Last month, we reported that Ford had filed to register the name “Warthog” with the United States Patent and Trademark Office (USPTO). At that time, we speculated that the name could be used on a forthcoming high-performance Ford Bronco variant. We also floated the idea that the Bronco Warthog could be the nameplate used on what we’ve been referring to as the Bronco Raptor for some time now. 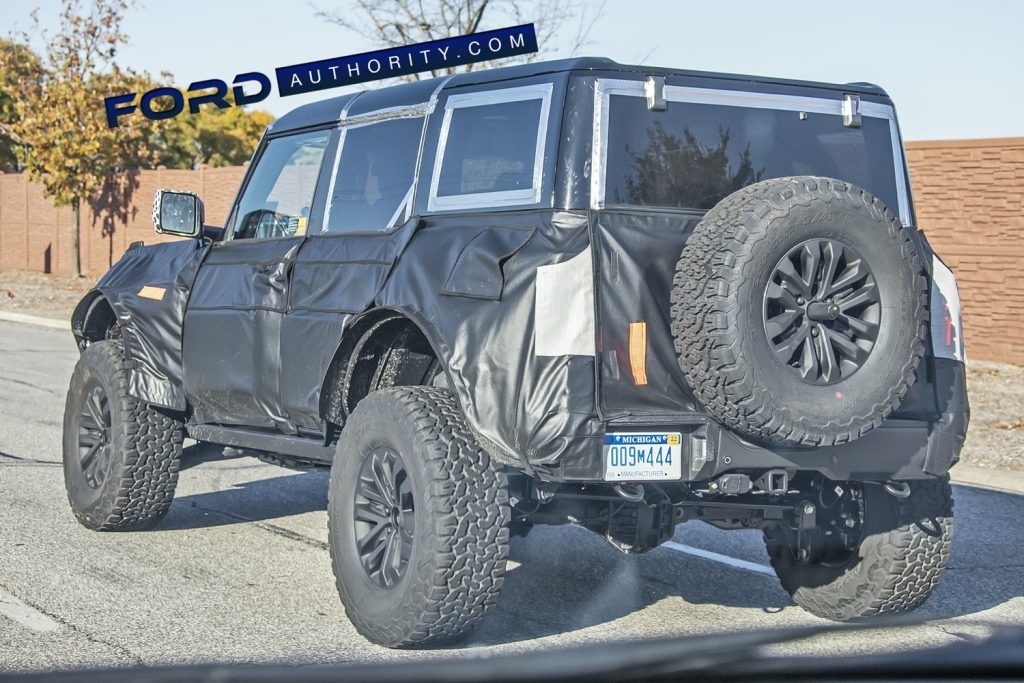 Now, we’ve received some confirmation that the Bronco Warthog is the prototype we’ve seen testing over the last few weeks, thanks to some new photos of the vehicle. In them, we can clearly see an added, camouflaged panel inside the wheel well that has “Warthog shock cover” written on it, presumably by Ford engineers. 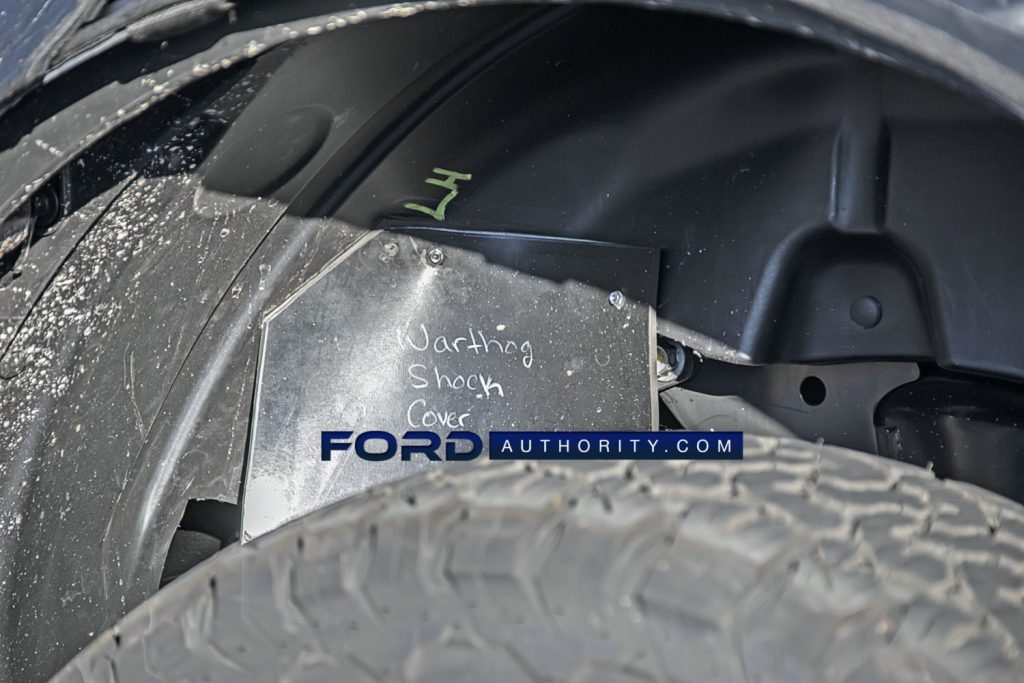 As was the case with our previous photos, this prototype Bronco is also wearing 17-inch Ford F-150 Raptor-like wheels and LT315/70R17 BFGoodrich KO2 All-Terrain T/A tires, as we previously uncovered. Those are the same size tires that will come on Sasquatch Package-equipped Broncos, however, unlike the Sasquatch, they aren’t beadlock-capable. 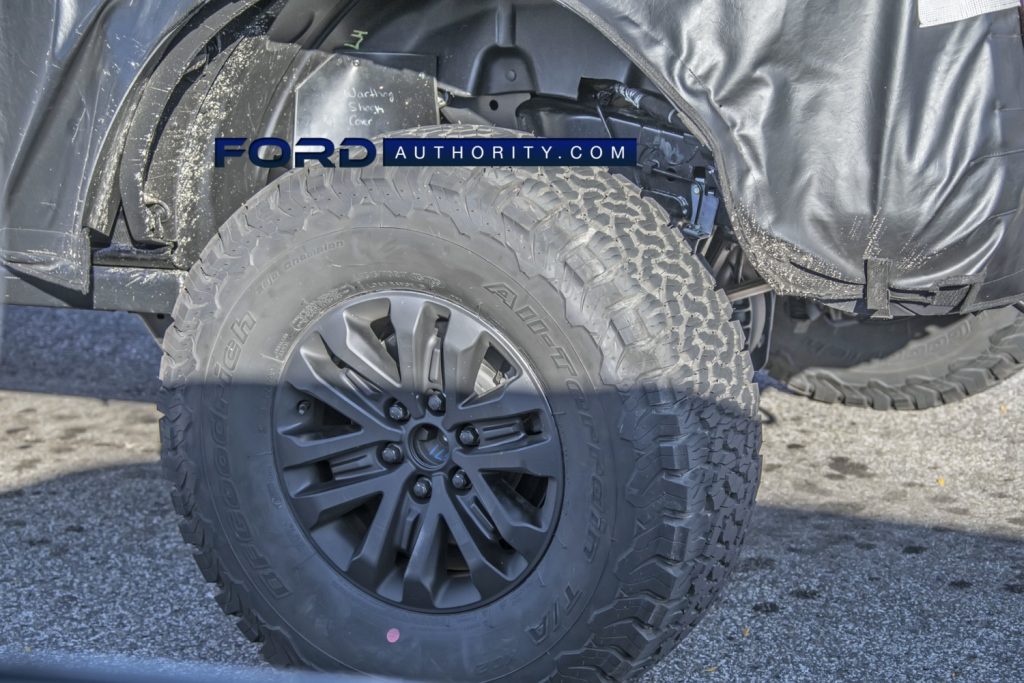 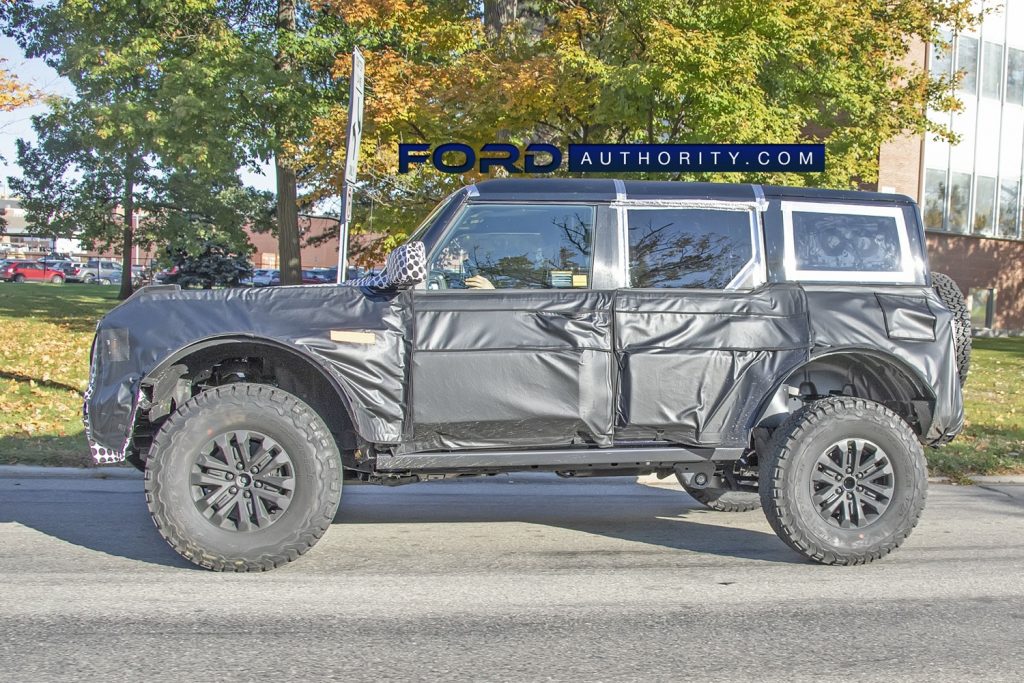 The Bronco Warthog will also feature unique front and rear fascias and bumper treatments, a single-exit, dual-tip exhaust located on the driver’s side, higher ground clearance and a wider stance than other Bronco variants, and more pronounced fenders. 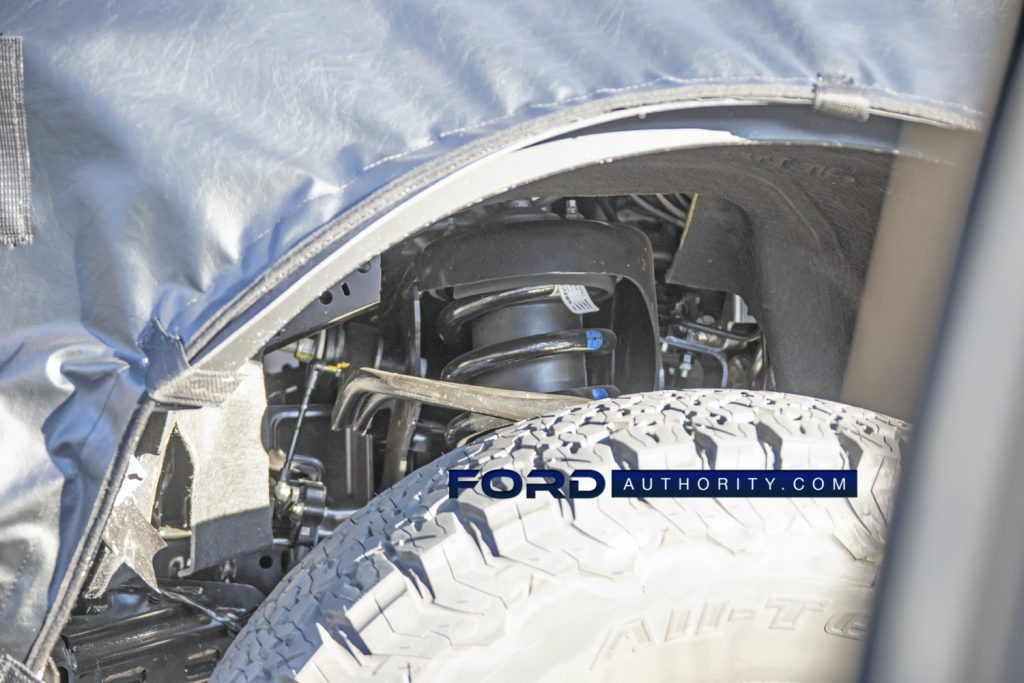