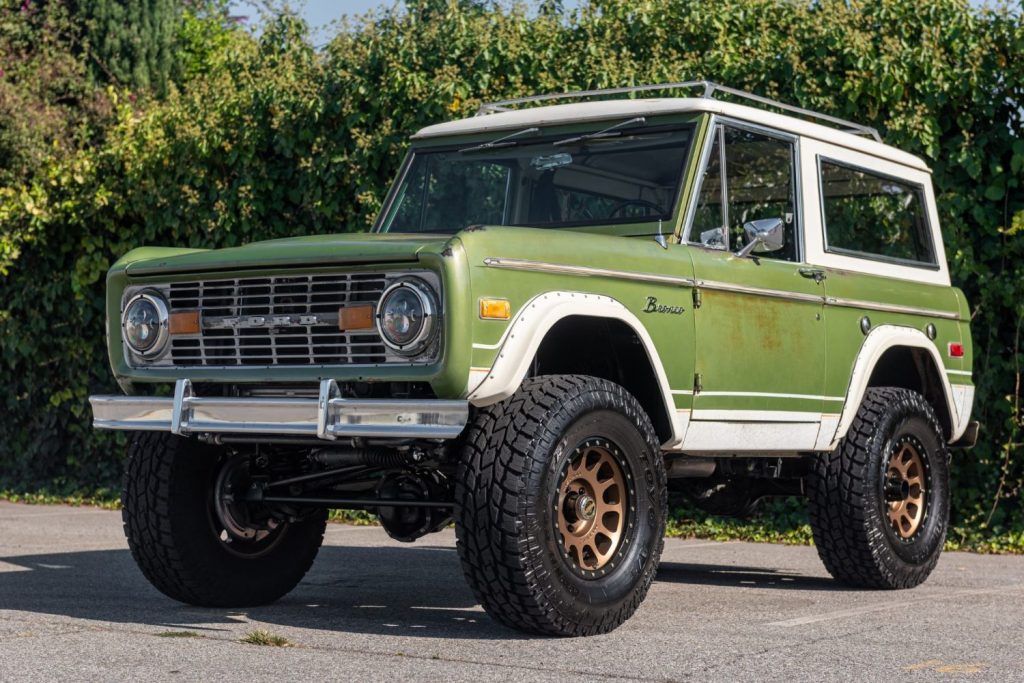 Virtually everyone on earth loves the first-gen Ford Bronco, and who can blame them? This is a vehicle that features some of the most iconic styling of any vehicle ever created, which is a big part of the reason why Blue Oval designers looked to recreate that magic with the 2021 Ford Bronco. But even though V8 power was available in these early rides, they certainly weren’t packing the kind of heat this Coyote-swapped 1975 Ford Bronco up for grabs at Bring a Trailer is. 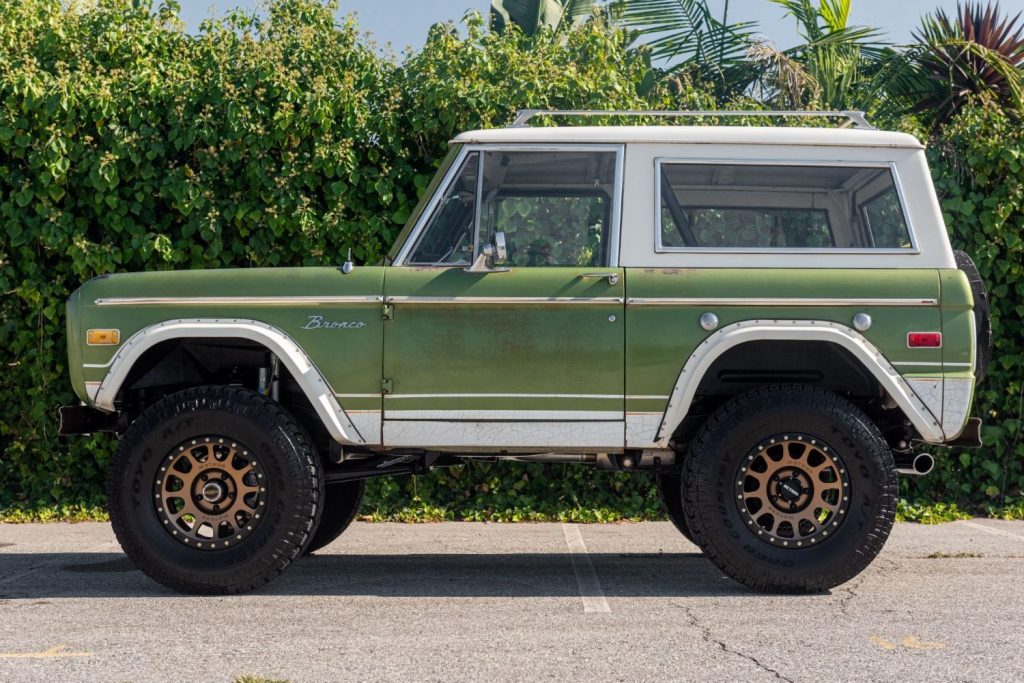 Yes, to us at least, an early, Coyote-swapped 1975 Ford Bronco represents essentially the best of both worlds – timeless, iconic styling, and modern power and reliability. And this ’75 Bronco is packing all of that in one tidy package. The seller purchased the SUV from the original owner just a couple of years ago, then set off completing its transformation. 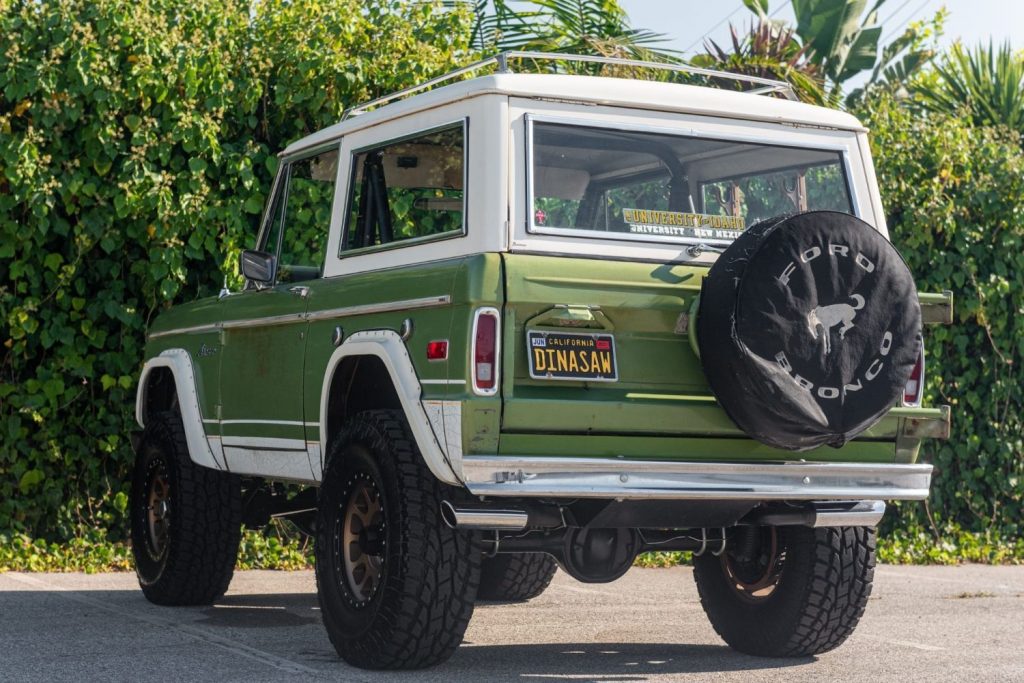 During that process, the body was removed from the frame so the undercarriage could be repaired and repainted, while rust on the inner panels was taken care of as well. The exterior, however, remains in mostly stock condition, save for the addition of fender flares, LED headlights, and 17-inch Method Race NV305 wheels wrapped in 35×12.5-inch Toyo Open Country A/T II tires. Finished in Medium Green Glow with white graphics, it certainly looks the part. 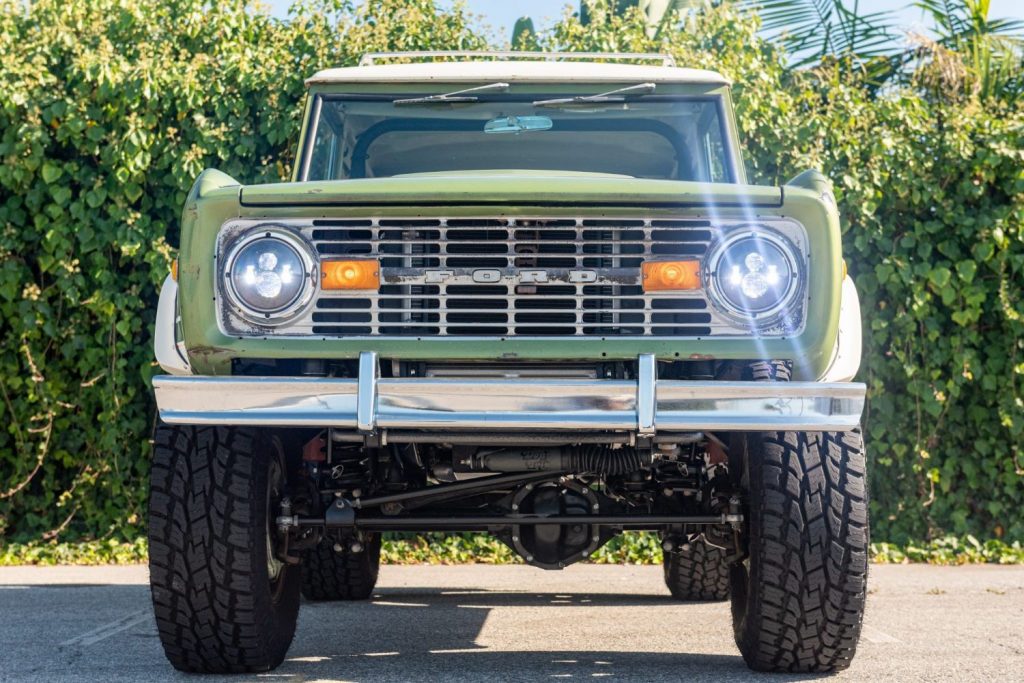 This classic Bronco sits up a little higher thanks to a 2.5-inch suspension lift with variable rate coil springs, Bilstein 7120 reservoir-style front shocks, and Bilstein 5100 rear shocks. Disc front brakes and power steering help make the vintage ride a little easier to tool around in, while the interior carries on the new/old theme with Vintage A/C and a RetroSound stereo mixed in with mostly stock threads. 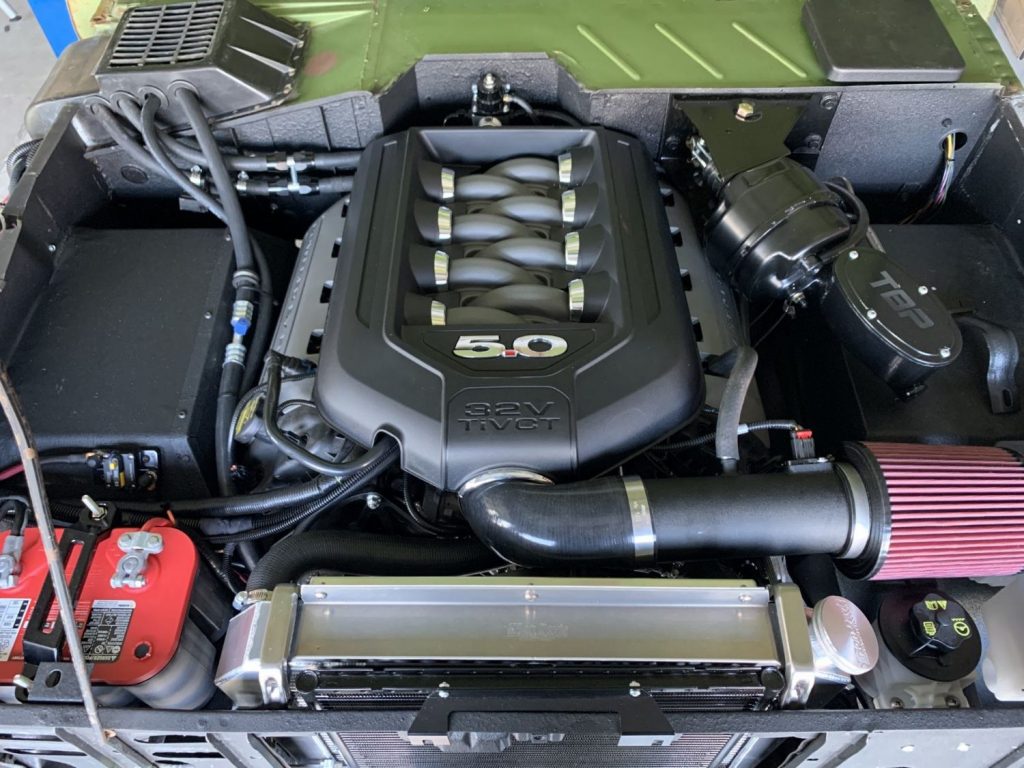 The Ford 5.0L Coyote V8 that lies under the hood is decidedly modern, however. It’s mated to a 6R80 six-speed automatic transmission, which sends power to the rear wheels via a 4.88-geared 9-inch Ford differential, or forward to a Dana 44 front diff with matching 4.88 gears. 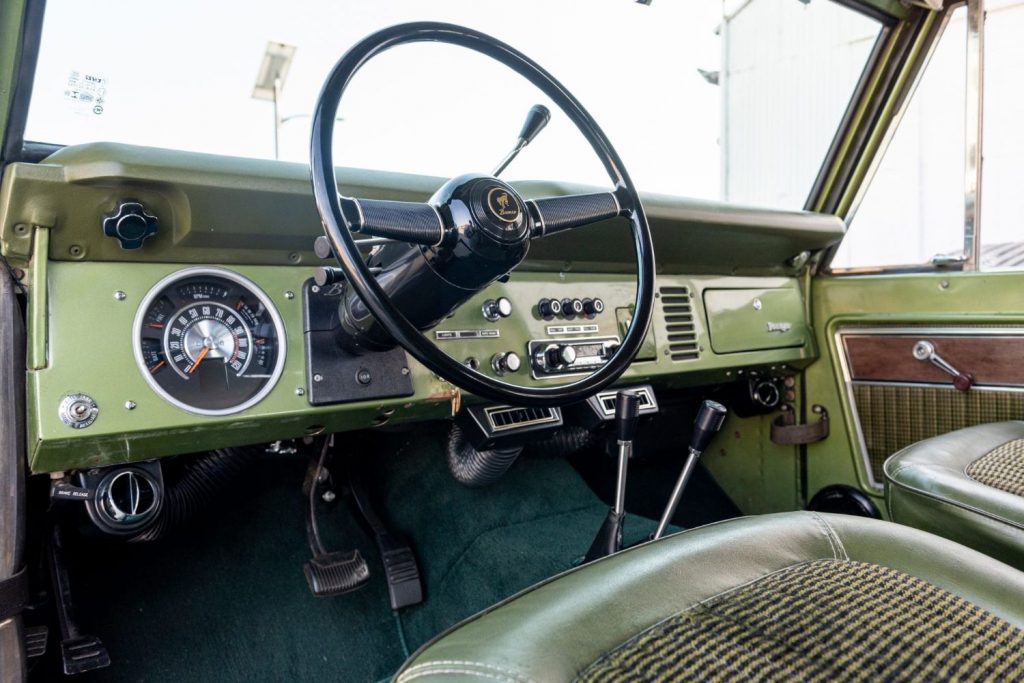 What’s interesting about this particular Bronco is that the seller left its exterior and interior patina intact, but we’re actually appreciative of that. If nothing else, it helps remind admirers that this particular vehicle is a timeless classic, one that forged a reputation built on capability – not just good looks.

We’ll have more cool classics like this to share soon, so be sure and subscribe to Ford Authority for more Ford Bronco news and around-the-clock Ford news coverage.