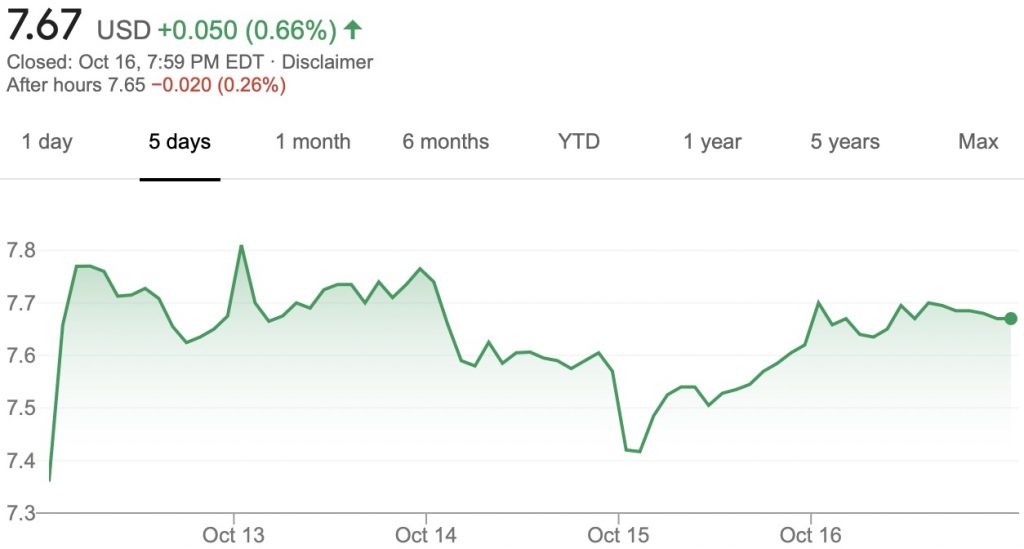 One of the leading factors in Ford stock values are Ford’s recently-reported Q3 2020 sales, which fell 5 percent to 551,796 units. The results represent a very healthy recovery in light of the COVID-19 pandemic.

Additionally, Ford sales were up 25 percent in China during the third quarter of 2020, building on the three percent growth in China experienced in the preceding quarter. Notably, Q3 2020 represented FoMoCo’s single biggest sales increase in China since 2016.

Investors recently found out about the relationship between The Blue Oval and Velodyne Lidar, in which Ford holds a 7.6 percent stake or 13.06 million shares. With Velodyne shares trading around $17.40 puts Ford’s stake at approximately $227.2 million. Velodyne is the exclusive provider of Light Detection and Ranging (LIDAR) sensory equipment for Ford’s autonomous vehicle projects.

Besides the Bronco and Bronco Sport, Ford also recently unveiled the all-new 2021 F-150 – its most profitable and revenue-generating product. The all-new half-ton, full-size pickup features a significant amount of updates and new features, along with an all-new exterior and cabin.

Production of the 2021 F-150 started on September 17th, 2020 at the Ford Dearborn Truck plant within the Ford Rouge Center complex. The truck will see a gradual rollout before hitting full stride in roughly two or three quarters following the start of production. Additionally, Ford just announced a new plant within the Rouge Center. Termed the Ford electric vehicle center, the new facility will build the upcoming electric F-150, which is slated for launch in 2022.

Ford stock has seen historically-low values during the COVID-19 pandemic, with some being the lowest recorded in over a decade. This week’s $6.89 per share price places the value $2.53 below the $9.42 per share mark at which Ford stock opened the 2020 calendar year.

In late 2020, the very first units of the all-new Ford Mustang Mach-E will begin arriving at dealers. The Mach-E is an electric, four-door crossover-like hatch inspired by the legendary Mustang pony car. The Mustang Mach-E demonstrates that Ford isn’t afraid to redefine legendary nameplates, and recreate them in new body styles and as new vehicle types. The automaker sold out the introductory Mustang Mach-E First Edition variant – a promising development that should serve as an indicator of future Ford share values. However, First Editions of the vehicle recently became available once again as a result of higher production. Additionally, Ford Authority was recently first to report official pricing for the 2021 Mach-E, which will start at $43,895.