The Ford Crown Victoria was a beloved model, one of the last full-size, body-on-frame, V8-powered American sedans in existence. That fascination continues today, years after the Crown Victoria was ultimately discontinued, and we still see quite a few cool, modified examples out there on a regular basis. These particular NASCAR-inspired Crown Vic renderings don’t depict a real car, but they’ve got us convinced that it needs to be. 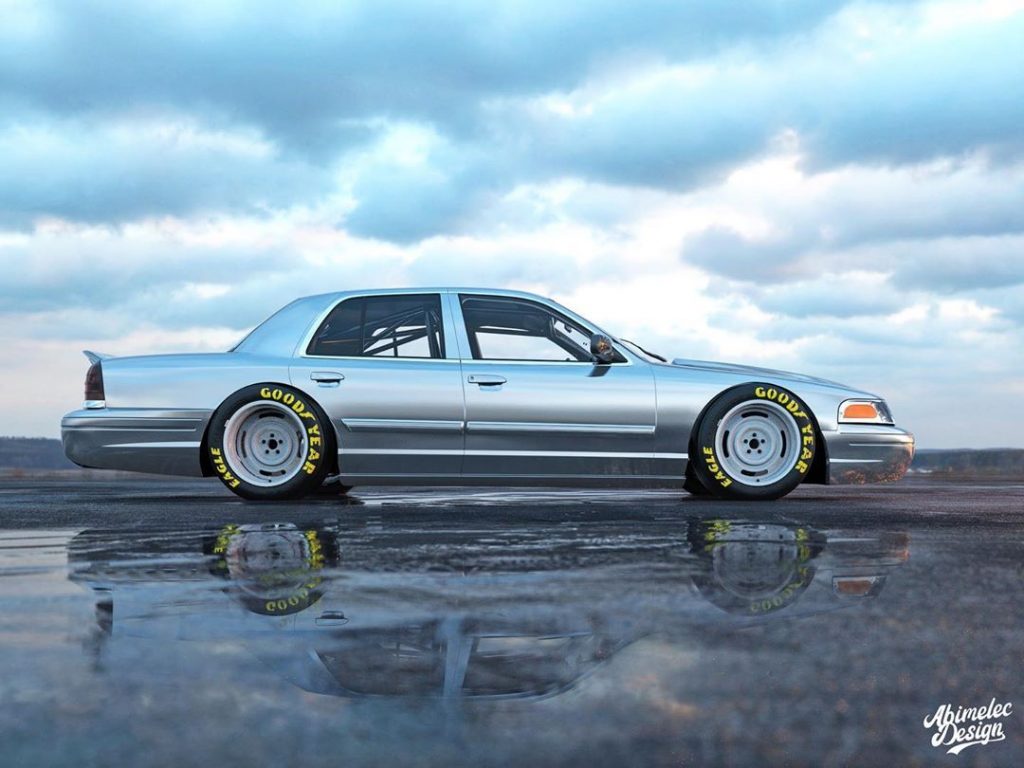 This sweet bunch of artwork comes to us from Abimelec Design, who we’ve featured several times in the past, mostly because he comes up with some of the coolest ideas around. This Crown Vic certainly fits in that category, with its cut-up fenders making room for a set of steelie wheels and massive Goodyear Eagle slicks. 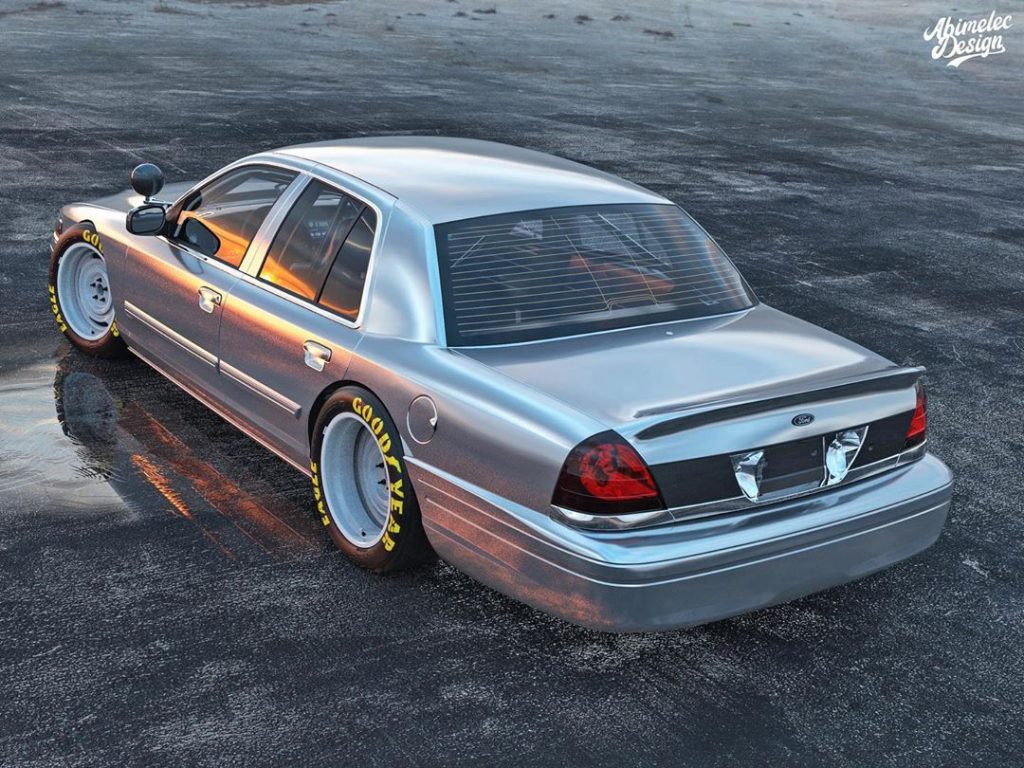 There’s also a full cage inside the car, as we’d expect from a track-inspired rig. Otherwise, a rear trunk spoiler is basically the only external modification. Unless you can call the spotlight, a fixture on the Police Interceptor version of these cars, a mod. However, what lies under the removable hood is anything but stock. 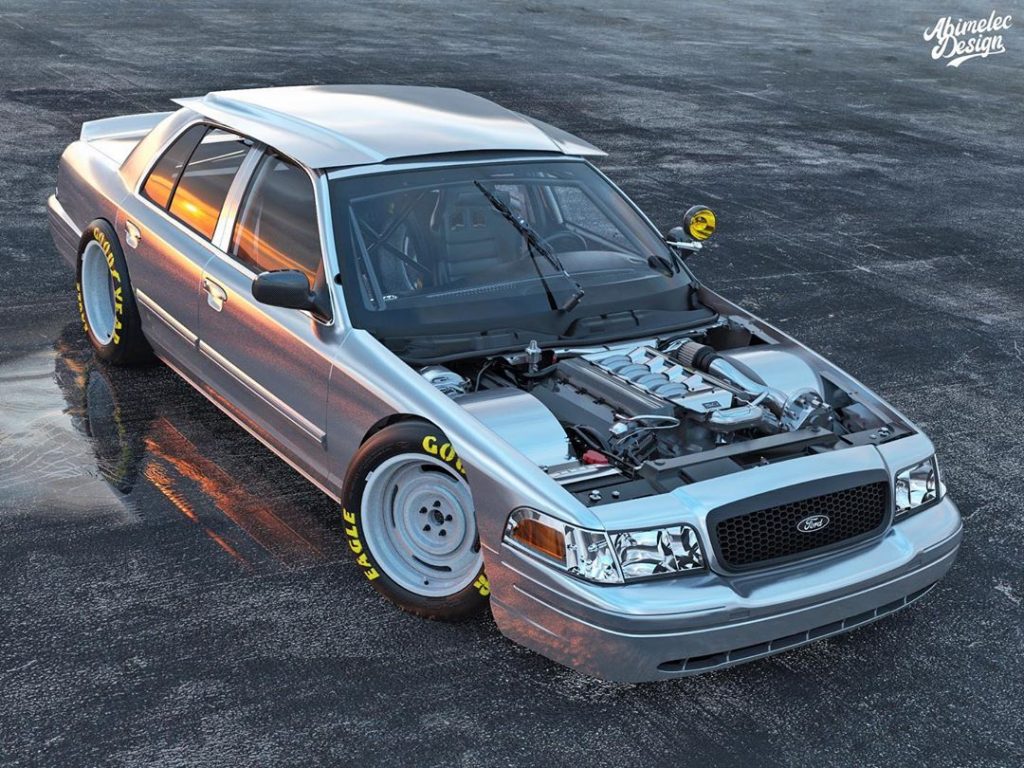 Lurking in the big sedan’s engine bay lies a Ford 5.0L Coyote V8, which is not stock, but rather fitted with a Procharger. As far as output goes, well, we can certainly use our imaginations here. Regardless, the underhood area looks incredibly tidy, as is usually the case with these renderings, and we’re digging the simple but effective looking build.

I loooove cutting up fenders in cars and making them look like dirt track or Nascar race cars. This Crown Victoria was a lot of fun to make. That’s a Procharged Coyote under the removable hood and wide, wide rubber wrapping wide, wide steelies. What do you think? Would you rock it as is or maybe with a different engine? Have a great day people! . . . . . . . . #ford #crown #victoria #lowered #chopped #custom #chrome #v8 #supercharged #procharger #procharged #coyote #fiveoh #goodyear #4door #3d #rendering

It’s almost enough to make us want to go out and secure a cheap, used Crown Vic PI and recreate this ourselves. Outside of the drivetrain, it certainly wouldn’t cost much to replicate. And when we’re done, we’d have one of the cooler-looking race cars in town, for sure.

We’ll have more cool renderings like this to share soon, so be sure and subscribe to Ford Authority for more Crown Victoria news and ongoing Ford news coverage.