Back in early August, Ford Authority reported that the next-gen F-150 Raptor was ditching its leaf spring suspension for a new coil spring setup. This move was confirmed by some spy shots of a pre-production Ford F-150 Raptor that clearly showed a set of coil springs placed where the Fox shocks reside on the current model, while the shocks were moved forward ahead of the rear axle. Now, we have some brand new photos that give us an even clearer look at this big change. 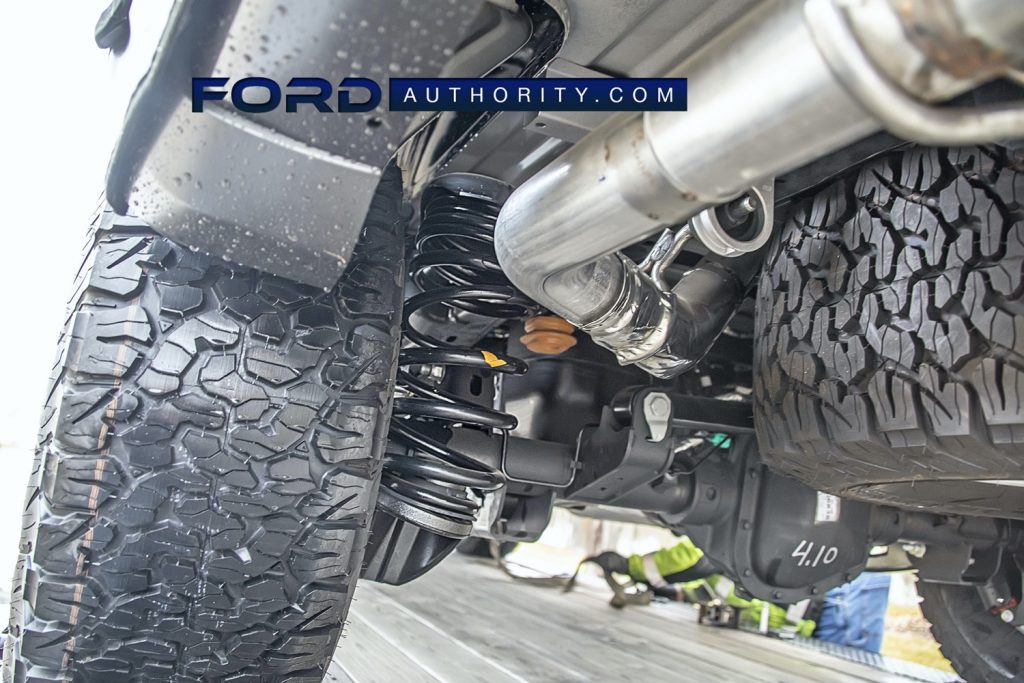 Previous prototypes were wearing some elaborate camouflage designed specifically to hide the new suspension system. This time around, however, this differently-disguised, next-gen F-150 Raptor prototype is not wearing any sort of suspension camo, giving us a very good look at what lies beneath the off-road focused pickup. 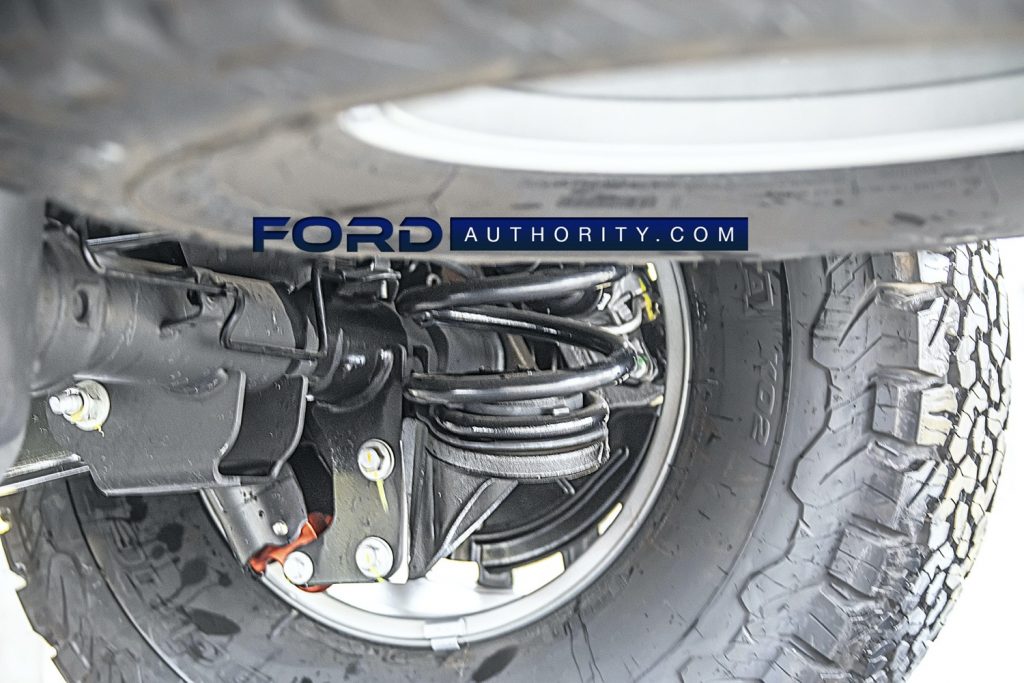 As previously thought, that is a coil spring suspension, which replaces the leaf spring setup present on every F-150 Raptor produced to date. The setup is similar to what will be fitted to the forthcoming Ram TRX, which is set to become the Raptor’s direct rival when it launches for the 2021 model year. What’s even more interesting is that there’s writing visible on the rear differential that reads “4.10,” which could point to the gear ratio inside. 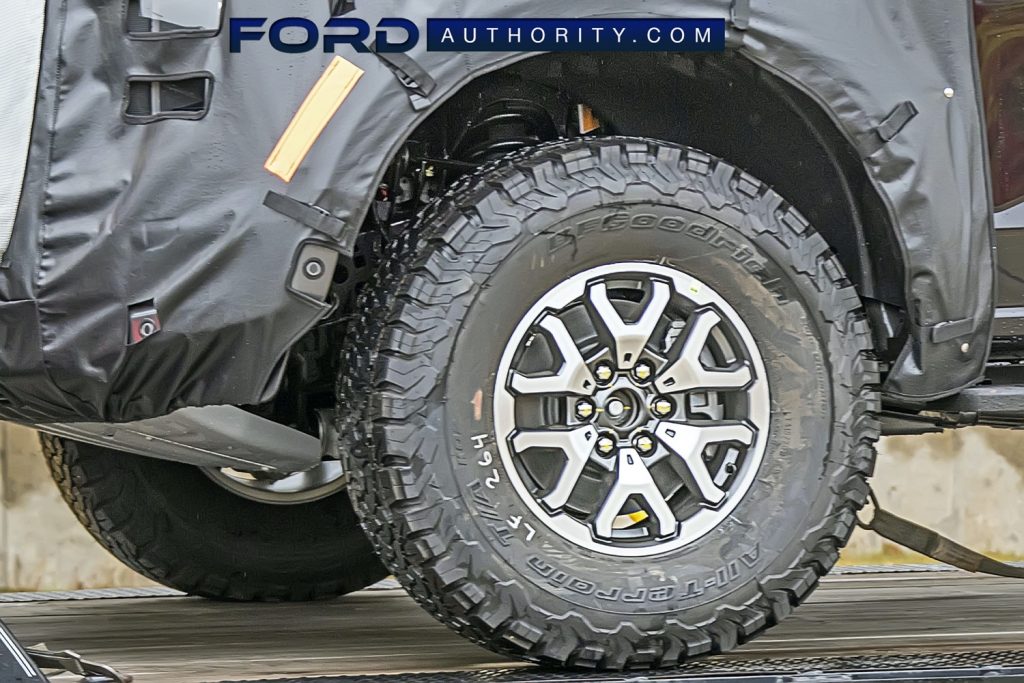 The next-gen F-150 Raptor is expected to launch for the 2021 model year, though we have our doubts. It may drop the SuperCab option and be offered as a SuperCrew only, as we recently reported. 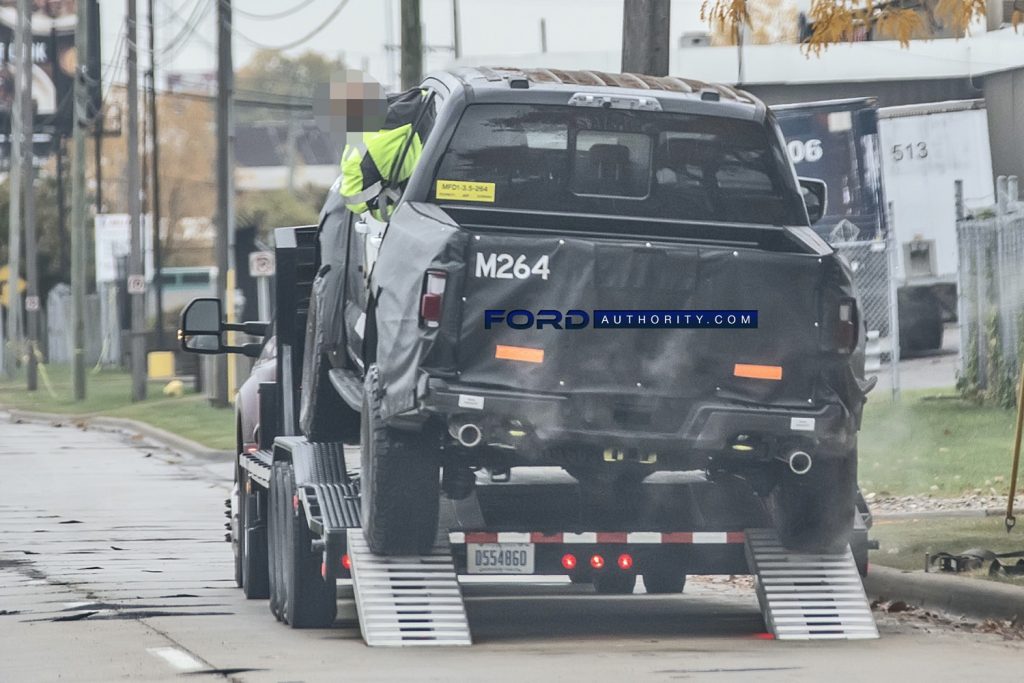 Regardless, the third-gen Raptor will be available with two different engines – either a more powerful version of Ford’s new 3.5L PowerBoost V6 hybrid or a revamped version of Ford’s 3.5L EcoBoost V6 High Output used in the last-gen F-150 Limited and Raptor models, and the supercharged 5.2L Predator V8 from the 2020 Ford Mustang Shelby GT500, detuned a bit to somewhere between 725 and 750 horsepower.