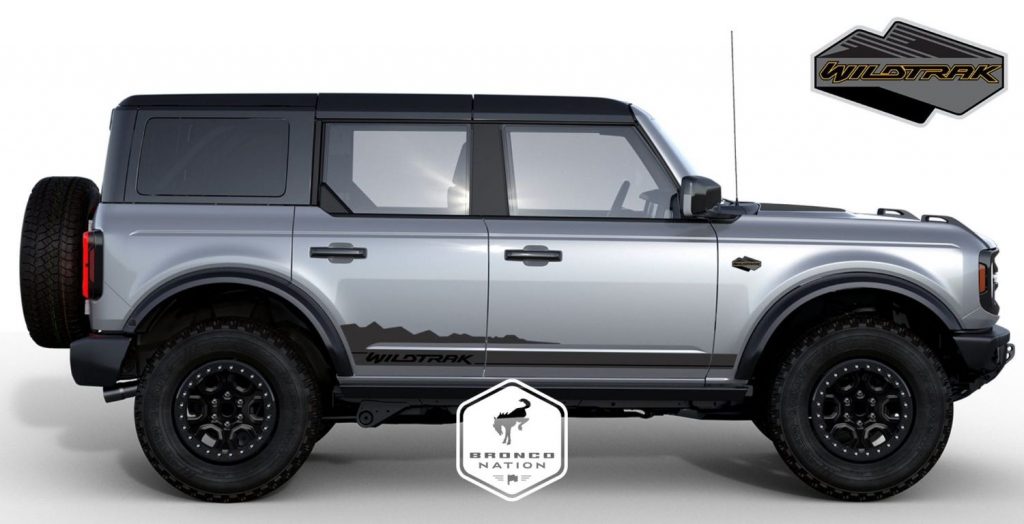 First up are a set of graphics for the sides of the Bronco Wildtrak, which will be positioned at the bottom of the doors. These look much like the silhouette of a mountain range, and appear to be finished in a darker gray color on this Iconic Silver Bronco two and four-door. At the bottom of the graphic lies “Wildtrak” script in a special font. 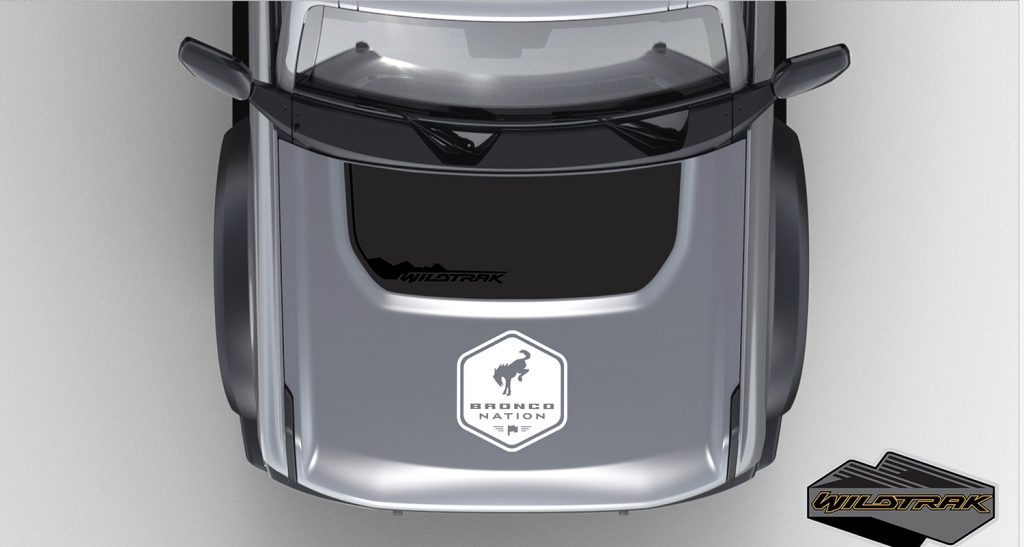 Looking down from the top of the vehicle, the hood graphic is finished in the same color and covers the hood bulge completely. Like the side graphics, it has Wildtrak script on it as well, located in the bottom left hand corner. Above that script lies another mountain range silhouette.th

According to Bronco Nation, these graphics appear to be a vehicle personalization option, which means they won’t come standard on the Wildtrak. This is similar to what we’ve seen in the past with vehicles like the Ford F-150 Raptor and the new Ford Ranger Tremor, which offer graphics packages as an option at an additional cost. 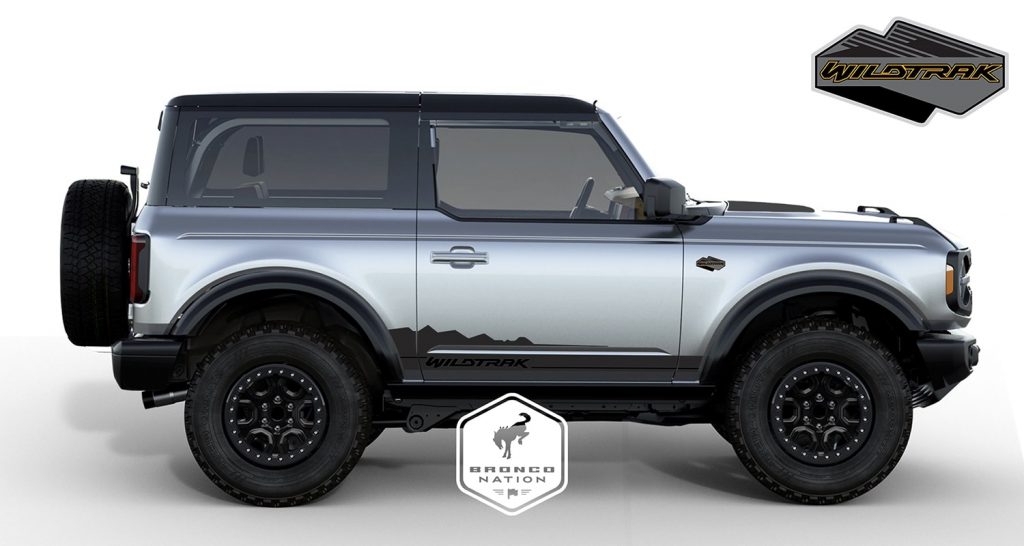 Those interested in building their own Bronco can do so right now, as the SUV’s configurator just launched last week. To date, Ford has secured over 190,000 Bronco reservations from eager fans, and nearly a half-million Broncos have been built using the configurator. Reservation holders can begin converting them into actual orders beginning in December, with deliveries scheduled to start next spring.

We’ll have much more on the 2021 Bronco soon, so be sure and subscribe to Ford Authority for more Ford Bronco news and ongoing Ford news coverage.