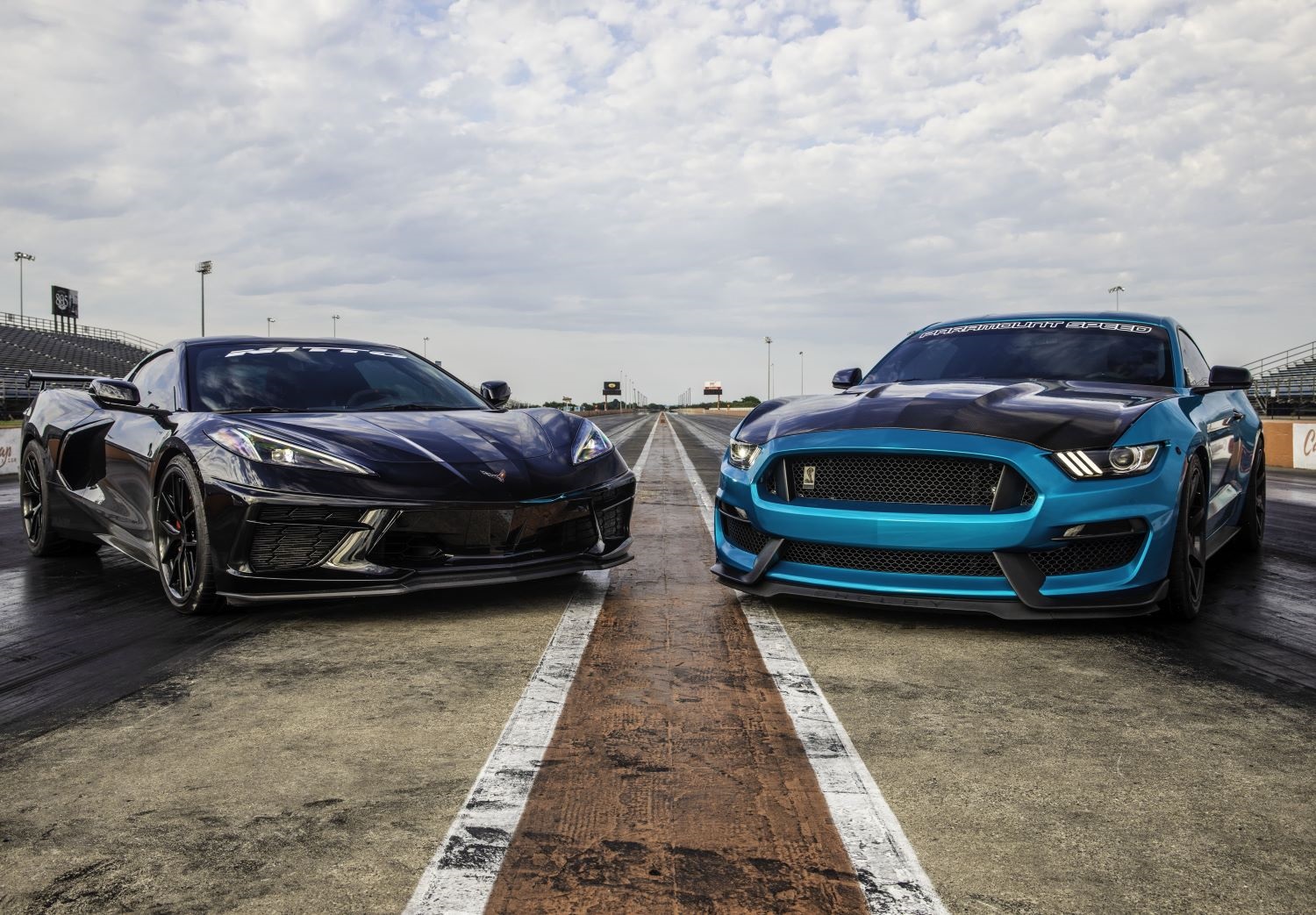 There’s no denying that the Shelby GT350 and its wicked-sounding 5.2L Voodoo V8 make for one capable platform. Giving the flat-plane crank V8 a dose of forced induction is enough on its own to unleash a few hundred extra horsepower, as is the case with Ford’s 5.0L Coyote V8, also. But while this supercharged Shelby GT350 makes a ton of power thanks to a 3.0L Whipple supercharger, it also has a bit of trouble putting that power to the ground effectively enough to outrun a C8 Corvette Z51. 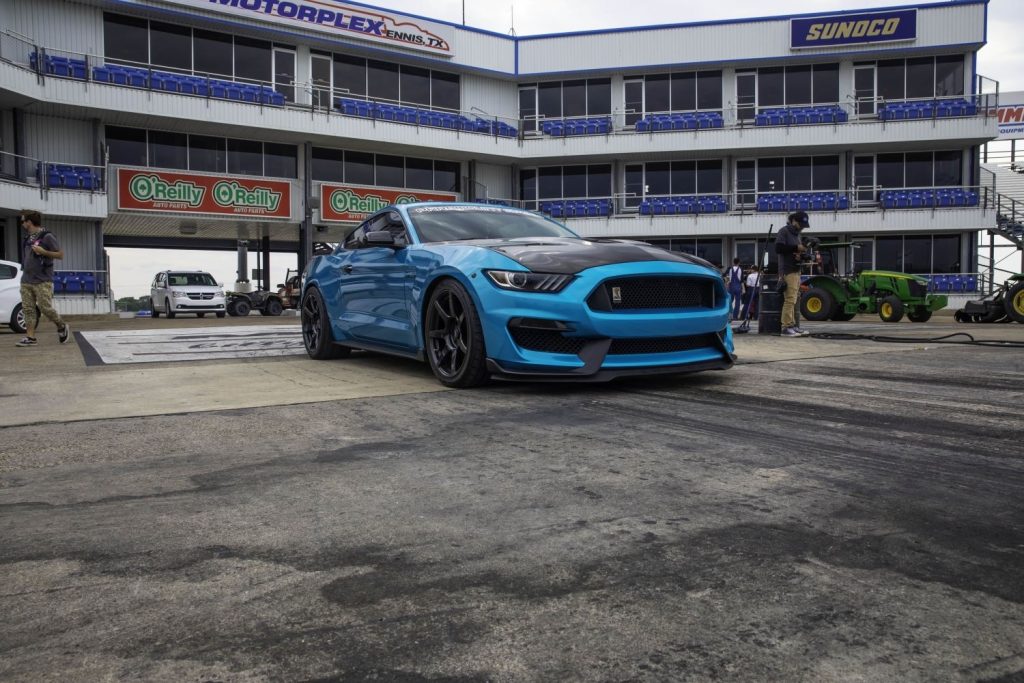 It’s a fascinating battle of physics, if nothing else. The newest Corvette with the Z51 package comes packing a 6.2L LT2 V8 that produces 495 horsepower and 470 pound-feet of torque, but more importantly, it puts that power to the ground rather effectively. The car’s new mid-engine layout, quick-shifting dual-clutch automatic transmission, and some clever engineering help the car go from 0-60 miles-per-hour in just 2.9 seconds – an impressive feat given its relatively modest output. 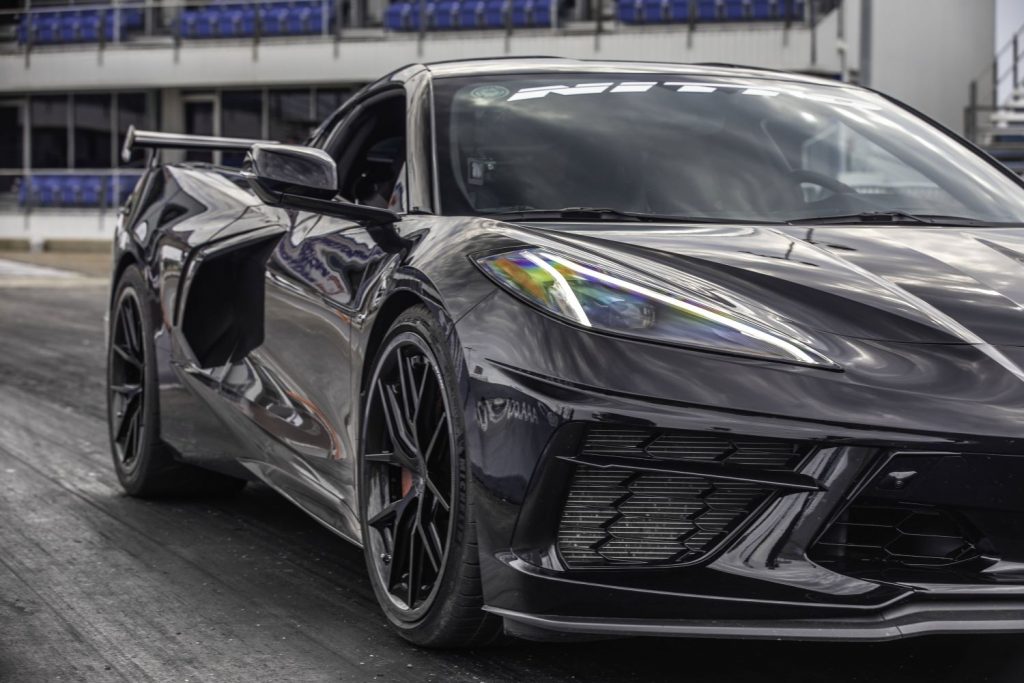 The supercharged Shelby GT350 in this showdown, on the other hand, is more of a hammer than a precision piece of cutlery. Thanks to the big blower, it lays down 875 horsepower, which is more than enough to overwhelm even a set of stickier Nitto NT555RII tires out back. Further complicating matters is the fact that the Shelby’s owner is admittedly a novice on the drag strip, while the Corvette’s driver has been racing his entire life. 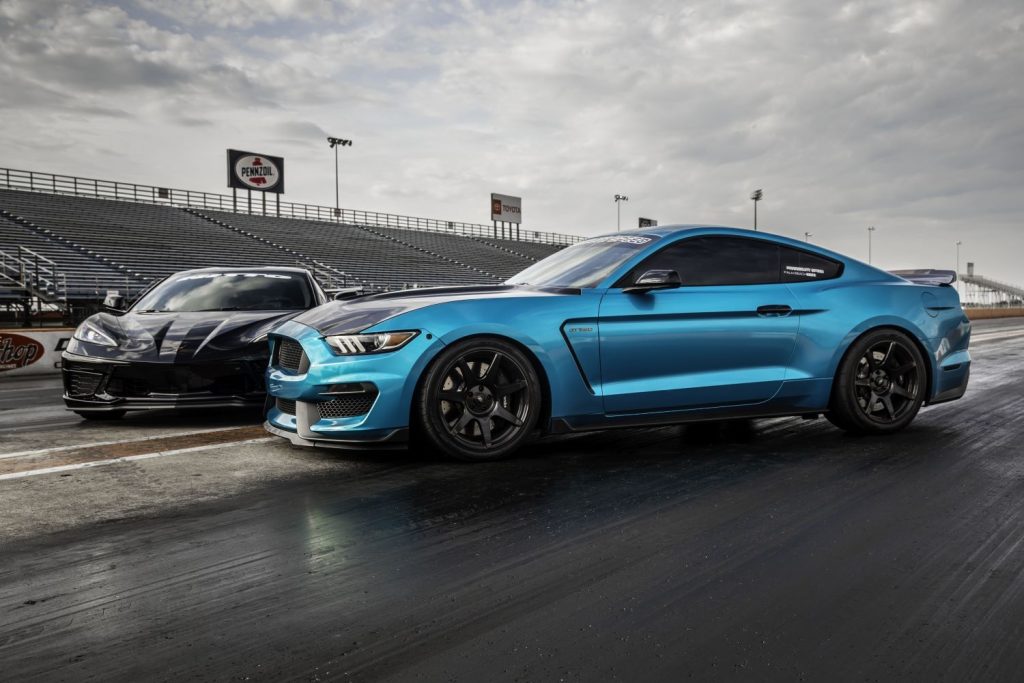 On practice run number one, those problems are on full display as the Ford Mustang Shelby can’t hook off the line. The Corvette jumps out to a quick lead, but by the end, the GT350 makes up a ton of ground and runs an 11.8 to finish barely behind the C8, which ran an 11.6. On the second practice run, the Shelby driver red-lighted, making for a premature loss. 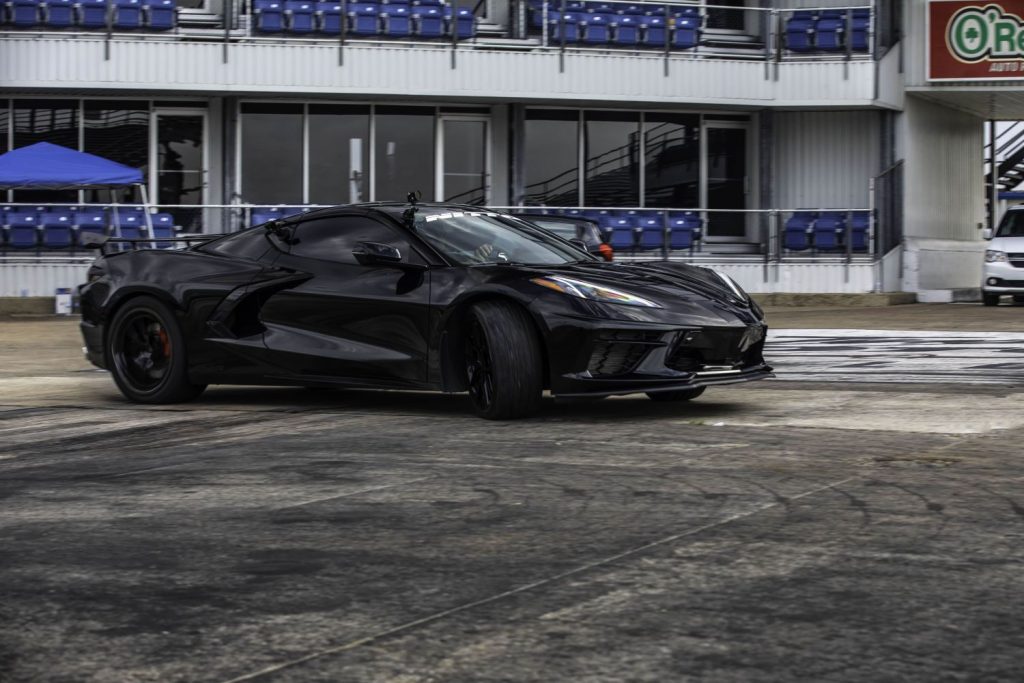 Finally, the two race for real, and amazingly enough, both run an 11.8 this time around. But the C8 driver cut a near-perfect light, which gave him the win. To take the cars out of the equation, the two then hop in a Chevrolet Spark and spar down the track, and the Corvette driver takes home that trophy as well, proving that he’s the superior driver. Not that this should come as a surprise given the vast experience gap between the two.

In the end, this showdown between a supercharged Shelby GT350 and stock C8 proves that there are far more factors at play in the world of drag racing than just big dyno numbers. A car can make all the power in the world, but if it can’t put that power to the ground, it’ll lose to a less powerful car nine times out of ten.

We’ll have more cool videos like this to share soon, so be sure to subscribe to Ford Authority for more Ford Mustang news, Mustang Shelby GT350 news, and around-the-clock Ford news coverage. 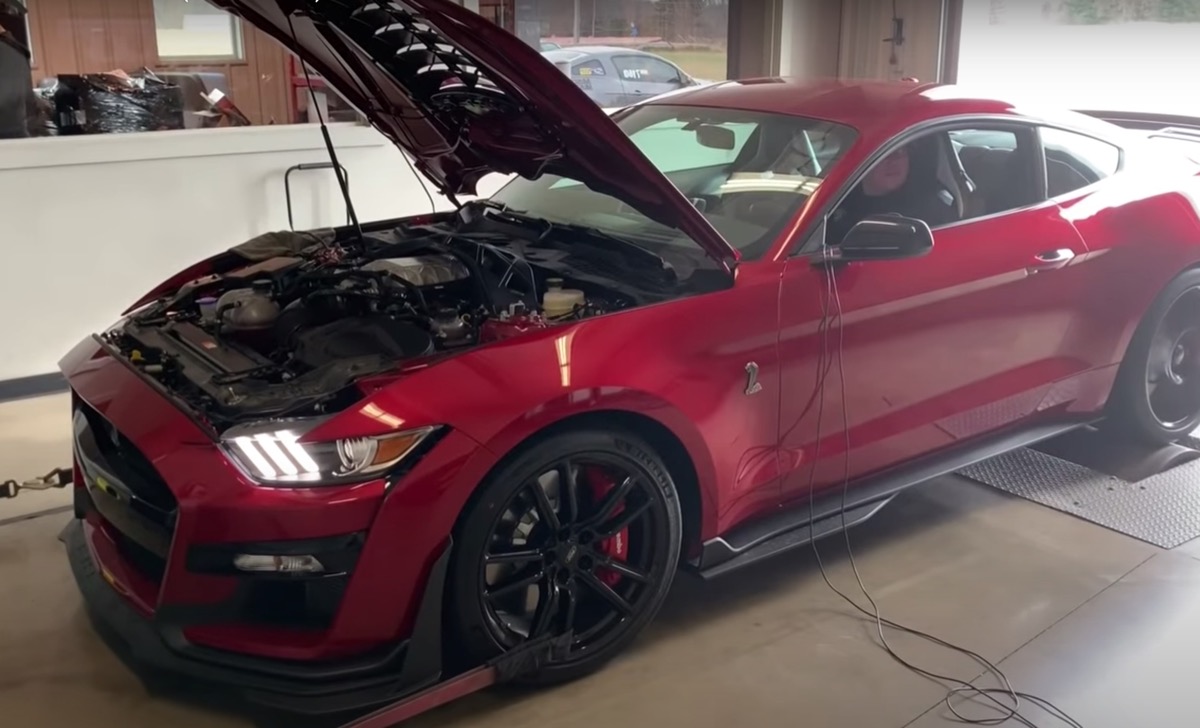