In recent weeks, we’ve seen a number of third-gen F-150 Raptor prototypes driving around. The camouflage on these trucks has varied somewhat, giving us a sneak peek at a number of features expected to be present on the new Ford F-150 Raptor. But one thing that was seemingly missing from earlier prototypes was the Raptor’s signature front grille, which on previous generations sported large “Ford” script. 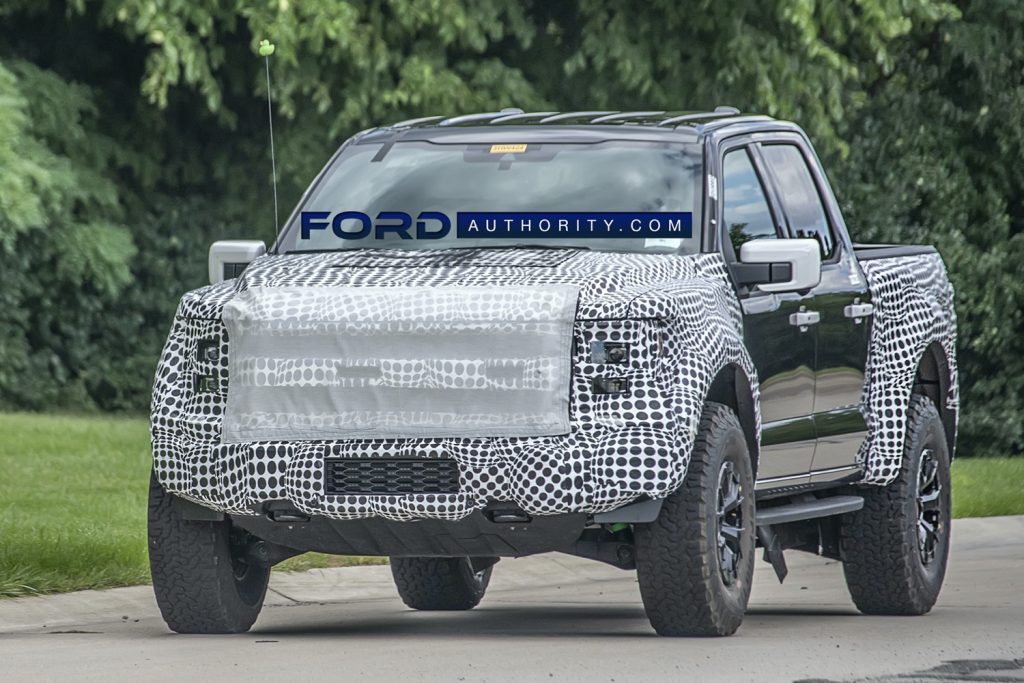 Now, some new spy shots seem to indicate that this somewhat iconic trim piece will in fact live on with the upcoming third-gen F-150 Raptor. The most recent prototype seen testing still has quite a bit of camo disguising the front end, but a much lighter white mesh covering the grille. The majority of the grille’s crossbar is now visible, which gives us a better look at what’s going on underneath. 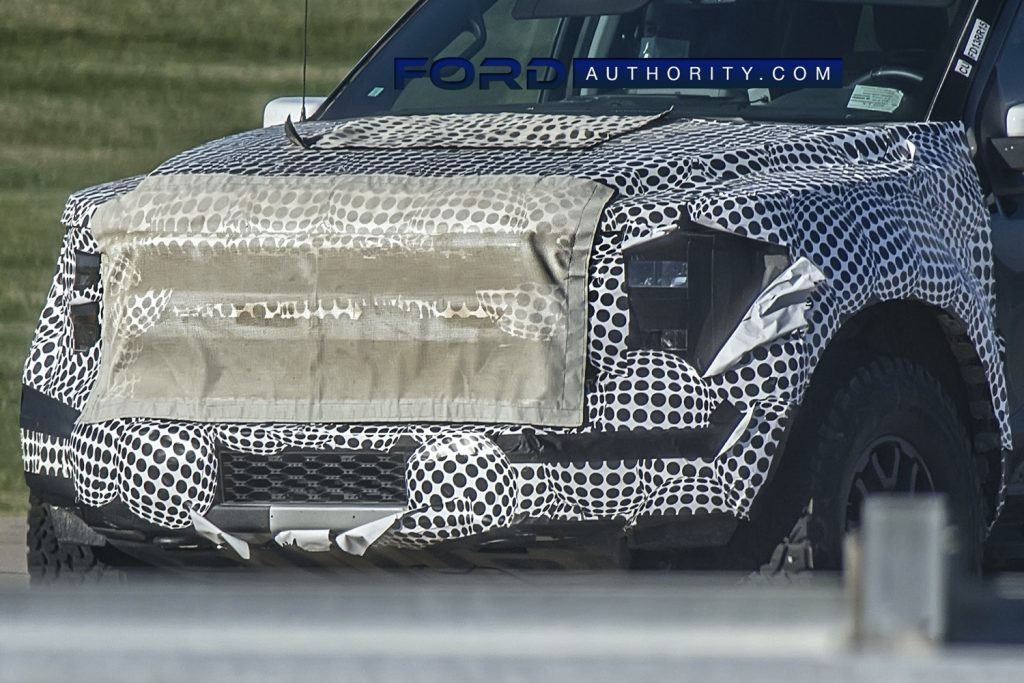 These new pictures seem to indicate that the “Ford” lettering still exists on the front grille. While we can’t see the letters themselves, there are two visible pass-through “holes” in the crossbar, which would seem to indicate the location of the “O” and the “D” in “Ford,” placed exactly where they should be. 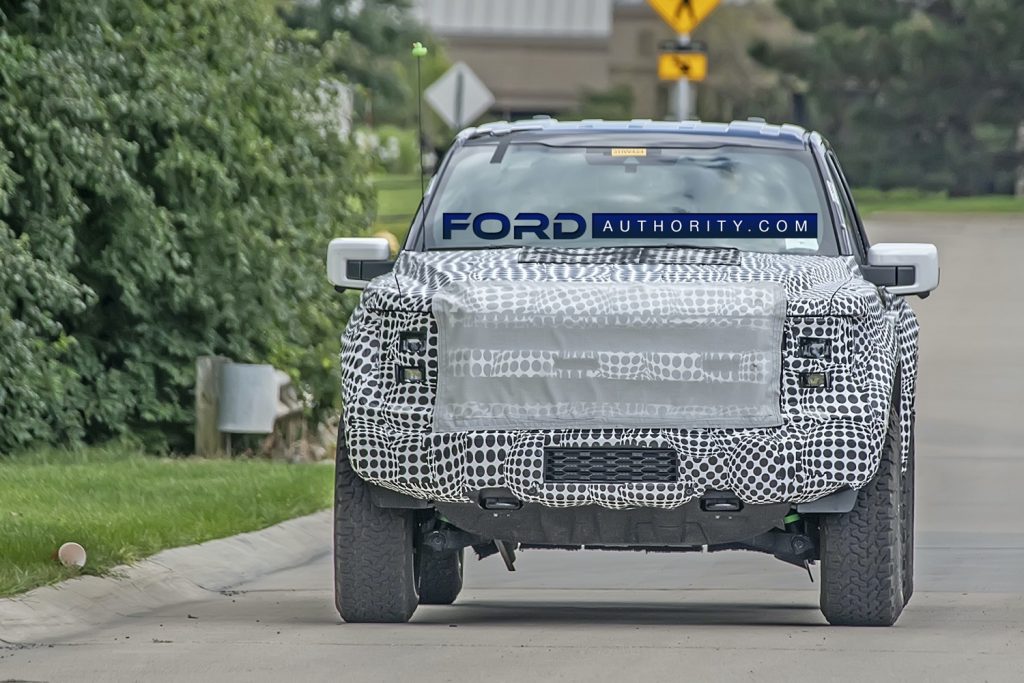 It makes sense for Ford to continue offering this bold front grille on the third-gen F-150 Raptor, as it’s become a signature, defining styling element of the rugged off-road model. Plus, the upcoming Ram TRX – the Raptor’s main competitor – will also feature a front grille with “Ram” written in bold letters as well. 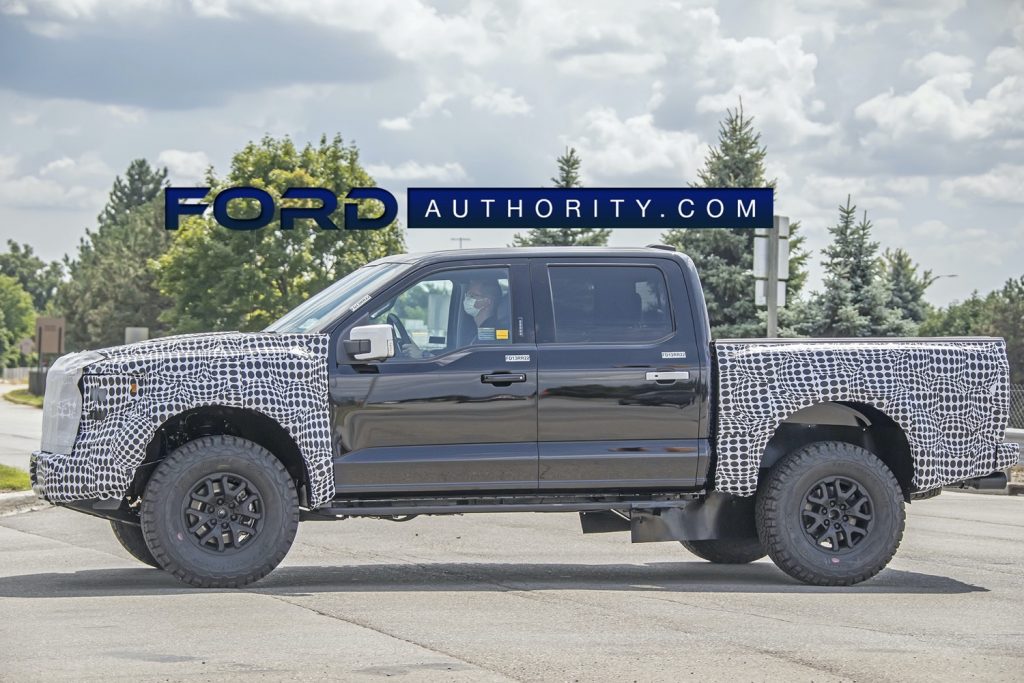 Just yesterday, we showed some additional spy photos of the upcoming Raptor that give us our best look at its new coil spring suspension, which replaces the outgoing leaf spring setup. The new suspension layout, which we originally reported on back in August, also sees the familiar Fox shocks moved in front of the rear axle. 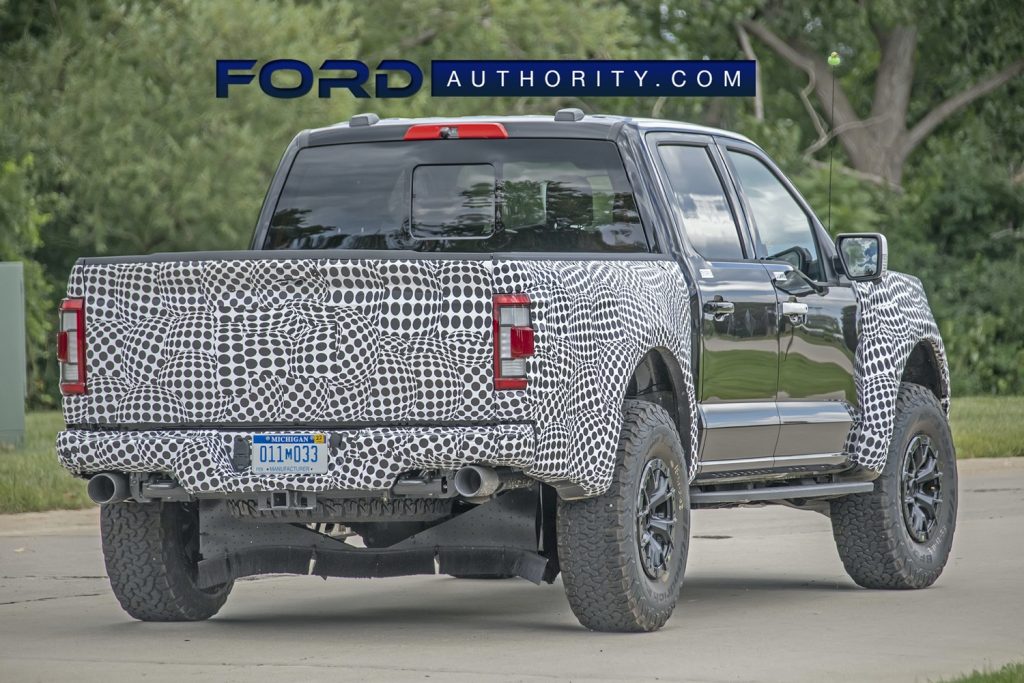 The next-gen F-150 Raptor is expected to launch for the 2021 model year, though we have our doubts. It may drop the SuperCab option and be offered as a SuperCrew only, as we recently reported. It will be available with two different engines – either a more powerful version of Ford’s new 3.5L PowerBoost V6 hybrid or a revamped version of Ford’s 3.5L EcoBoost V6 High Output used in the last-gen F-150 Limited and Raptor models, and the supercharged 5.2L Predator V8 from the 2020 Ford Mustang Shelby GT500, detuned a bit to somewhere between 725 and 750 horsepower.

We’ll have more on the next-gen Raptor very soon, so be sure and subscribe to Ford Authority for the latest Ford F-Series news, Ford F-150 news, F-150 Ford Raptor news, and 24/7 Ford news coverage. 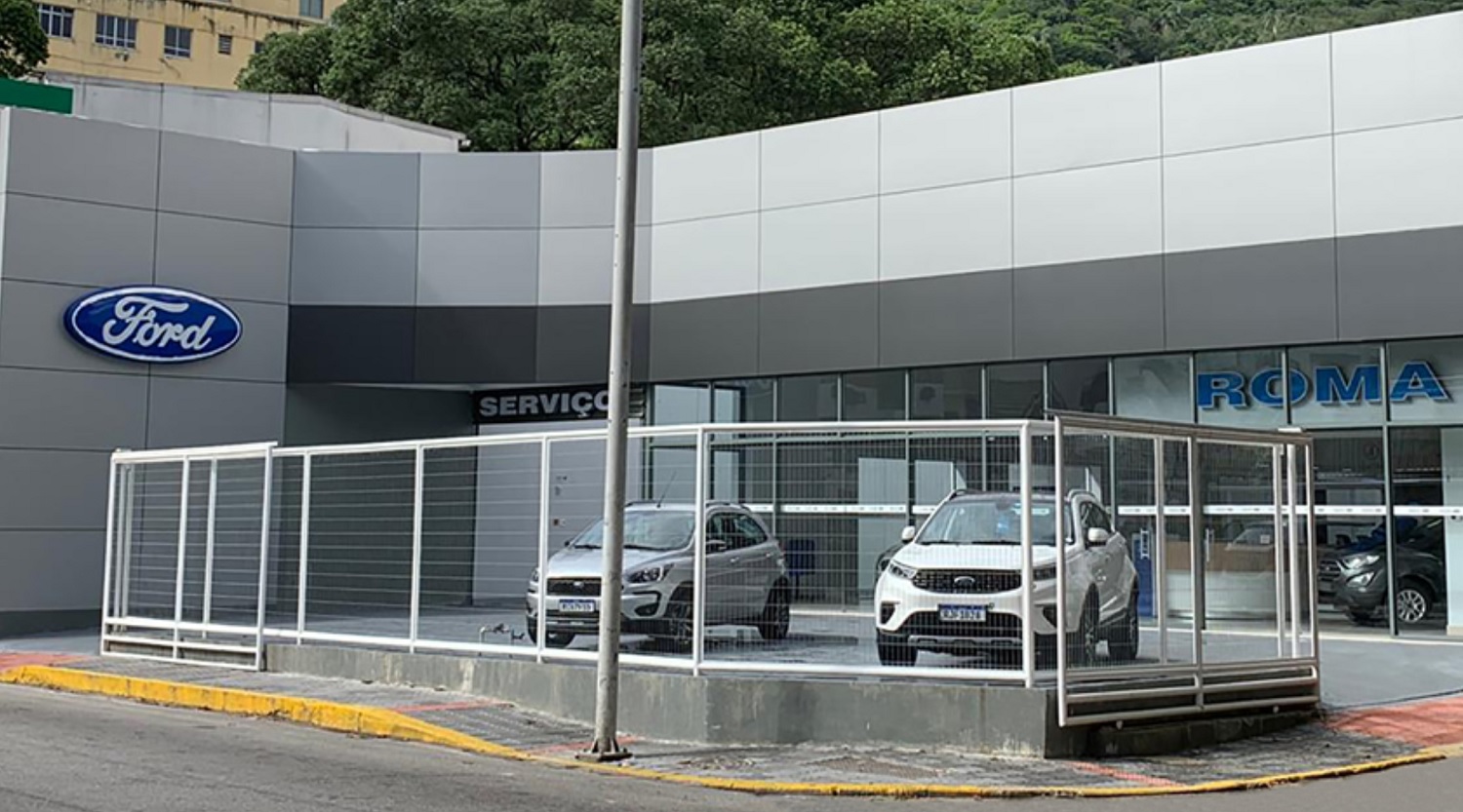 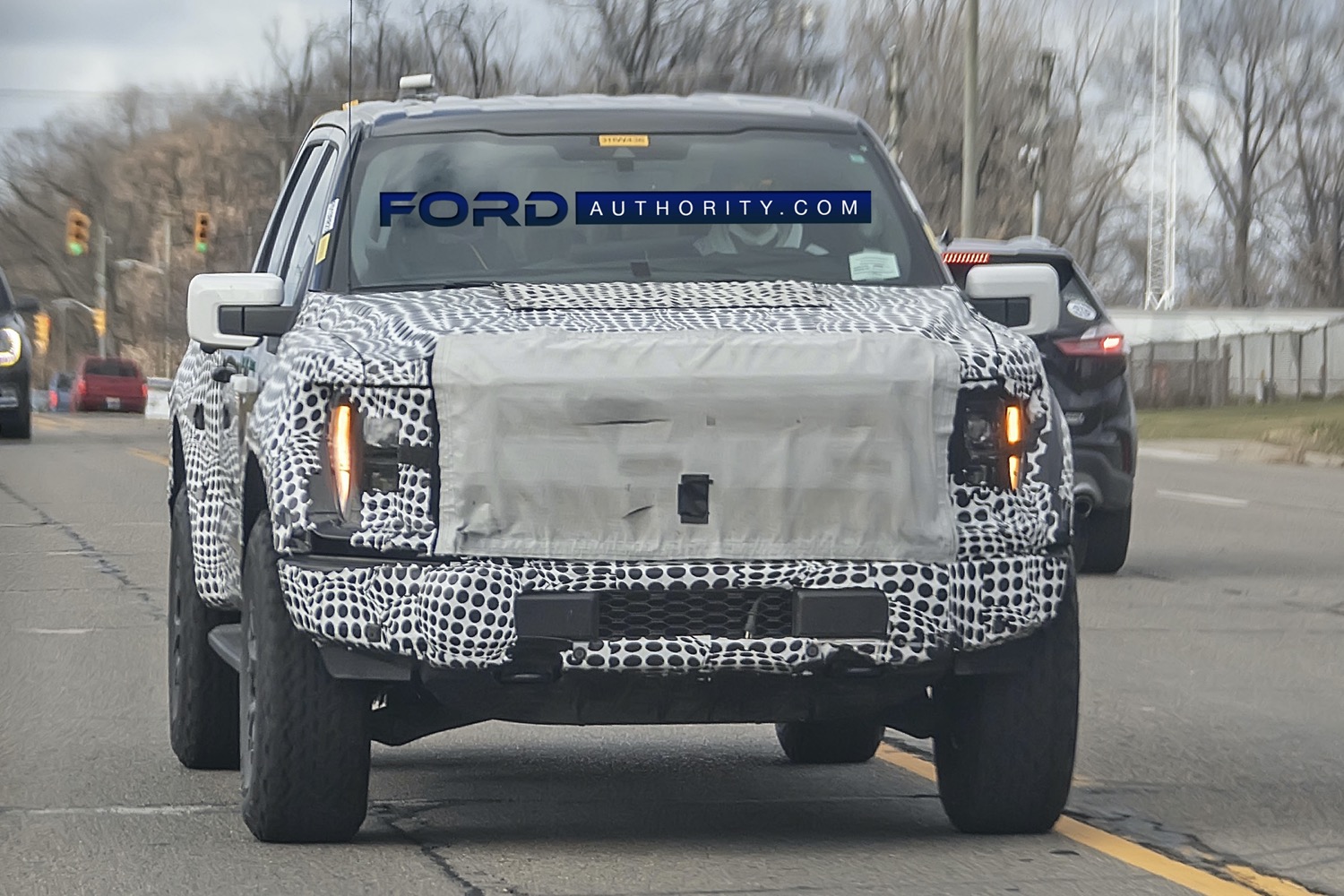