These days, most people searching for vintage Mustangs or cool muscle cars do so online, via one of the many platforms available on the web. But there are still quite a few great dealers out there in the world that specialize in classic American iron, including Maple Motors in Hendersonville, Tennessee. The dealer recently took the time to take us on a virtual tour of what’s currently on the lot, and there are plenty of enticing rides in their extensive inventory worth checking out. 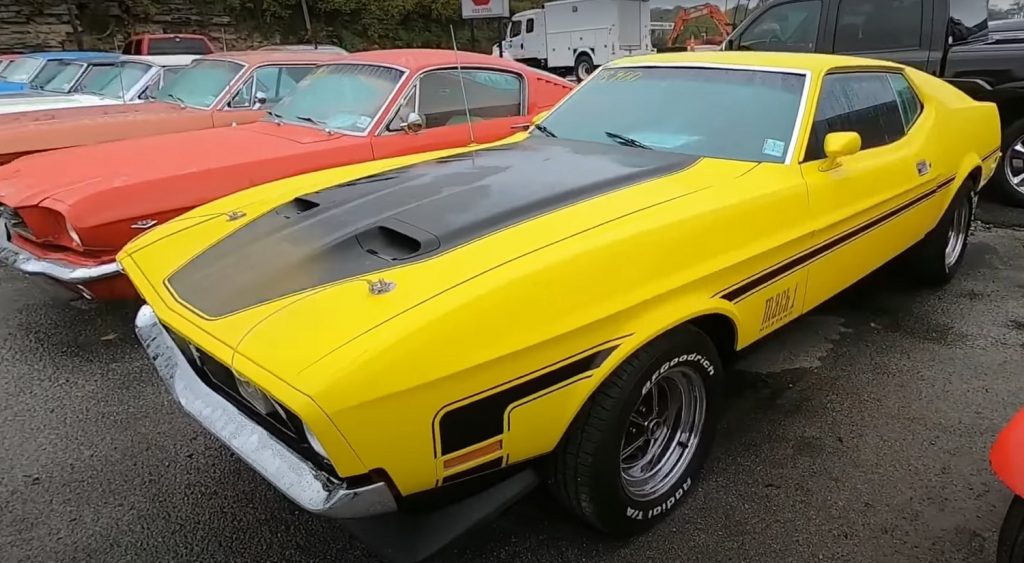 Aside from a bunch of “other” makes and models, there’s also a whole row of vintage Mustangs lined up for sale. They include a 1966 convertible, a ’66 coupe, and a ’65 that looks a bit like a restomod with some cool wheels and V8 power. Finally, the Ford Mustang lineup rounds out with a 1971 Mach 1 finished in yellow and black. The Blue Oval parade continues with a 1930 Model A sporting some nice steel wheels and twin four barrel carbs under the hood. Moving out back, we see a newer SVT Cobra, another first-gen Mustang, and that’s only what’s sitting outside. Moving inside, we find even cooler rides, including a pair of fastback 1968 Mustangs, both with a 351 Windsor under the hood. Moving toward the back, we see not one, but two low-mile 1993 Cobras.

There are quite a few trucks out back as well, but unfortunately, none are Fords. Regardless, this dealer’s Blue Oval inventory is undoubtedly impressive, with a nice mix of original and modified iron to choose from. And personally, we’d rather take a stroll through a lot like this than search endlessly on the internet for our next ride. After all, pictures can hide a lot of things that our eyes will inevitably pick up on in person.