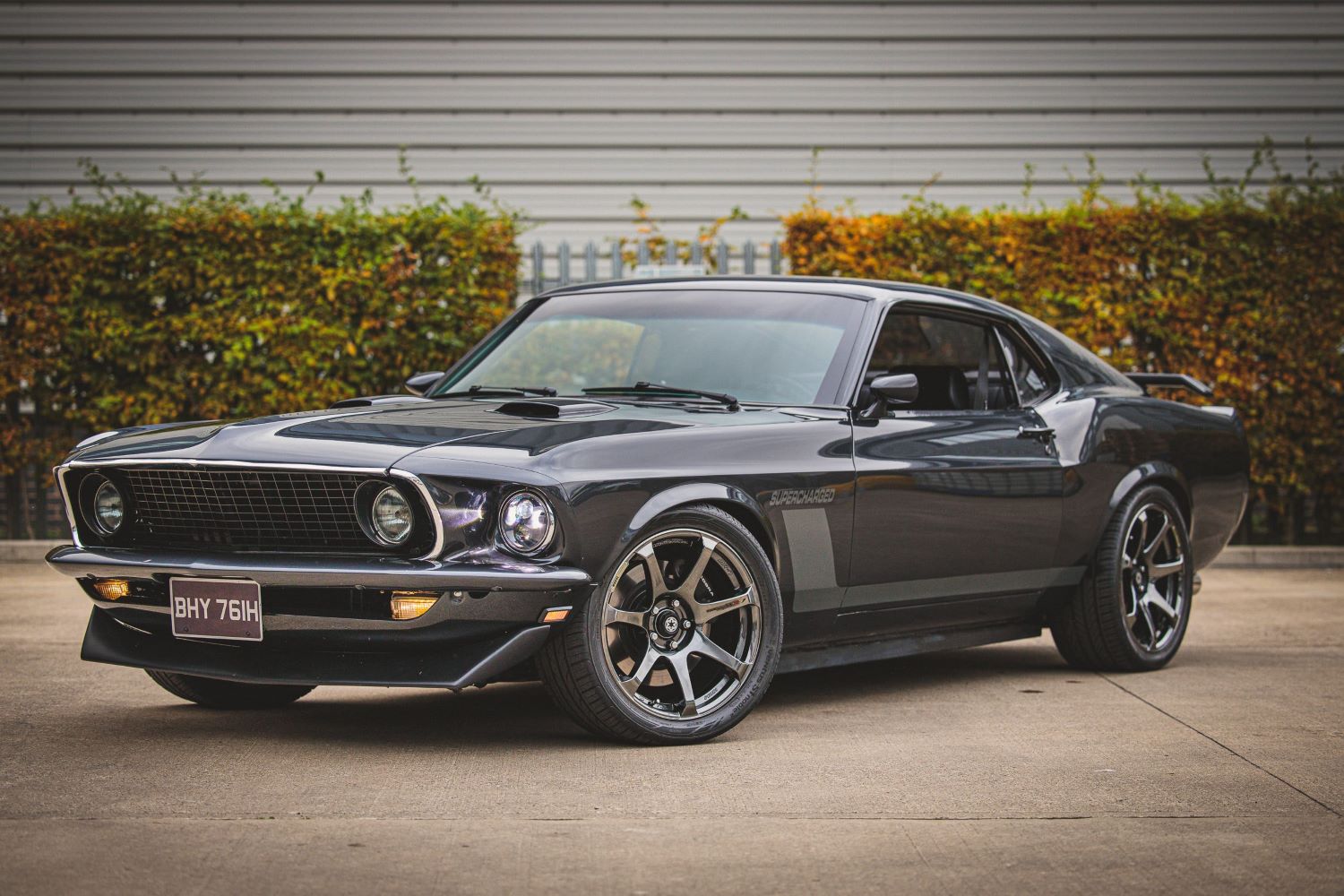 A few people have tried slapping a classic Ford Mustang body on modern Mustang underpinnings over the years, with mixed (at best) results. But this Mustang restomod that we spotted over at the U.K. auction site The Market pulls off this daunting task rather masterfully. In fact, from the outside, one would have a hard time thinking it was anything but a nicely done 1969 Mustang. 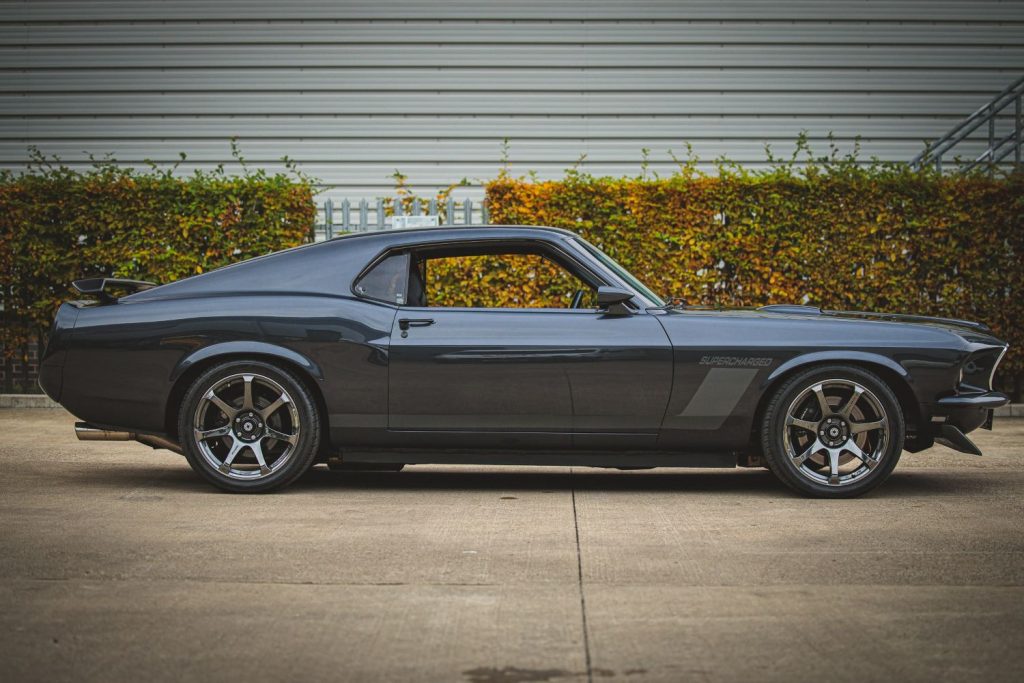 That is, until they look inside the car, underneath it, or in the engine bay. There, this car is essentially a 2003 model year Mustang SVT Cobra, or the “Terminator,” as it’s otherwise known. That includes the car’s 4.6L V8, which has been treated to a slew of modifications including a 2.6L Kenne Bell supercharger, which helps up the horsepower from 390 to a whopping 688 ponies. 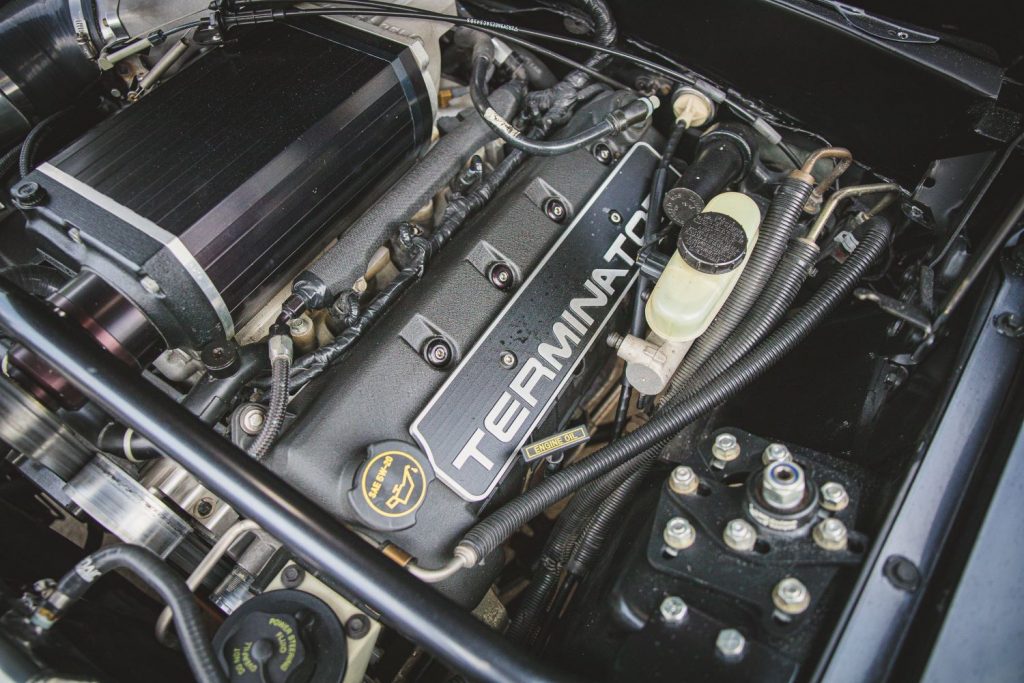 As was the case in the old Cobra, the fortified powerplant sends that extra juice through a T-56 six-speed manual gearbox back to an 8.8-inch rear end with 3.55 gears. That power is put to the ground using the Terminator’s independent rear suspension. And all of the modern Mustang’s electronic goodies still work, including the airbags and traction control. 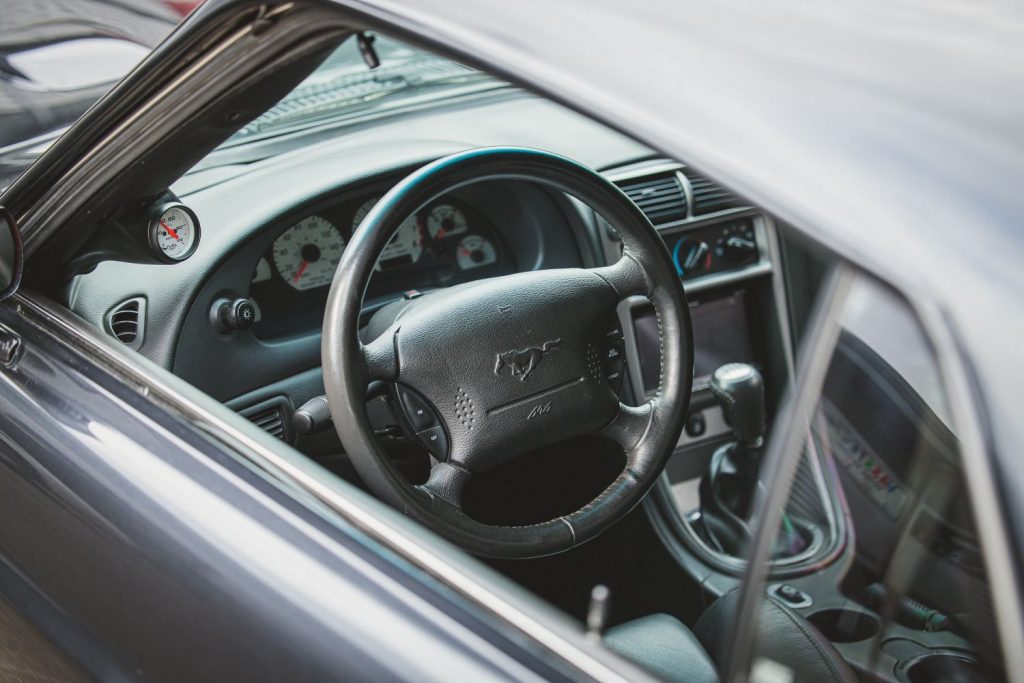 The interior is much of the same, consisting mostly of 2003 Cobra parts, save for a set of black leather Recaro bucket seats and an added fuel pressure gauge. But everything here is in pretty nice condition, too. 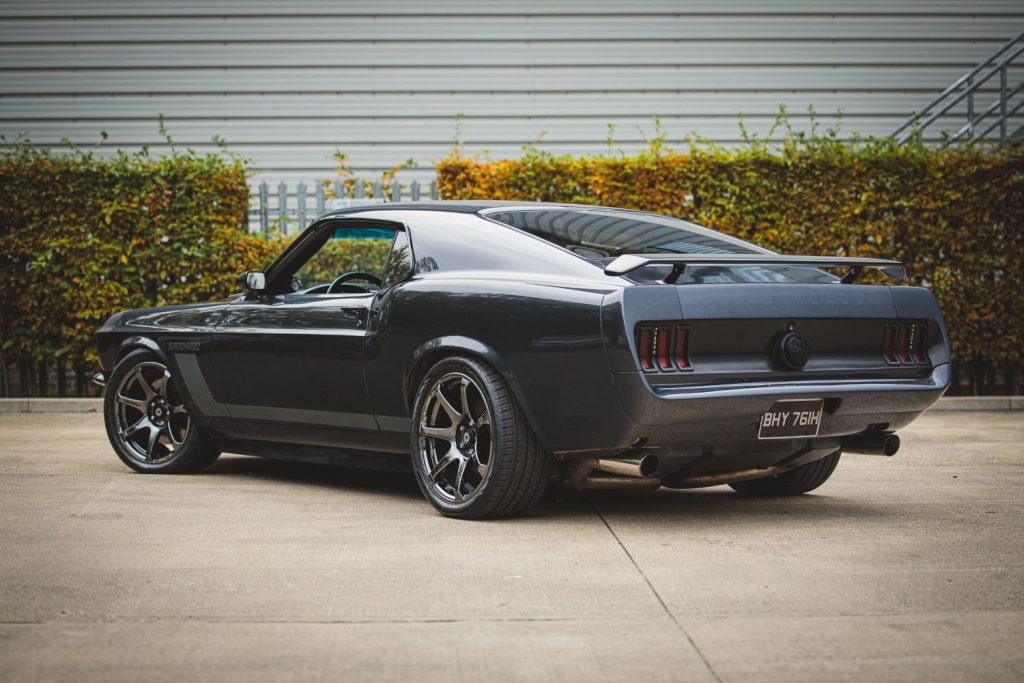 On the outside, however, this Mustang restomod is nothing more than a gorgeous, updated, dark metallic gray 1969 shell. It’s been visually enhanced with a big chin spoiler, front driving lights, twin hood air scoops, and a rear spoiler. Rolling stock consists of a set of 18×9-inch J Mogul Racing MR-7 alloy wheels wrapped around 285/35ZR18 Hankook Ventus S1 Noble 2 tires. 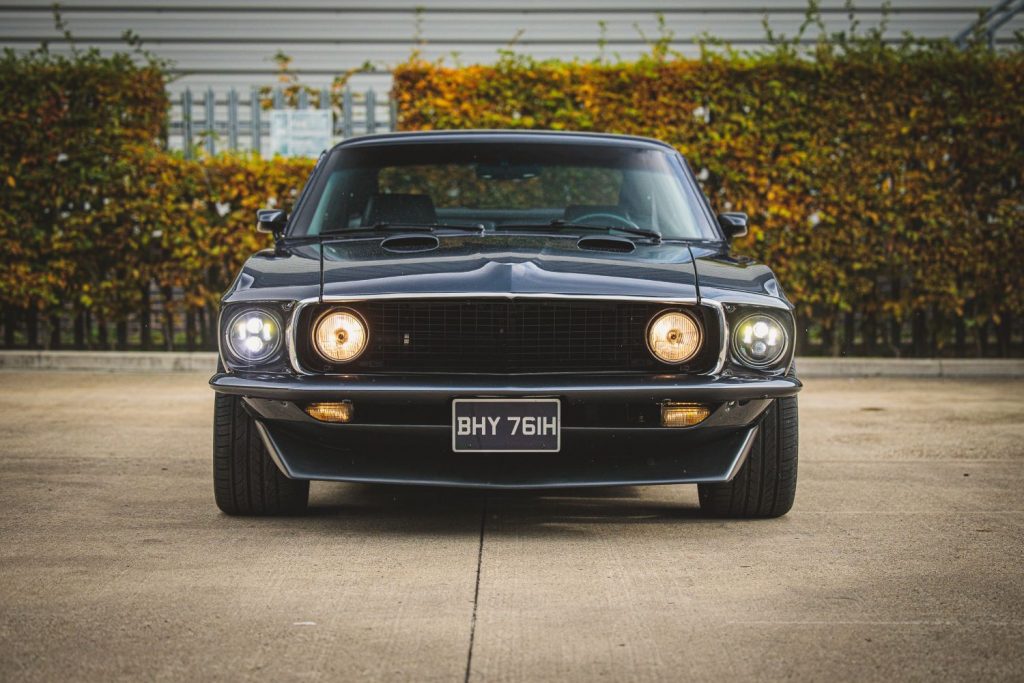 Add it all together, and we’ve got one seriously cool Mustang restomod here. One that perfectly combines classic style with modern mechanicals, and likely drives really nice as well. And if that isn’t a great combination, we don’t know what is.

We’ll have more cool cars for sale to share soon, so be sure to subscribe to Ford Authority for more Ford Mustang news and around-the-clock Ford news coverage. 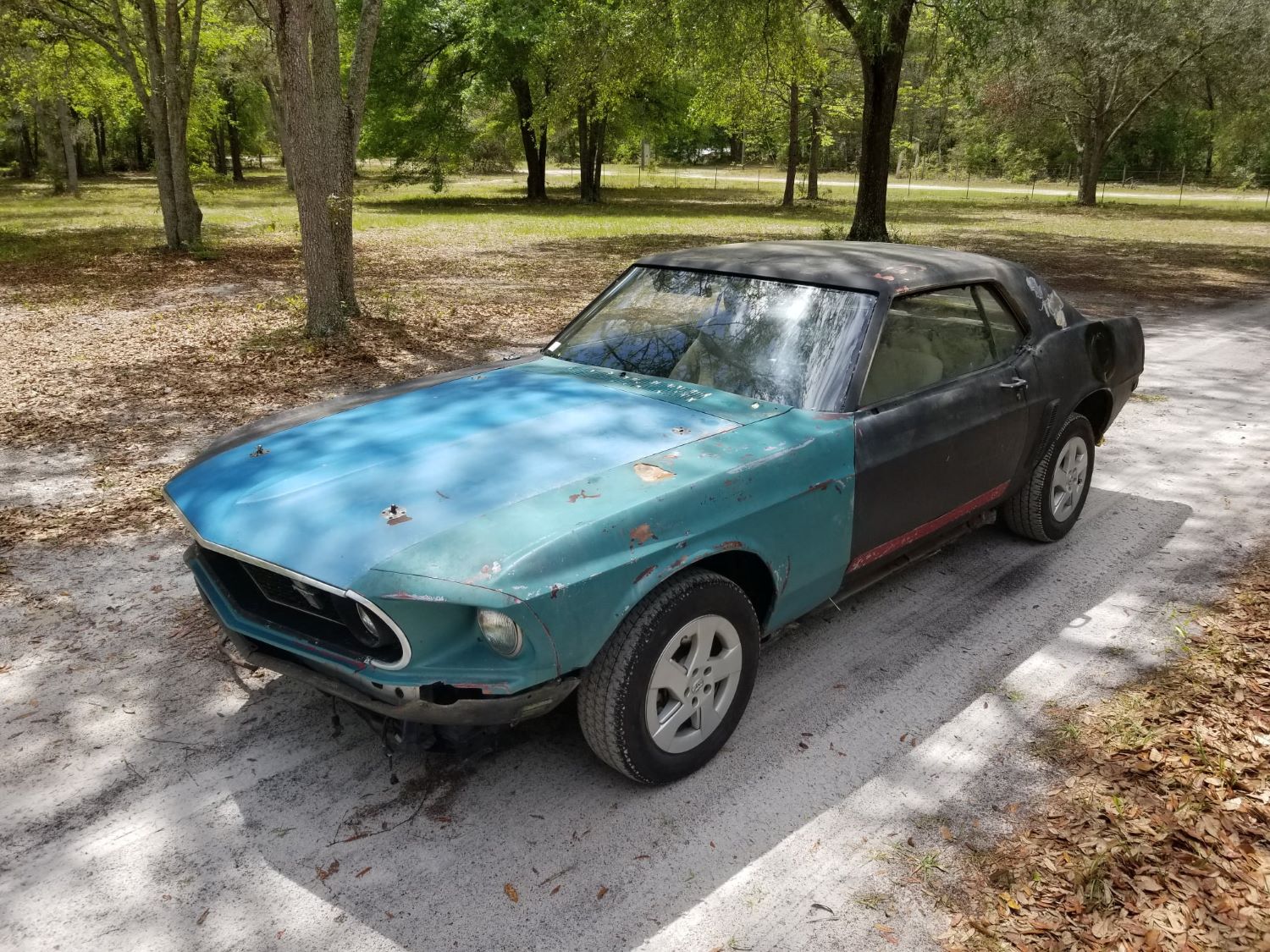 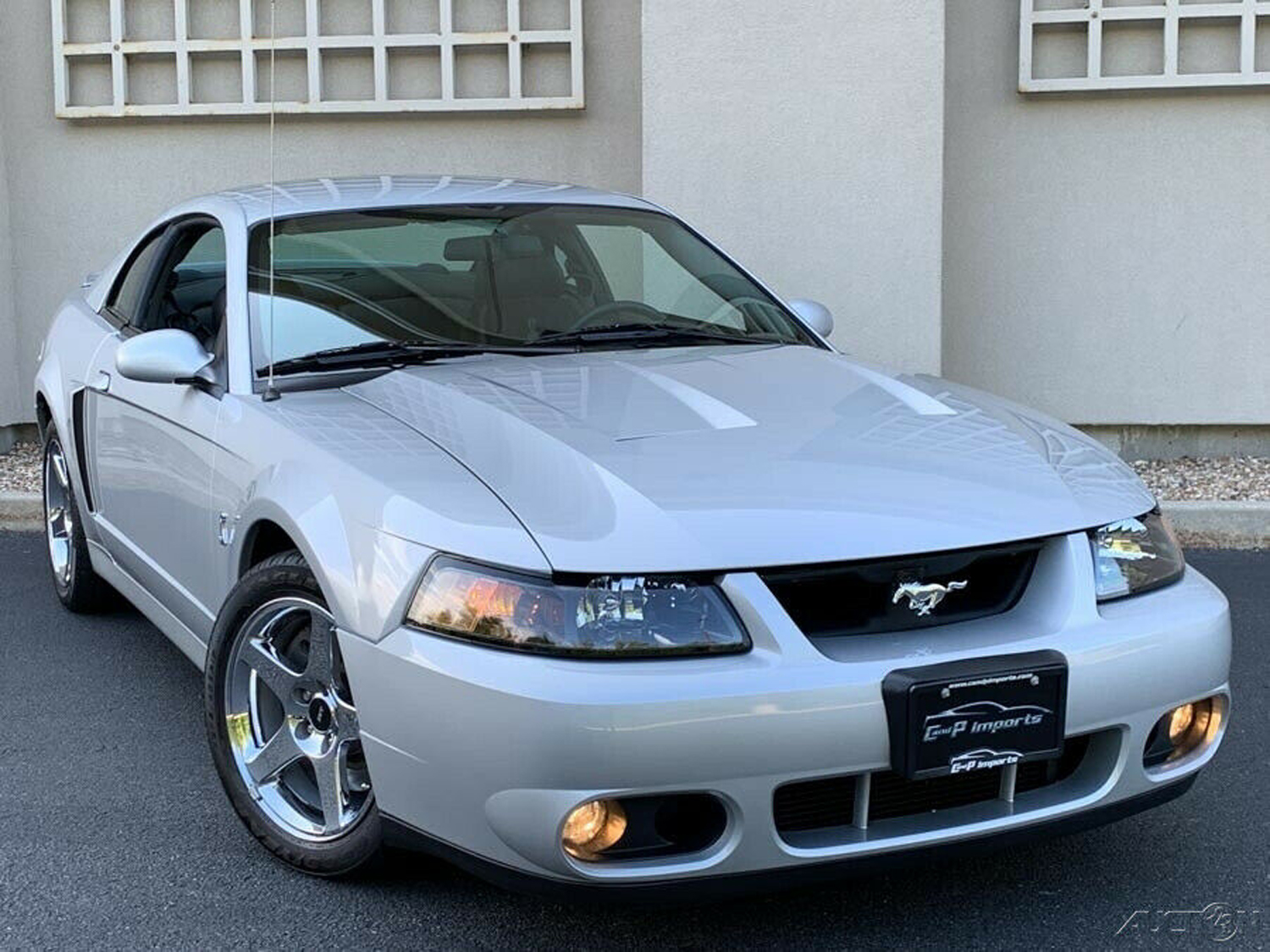