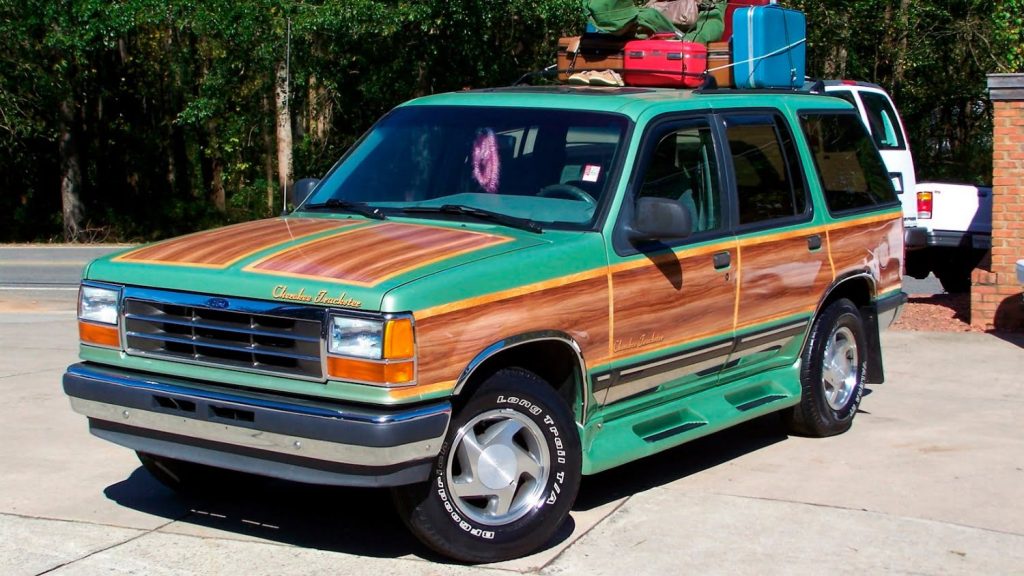 National Lampoon’s Vacation is one of the greatest comedies of all time, with Chevy Chase and Beverly D’Angelo delivering memorable performances. But the movie also introduced an interesting vehicular co-star in the form of the Family Truckster, a comically-altered 1979 Ford LTD Country Squire. By comparison, the 1994 Ford Explorer XLT featured here doesn’t look nearly as hideous as the wagon used in the film, but it does look ready to head to Walley World. What’s more it will be part of the upcoming Kissimmee 2021 Mecum Auction, 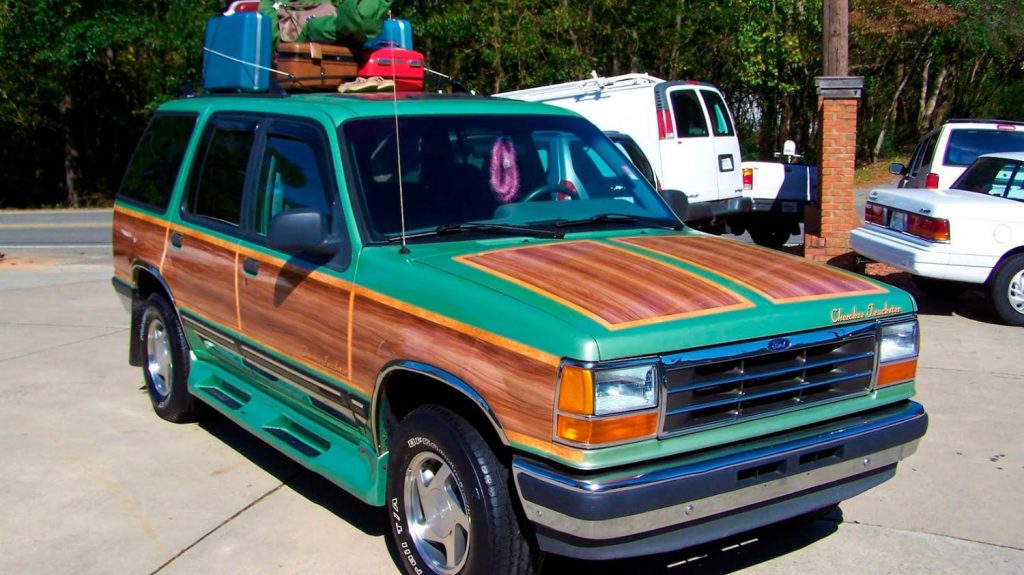 The two most notable things that separate this particular 1994 Ford Explorer from the rest are the copious amounts of woodgrain along with the unique green paint. Those features are meant to pay tribute to the wagon in the movie, which sported a pea green paint job.

By comparison, this Explorer’s paint is a bit brighter, but it’s unmistakably inspired by Clark Griswold’s vehicle of choice. Apparently, it came from the factory with that paint too, because the included Marti Report clearly shows that the factory used a unique hue on this vehicle, which was one of only three Explorer models to receive it. 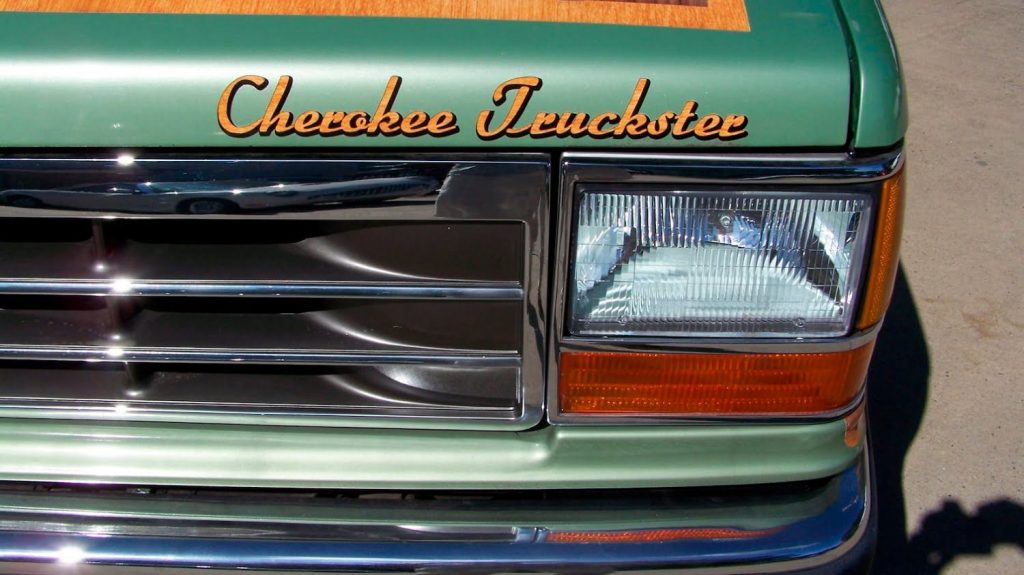 But perhaps the oddest thing about this custom 1994 Ford Explorer is its “Cherokee Truckster” name. According to the auction listing, a dealer installed the package, which means they named it after a competing model. That said, the name could be meant as a nod to the way the Family Truckster is portrayed in the movie.

If that’s the case, the fact that it shares its name with a Jeep is hilariously on point, since the restyled Ford wagon used in the movie served as a parody of what American automakers offered during the late 70s. Hence, the Explorer possibly existed to critique what Chrysler was doing in the mid 80s and early 90s. 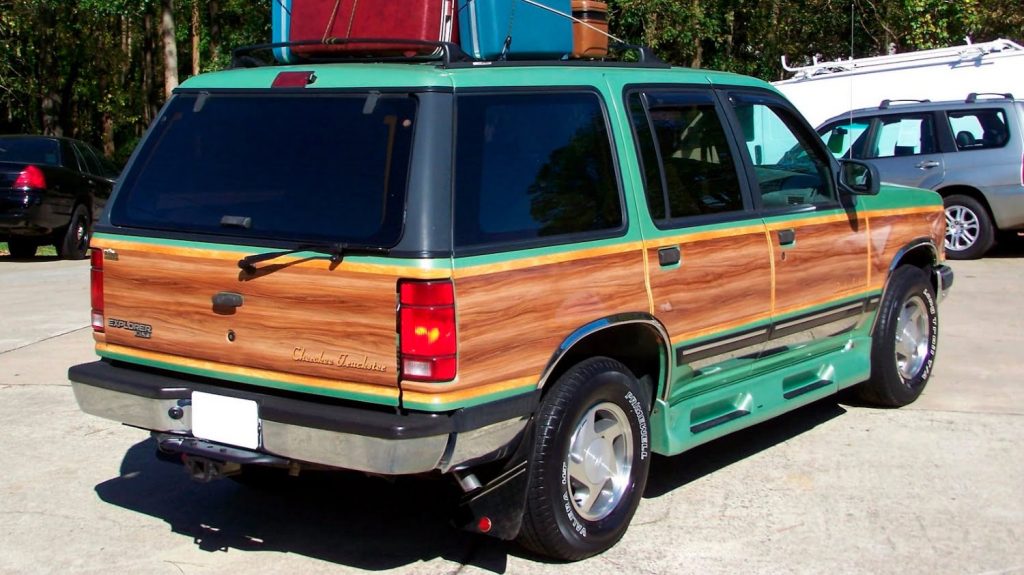 Unfortunately, the listing doesn’t include a mileage figure or a picture of the cockpit, but there are plenty of photos of the exterior. And it appears to be equipped with a healthy amount of period-correct upgrades, including some very chunky running boards and good amount of chrome. Even the mud flaps look like relics from the mid 90s. 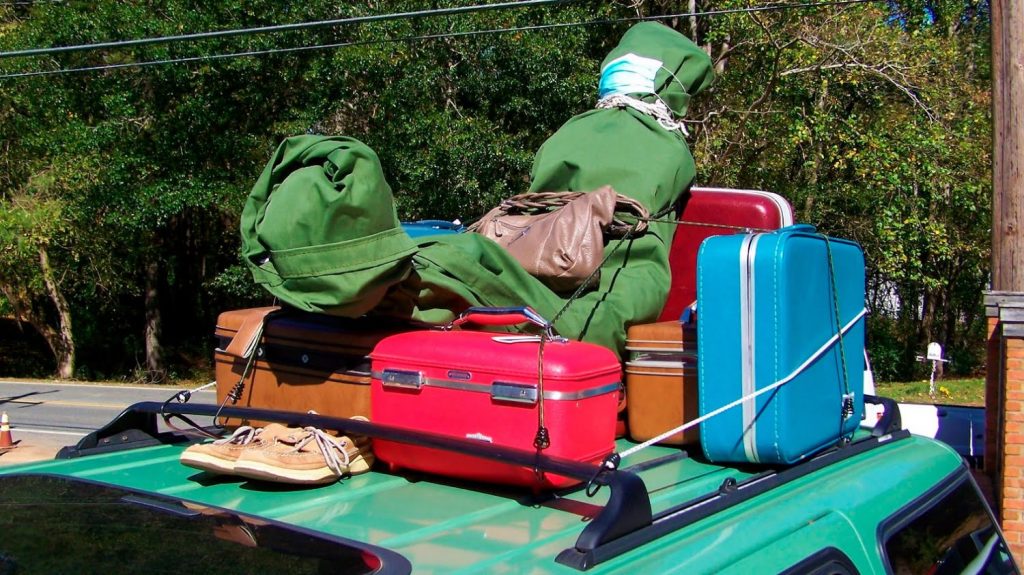 Another definitive nod to the Family Truckster resides on the roof: the vintage luggage is accompanied by a body bag meant to mimic the events of the movie, in which Aunt Edna passes away in her sleep and the Griswold family does the bare minimum necessary to take care of her remains. It appears the seller stuck a cloth mask where the face inside the bag would reside, so as to let everyone know that the picture was taken in the COVID-ridden 2020. 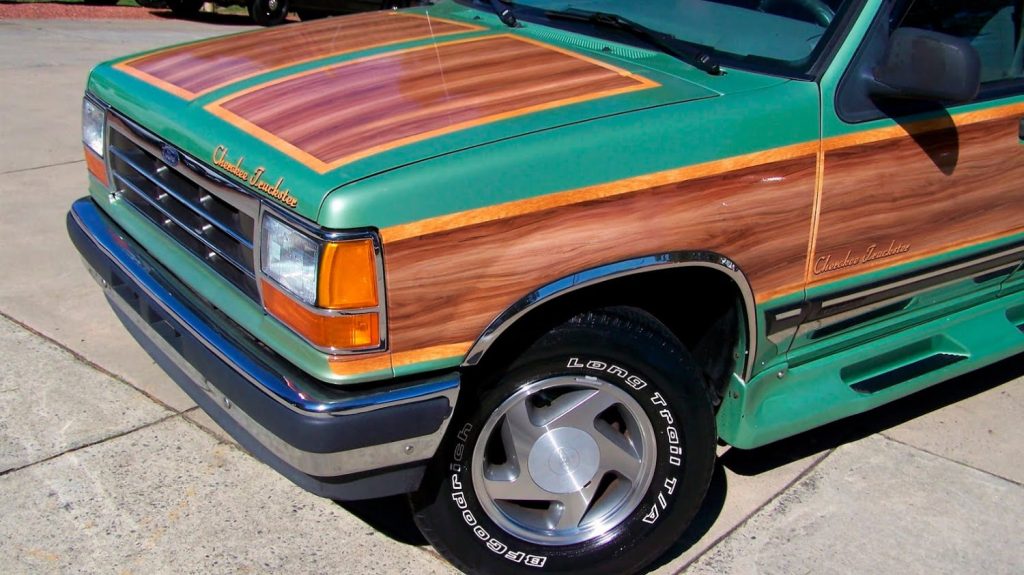 Cherokee Truckster package aside, this 1994 Ford Explorer seems to be in very good condition. Here’s to hoping that it finds a worthy owner when the bidding opens on January 13th, 2021.

We’ll continue bringing you the latest on all things Ford, so make sure to subscribe to Ford Authority for all the latest Ford Explorer news and 24/7 Ford news coverage.