As the ultimate factory Mustang, the 2020 Shelby GT500 is designed to take on a number of rivals, such as the Dodge Challenger SRT Hellcat and Chevy Camaro ZL1. But it can also hang with much more expensive models too, as demonstrated in a recent video by Edmunds, which pitted Ford’s top pony against a 2020 BMW M8 Competition, the luxury automaker’s top performance coupe that occupies a similar place as the GT500 in its respective lineup.

The Shelby lost more drag races than it won, but the apples-to-oranges comparison test wasn’t a complete blowout, as it also offered a hint as to what might be in store for the next-generation Mustang. 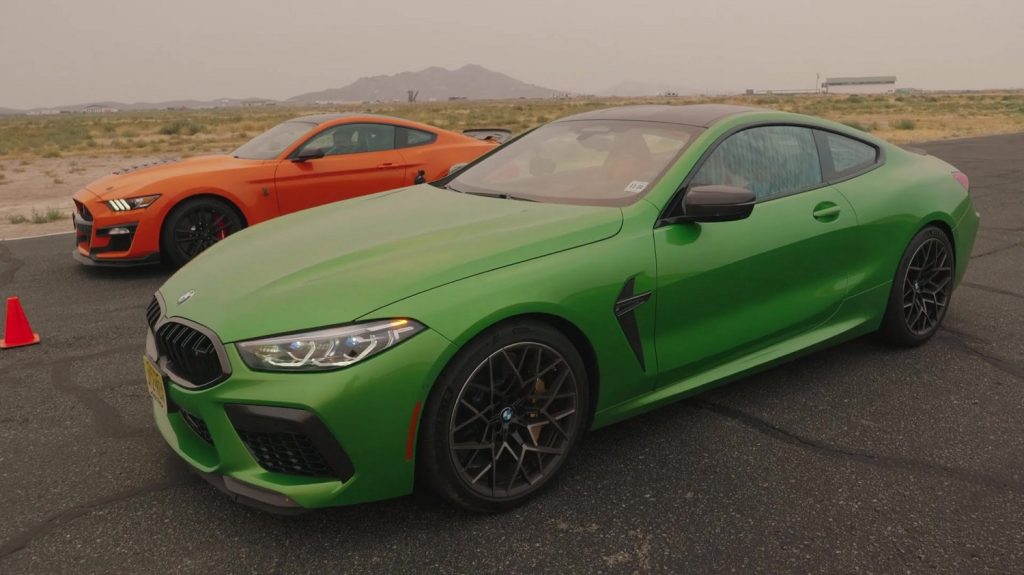 Taken at face value, the match-up between a 2020 Shelby GT500 and a 2020 BMW M8 Competition wasn’t a fair fight for the Ford. The BMW cost almost exactly $100,000 more than the Edmunds-owned Shelby, which retailed for about $80,000. The German performance coupe also boasted all-wheel drive, while the pony is propelled only by the rear wheels.

But beyond those admittedly major differences, the specs suggested the duo would be very comparable at first glance. Despite having all-wheel drive, the M8’s 617 horsepower twin turbo 4.4L V8 was down 143 horses compared to the GT500, which featured the Ford 5.2L Predator V8, good for 760 horsepower. At 4,200 pounds, the Shelby also had a 100 pound weight advantage against the BMW. 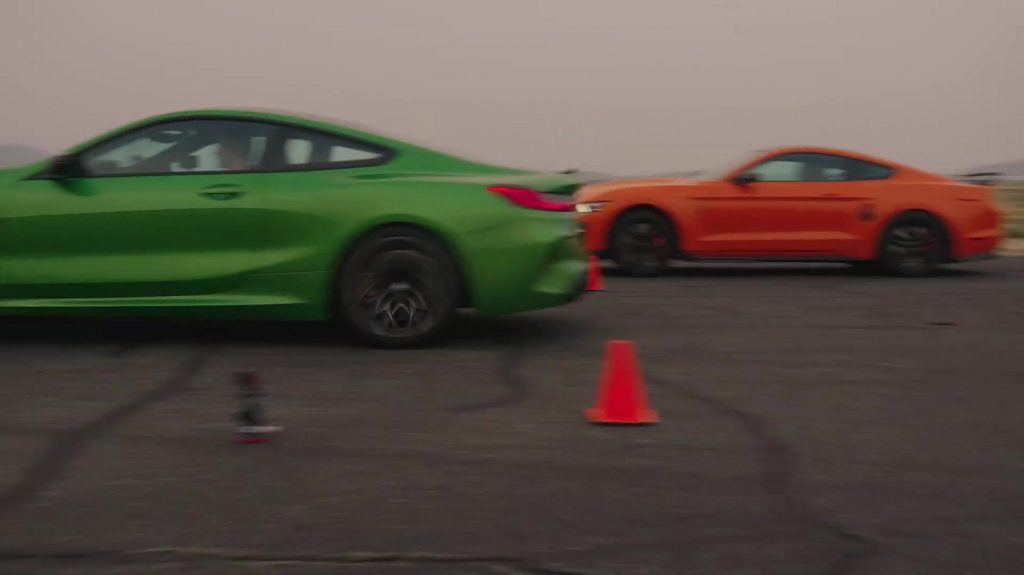 The range-toppers were put through four drag races. For the 2020 Shelby GT500, the first two races weren’t even close. It seems BMW did a great job with the M8 Competition’s all-wheel drive system and launch control calibrations, because the Ford lagged far behind on the first race and still couldn’t catch up on the second go around. With so much power going to the rear wheels, the Ford’s launch control system needed to prevent the wheels from spinning, which limited its ability to start off quickly. 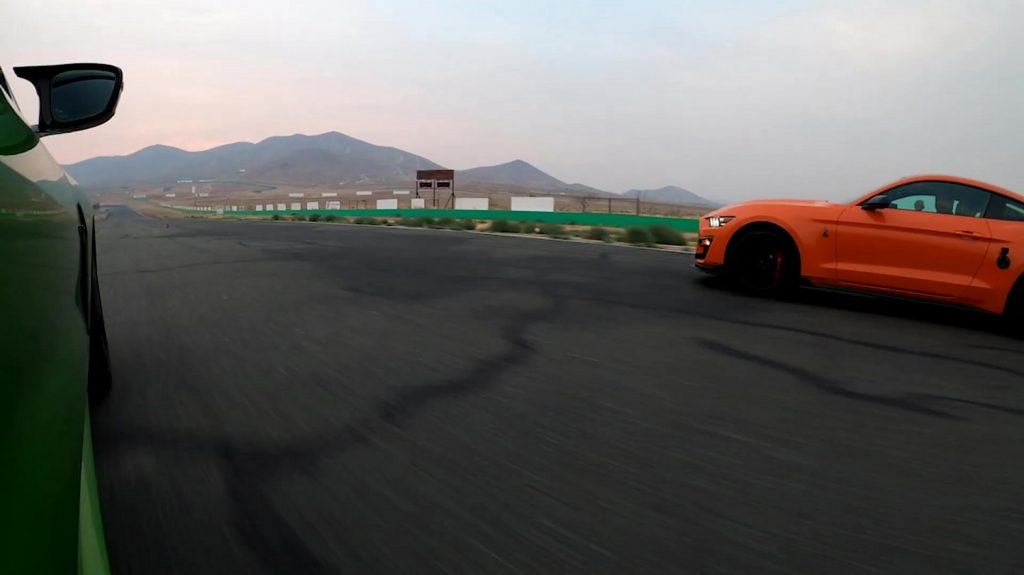 It was the last two races where things got really interesting. The M8 Competition can have its all-wheel drive system deactivated with a mode that’s specifically reserved for drag racing. Without four wheel traction, the M8 Competition struggled to fend off the 2020 Shelby GT500. In fact, if launched a bit more efficiently at the start of the third race, the Ford driver might have even caught up to the BMW. Regardless, it was really close: when the M8 crossed the finish line, the GT500 was parallel to its rear tires.

But the Ford finally prevailed against the BMW on the last race. Unlike the other three match-ups, the team decided on a 40 mph rolling start. That was an ideal setup for the GT500, because traction wasn’t nearly as much of a concern. As a result, the Ford clearly defeated the BMW, with the M8 only reaching the GT500’s rear bumper as the two crossed the finish line.

Is there any solid takeaway from this somewhat uneven drag race comparo? Yes! A future Shelby GT500 paired with all-wheel drive would absolutely work as a budget-minded rival to the BMW M8 Competition. As we have previously reported, that could very well be in the works, as the next-generation Mustang is set to utilize the Ford CD6 platform, an architecture that has baked-in support for all-wheel drive. It would be an unprecedented move for the Ford Mustang – but it would also make a certain amount of sense.