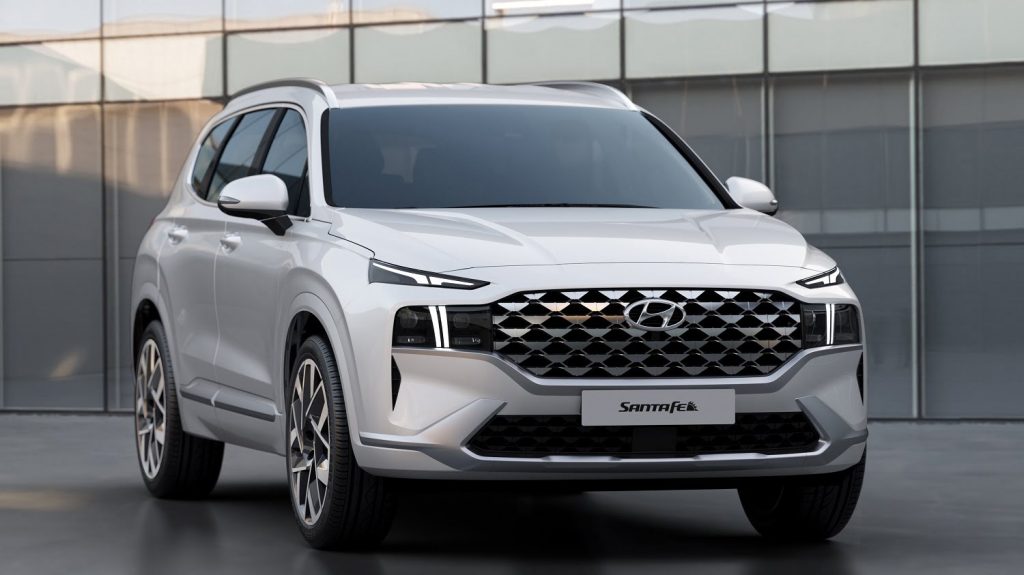 America’s infatuation with crossovers continues unabated, and some of the hottest models hail from the mid-size segment. Ford was entered the midsize CUV segment early with the Ford Edge, where it takes on the Jeep Grand Cherokee. Chevy and Honda recently entered the segment with all-new models, and Hyundai recently released the overhauled 2021 Santa Fe, which will take on the Edge when it arrives stateside in mid-December. 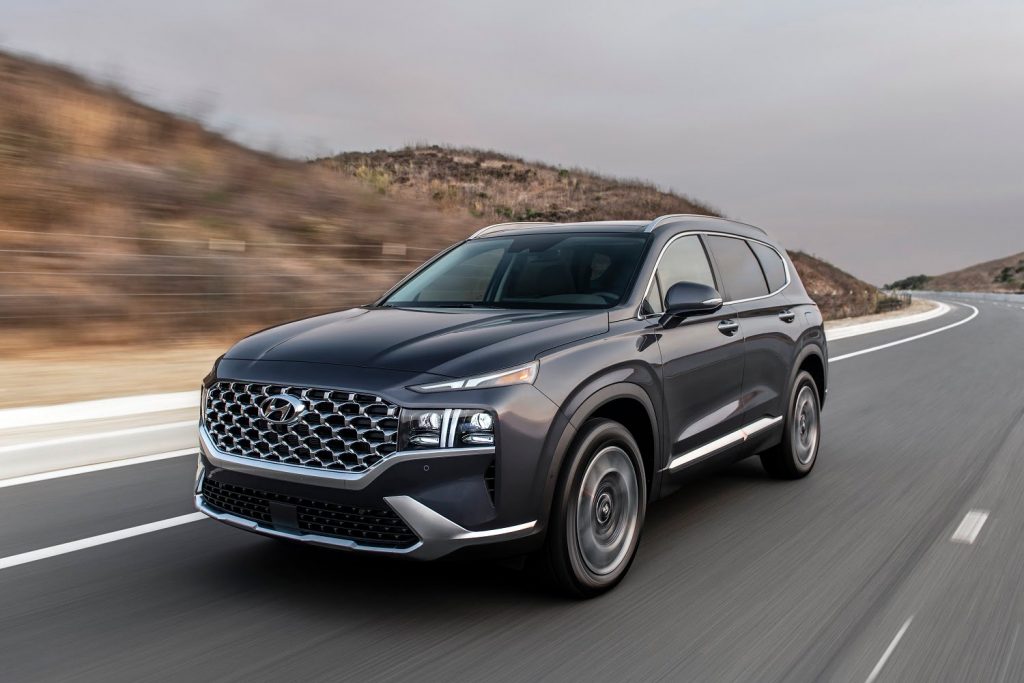 Hyundai previously offered the Santa Fe in two- and three-row configurations, but the introduction of the three-row Hyundai Palisade that competes with the Ford Explorer allows it to move the Santa Fe into the mid-size, two-row space. To that end, the 2021 Hyundai Santa Fe gets a thorough redesign, with an all-new platform, exterior and interior.

Though these changes would typically qualify as a full-on redesign, the 2021 Santa Fe carries over some parts from the 2020 model, preventing it from being labeled as an all-new model. 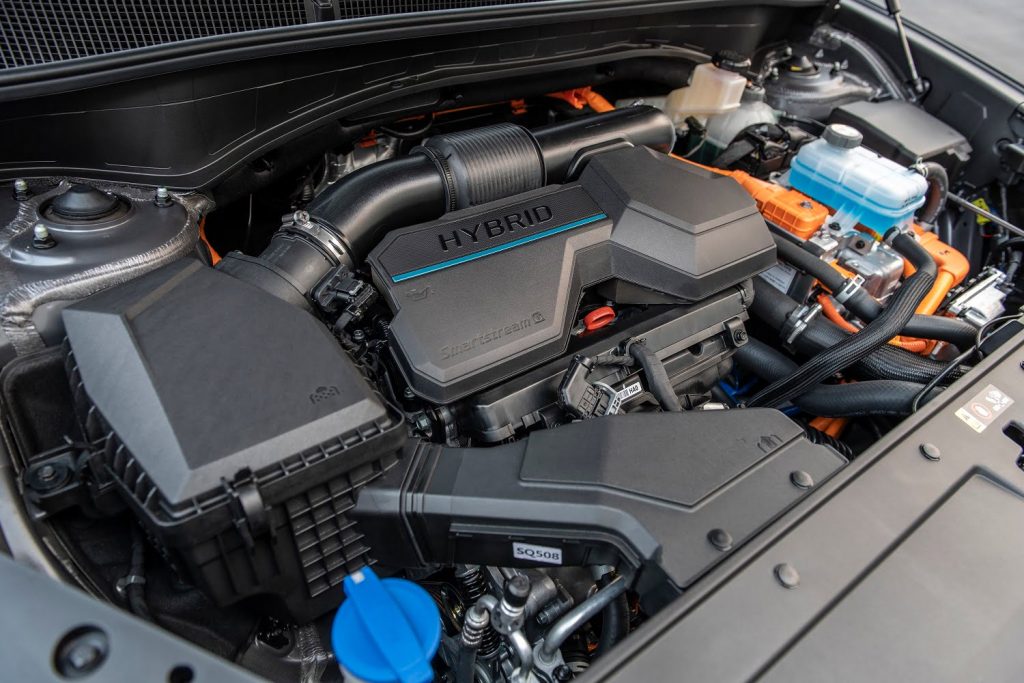 The 2021 Hyundai Santa Fe will offer crossover shoppers three powertrain choices. The base engine is a naturally-breathing 2.5L I-4 that produces 191 horsepower and 182 pound-feet of torque mated to a conventional eight-speed automatic transmission. Hyundai will also offer a 2.5L turbocharged I-4 good for 277 horsepower and 311 pound-feet of torque. That powerplant is paired to a wet-clutch eight-speed automatic transmission. Both engines are new to the Santa Fe.

A new hybrid powertrain will also be offered, which is a first for the nameplate. Hyundai will pair a 1.6L turbocharged I-4 paired to an electric motor for a combined 225 horsepower. A hybrid-exclusive six-speed automatic will be the only transmission offered. Hyundai also plans to introduce a PHEV in late 2021, although no details about that powertrain have been announced at this time. 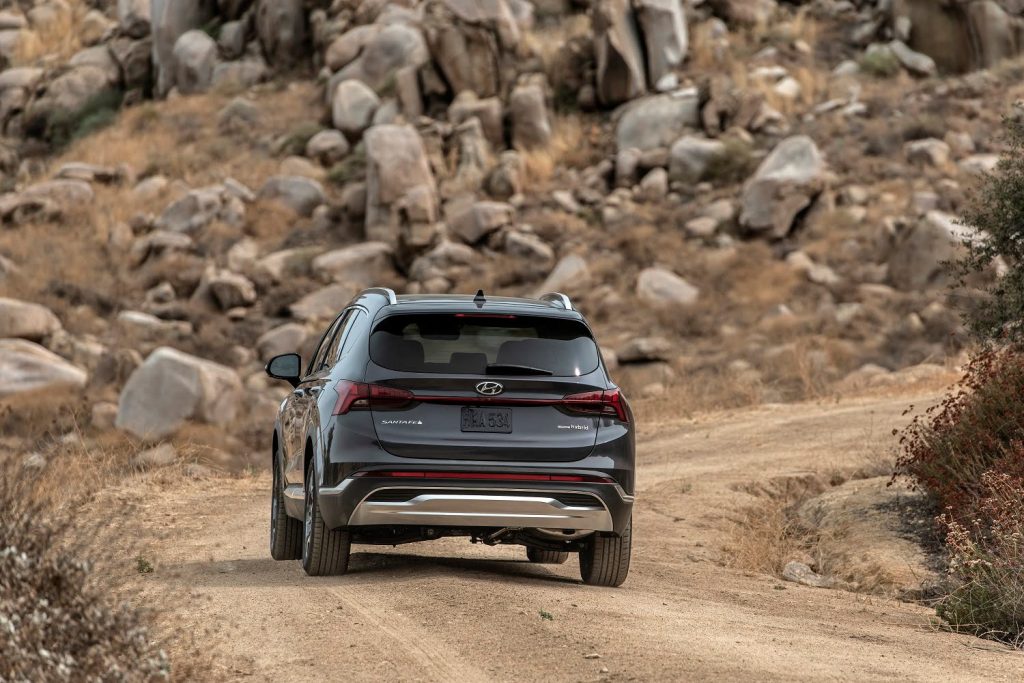 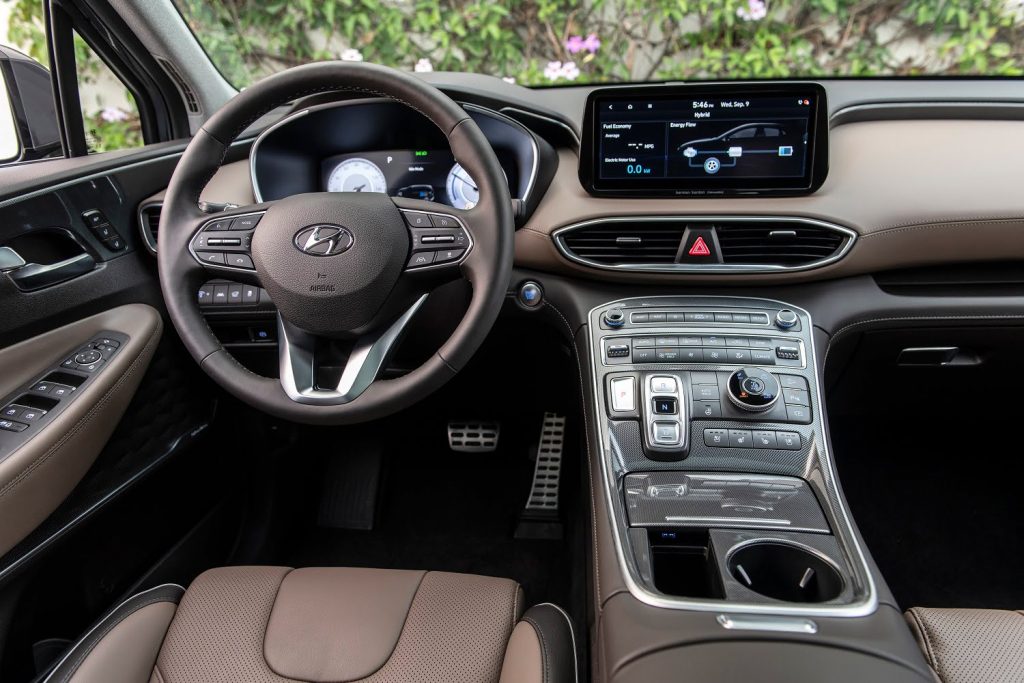 Inside, the 2021 Hyundai Santa Fe is outfitted with an upscale interior. An eight inch touchscreen will be standard and also features wireless Android Auto and Apple CarPlay. The optional 10.3 inch touchscreen will not offer that capability at launch, but it can support factory navigation. Wireless phone charging will be standard on all models. Additionally, an optional 12.3 inch digital instrument cluster will available in all but the base SE trim.

The 2021 Santa Fe is moving to a new platform since product planners didn’t want the hybrid’s battery to intrude on interior passenger space. Additionally, the crossover will gain some other benefits from the architectural migration, including a smoother and quieter ride. The model is slightly longer, a bit wider, and lower than its predecessor, but the wheelbase remains the same as the 2020 model. 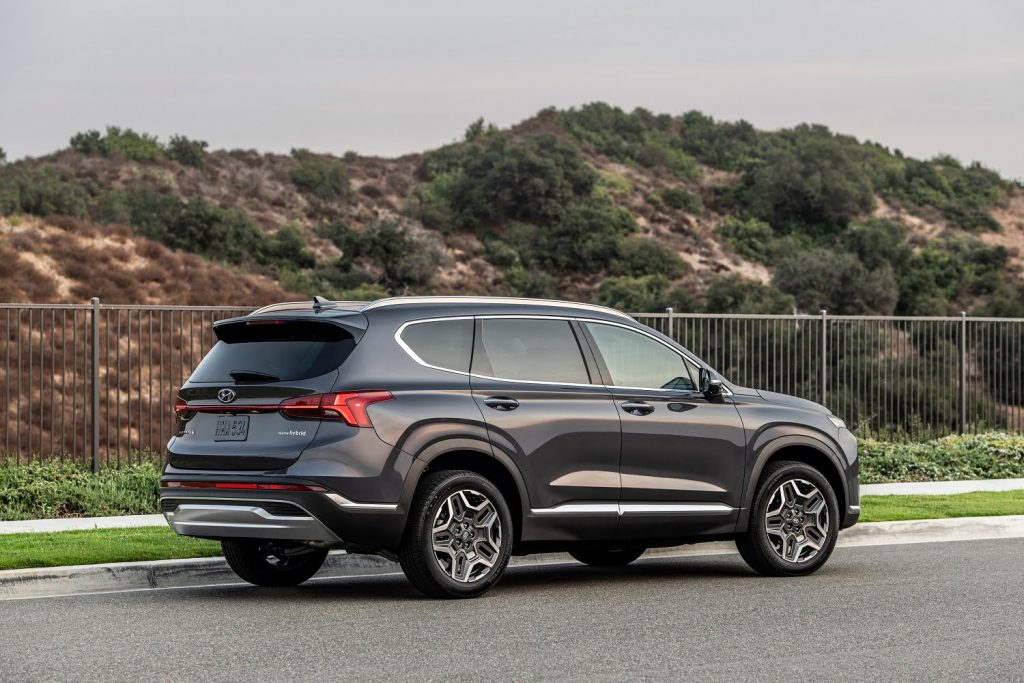 The overhauled 2021 Hyundai Santa Fe will be produced at the automaker’s Montgomery, Alabama plant, and will go on sale in mid-December 2020. Hybrid models will arrive from the company’s Ulsan, South Korea plant in mid-February 2021.

We’ll continue reporting on the latest Ford and Lincoln competitors, so be sure to subscribe to Ford Authority for around-the-clock Ford news coverage.