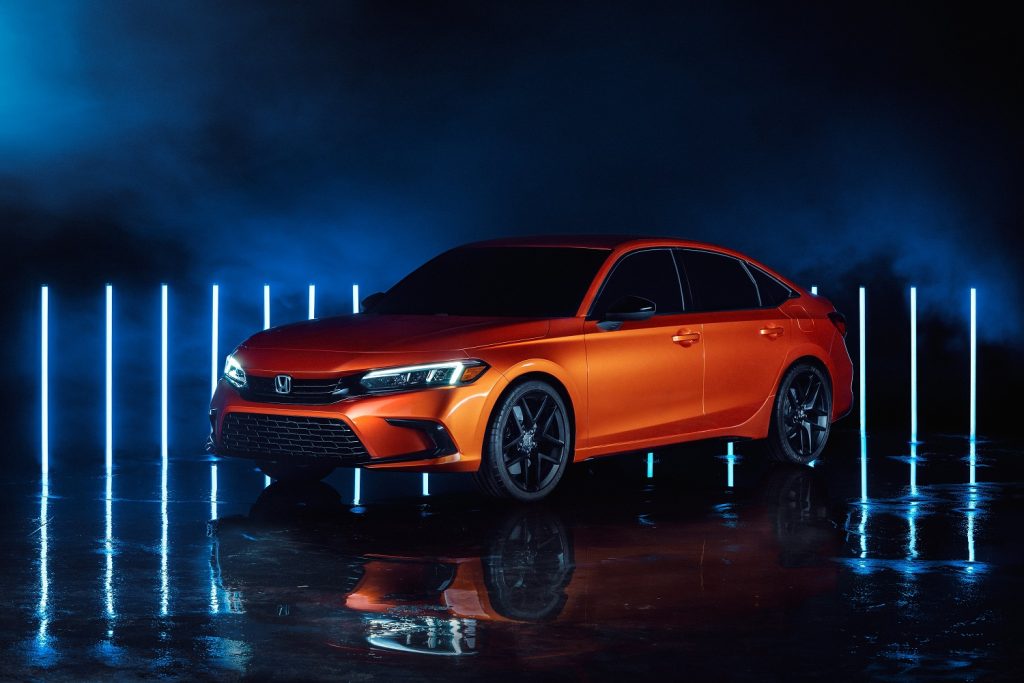 In the United States, Ford has already exited the passenger car market completely, save for the Ford Mustang, and that includes the compact Ford Focus. But in other markets around the world, the Focus continues to be sold. Now, the international Focus has a brand new competitor to square off with in the near future – the 2022 Honda Civic. 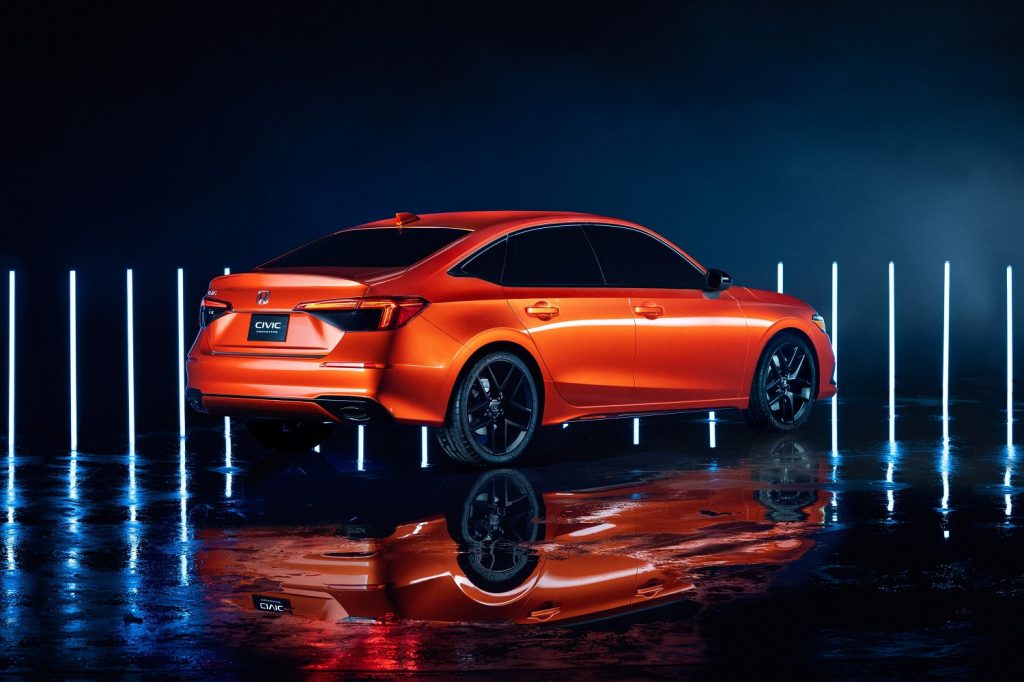 The 2022 Honda Civic seen here is technically a prototype, but like most of Honda’s previous “prototypes,” it’s likely a very close representation of what the actual production model will look like. Now in its 11th generation, the next Civic adopts more of an upscale, sophisticated design, accented by the prototype’s Solar Flare Pearl exterior hue. 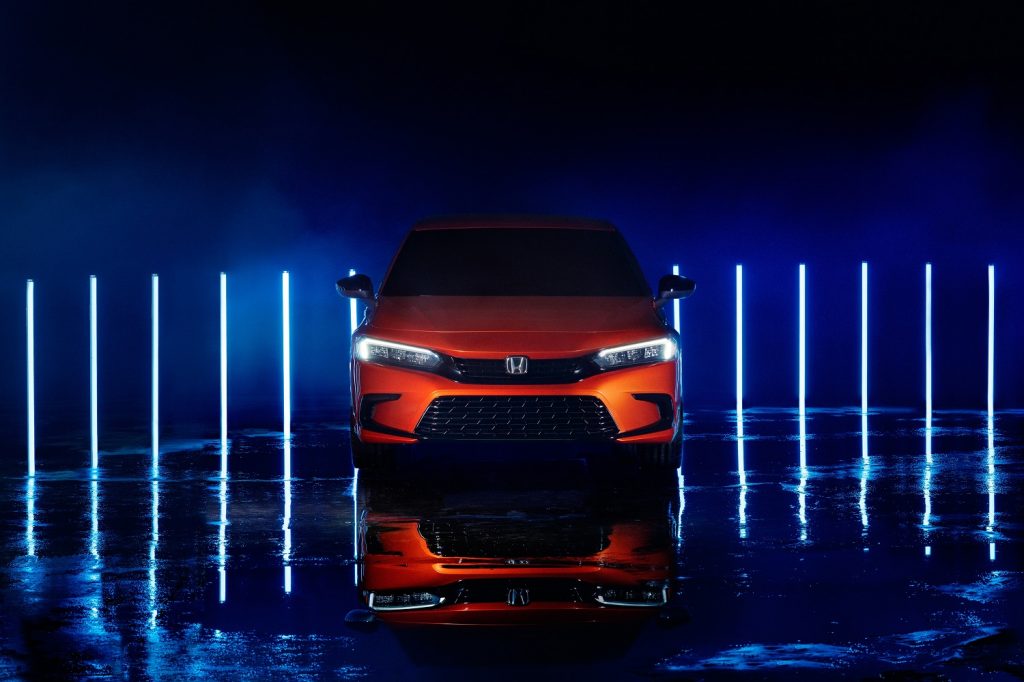 Honda says that its designers looked to design concepts from past Civic models for inspiration for the new model. That includes the previous generation’s low overall height and hip point, hood, front fenders, and horizontal beltline. However, changes were made to the upper body to enhance visibility for both the driver and passengers. 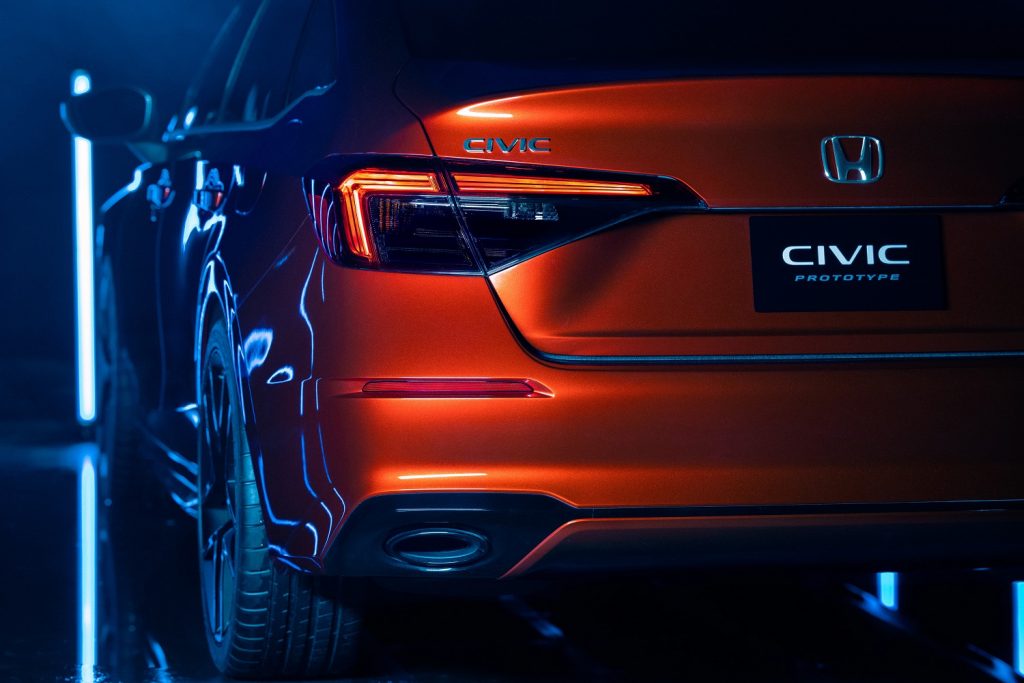 The interior has received an overhaul as well, with a new dash that features a honeycomb grille insert that hides the HVAC vents. The 2022 Civic will debut a host of new technology features as well, including an all-digital cluster and a new 9-inch full-HD Display Audio touchscreen mounted atop the low-set instrument panel. 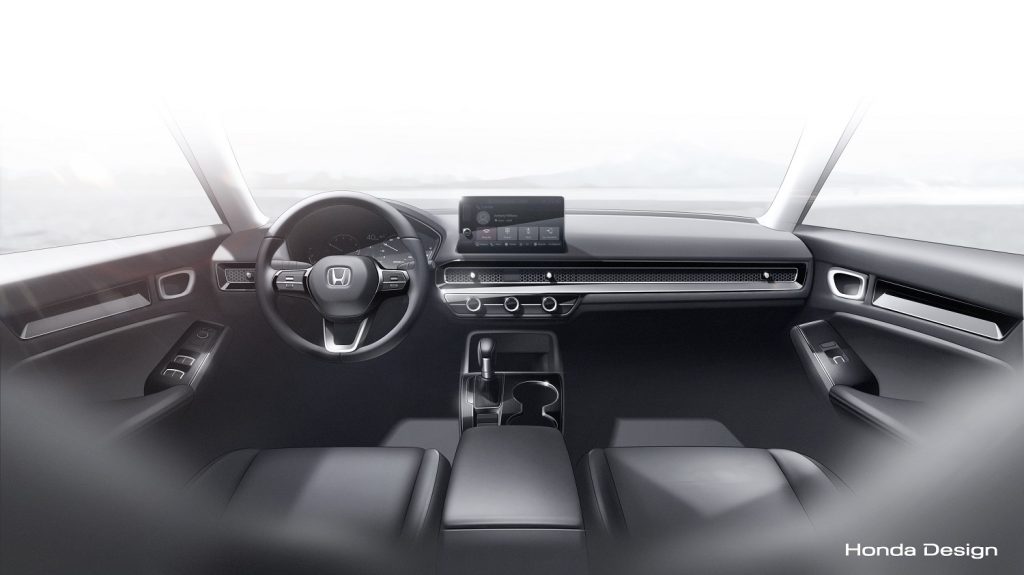 The 2022 Civic will also introduce a variety of new active and passive safety systems, including an upgraded suite of Honda Sensing safety and driver-assistive technologies and new airbag designs. The new Civic comes with an advanced version of Honda’s Advanced Compatibility Engineering (ACE) body structure with both improved occupant and pedestrian collision protection.

The 2022 Honda Civic is scheduled to launch in late spring of 2021, beginning with the Civic Sedan and followed by the Civic Hatchback, Civic Si, and the Type R.

We’ll have more on this and all Ford and Lincoln competitors soon, so be sure and subscribe to Ford Authority for more Ford Focus news and around-the-clock Ford news coverage.