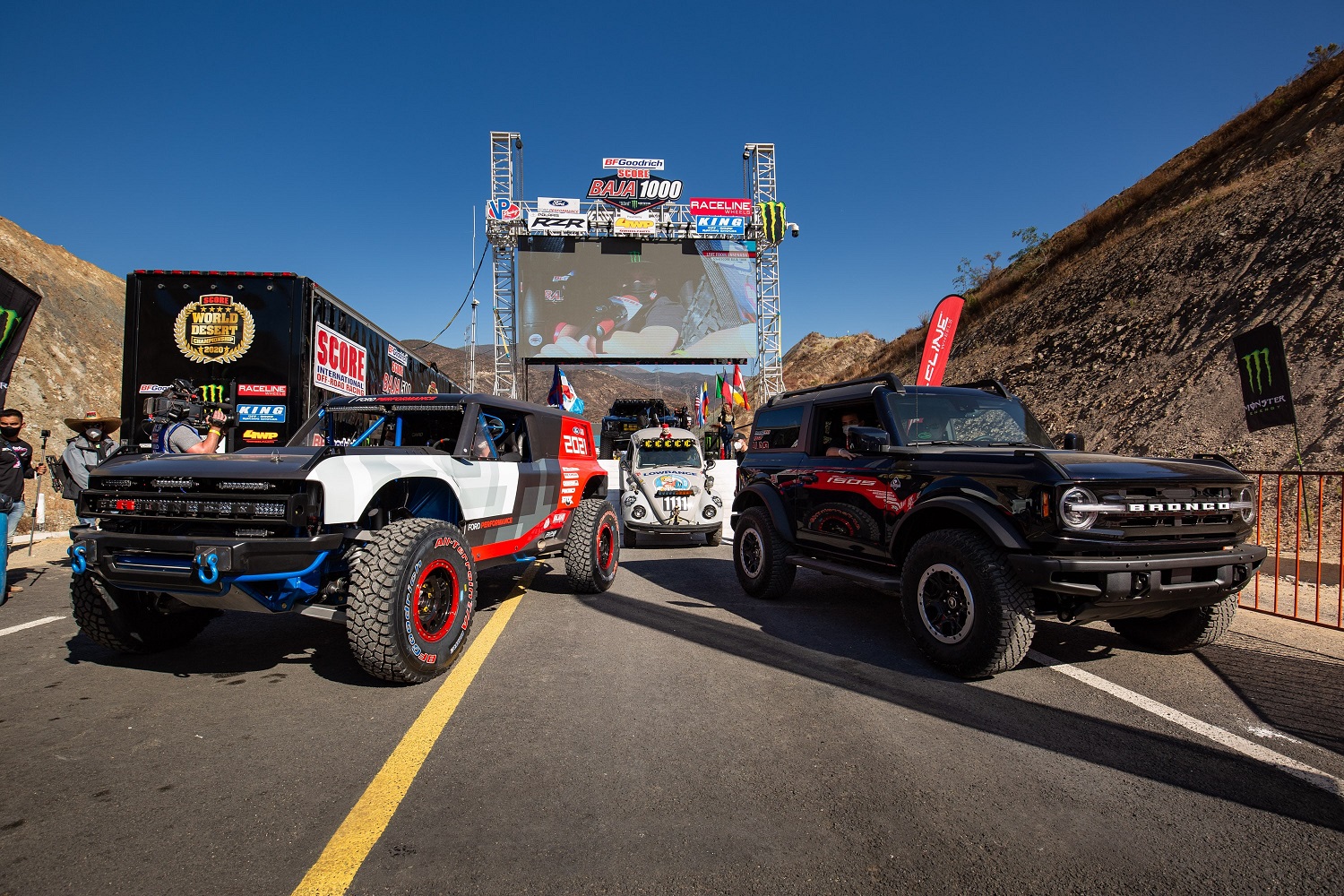 The Ford Bronco R race prototype made its debut at last year’s legendary Baja 1000 race, and the results of that outing were a mixed bag, to say the least. Since then, Ford has been working diligently to learn from their mistakes and give it another go at this year’s race, and now that opportunity has finally arrived, as the 53rd running of the SCORE International Baja 1000 kicks off today and ends late Saturday. 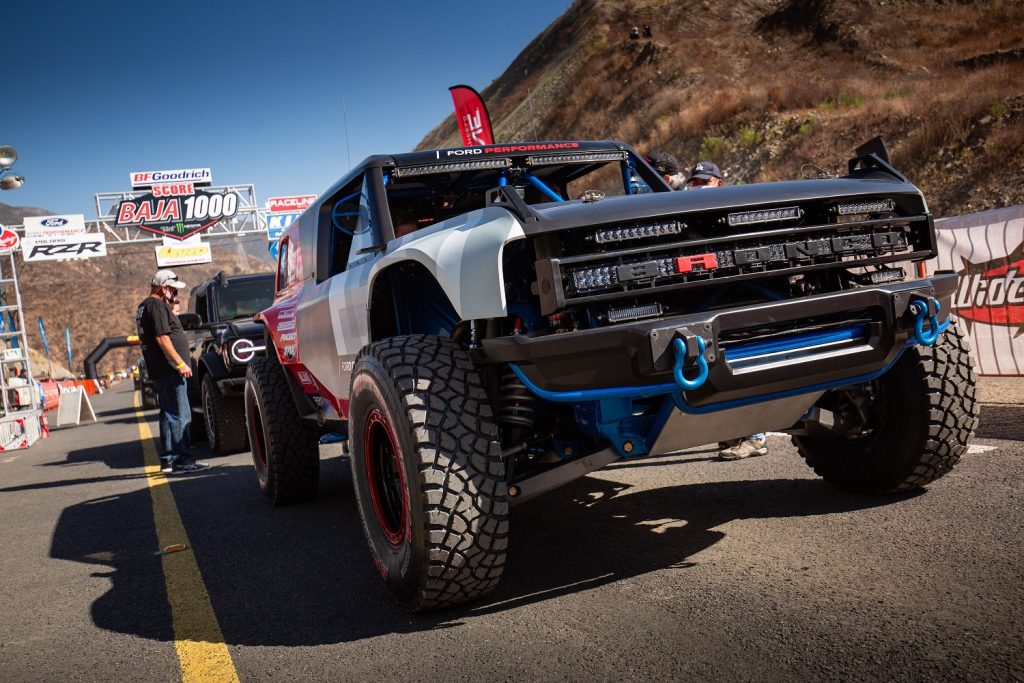 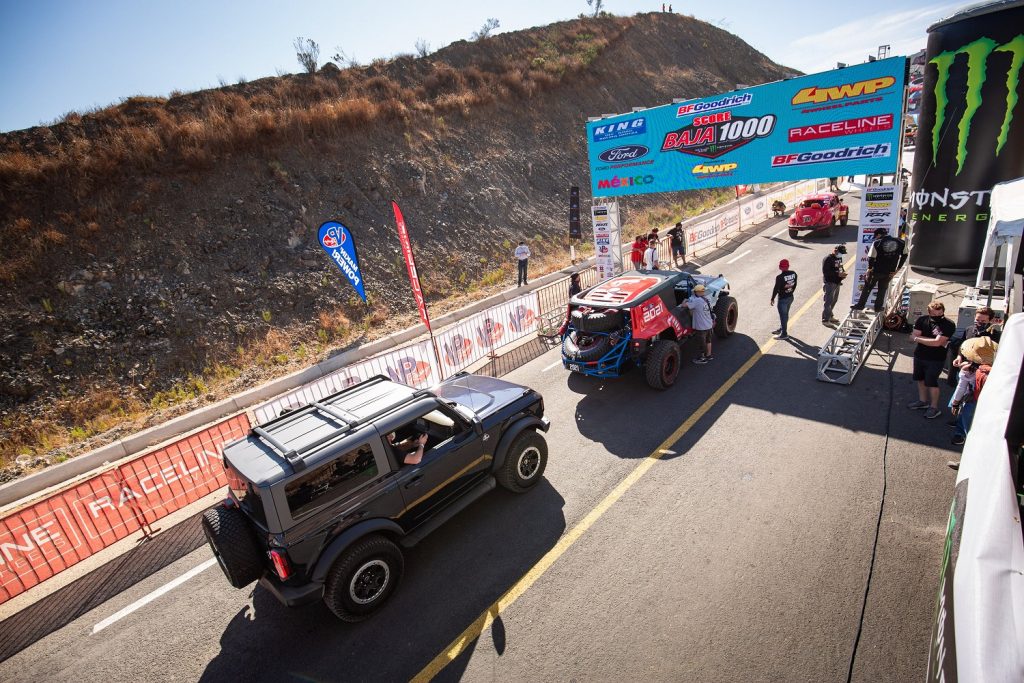 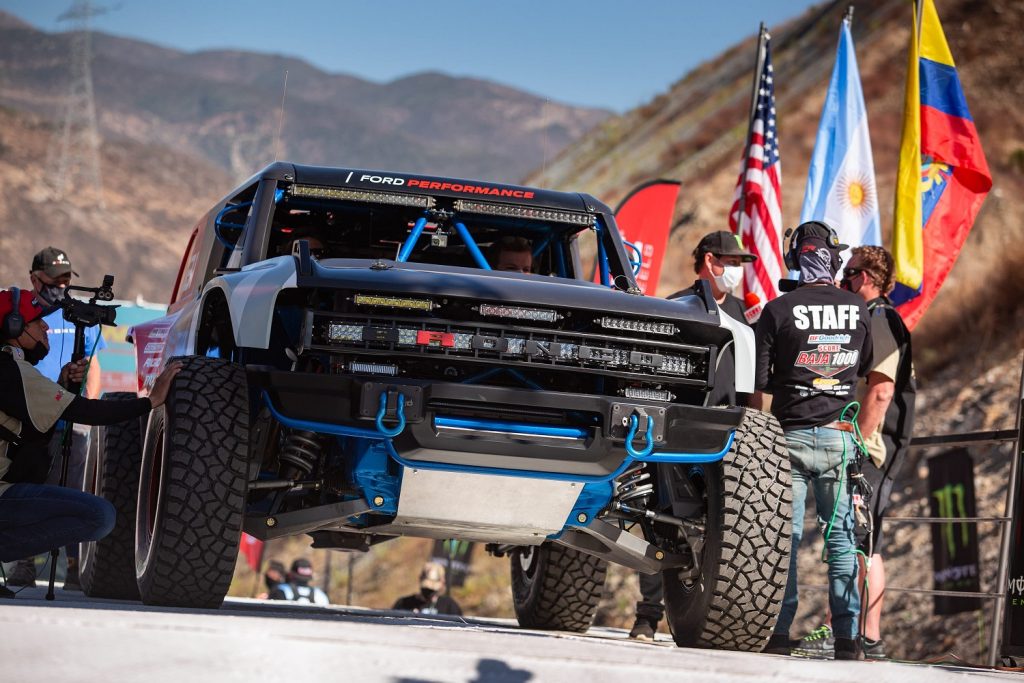 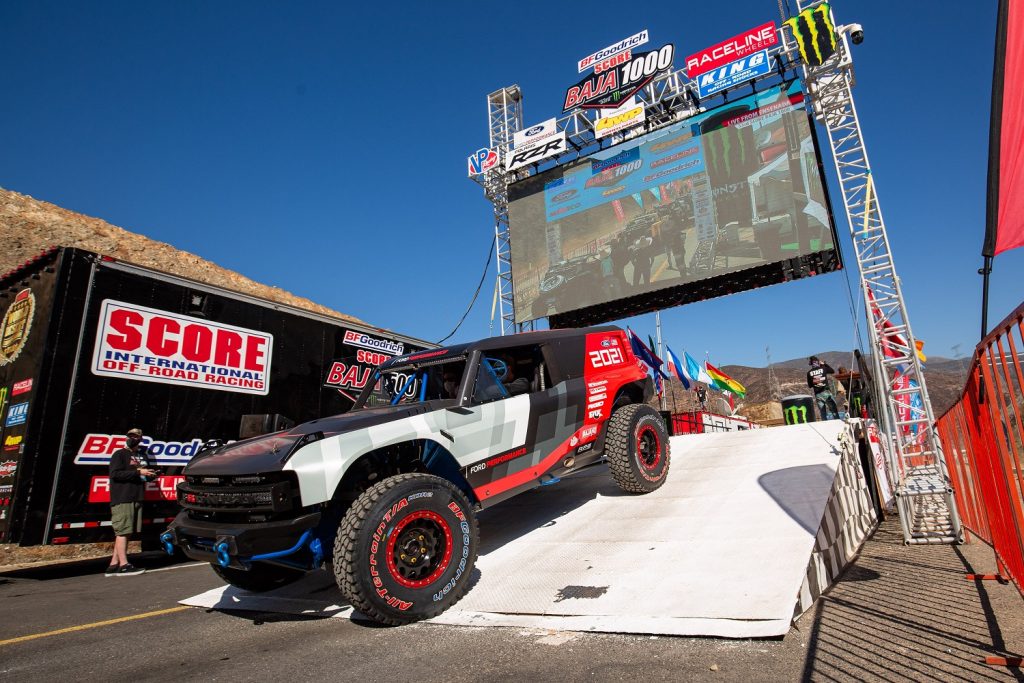 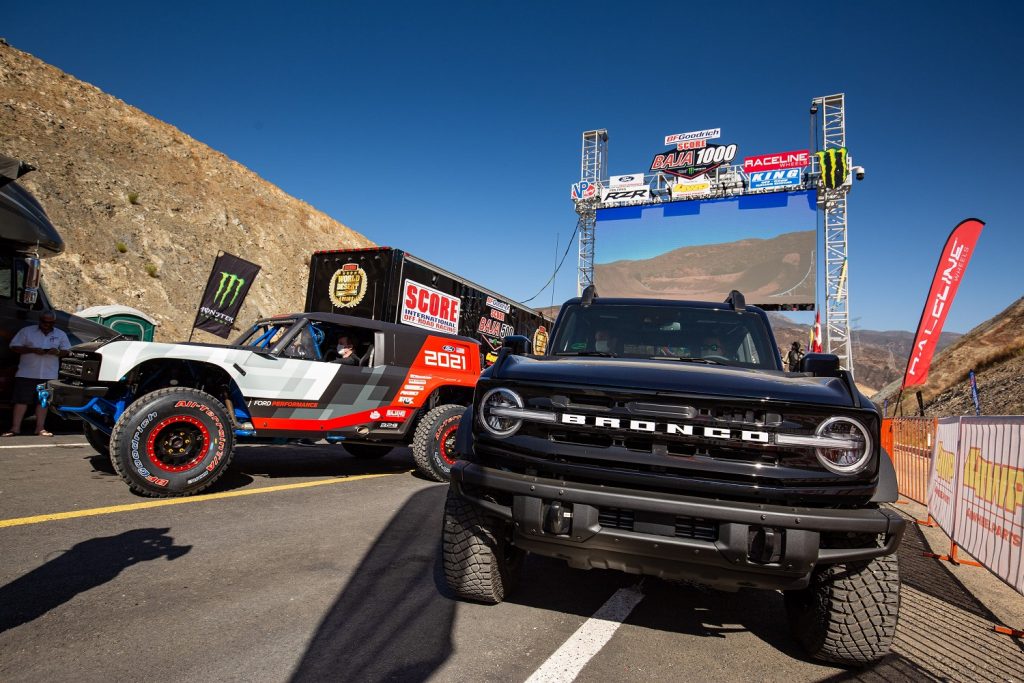 The first all-new 2021 Bronco to visit the Baja 1000 will also be on hand with the Bronco R team
– a two-door Outer Banks equipped with Ford’s Sasquatch Package featuring long-travel Bilstein position-sensitive shocks with internal end-stop control and 35-inch Goodyear off-road tires. It too has HOSS-tuned suspension for high-speed pitch control. 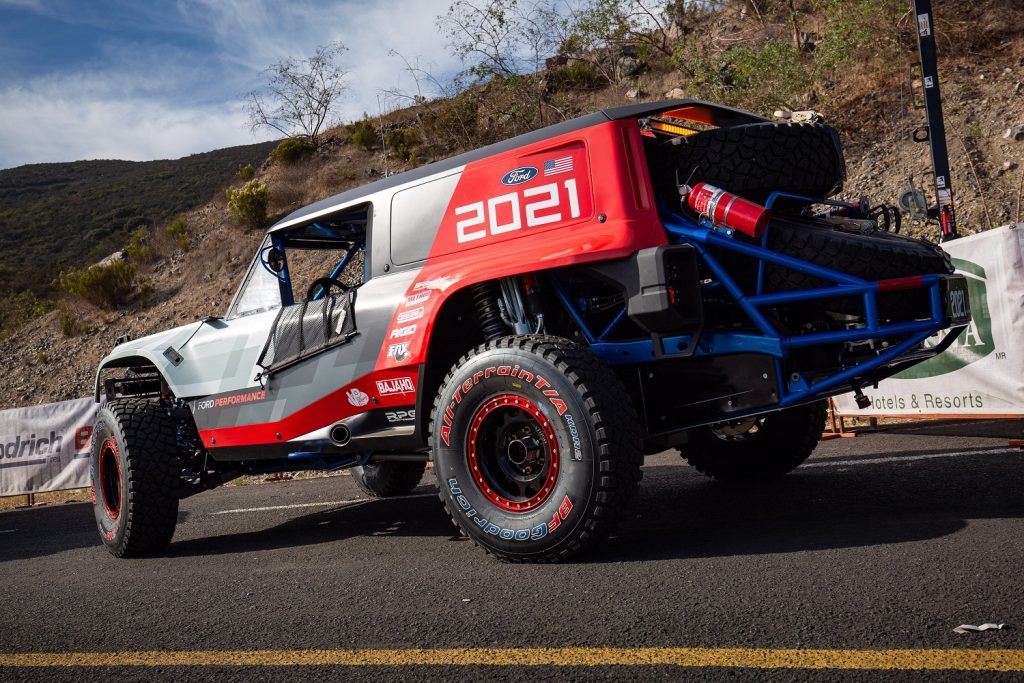 This year’s Baja 1000 race will also serve as a platform for the Bronco brand’s durability and validation process. Modeled after Ford F-Series Built Ford Tough durability testing, Bronco Built Wild Extreme Testing takes toughness even further off-road with real-world testing in the harshest environments including the Rubicon Trail, MOAB, and across the Johnson Valley desert, home of the King of the Hammers off-road competition. 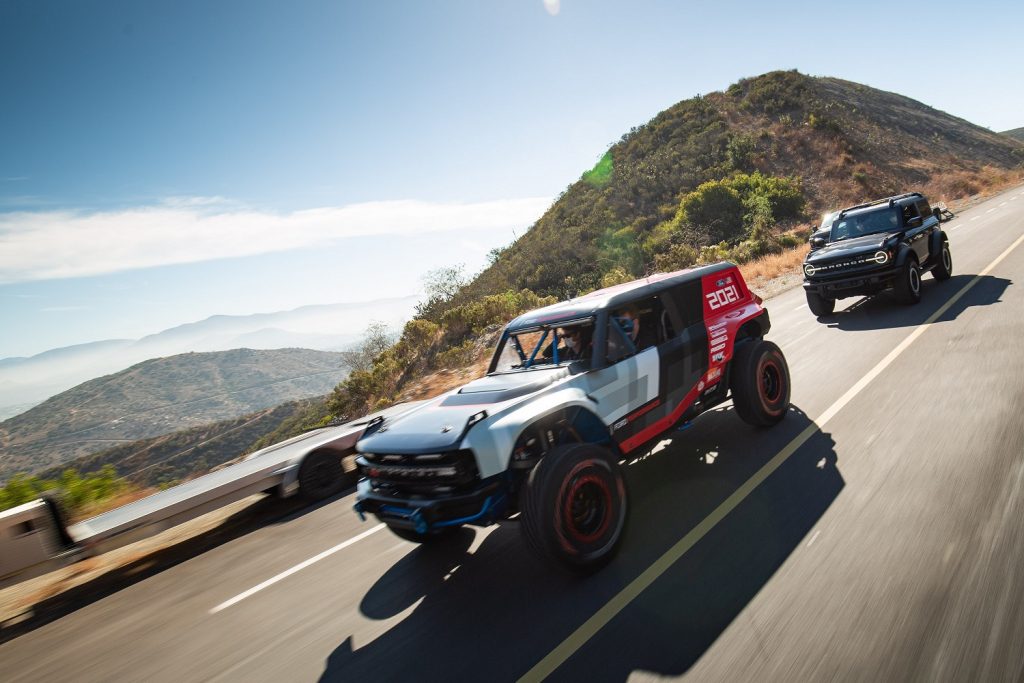 Final validation testing for the Baja mode offered in the Bronco Terrain Management with G.O.A.T. Modes will also be performed at the race. It was designed in collaboration with Steele and fellow Bronco off-road racers to optimize throttle responsiveness using anti-lag strategies first employed in the Ford GT to keep the twin turbochargers spooled-up and then mapped a more aggressive shift schedule for maximum engine torque.

We’ll have more on the Bronco R and its return to the Baja 1000 soon, so be sure and subscribe to Ford Authority for more Ford Bronco news and around-the-clock Ford news coverage. 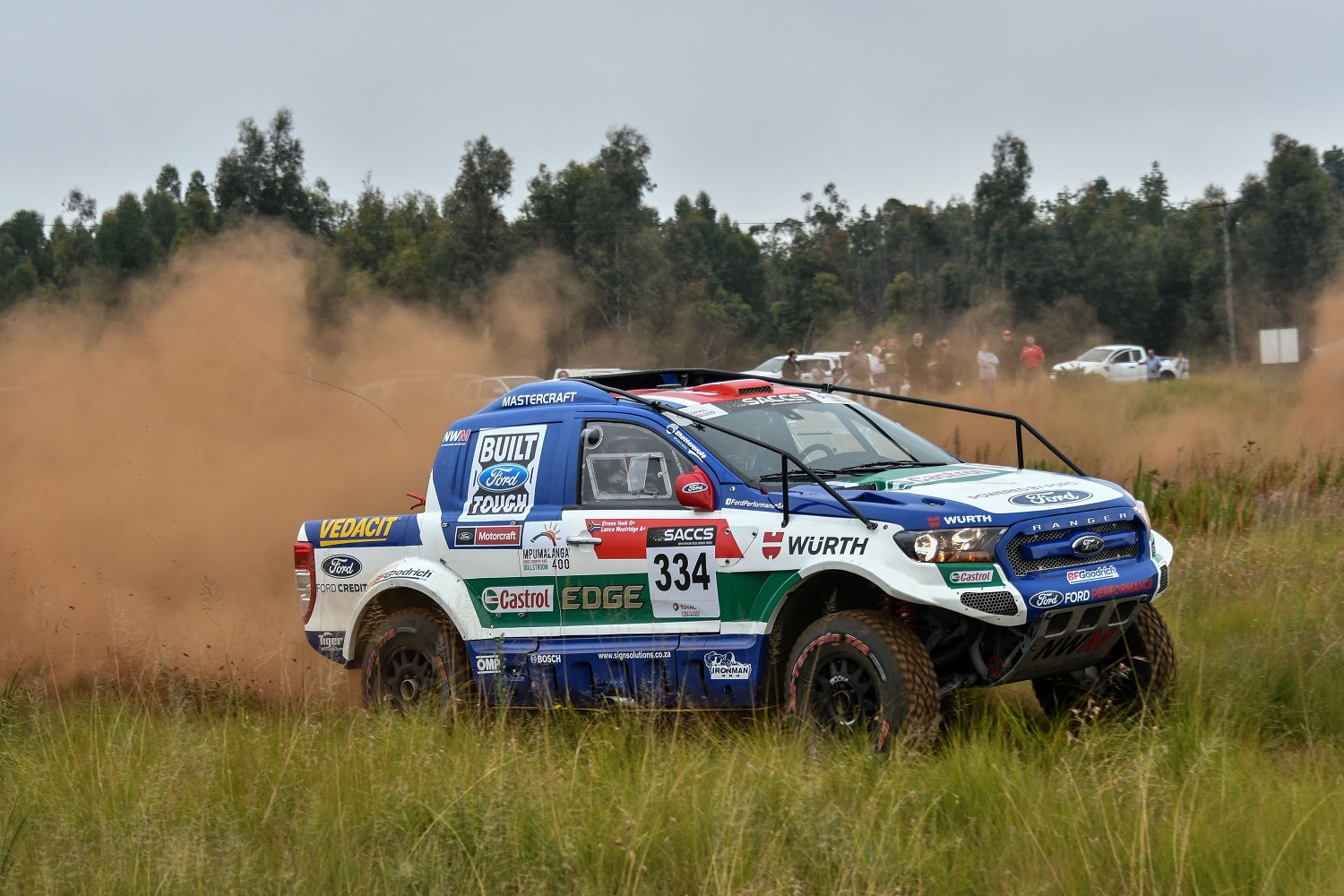