The Ford Kuga PHEV has dominated headlines of late following a stop-sale and recall caused by a few isolate fires. But The Blue Oval is pushing forward with the launch of yet another Kuga model – the Ford Kuga Hybrid, which has now entered production at the Ford Valencia Assembly Plant in Spain. The Ford Kuga Hybrid joins the plug-in hybrid model and the EcoBlue hybrid already on sale in Europe. 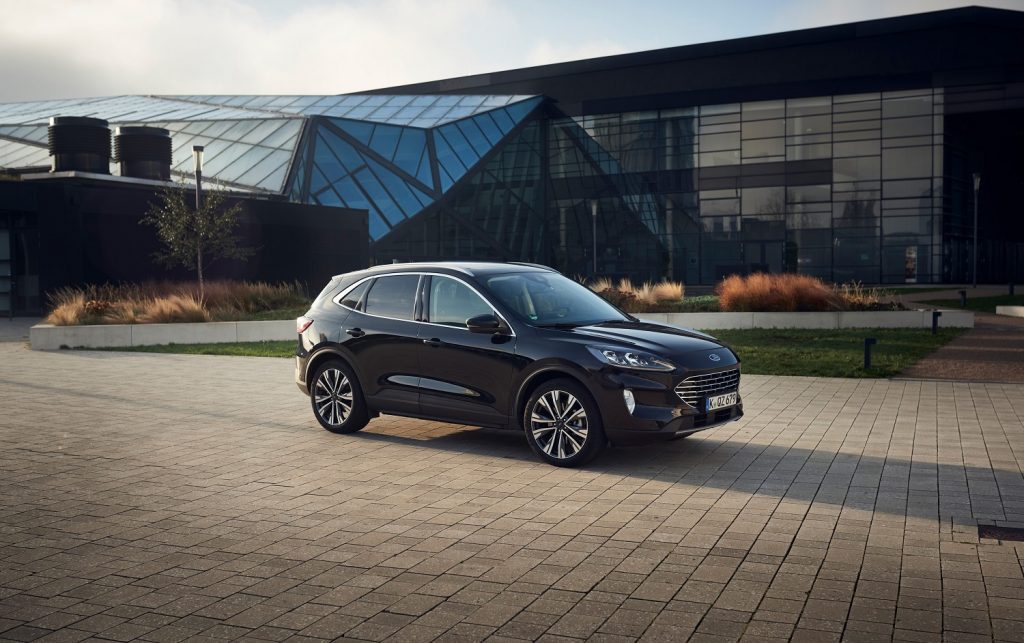 Ford says the new Kuga Hybrid is capable of covering up to 1,000 kilometers (621 miles) of gas-electric and pure electric driving thanks to its 1.1 kWh battery, which is automatically replenished both by the 2.5L Atkinson cycle gas engine and by using regenerative charging when coasting or braking.

The 60-cell battery pack uses a liquid cooling system that eliminates the need for a cooling fan, helping reduce noise levels. In addition, an exhaust gas heat exchanger system helps bring the engine up to its most efficient operating temperature more quickly, enabling Kuga Hybrid to engage pure-electric driving sooner following a cold start and helping quickly warm the cabin. Enhanced battery performance also contributes to a towing capacity of up to 1,600 kilograms (3,527 pounds) for the front-wheel-drive variant. 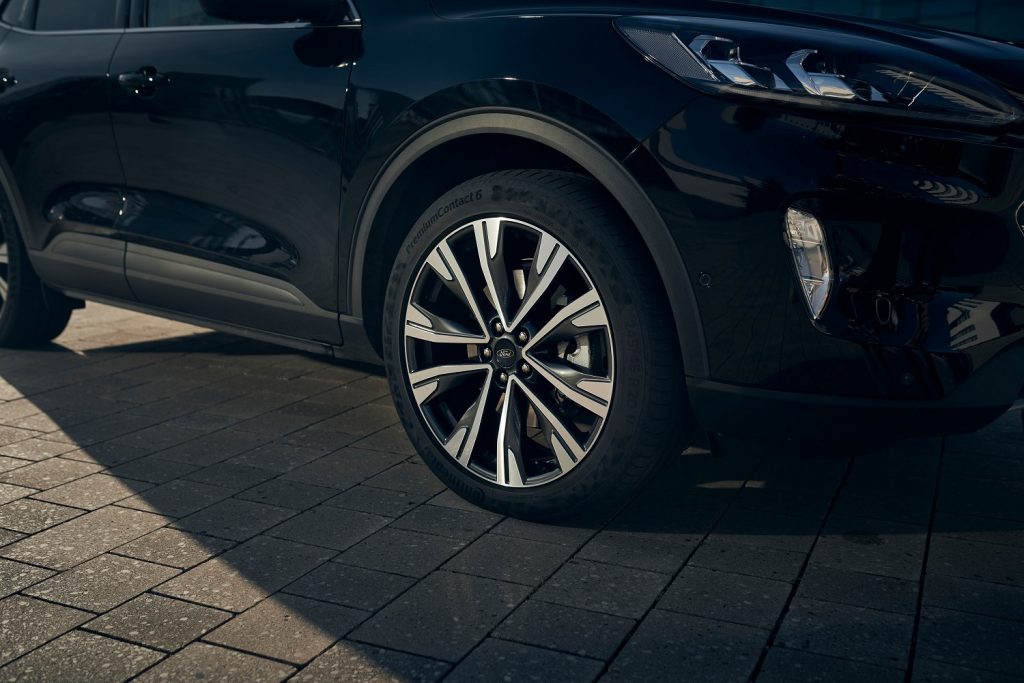 The Kuga Hybrid powertrain is capable of automatically switching between pure-electric, hybrid, and gasoline power thanks to a redesigned motor-generator controller. The latest generation of Ford’s power-split transmission is designed specifically to work with the 2.5L gas engine, seamlessly adjusting ratios for optimum performance and fuel efficiency across a range of driving conditions. Getting from 0-100 kilometers-per-hour (0-62 miles-per-hour) takes 9.1 seconds for the front-wheel-drive variant. 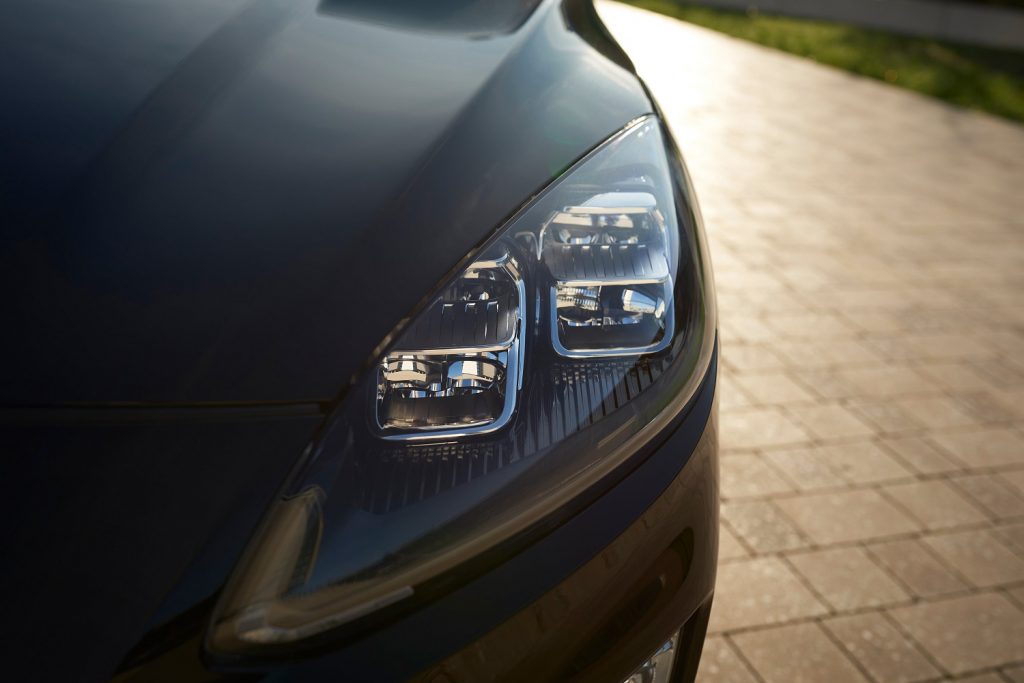 Kuga Hybrid is also the first Kuga to combine an electrified powertrain with the option of Ford’s Intelligent All-Wheel-Drive technology. Both front-wheel-drive and Intelligent All-Wheel-Drive variants utilize a simulated gear-shift function for the power-split transmission. The technology is designed to emulate the familiar gear-changes of a conventional automatic transmission for greater driver engagement. 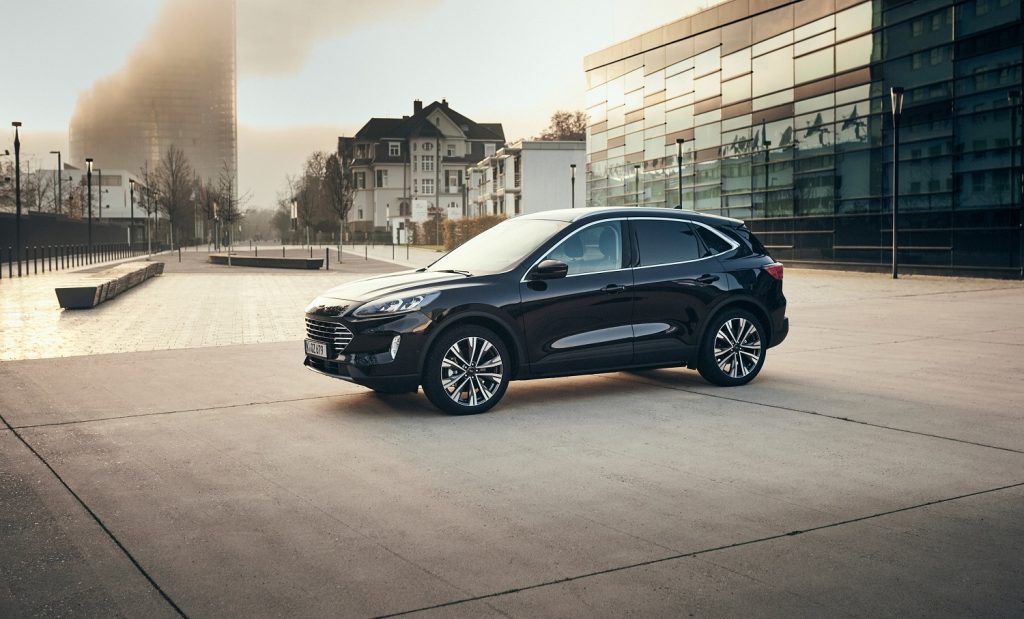 One of 17 electrified Ford vehicles set to be introduced in Europe before the end of next year, production of the new Kuga Hybrid is now underway. Kuga Hybrid’s advanced lithium-ion battery packs are also assembled at the Valencia plant following a €24 million ($28 million USD) investment in a new state-of-the-art battery assembly facility to support Ford’s electrification strategy in Europe.

Kuga Hybrid completes the most electrified line-up for a single nameplate ever offered by Ford, and joins Kuga Plug-In Hybrid and EcoBlue Hybrid 48-volt mild hybrid variants, alongside traditional petrol and diesel engines for a comprehensive range of powertrain options. 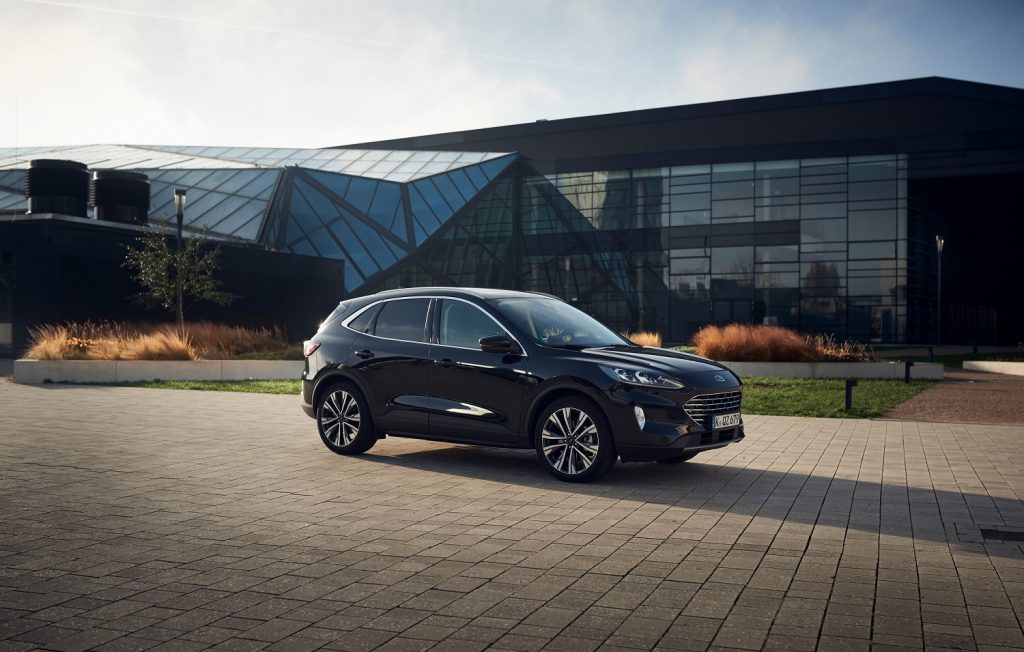 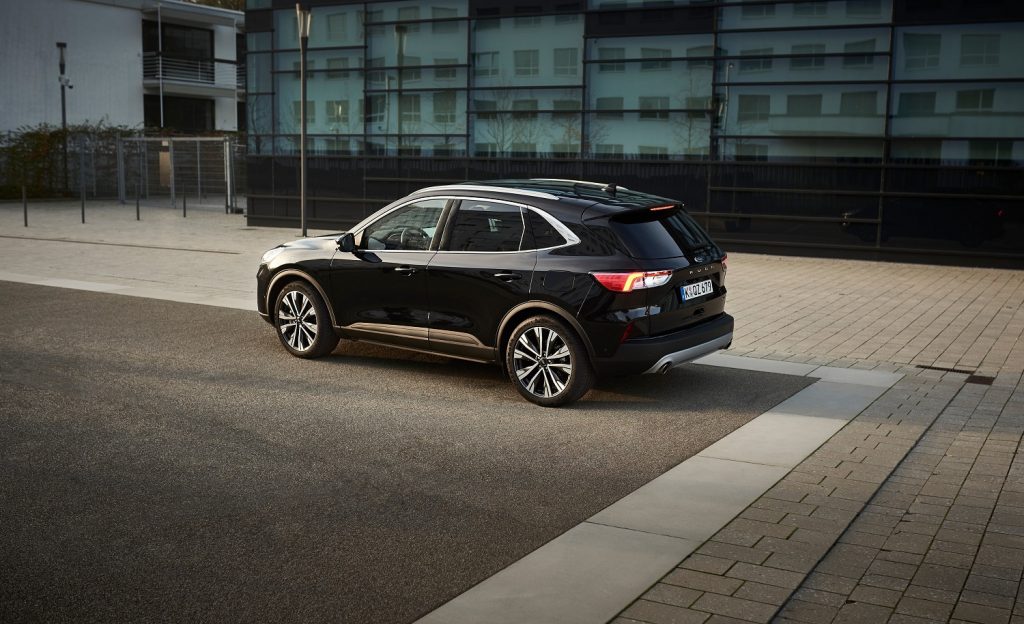 We’ll have much more on the Kuga soon, so be sure and subscribe to Ford Authority for more Ford Kuga news and ongoing Ford news coverage.