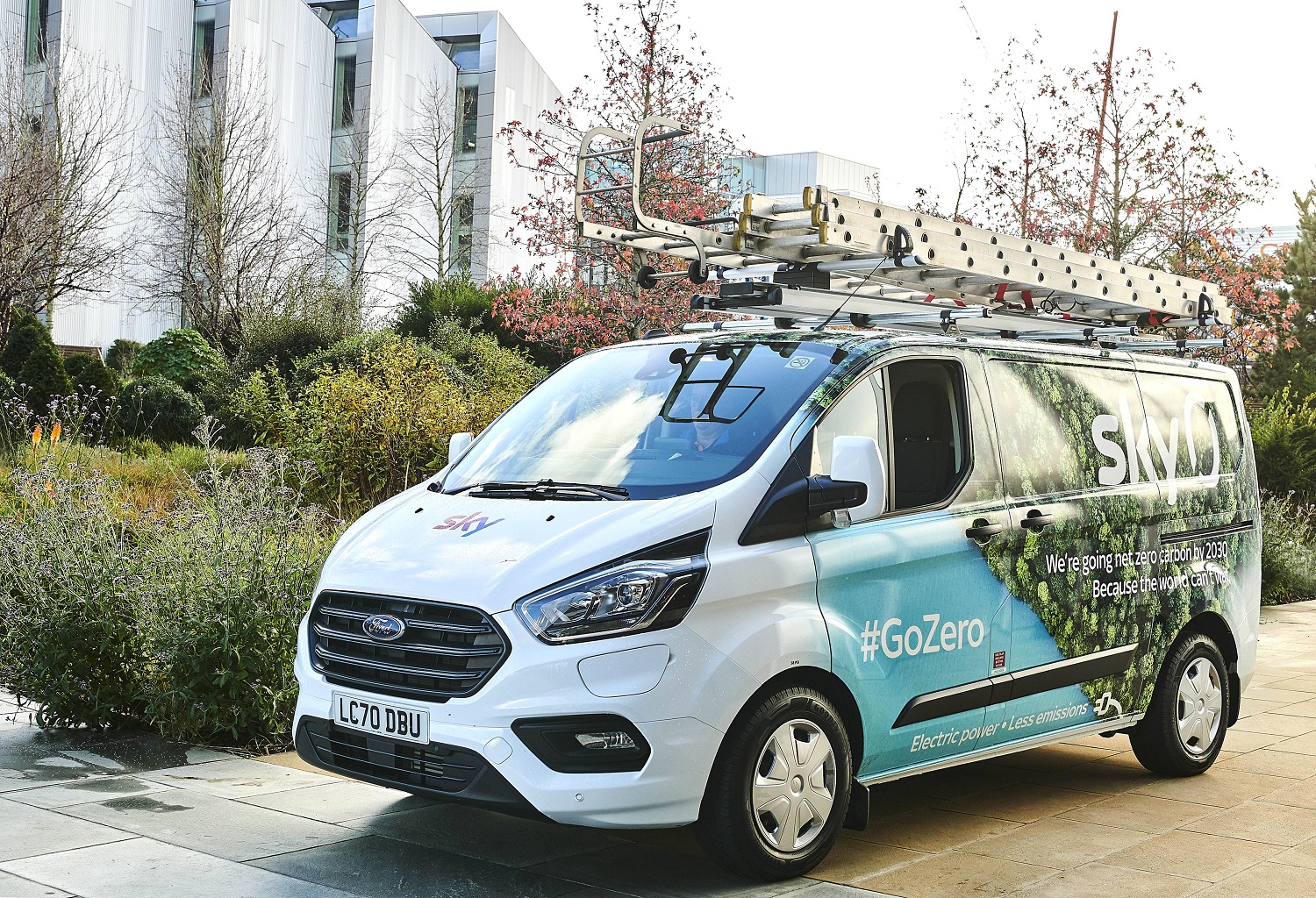 With the all-electric E-Transit dominating the headlines lately, it’s easy to forget that Ford also builds and sells the plug-in hybrid Transit PHEV model, which has proven quite popular with commercial customers. That includes the UK-based telecommunications company Sky, which will supply its engineers with 151 Ford Transit Custom PHEVs this year to contribute to the company’s net-zero carbon drive. 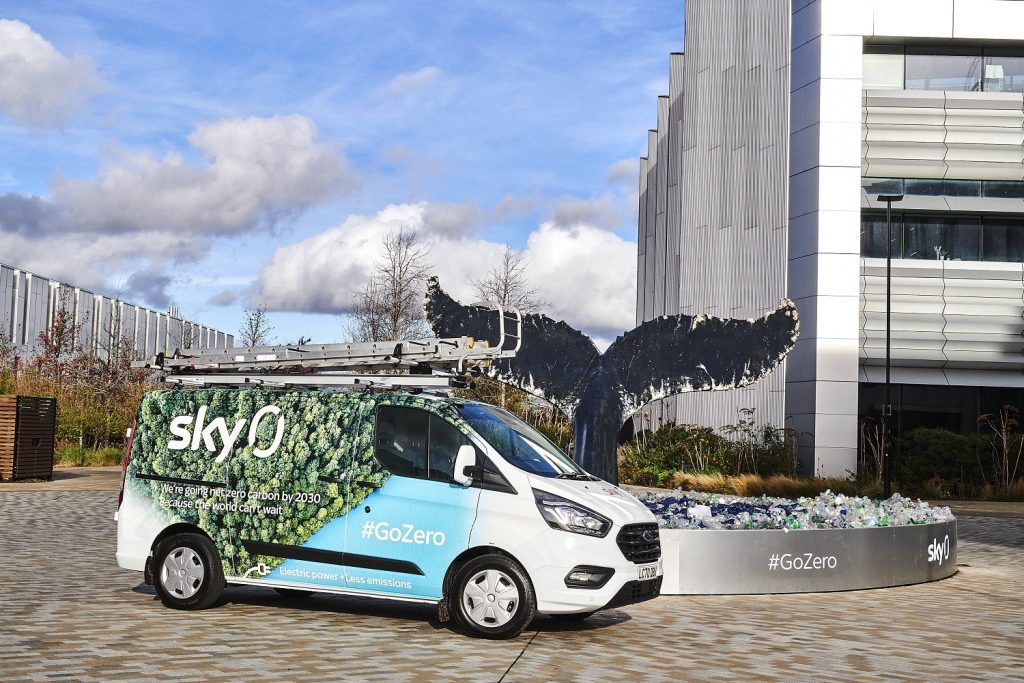 Only four months after the vehicle’s UK introduction, Sky has selected the UK’s first one-ton van with plug-in hybrid technology for zero-emission driving as part of its commitment to be net-zero carbon by 2030 – two decades ahead of the government’s target.

“Our new plug-in Ford Transit works for businesses driving in towns because its development included input and learnings from city-based fleets including Sky,” said Neil Wilson, Ford fleet director. “They had one of the 20 prototypes Ford loaned 17 London fleets in total, to understand real-world usage by collecting data on the test vans’ performance. I’m delighted that this early access impressed Sky enough for Ford to win this important and valued order.” 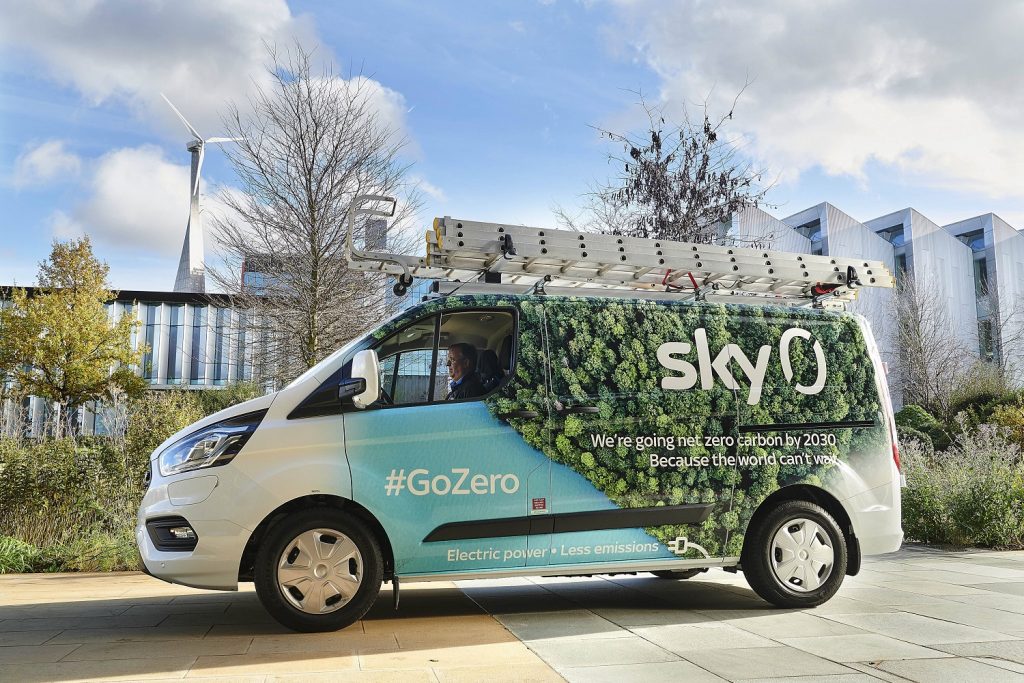 As a result of the 12-month trial – which gathered 16 terabytes of data from 150,000 miles traveled, 1,800 battery charges, and over 70 percent of journeys in London completed in electric mode – a geofencing feature specified on all vehicles by Sky was made available.

The geofencing module automatically switches the vehicle to electric mode when entering a low-emission zone, or any other area specified for zero-emission driving. The technology, which can be retrofitted, ensures that businesses comply with regulations, and avoid charges or penalties. 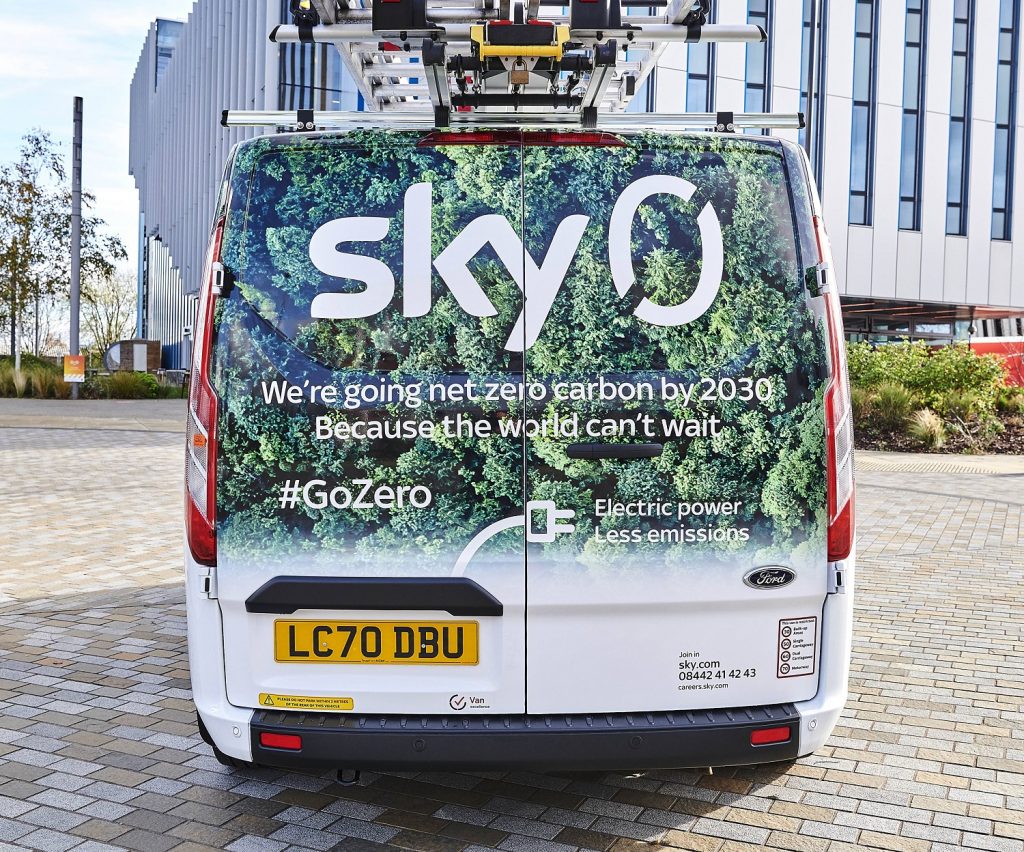 “This is an exciting move towards our Sky Zero commitment to be net-zero carbon by 2030,” said Jeremy Darroch, Sky group chief executive. “The arrival of these Ford Transit plug-in hybrid vans means we are cutting emissions today while working towards finding 100 percent electric solutions for tomorrow.”

“The great strength of our business is its ability to adapt to change, and responding to the growing climate emergency is no exception,” Darroch added. “We want to work with suppliers and the government to speed up the transition to net-zero fleets and ensure we have a strong charging infrastructure across the country.” 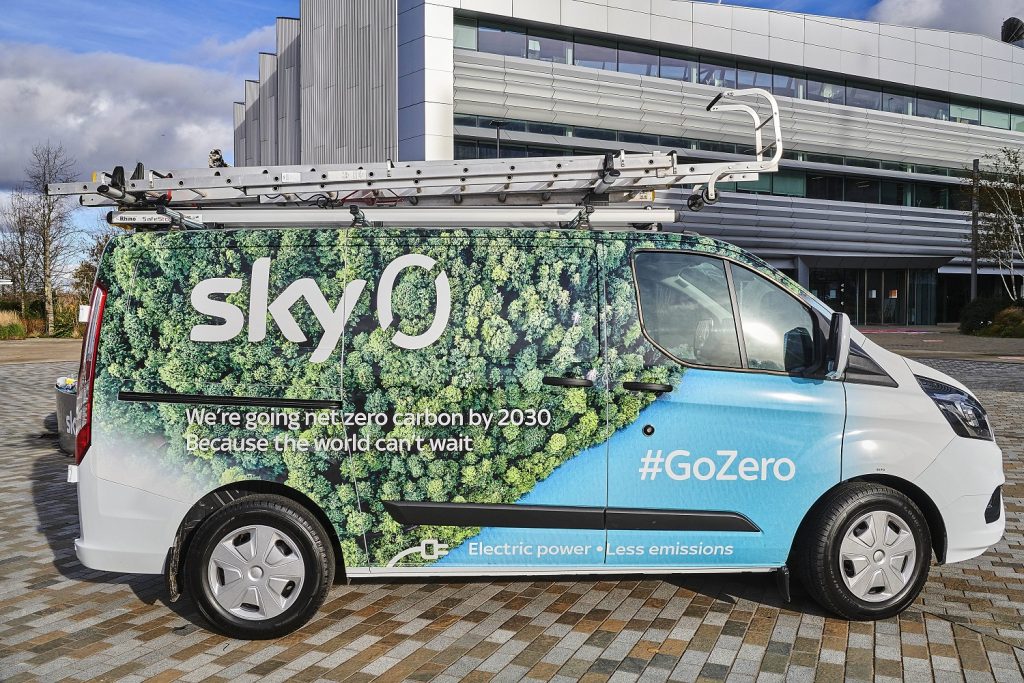 The Ford Transit Custom PHEV, which is eligible for the Plug-in Van Grant contributing 20 percent of the purchase price up to £8,000 ($10,676 USD), has a zero-emission range of 35 miles while operating with a full load and carrying the ladders required by Sky for most installations. The new additions deliver Sky a CO2 reduction of 90g/km, which is a CO2 saving of 60 percent and will be assigned to low-mileage Sky customer engineers. The van’s battery pack is located under the load floor, preserving the full 6.0m3 cargo volume offered by the standard van. 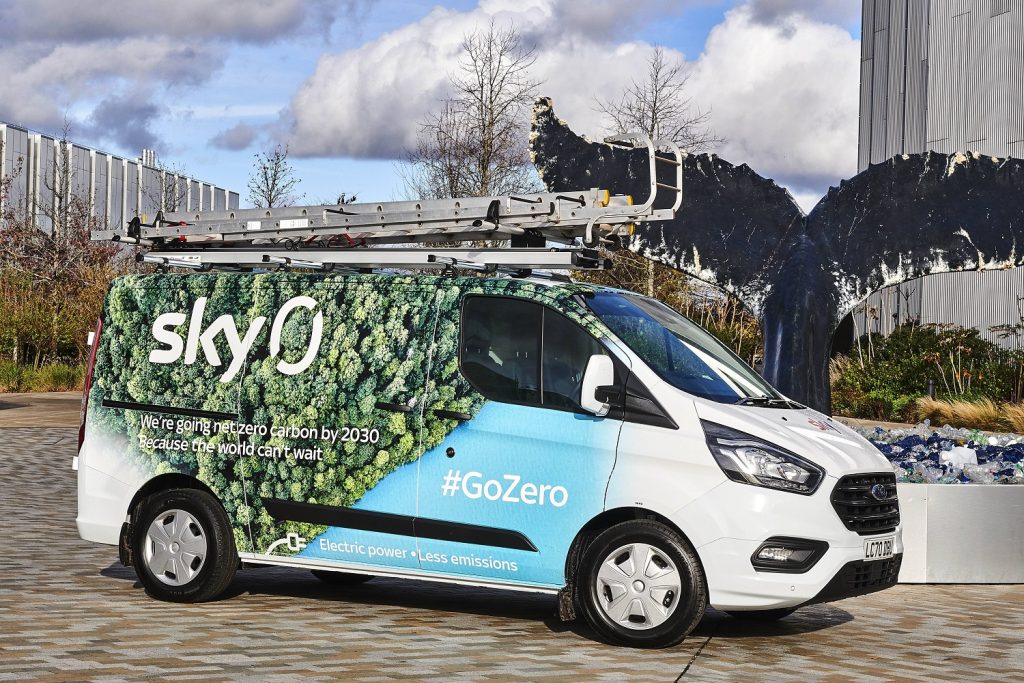 Each van will debut Sky Zero’s new branding publicly to spread the campaign’s message across the country, encouraging others to #GoZero. Through its Sky Zero strategy, Sky will be making all its tech products more energy-efficient, developing the world’s most sustainable film and TV studios, and make every Sky original production, TV channel, and film net-zero carbon by 2030.

We’ll have more on the Transit PHEV soon, so be sure to subscribe to Ford Authority for more Ford Transit news and non-stop Ford news coverage. 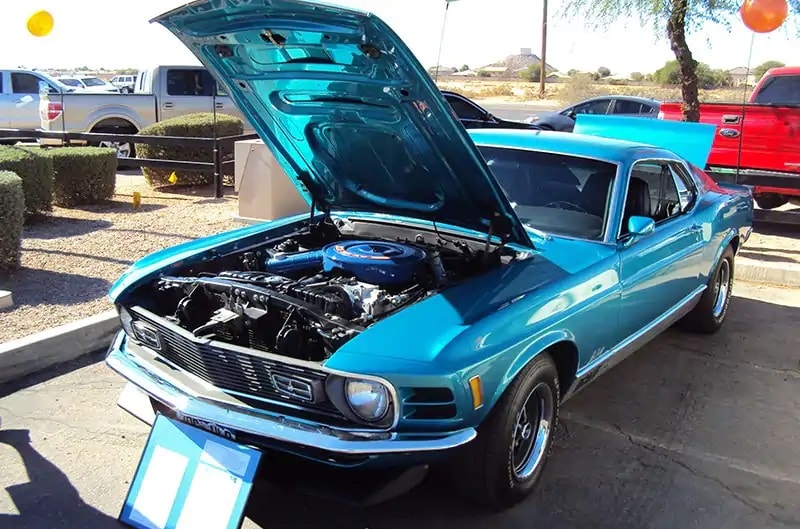