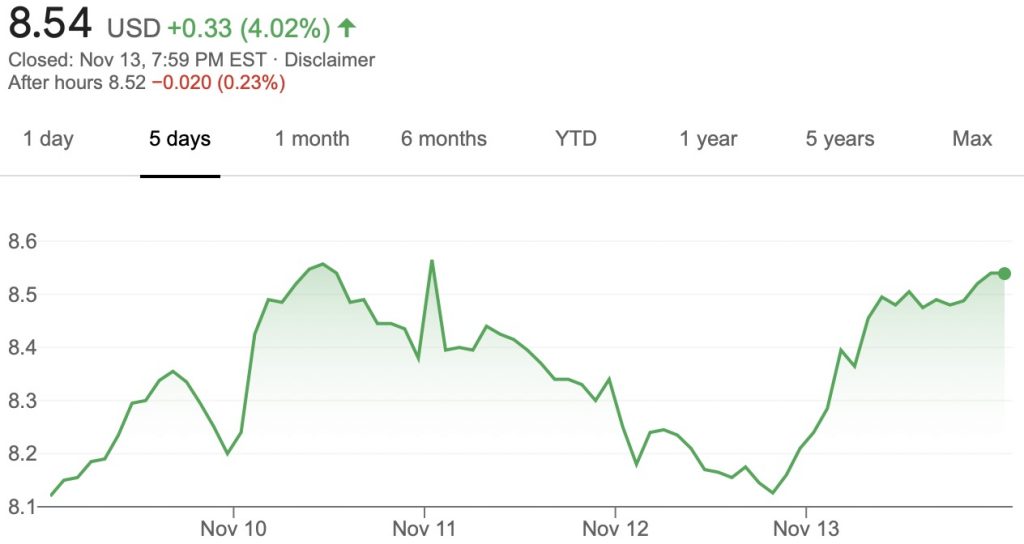 The notable increase in Ford share values this week comes after a period of fluctuating values that offsets any recent loses. This week, various analysts have rated Ford stock as a buy.

A major contributing factor to Ford’s current share value is the Dearborn-based automaker’s third quarter 2020 earnings, which were headlined by $2.4 billion in net income on revenue of $37.5 billion. During the timeframe, sales decreased 5 percent to 551,796 units in the U.S., representing a very healthy recovery in light of the COVID-19 pandemic. It’s worth noting that Ford stock jumped 5 percent when the automaker reported its Q3 earnings, marking the largest single-day percentage gain since June 5th.

Besides the Bronco and Bronco Sport, Ford also is currently launching the all-new 2021 F-150 – its most profitable and revenue-generating product. The all-new half-ton, full-size pickup features a significant amount of updates and new features, along with an all-new exterior and interior.

Ford stock has seen historically-low values during the COVID-19 pandemic, with some being the lowest recorded in over a decade. This week’s $8.54 per share price places the value $0.88 below the $9.42 per share mark at which Ford stock opened the 2020 calendar year.