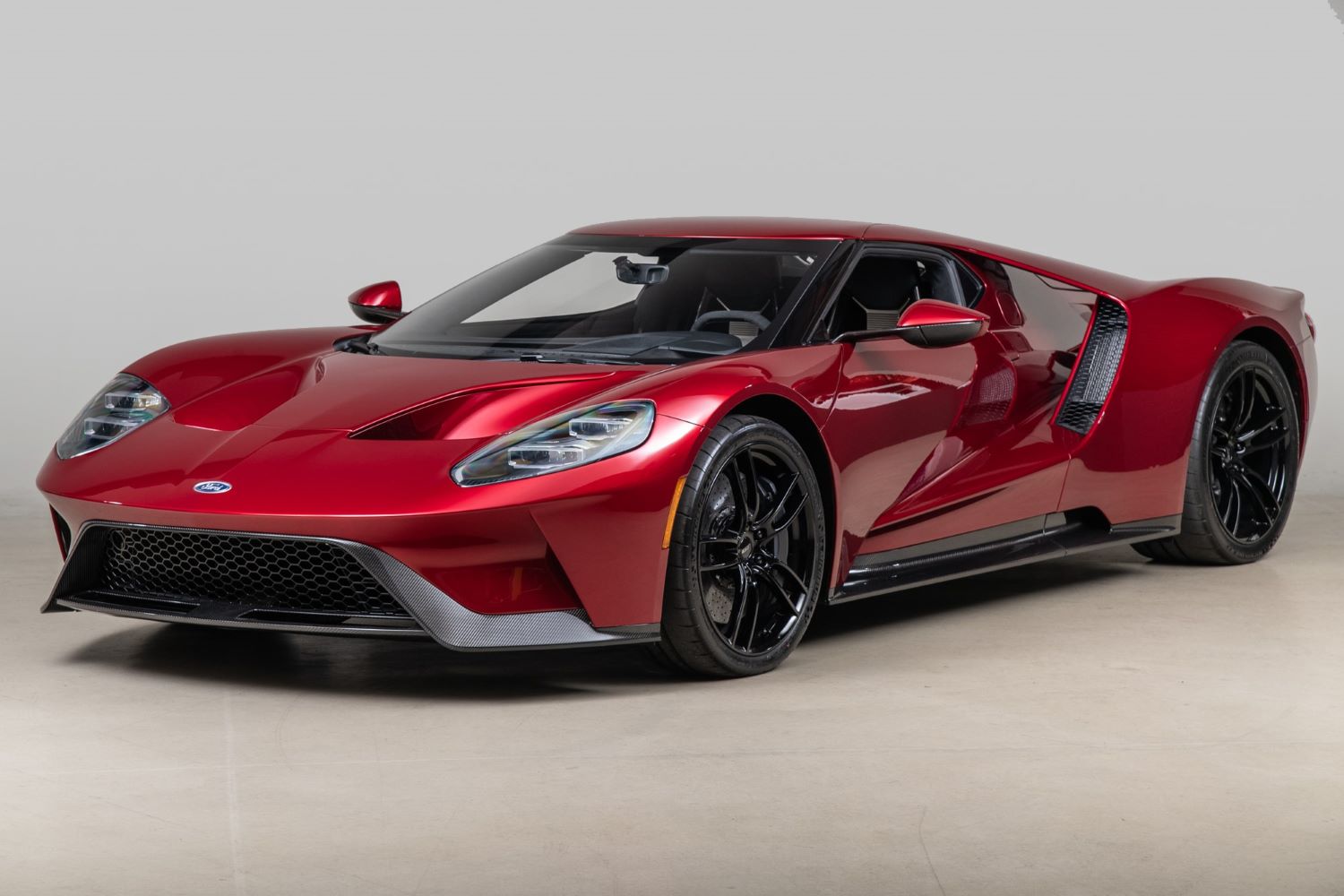 Now that the two-year no-sale clause on second-gen Ford GT models is starting to pass, we’re seeing more and more of them pop up for sale. That includes a few examples owned by celebrities and professional race car drivers. But this particular 2017 Ford GT, up for grabs at Canepa, has a truly special ownership history – it’s coming from the garage of Ford’s VP of design and the lead of the Ford GT design team, Moray Callum. 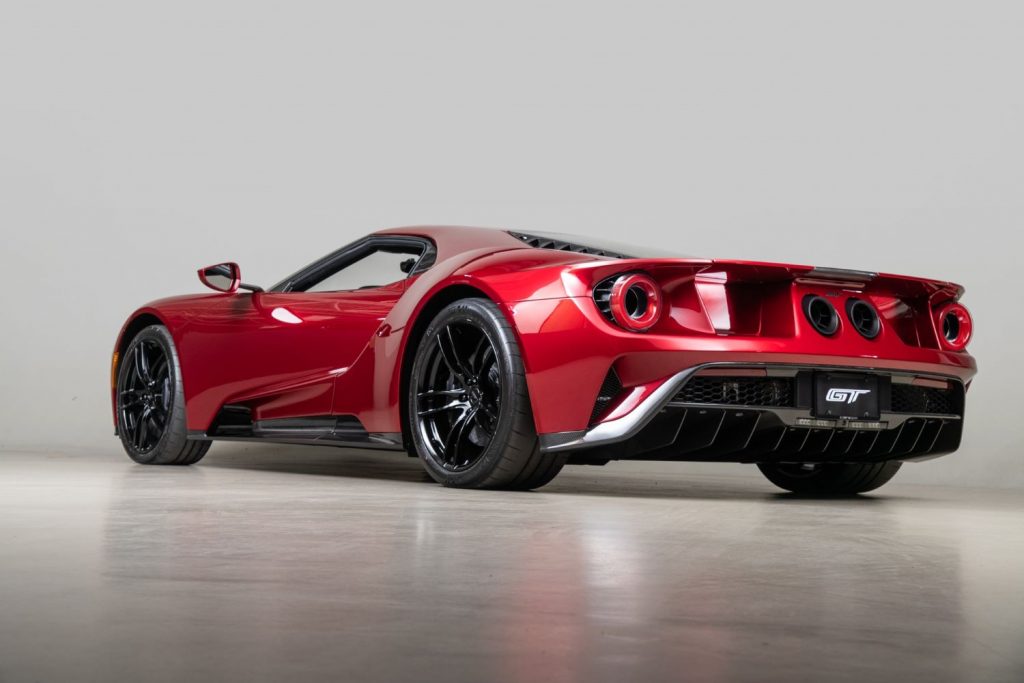 Callum had been with Ford since 2006 as the Executive Director of Design for the Americas before The Blue Oval put him in charge of Ford GT design in January of 2014. At the time, the idea wasn’t even to bring back the Ford GT at all, however, but rather to develop a Ford Mustang-based GT for Le Mans. 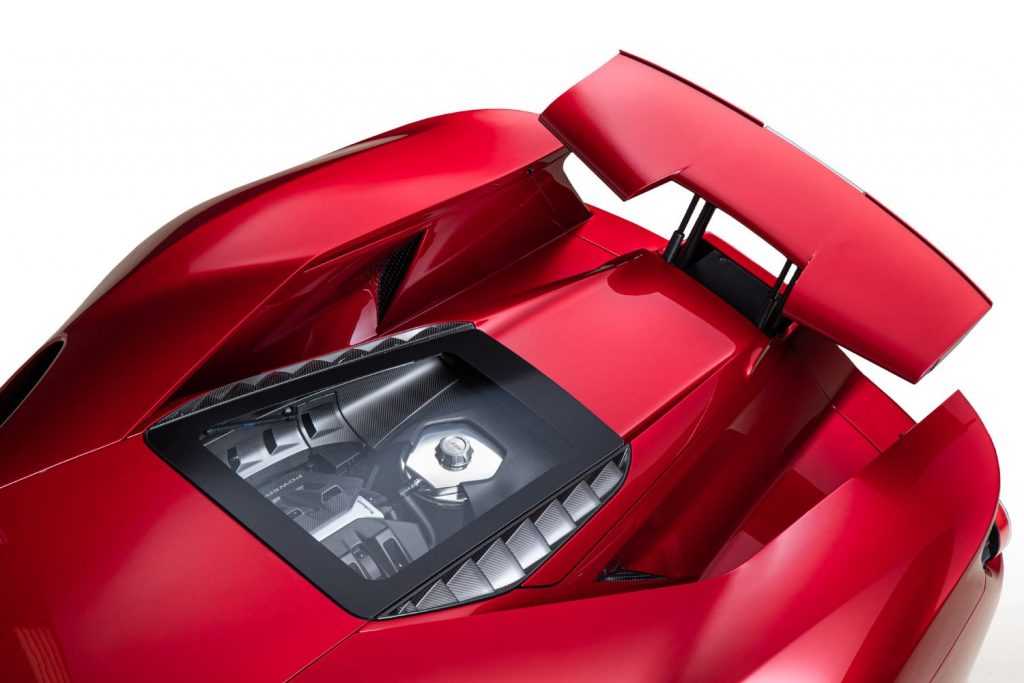 Ultimately, of course, Ford opted to spend the money and come up with a clean-sheet design, and Multimatic would be responsible for engineering and building the car. Development took place in secret, with eight designers huddled together in an empty storage room at Ford’s Dearborn facility, slowly evolving from drawings to clay models to the real deal. 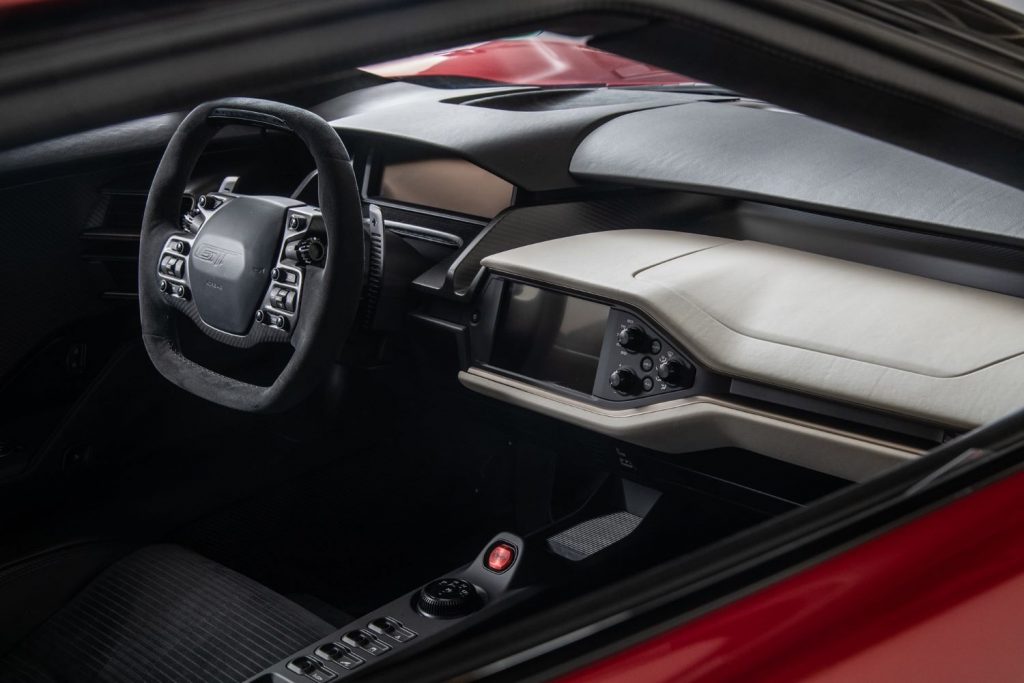 Soon, the 2017 Ford GT landed and left a lasting impression on the world of automobiles and motorsport. Essentially a race car for the street, the Ford GT has also proven highly successful on the track, scoring a class win at the 2016 24 Hours of Le Mans on the 50th anniversary of Ford’s famous 1966 1-2-3 win at the French race. 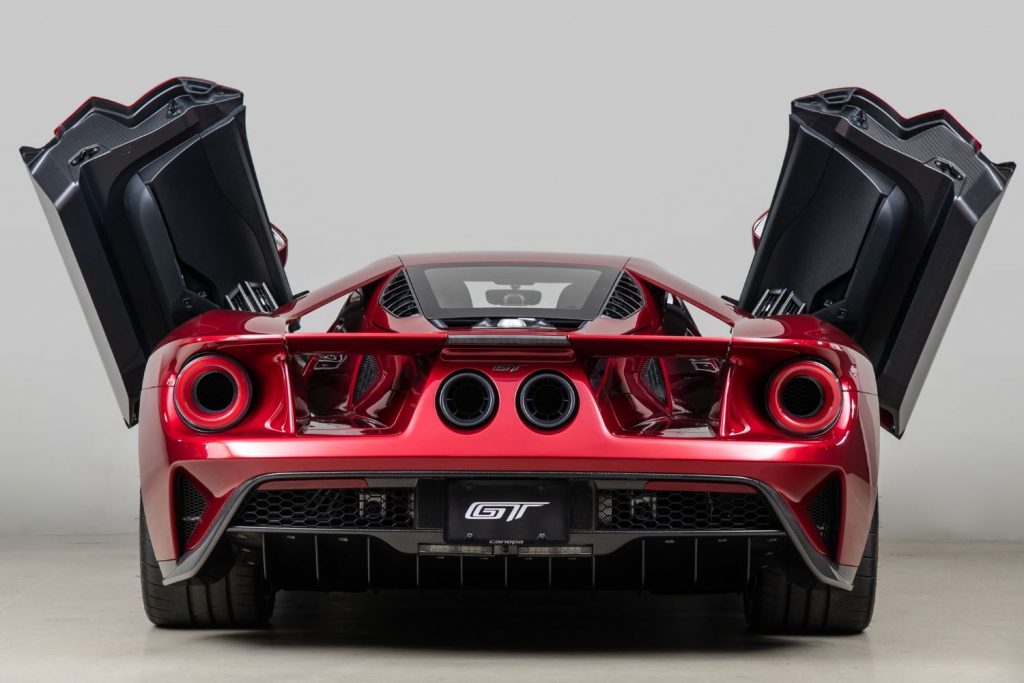 Callum’s own 2017 Ford GT was spec’d in Liquid Red Metallic with a contrasting Re-Entry interior package and a white leather dash and seats. He didn’t drive it very much, however, accumulating only 204 miles on the odometer in his years of ownership. That makes this particular GT a special machine indeed, even in spite of its star-studded ownership history.

We’ll have more cool cars for sale to share soon, so be sure and subscribe to Ford Authority for more Ford GT news and around-the-clock Ford news coverage. 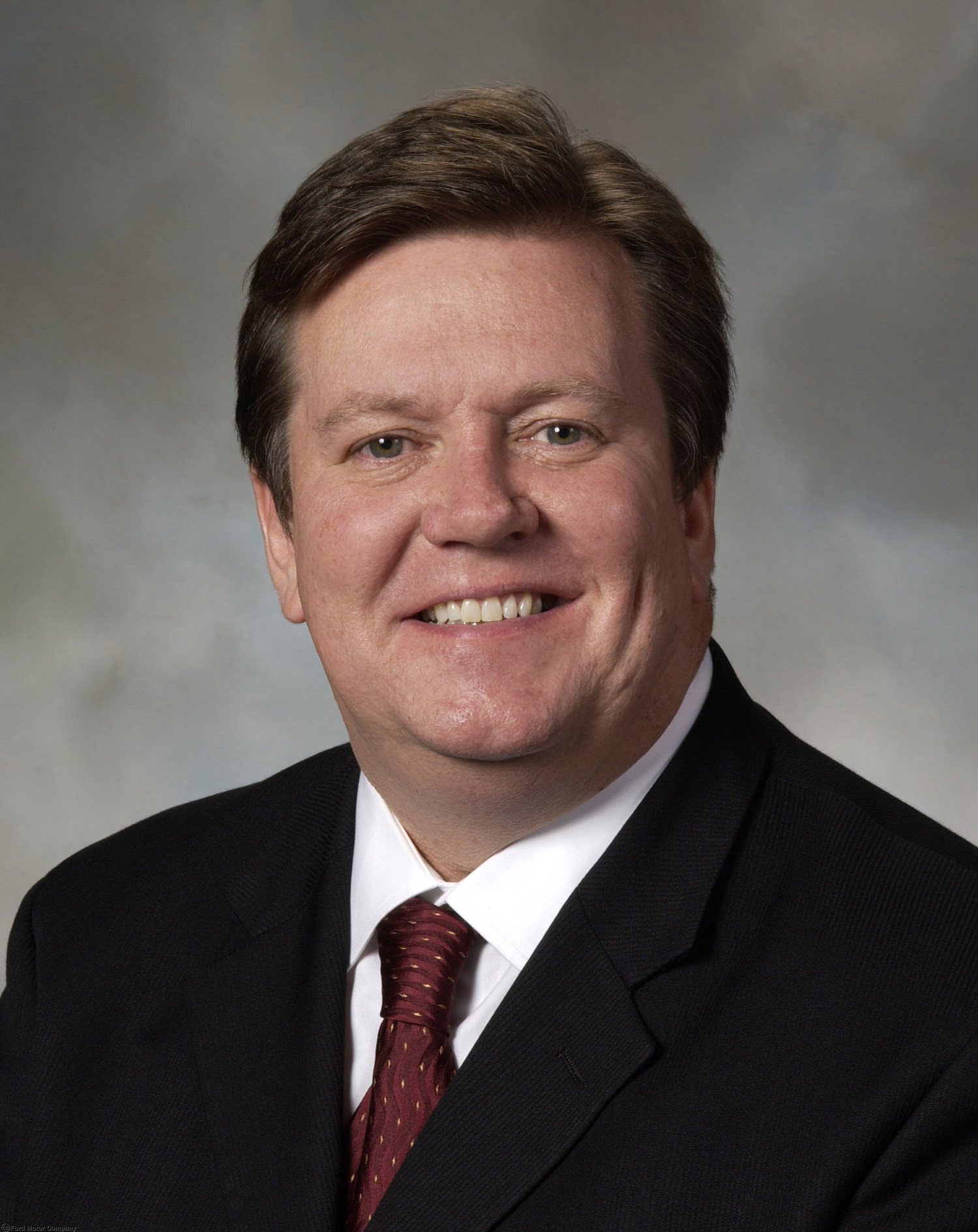