Earlier this month, Ford announced that its former IT chief technology officer and Ameritrade CIO Vijay Sankaran would be returning to the Blue Oval as chief software and information officer. However, the automaker now says that Sankaran has opted not to rejoin the company, citing personal reasons. 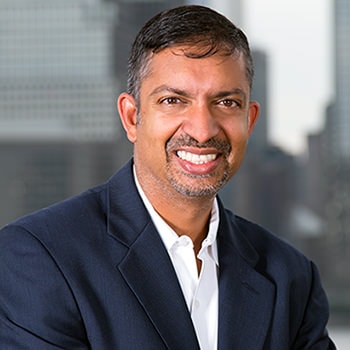 “Vijay informed us that while he was excited by the opportunity to rejoin Ford during this transformative period for the company, he decided he wanted to take some time off to spend with his family before entering the next phase of his career,” said Ford President and CEO Jim Farley. “We respect his decision and wish him the best in the future.”

“This was a difficult decision, as I was very interested in returning to Ford to help advance the company’s transformation, but I determined after much thought that I needed to take a break to devote more time to my family and recharge before taking on a new leadership role,” Sankaran said. “Despite this decision, I’m confident Ford has a bright future and extend my best wishes to my former colleagues.”

Vijay Sankaran previously spent 12 years with Ford up until 2013, at which time he was the automaker’s IT chief technology officer. He then spent seven years at TD Ameritrade, the last four as the company’s chief information officer.

At TD Ameritrade, Sankaran and his team led the financial trading company’s own digital revolution.  That included introducing new client-facing mobile applications, infusing capabilities enabled by artificial intelligence to deliver client personalization and self-service, and scaling its trading platform fivefold to accommodate the stock-trading boom spawned by the coronavirus pandemic.

Ford said that Jeff Lemmer will continue as the automaker’s chief information officer for the rest of the year. The company will announce a permanent senior leader to oversee technology, software, and data in the near future.

We’ll have more on all of Ford’s executive leadership changes as they happen, so be sure and subscribe to Ford Authority for continuous Ford news coverage.