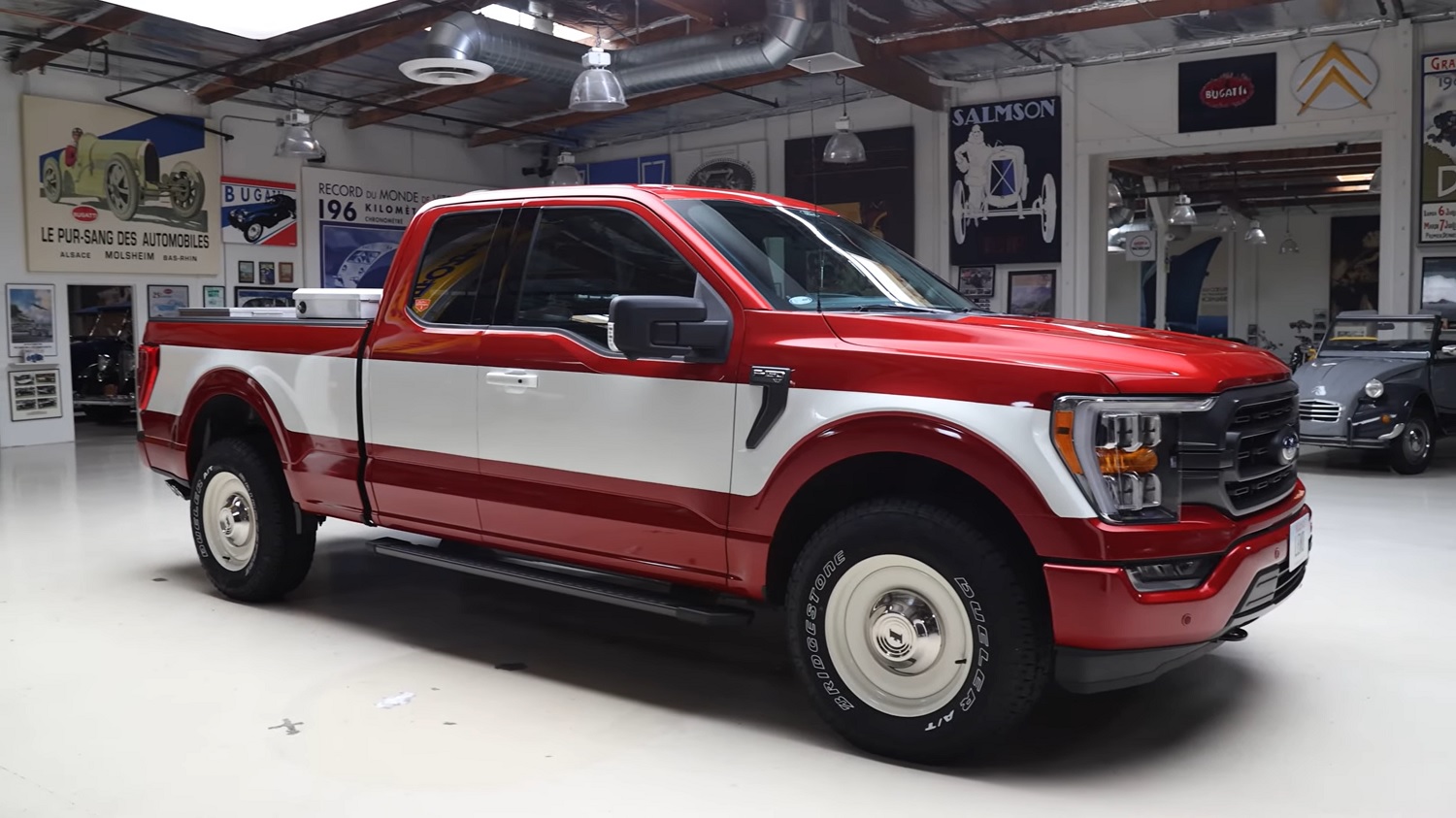 One of the many reasons Walmart founder Sam Walton so easily endeared himself to people was the fact that even when he became rich and successful, he continued driving his same old, beat up red 1979 Ford F-150. In fact, when he was once asked why he drove a pickup truck, Walton famously responded “What am I supposed to haul my dogs around in, a Rolls-Royce?” Today, Sam Walton’s F-150 remains on display at the Walmart Heritage Museum in Bentonville, Arkansas. 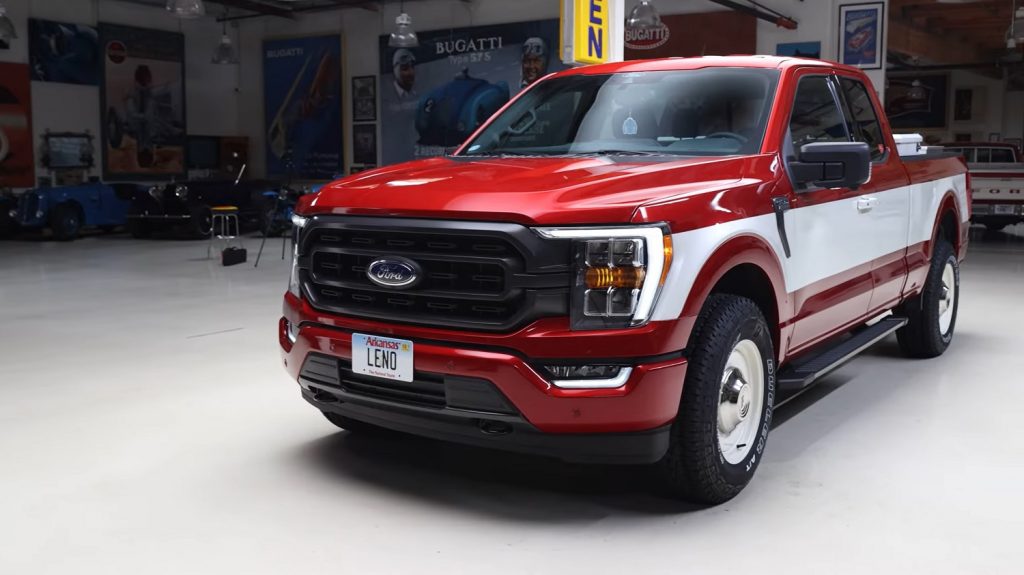 Thus, it’s no surprise that Walmart and comedian/car collector extraordinaire Jay Leno just announced that they were teaming up to reimagine Sam Walton’s F-150 using a brand new 2021 Ford F-150. The collaboration occurred as a way to celebrate the fact that the retailer will be selling Leno’s line of car care and detailing products this coming spring. 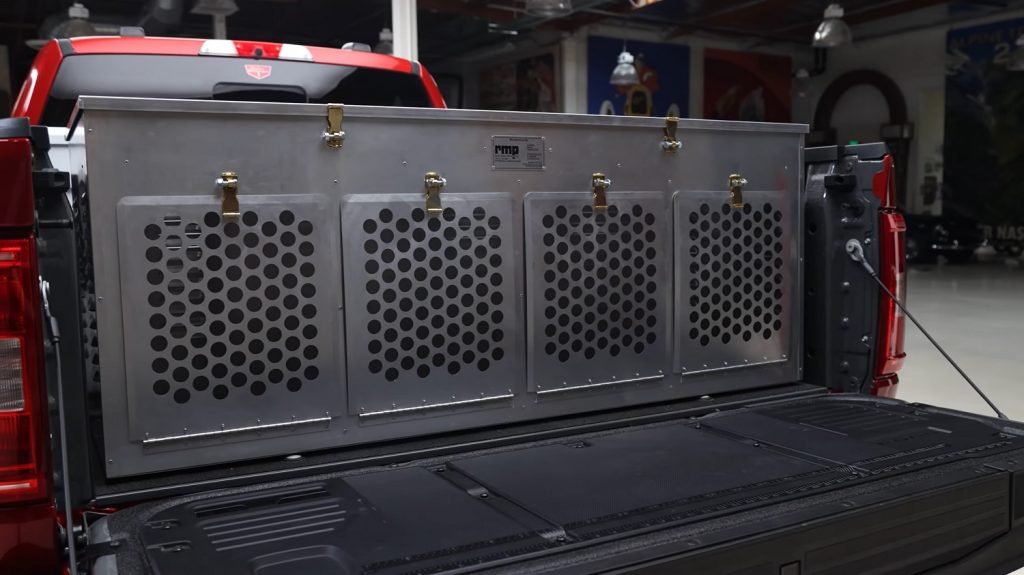 Making new Ford trucks look like old ones is a pretty popular practice these days, and this reimagined F-150 follows that same formula, albeit with a bit of a twist. It’s painted the same red and white two-tone color combination, and even has Sam’s dog boxes in the bed. 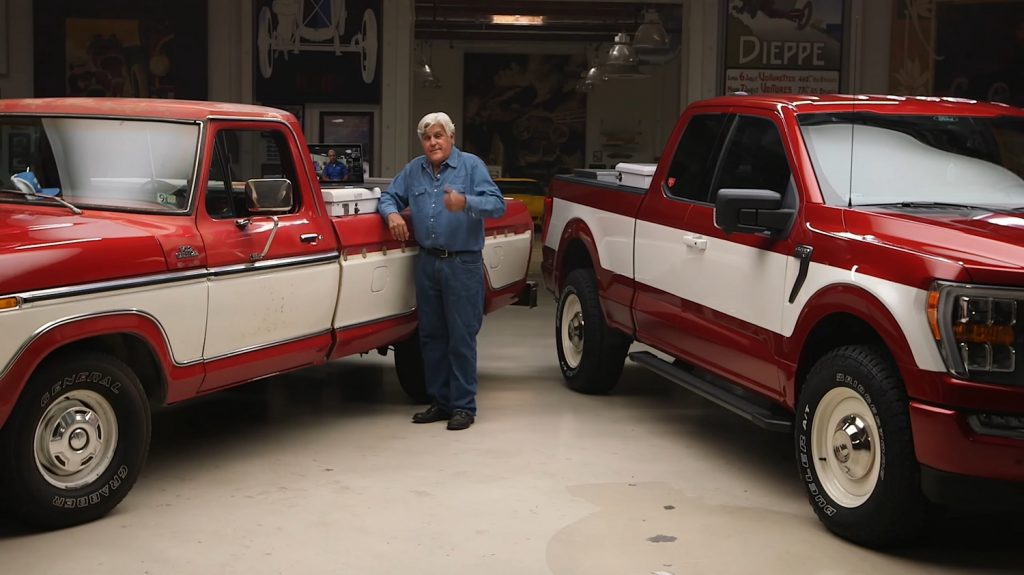 The wheels are white steelie-style pieces painted white to match as well, and are wrapped around white-letter tires, just like the old one. Plus, Leno spec’d the truck as he thought Sam would have. That means no fancy leather interior or other unnecessary amenities.

Sam Walton was a famously humble man, in spite of his success, and that was perfectly personified by his choice of transportation. Walton simply wanted a truck that was reliable and could transport him on his hunting and fishing trips and easily as it could from store to store. The F-150 did exactly that, and Walmart’s creator drove it until the day he died, leaving a lasting legacy that lives on today. 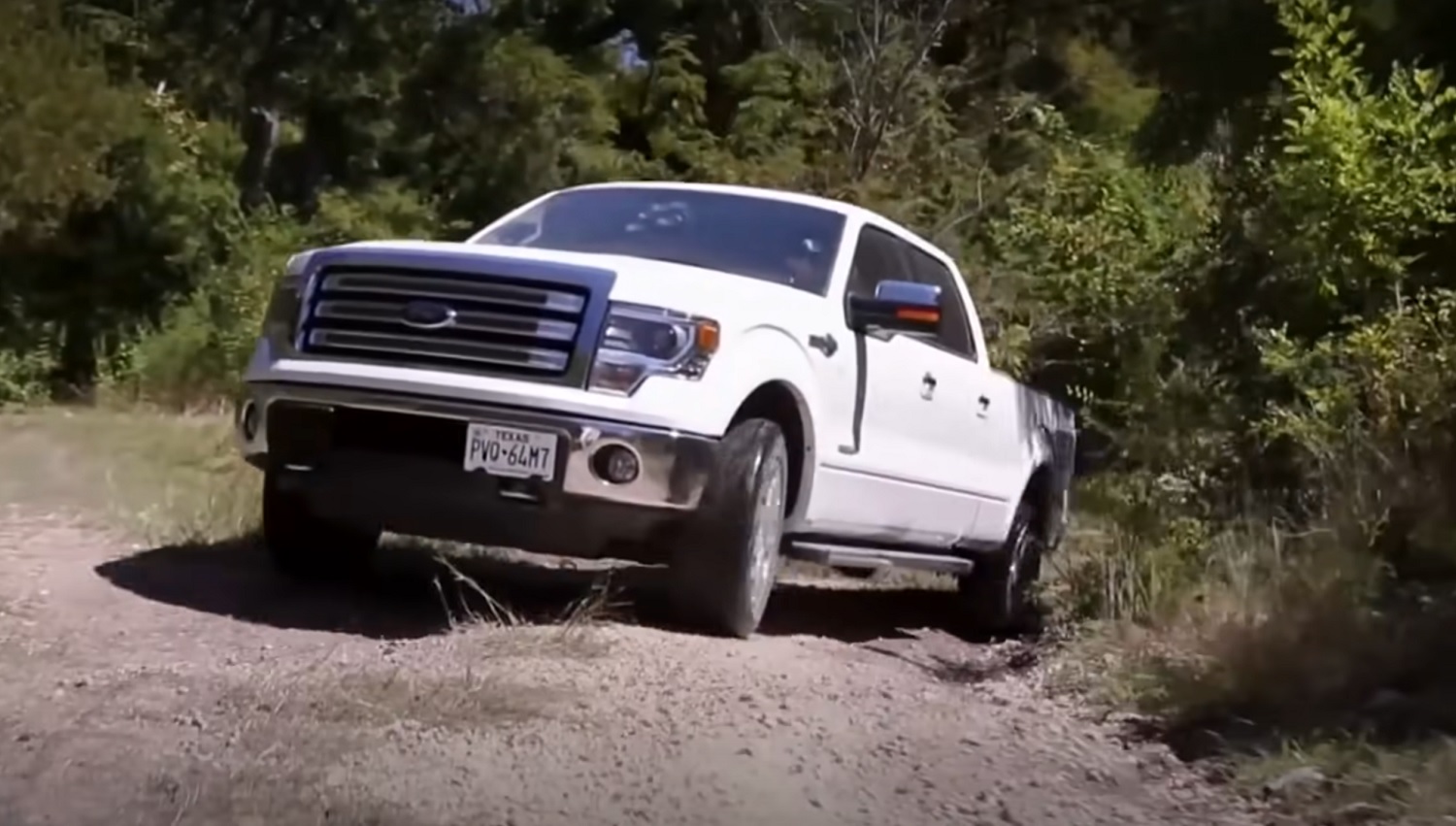