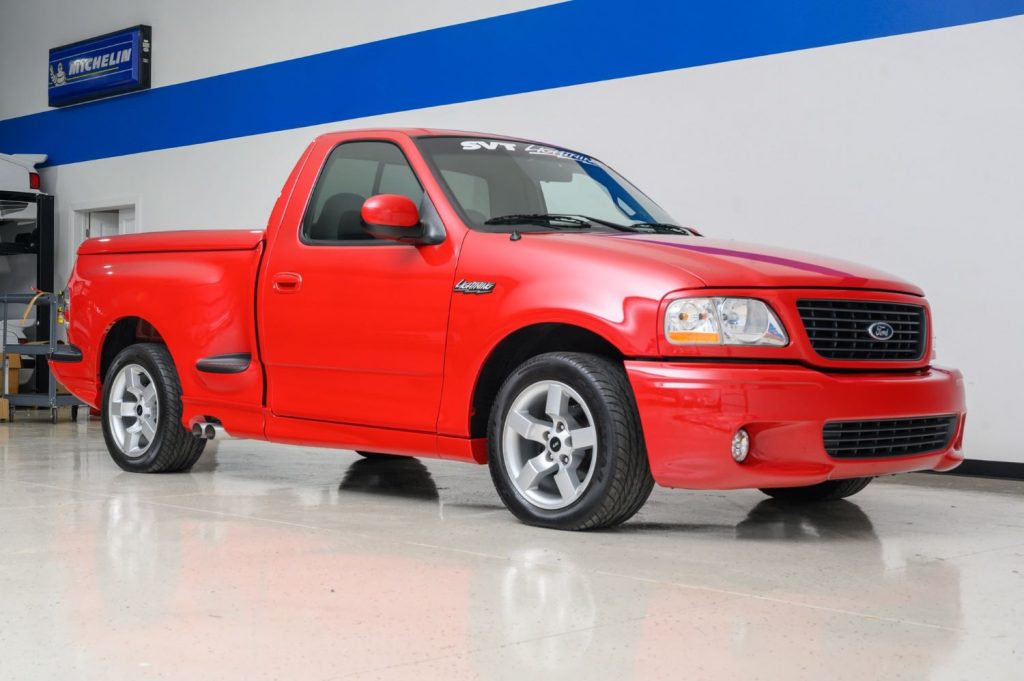 While the first-generation Ford F-150 SVT Lightning is an awesome truck by all accounts, its predecessor packed much more performance potential. This has endeared it to modern-day racers, who routinely extract serious horsepower, impressive quarter-mile times, and crazy half- and one-mile speeds from the pickup. But this beautiful, 21k-mile 2001 Ford F-150 SVT Lightning up for grabs at Bring a Trailer is bone stock, and as a result, quite popular at the moment. 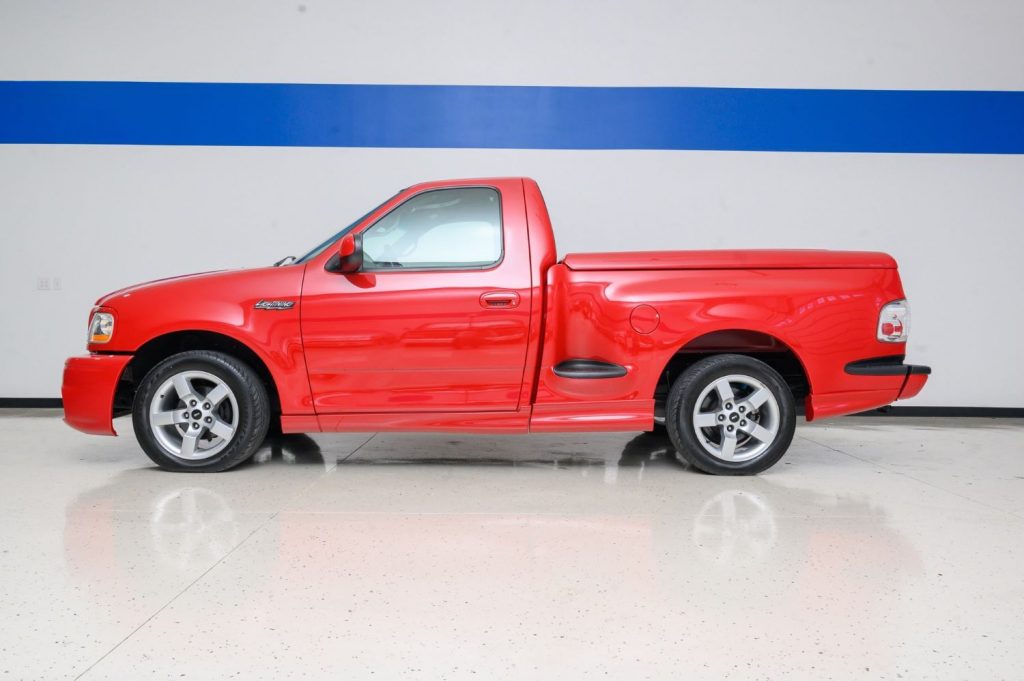 Truthfully, it’s easy to see why. Aside from the astoundingly low mileage figure, this F-150 SVT Lightning is a beautiful example of its breed. It’s also one of just 1,722 produced in Bright Red Clearcoat, so it isn’t terribly common. Inside and out, it looks like a properly preserved time capsule, and that just makes it more desirable. 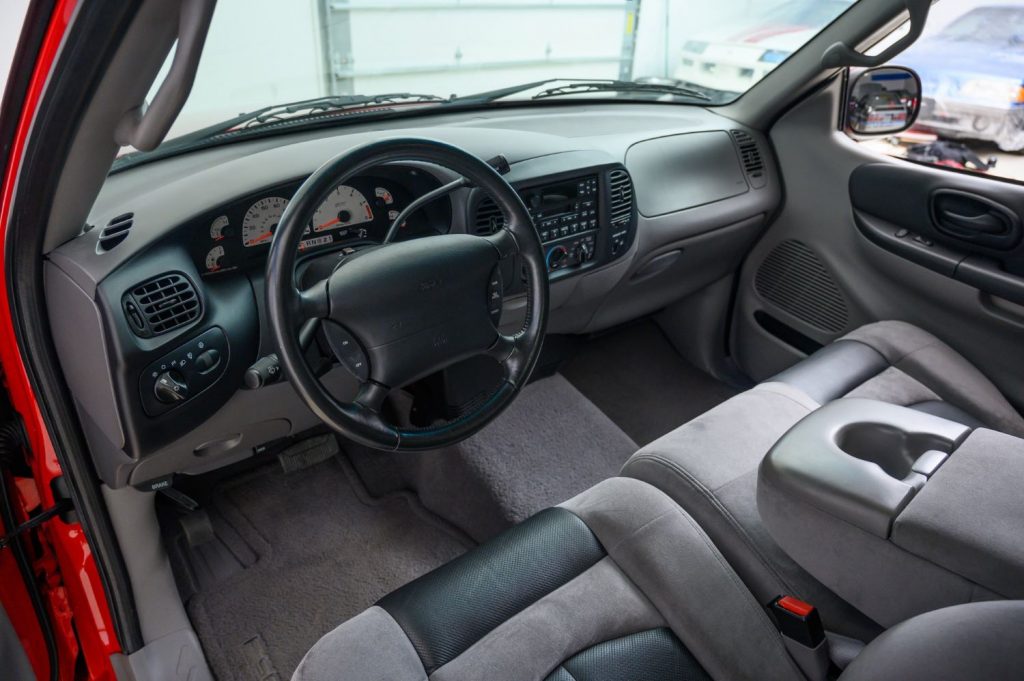 The flawless exterior is complemented by a very clean, Medium Graphite cloth interior with black accents. The Lightning was a nicely equipped pickup and this one is no exception, with amenities including four-wheel disc brakes, a power driver’s seat, overhead console, cruise control, factory cassette head unit, air conditioning, and a host of sporty white-faced gauges. 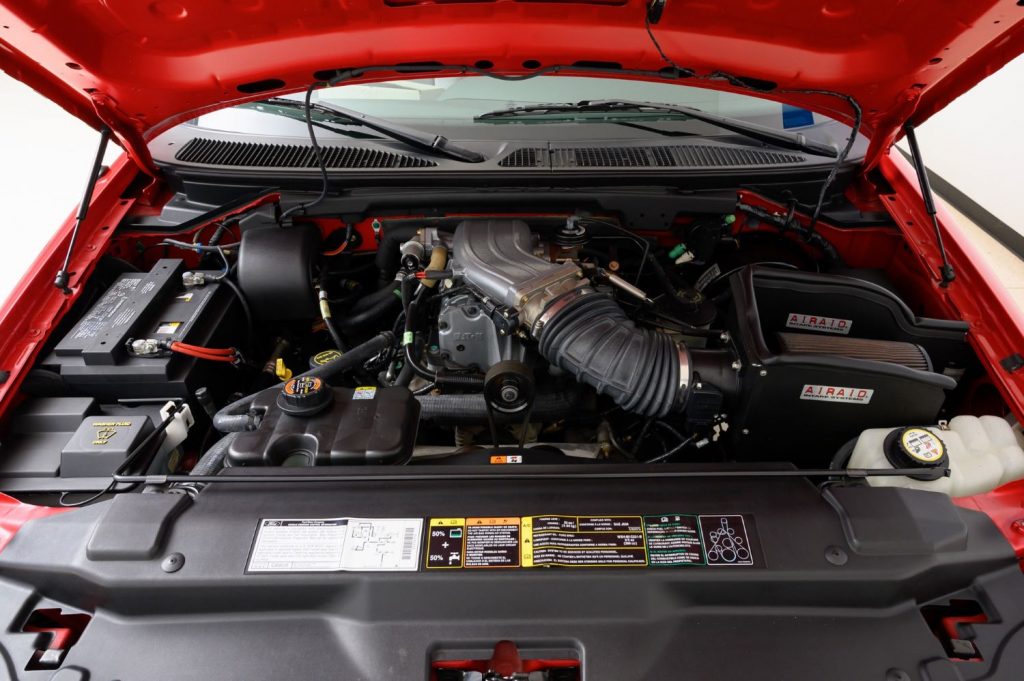 The engine bay is amazingly clean and sanitary and houses Fords’ supercharged 5.4L Triton V8 that produces 380 horsepower and 450 pound-feet of torque. That might not seem like a lot by today’s lofty standards, but that output was a game-changer back in the second-gen Lightning’s time. Sending power to the rear wheels via a 4R100 four-speed transmission, it’s pretty quick, too. 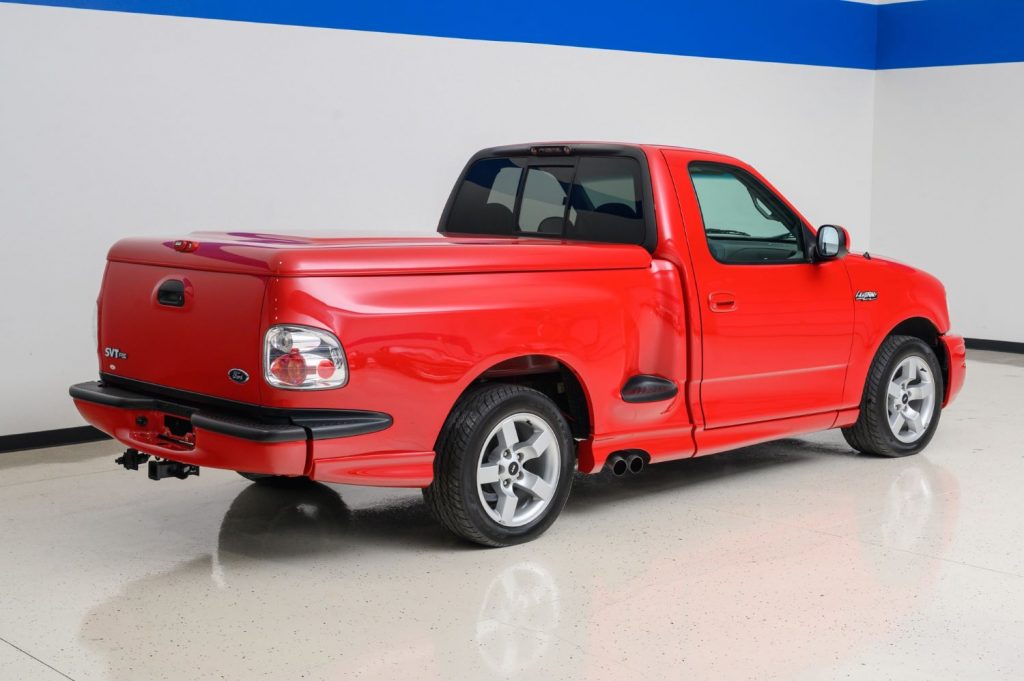 Unsurprisingly, bidding on this beautiful pickup has been brisk so far, nearly cracking the $30,000 barrier. But given the general level of interest in trucks these days, coupled with this one’s rarity and prominence, that shouldn’t really come as a surprise.