As everyone has probably heard by now, Joe Biden is the presumptive winner of a rather contentious presidential election, though it seems far from over at this point. And while we aren’t interested in starting any political debates (we are an automotive site, after all), we did find a particular skit from this weekend’s Saturday Night Live episode, imagining Donald Trump’s White House exit in a white Bronco, to be quite familiar. 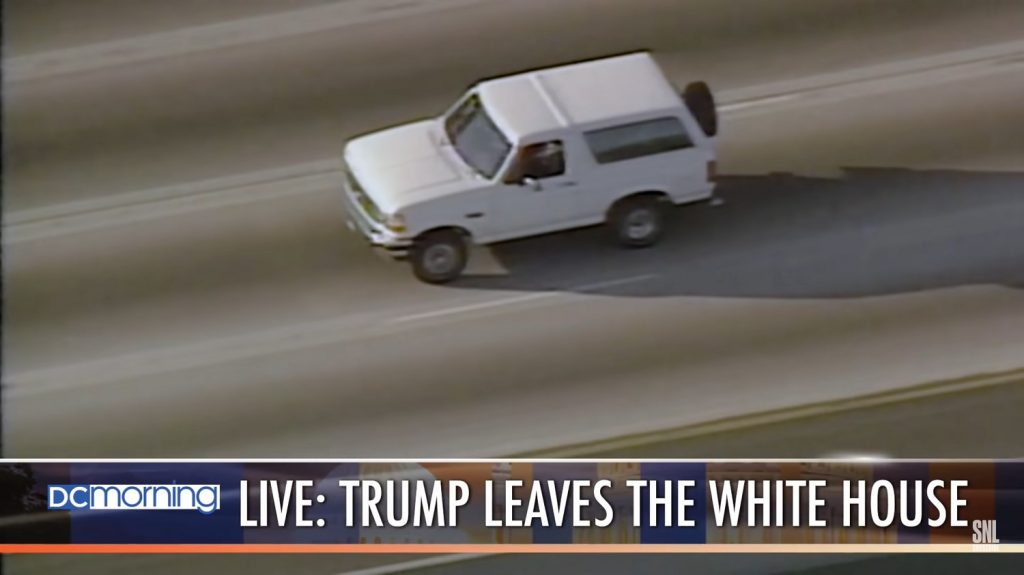 As many probably already know, the most famous police chase in history involved a white Bronco as well. Namely, the one O.J. Simpson rode in at low speed in a half-hearted attempt to avoid arrest under suspicion that he committed a pair of gruesome murders. The whole scene goes down on a spoof news show hosted by Dave Chappelle and Ego Nwodim, which “cuts” to the chase much as so many news channels did for the original all those years ago. 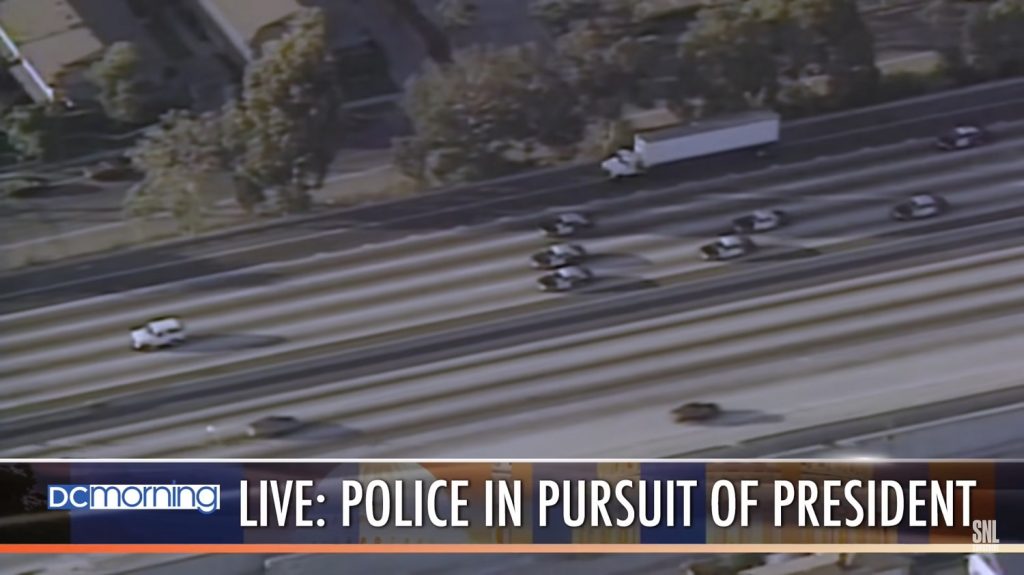 “I’m told Trump is crouched down in the back seat, and Don Jr. is at the wheel,” Chappelle says in an obvious reference to the actual O.J. chase, when Simpson’s best friend and former teammate, Al Cowlings, was driving the white Ford Bronco. The skit even goes so far as to include fake 911 call from Trump’s son that plays out much like the one Cowlings made with Simpson in tow. But while Simpson reportedly had a gun to his head, Trump Jr.’s alarming threat is that his father will begin his presidential campaign for 2024 if the police don’t back off. He reportedly has the announcement tweet already written and ready to send out to the world with the push of a button.

It’s an interesting comparison, for sure, albeit one created specifically to generate a few laughs. Whether or not it’s been done in good taste, well, we’ll leave that up to the viewers.

We’ll have more videos like this to share soon, so be sure and subscribe to Ford Authority for more Ford Bronco news and around-the-clock Ford news coverage.