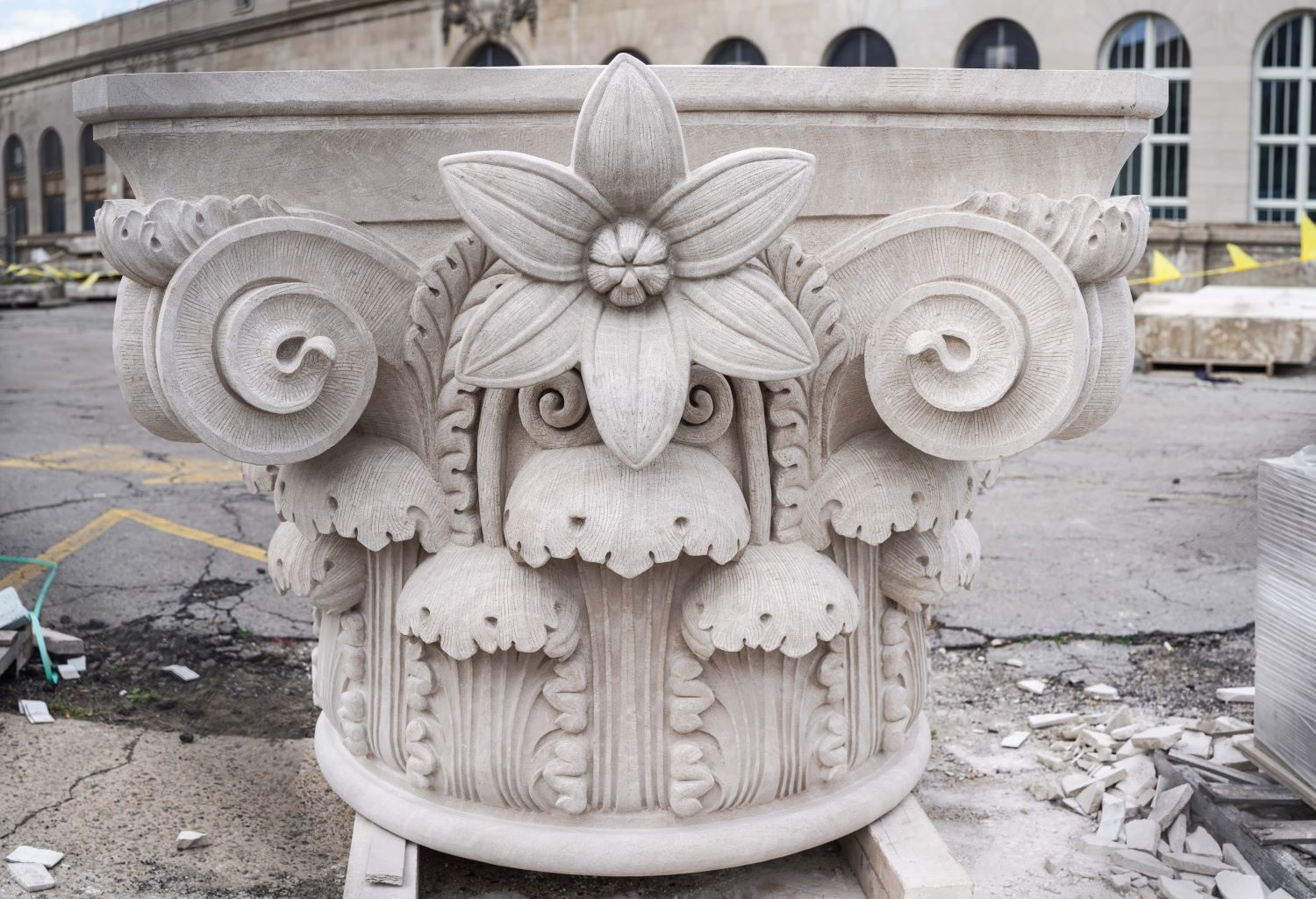 As work continues on Ford Michigan Central Station, a number of interesting details are beginning to come together. The latest of which is a new 11,500-pound replica of an original capital stone, which has been created and installed in the Waiting Room façade of the historic site after more than 400 hours of work by a mid-Michigan stoneworker. Ford Motor Company is restoring the building to its original grandeur as the centerpiece of a new mobility innovation district in Corktown. 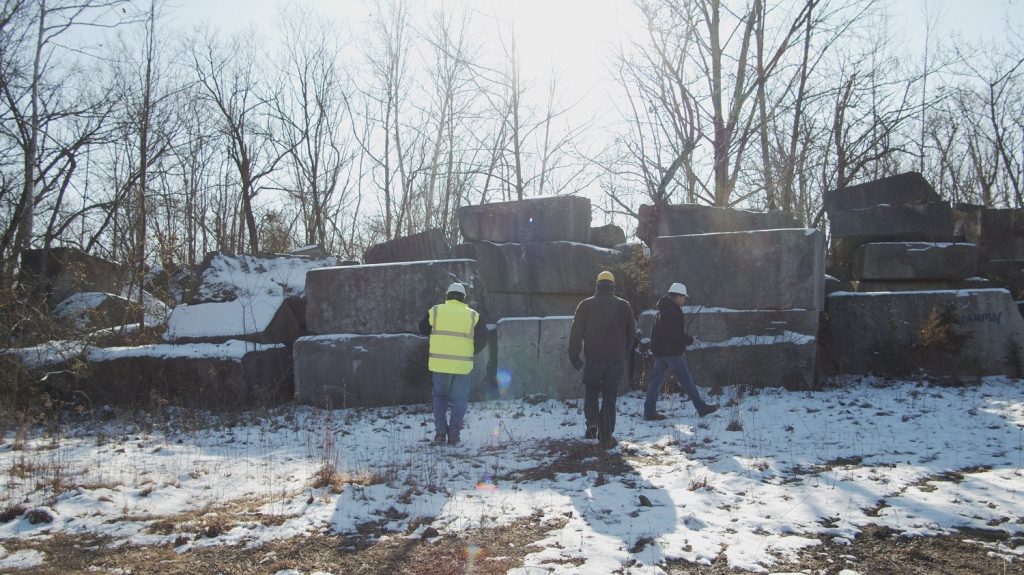 John Goodrow Sr., of Capital Stoneworks Inc., located in Bridgeport, Michigan spent 428 hours carving the capital stone from a 21,000-pound limestone block – a process that began September 1st and was only completed in late-October.

“It’s a lot of visualization,” said Goodrow, who has carved nearly 1,000 capital stones in his 37-year career. “I start with a solid square block and work from the outside in. You have to see the finished product done in your mind to be able to do it. You can either do it or you can’t.” 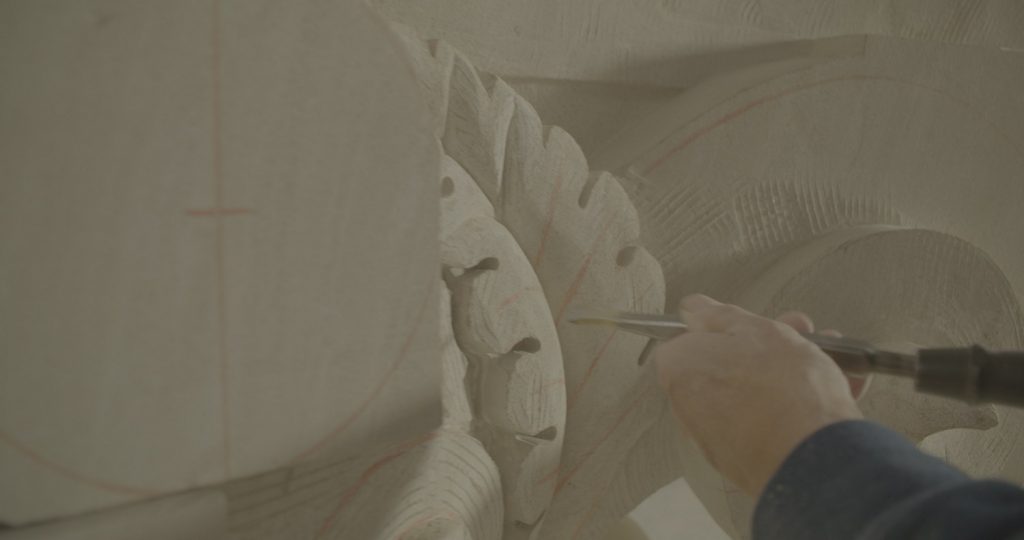 Capital stones, the decorative pieces at the top of a structural column, are typically seen in residential home designs and are less common in commercial projects. The stones are a key architectural feature of the Beaux-Arts style train station that welcomed visitors to what was the grand waiting area of the building, which faces north onto Michigan Avenue. The design of capital stone requires old-school methods and tools, Goodrow explained. Nearly all of the details were created using air-powered chisels, while pneumatic handsaws were used to remove excess limestone stock.

“I’ve done bigger pieces of stone carvings, but this is by far the largest capital I’ve ever done,” said Goodrow. “It was a lot of work.” 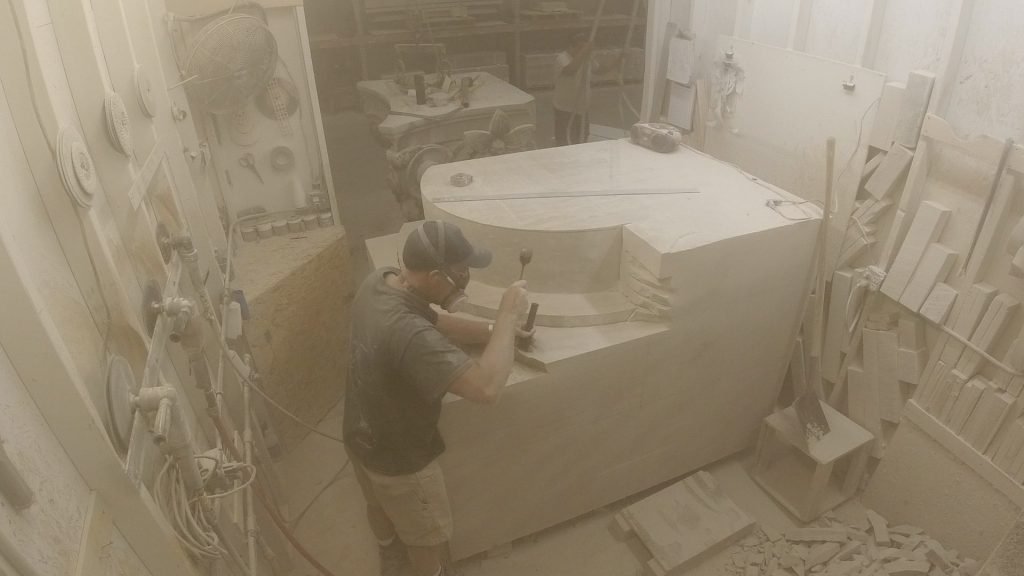 Capital Stoneworks Inc. recently restored medallions for the Michigan State Capitol Building in Lansing out of carved sandstone, among more than 100 carved objects it created over the course of two years for the project.

In keeping with Ford’s commitment to re-creating the many ornate details of the train station, the limestone was sourced from the same Indiana quarry that was used to build the original piece more than 100 years ago. Dark Hollow Quarry, now closed, provided the raw stone material that was used for the original capital stones that went on the station when it opened in 1913. The new version, an exact replica, was installed atop the columns of the train station earlier this month. Other famous structures that used Indiana limestone in construction include the Empire State Building, the National Cathedral, and the Pentagon. 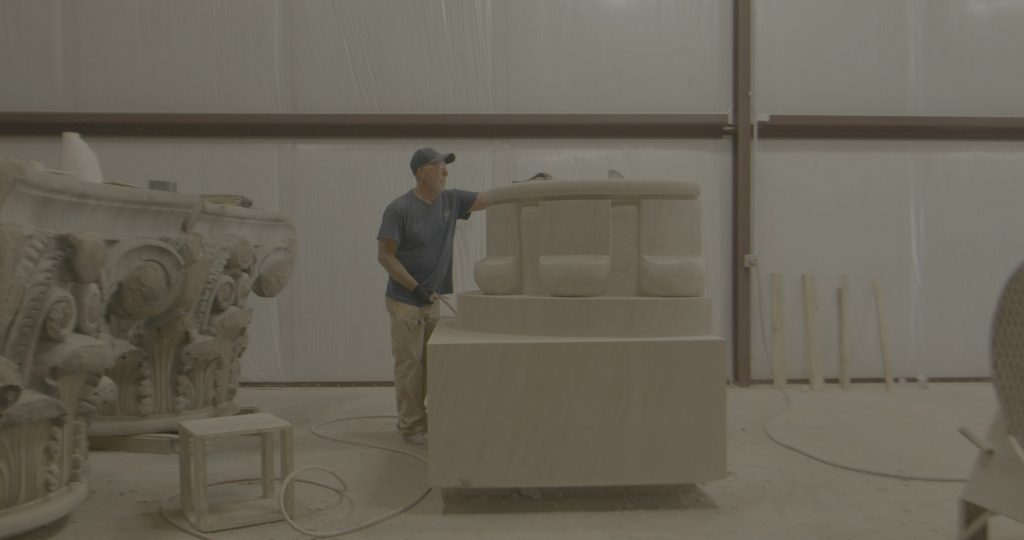 The capital that was brought to Capital Stone Works to reproduce was missing prominent portions and features, these having fallen off and decayed over the years. The company had planned to use 3D scanning to measure and rebuild the stone, but it turned out those details had to be worked out manually by visualization and sketching and in the end, the stone was completely hand-carved.

Capital Stoneworks Inc. will now use the completed piece as a 3D template for three additional capitals for the train station which will be created using a mix of CNC machining and hand-carving. Ten original capital stones remain intact on the building and will be cleaned and any missing parts replaced. 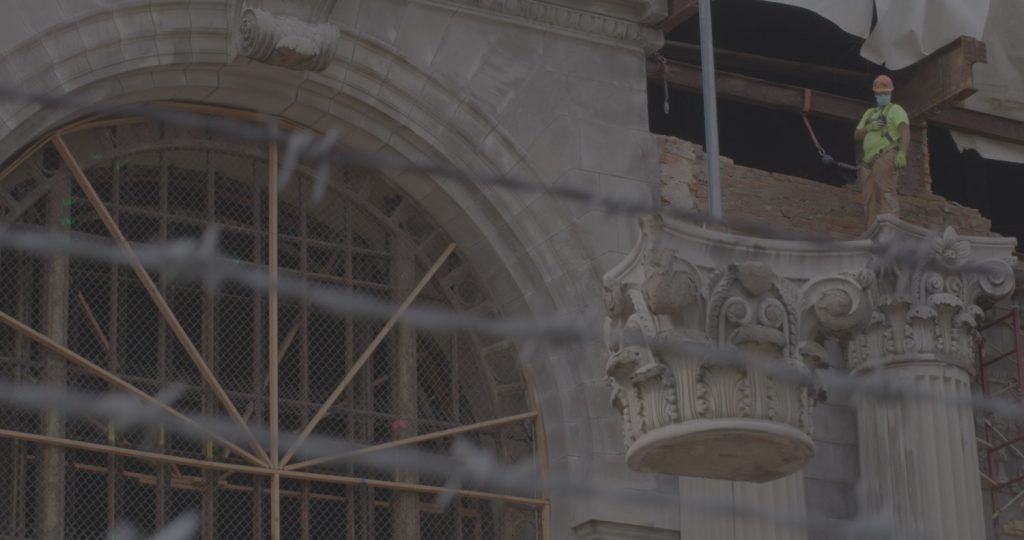 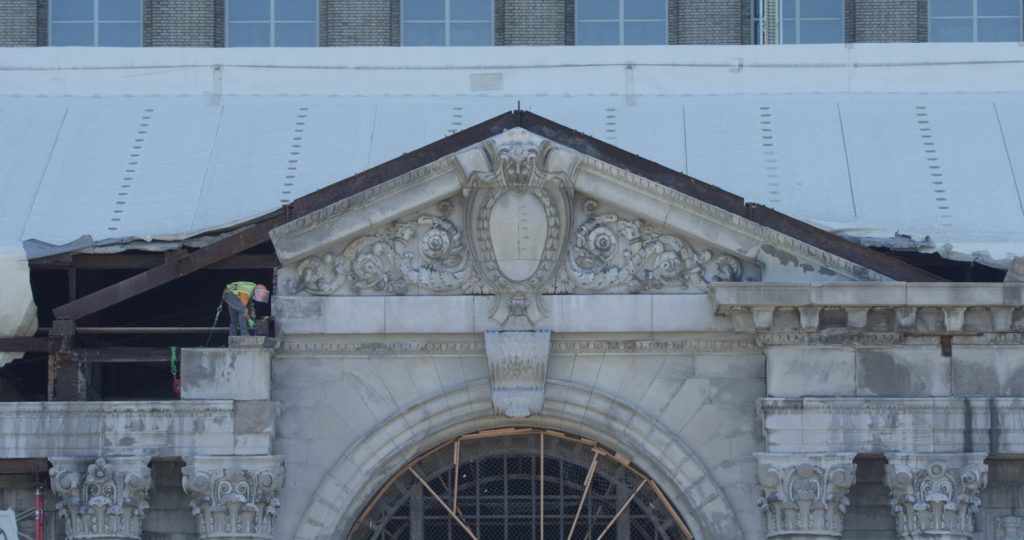 Two years into the restoration, crews are putting the finishing touches on the eastern portion of the Waiting Room façade before moving to the west end. The renovation of that station is expected to be complete in 2022.

We’ll have much more on the Ford Michigan Central Station renovation soon, so be sure and subscribe to Ford Authority for around-the-clock Ford news coverage.