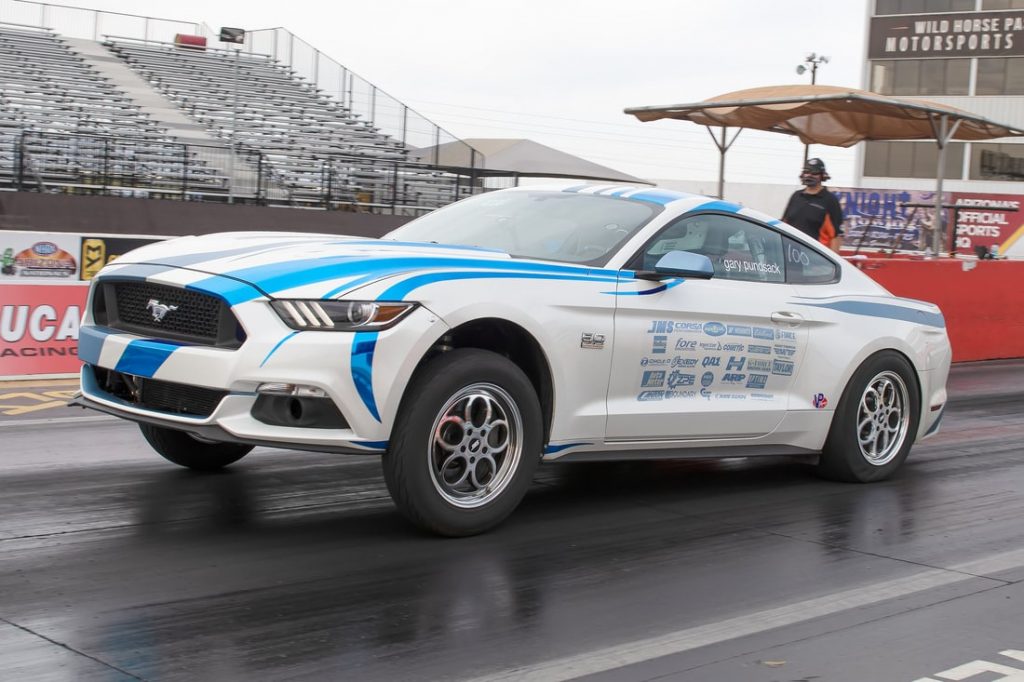 Head out to the drag races on any given weekend, and it’s clear that the sport is attracting a pretty diverse array of folks these days. That includes Gary Pundsack, a 75-year-old who drives this 2017 Ford Mustang GT, nicknamed “Roxie,” which is packing 1,000 horsepower under the hood. Pundsack ordered his pony car brand new but planned on transforming it into a SEMA show car from the start. Needless to say, it evolved into something much, much more. 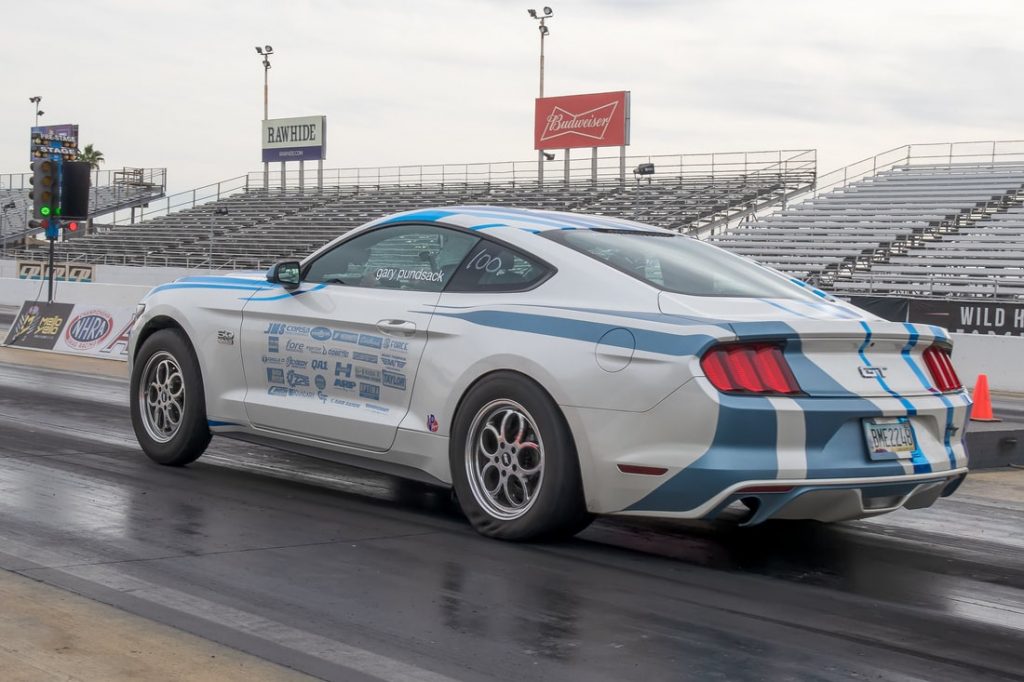 This is actually just Pundsack’s second Ford Mustang. Back in 1969, he ordered a brand new Cobra Jet, which he raced frequently. Life eventually got in the way of Pundsack’s hobby, leading to a 43-year hiatus. Now, he’s back on the car show and drag racing scene with a much newer, much more powerful Mustang. 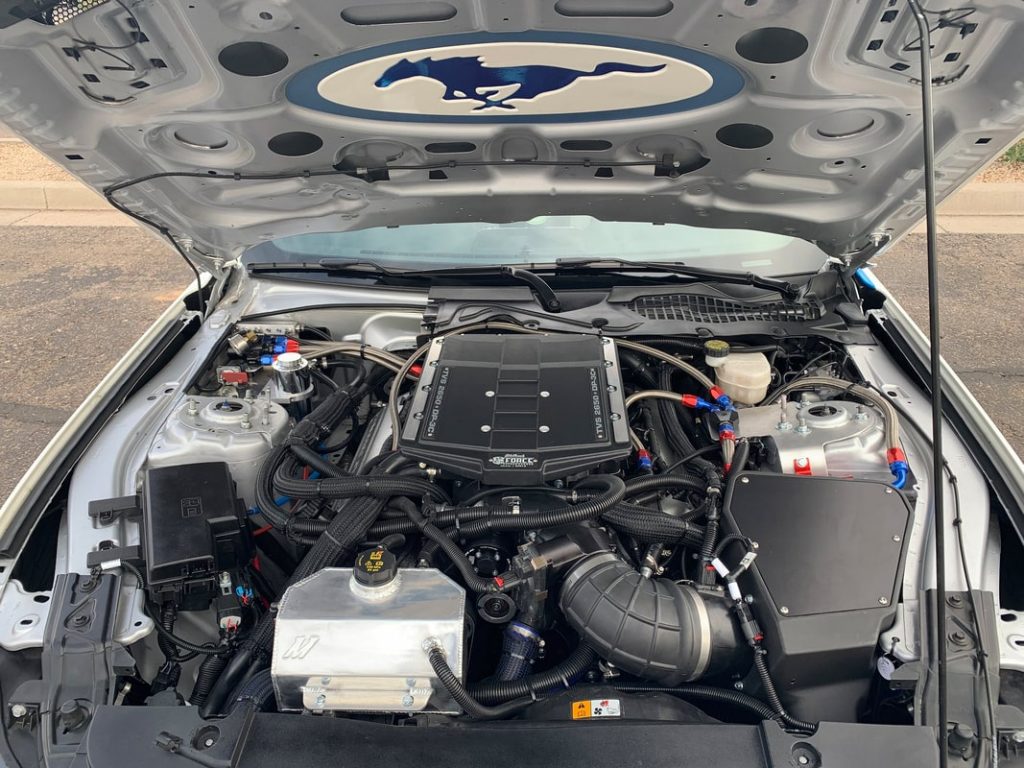 Pundsack ordered his 2017 Ford Mustang GT with just two options – Ford’s 6R80 automatic transmission, and 3.55 rear gears. Originally, the car was painted Ingot Silver, but now wears a white and blue wrap that gives it a truly eye-catching look, both at the drags and on the show circuit. And Pundsack would know, because his car was a featured SEMA vehicle for three straight years. 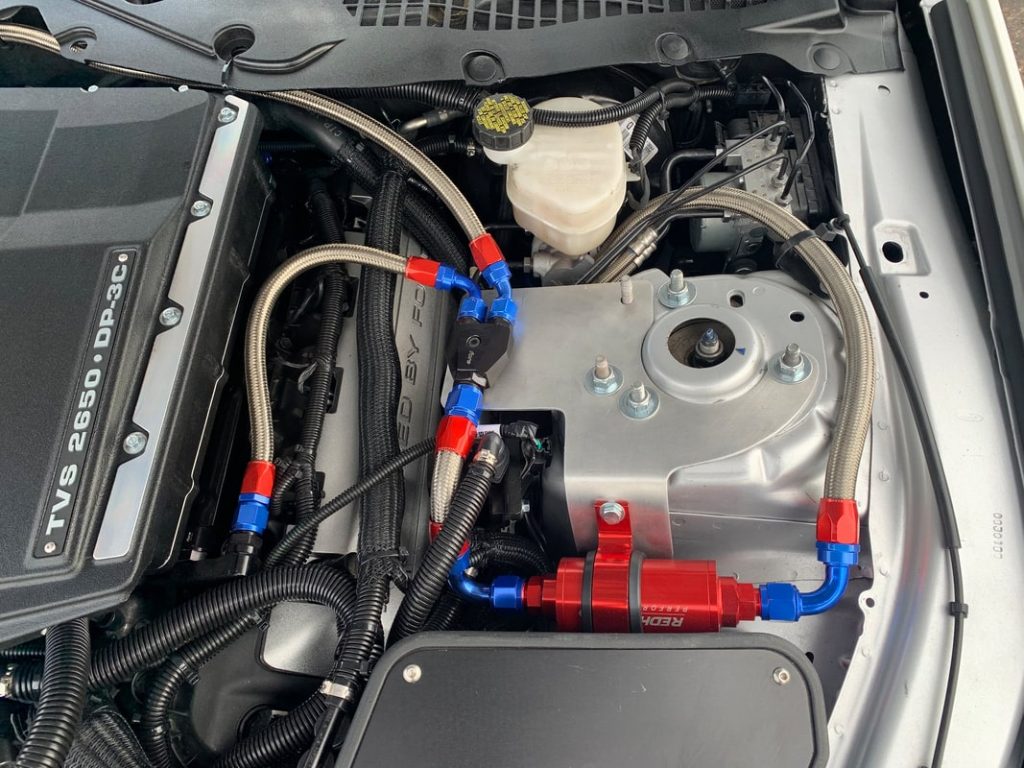 This car is the very definition of show and go, as it utilizes a heavily supercharged, stock long block 5.0L Coyote V8 to achieve its four-digit horsepower rating at the crank. Pundsack has added a larger intercooler, throttle body, mass-airflow sensor, cold induction, and radiator to keep the beastly engine cool and fed, while long tube headers help expel the fumes. 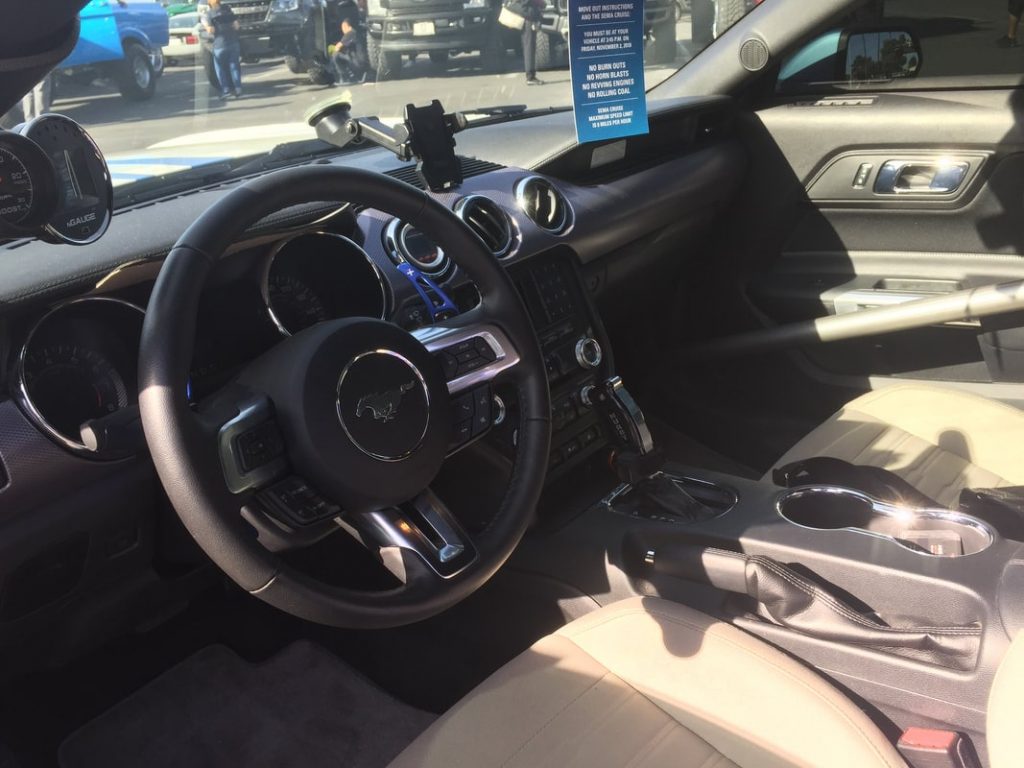 The stock 6R80 gearbox has been fitted with hardened internals and a high RPM stall convertor, which sends power through a carbon-fiber driveshaft to a rear suspension set up specifically for drag racing. This car’s purpose is quite obvious by its big and little wheel and tire combination, five-point harnesses, and six-point roll bar inside the cabin. 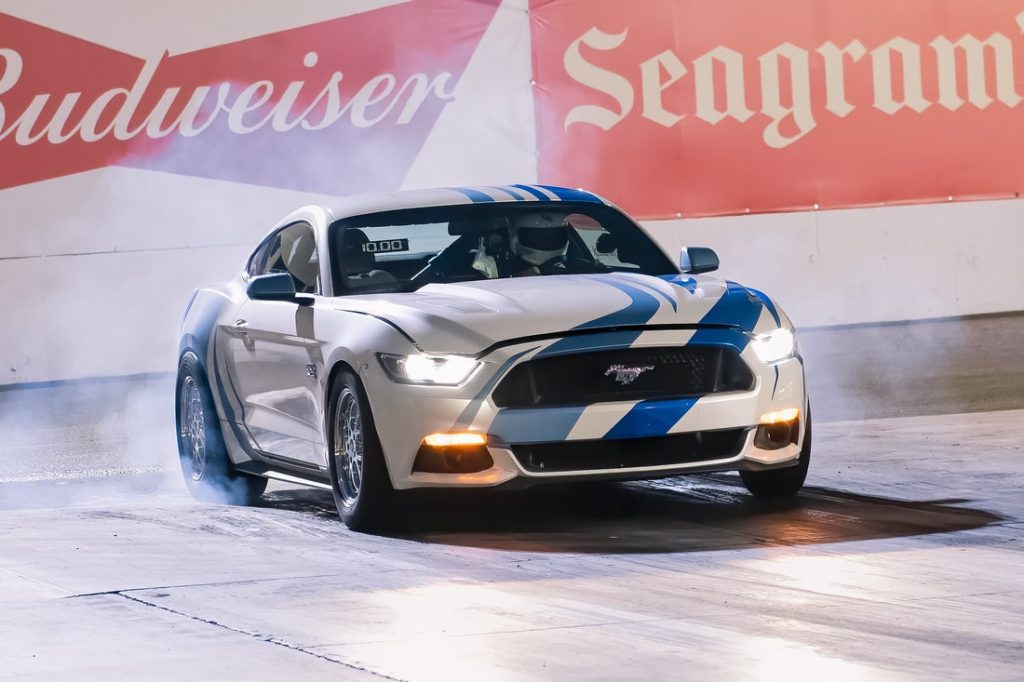 Punksack expects his latest combo to propel him down the quarter-mile in the nine-second range at around 150 miles-per-hour, which is pretty darn quick in anybody’s book. But then again, he’s seen a thing or two in his time at the track.

We’ll have more cool stories like this to share soon, so be sure and subscribe to Ford Authority for more Ford Mustang news and 24/7 Ford news coverage.