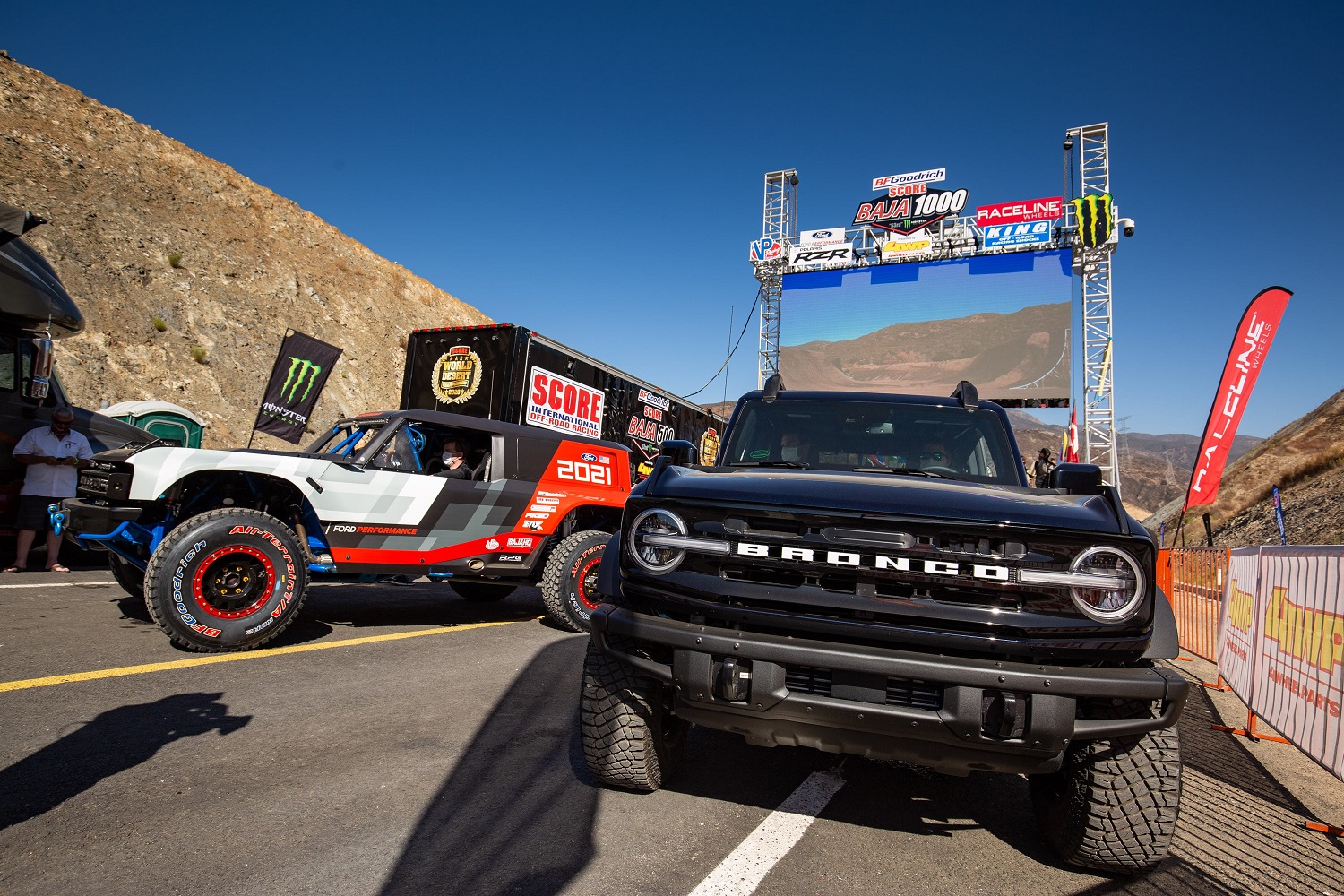 Jeep (and other FCA brands like Ram) has developed a reputation for including all sorts of fun and interesting Easter eggs on its vehicles in recent years. As the 2021 Ford Bronco nears its launch this coming summer, it’s becoming quite clear that Ford has included quite a few “hidden” Bronco Easter eggs on the legendary SUV as well, many of them recently uncovered by Bronco Nation. 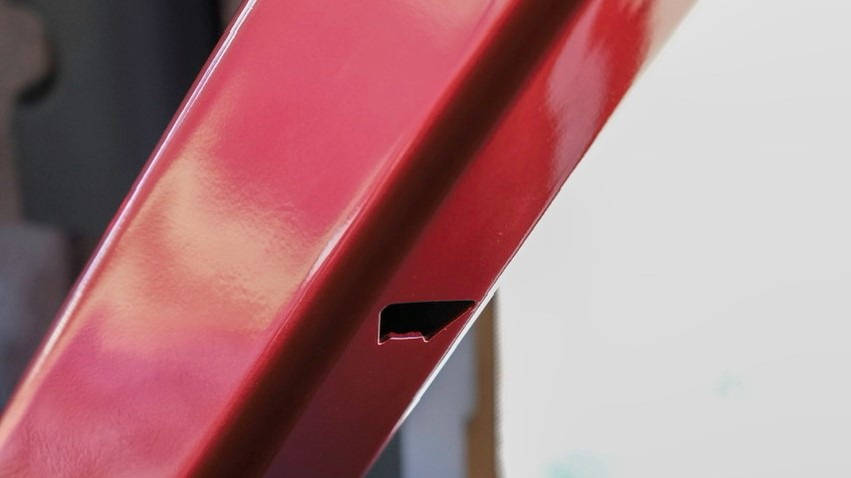 The first Bronco Easter egg is a bottle opener (which the Ford Bronco Sport also comes with) in the rear cargo area, which is carved into the roll cage for those nights out on the trail when we just need a cold beverage. 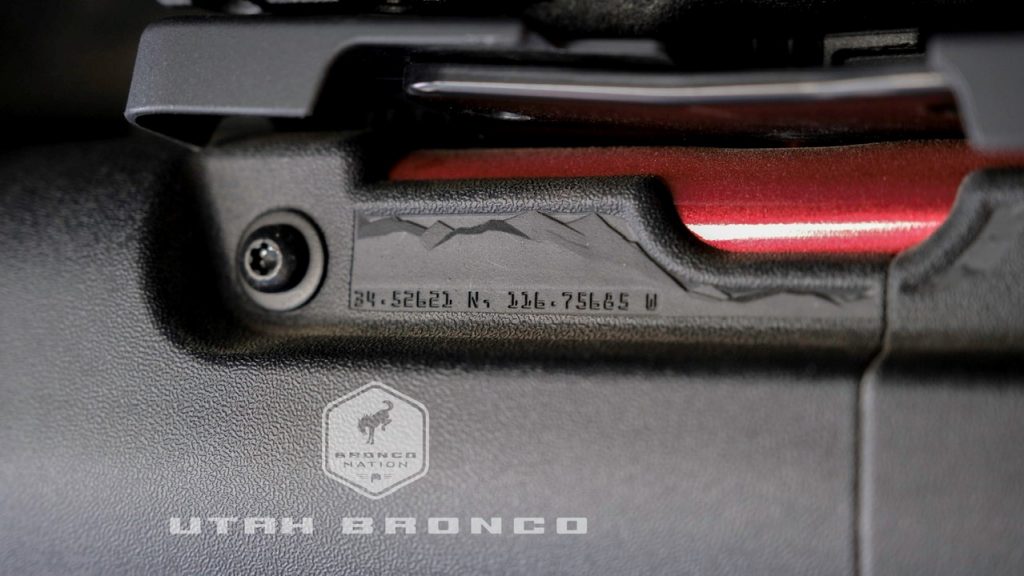 Also located on the roll cage is a piece of trim with a mountain range engraved in it, along with the coordinates 34.5261 north, 116.75685 west – which leads to Johnson Valley, California, home of the King of the Hammers race, which Ford sponsors and has tested the Bronco at. 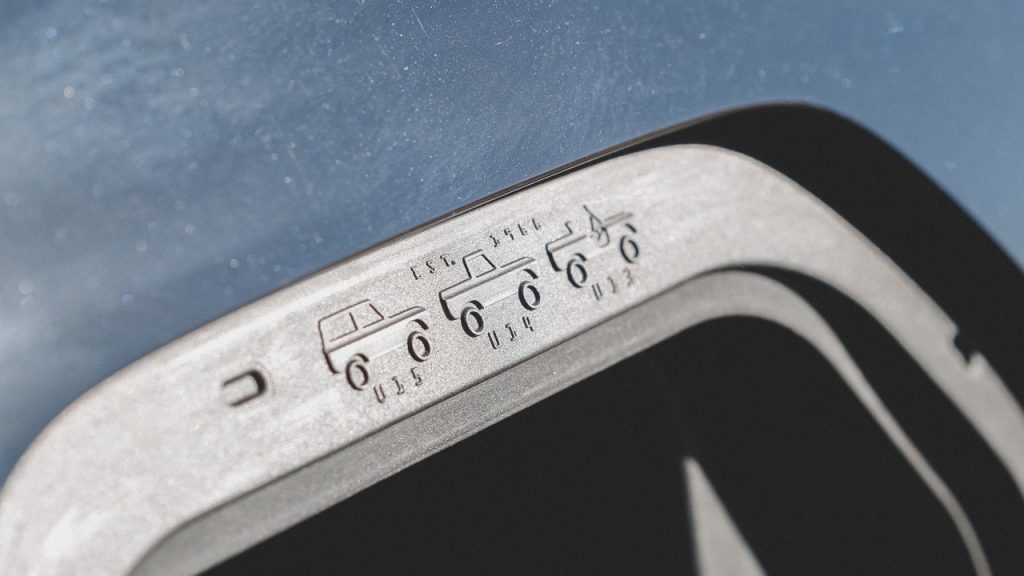 When the gas cap door is open, the owner gets a nifty view of a trio of first-gen Ford Bronco models – the U13 Roadster, U14 Half Cab pickup, and U15 SUV. 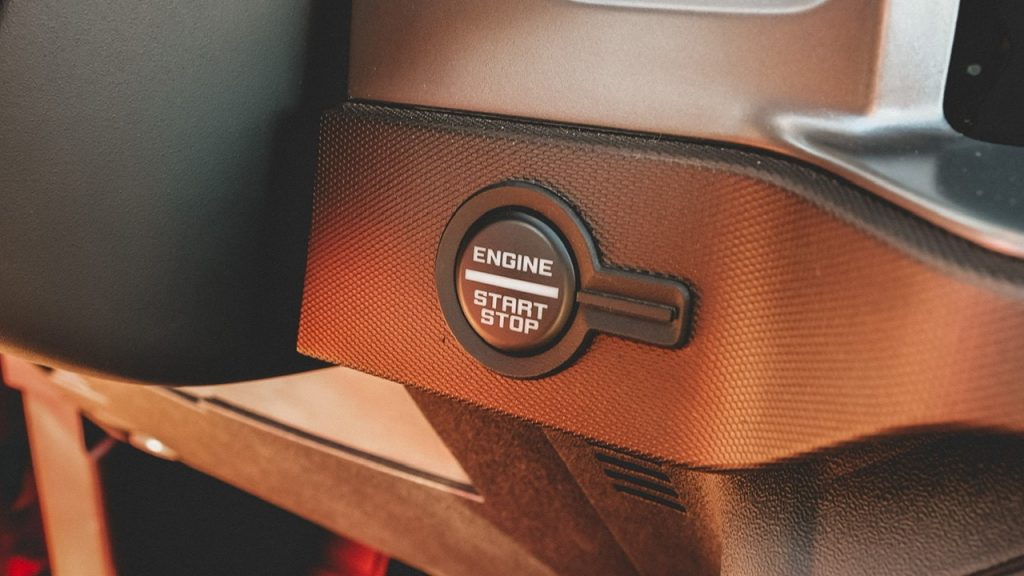 Meanwhile, the start/stop button contains a bit of an Easter egg itself, as the shape is identical to that of the Bronco’s headlights. 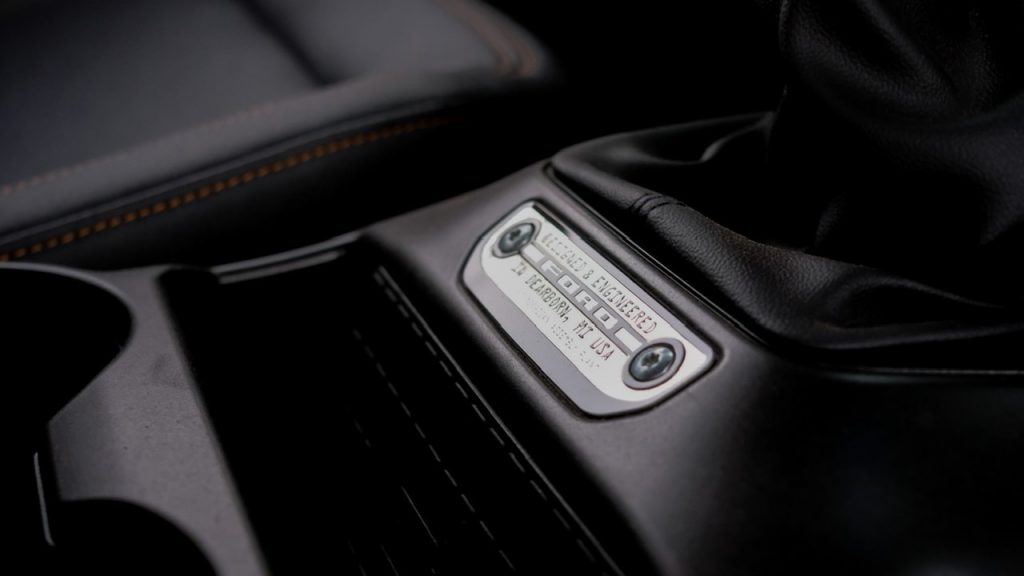 As we’ve seen before, the badge located beneath the shifter contains quite a bit of information, including the fact that the Bronco is produced at the Ford Michigan Assembly Plant. 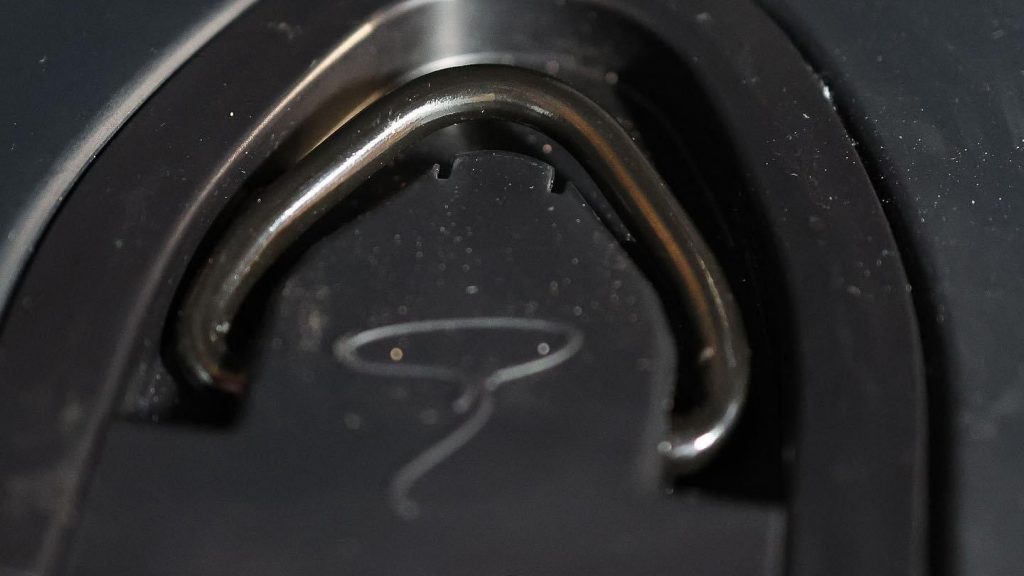 Back near the tie-down hooks, there’s a lasso engraved in the metal, which is a nifty touch. 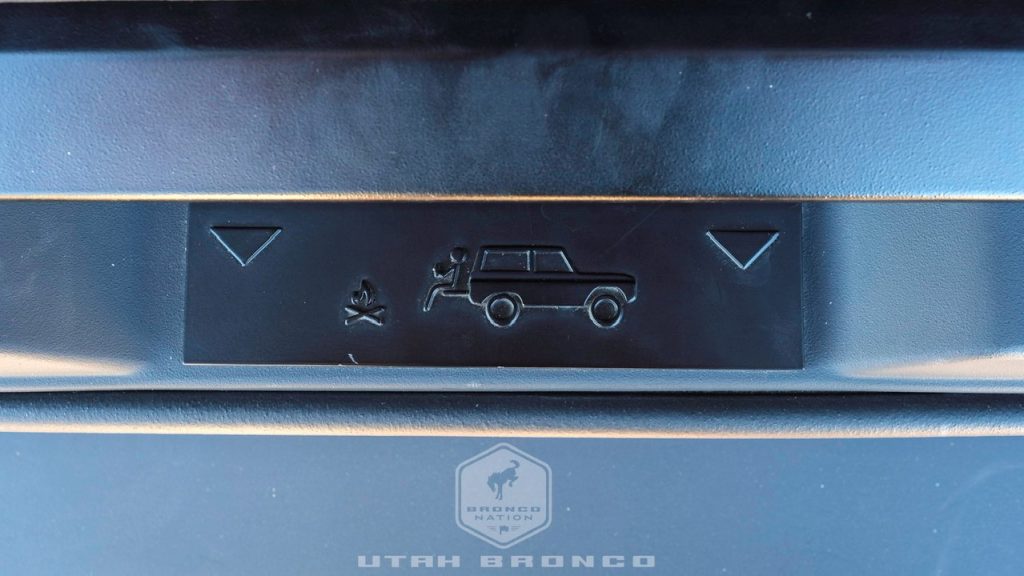 Finally, we have this nifty little addition, which can be found on the Bronco’s optional slide-out rear cargo panel. It depicts a first-gen Bronco with a stick figure sitting on the tailgate, enjoying a little campfire.

We imagine that these aren’t even all of the Bronco Easter eggs that exist, and many more are sure to surface soon. And when the 2021 Bronco finally arrives, we’ll certainly have fun finding them all. 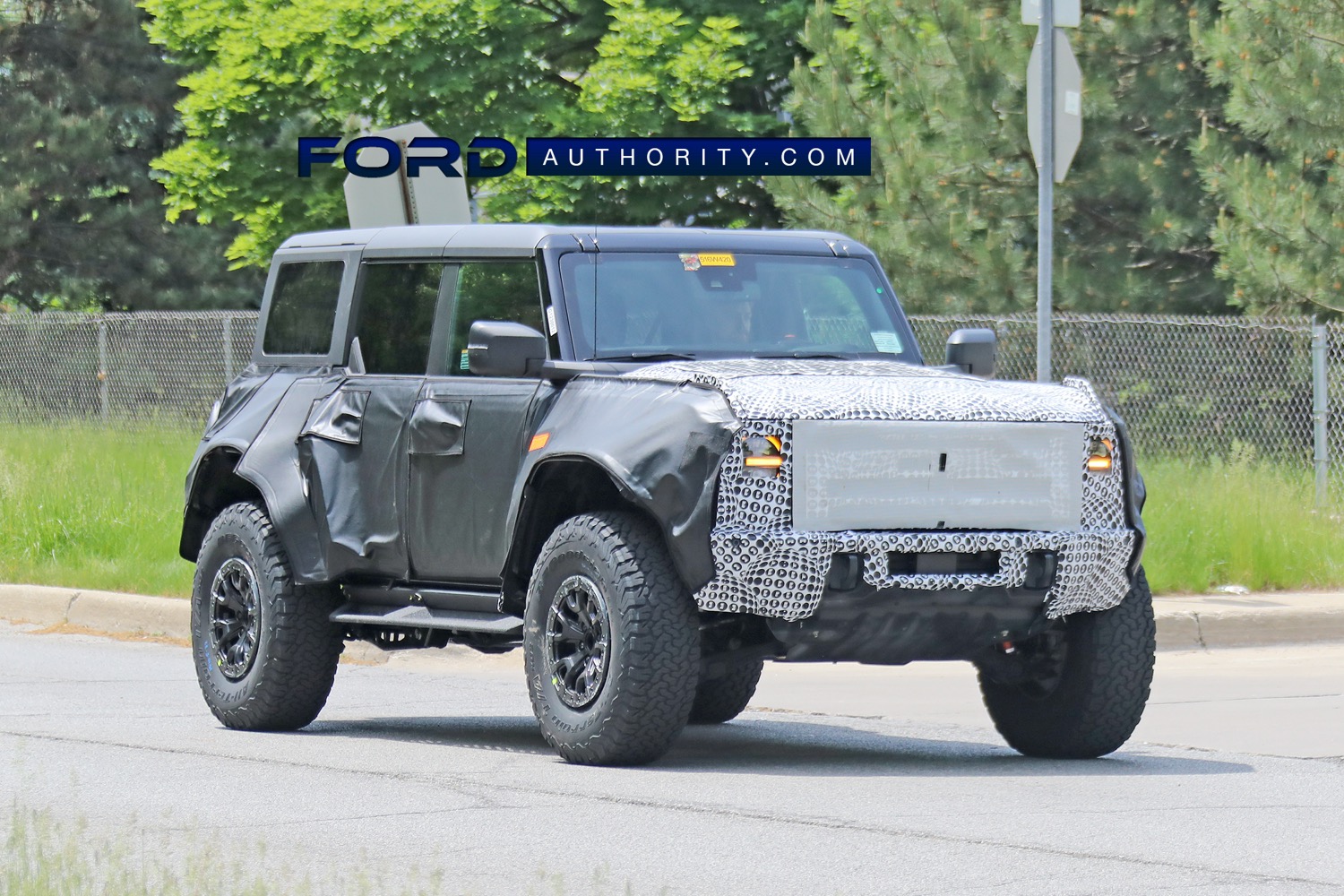 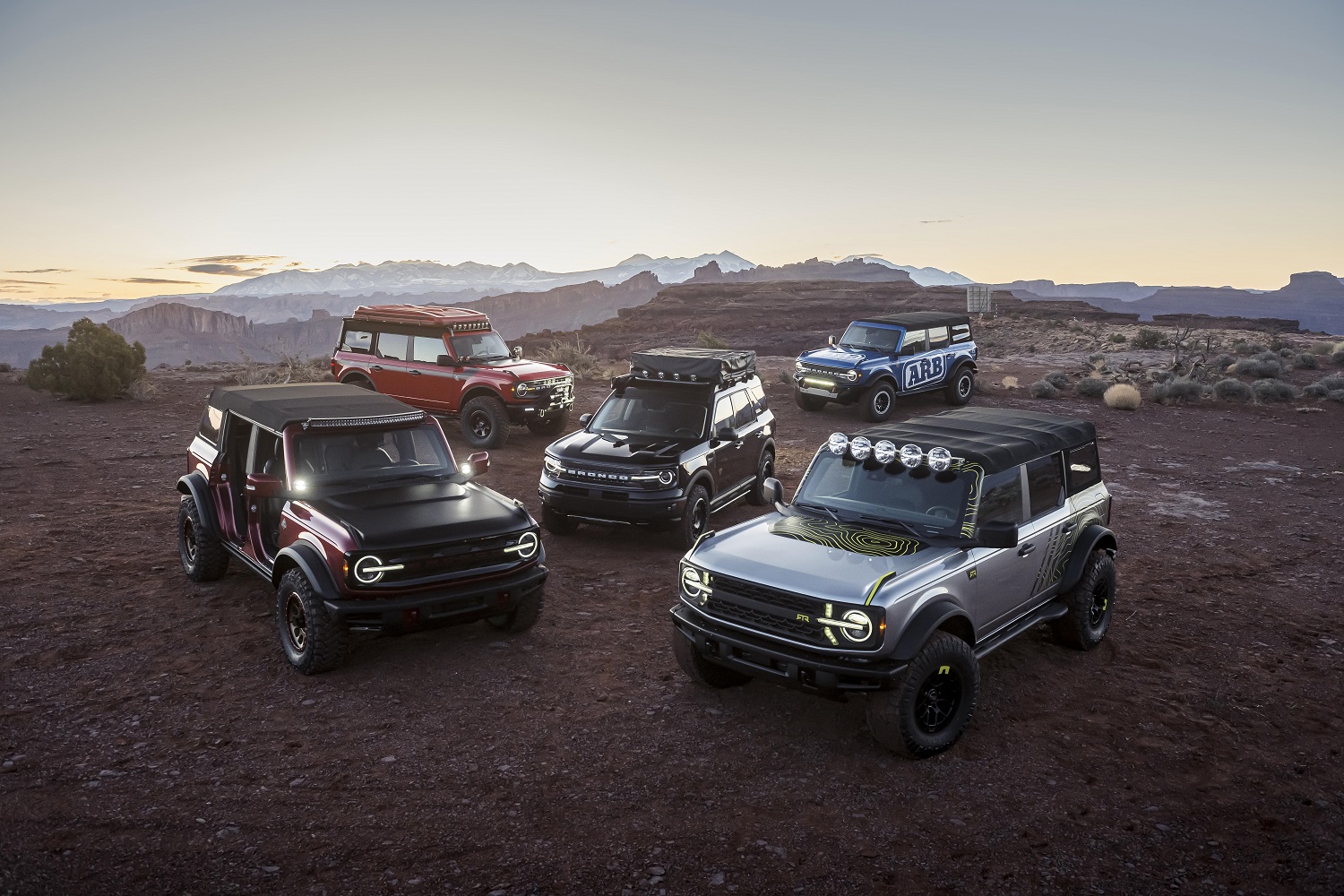 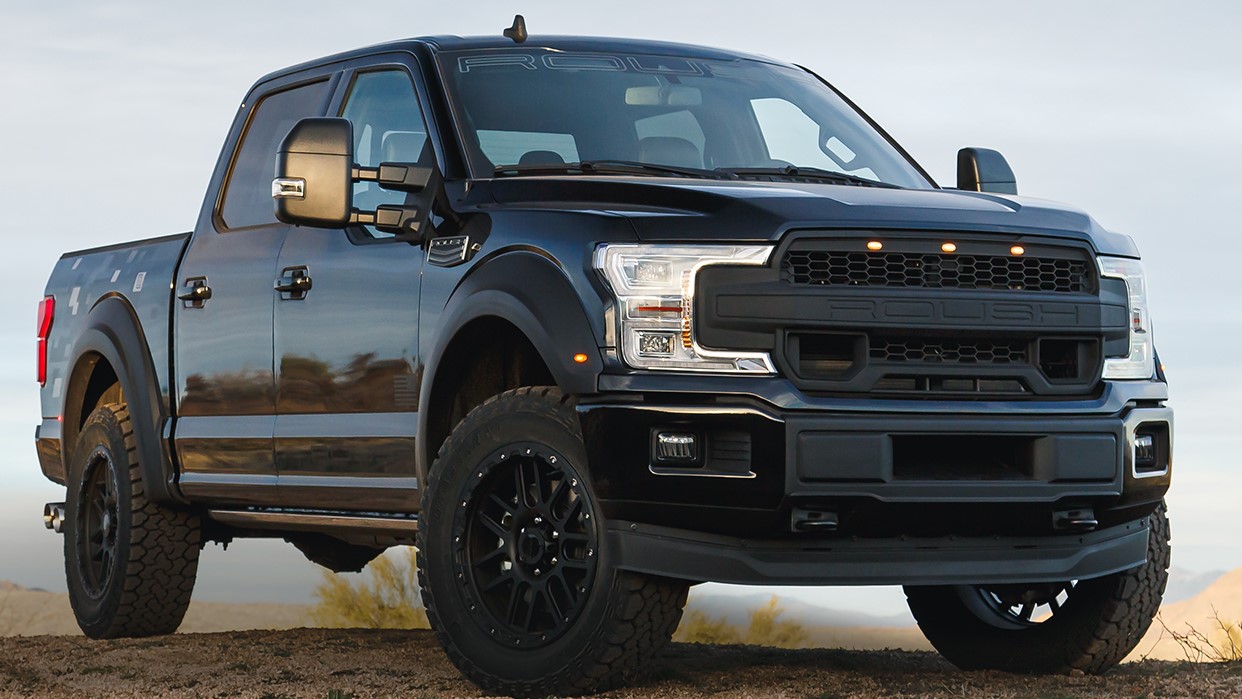