2021 Ford Mustang Mach-E deliveries were always expected to begin by the end of 2020, and it appears that The Blue Oval has managed to meet its deadline by a hair. We know that at least one Mach-E was delivered just yesterday to a customer at Five Star Ford in Dallas, Texas, as the dealer posted some pictures online showing the handoff.

“Stephen brought his whole family today to take delivery of his special ordered California Route 1 Mach-E from Joe Crawford,” the post reads. “Pictured to the right is Stephen’s ’65 convertible in Wimbledon White and to the left is his 2015 California Special GT. Congratulations Engro Family!” 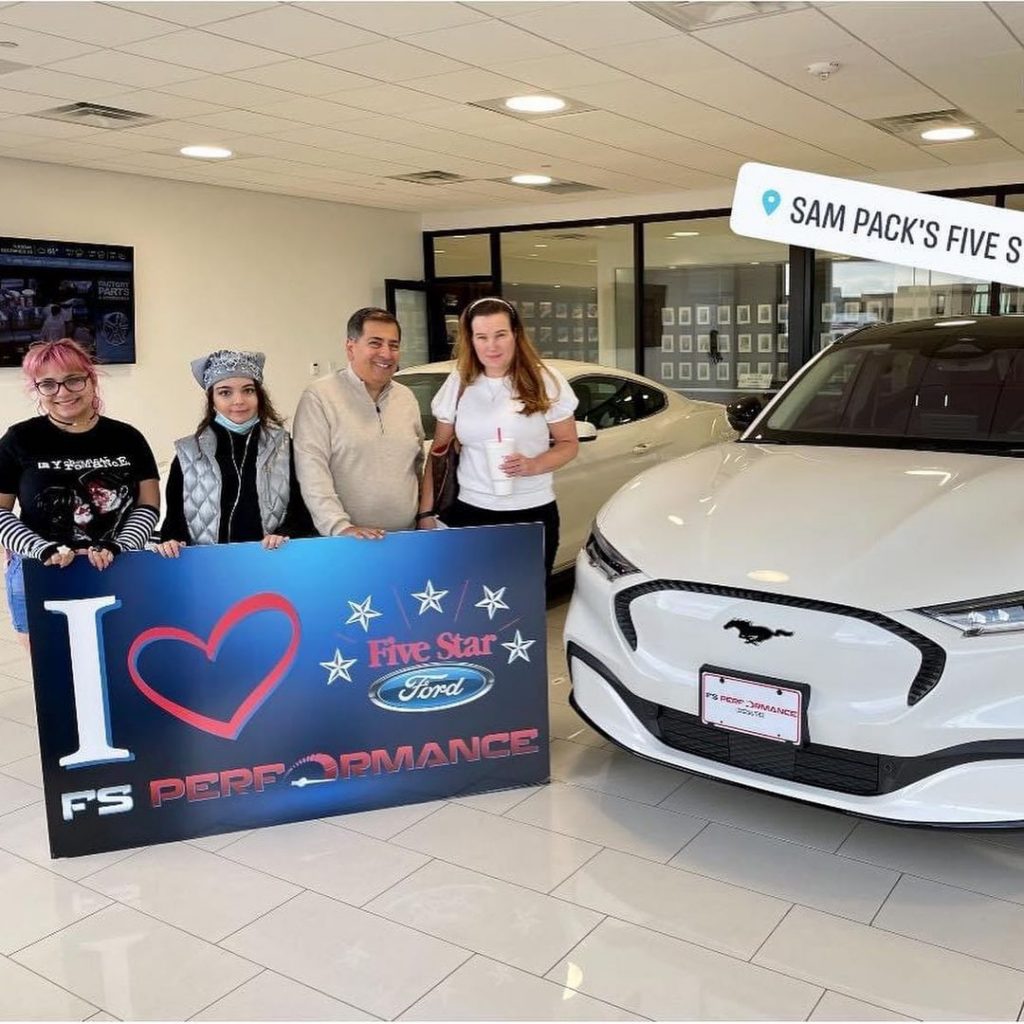 With a pair of classic Ford Mustang models flanking the new Mach-E, this delivery made for one special and truly unique photo opportunity. It’s also sure to rile up more than a few die-hard Mustang fans who feel like the Mach-E shouldn’t bear the iconic pony car’s name, but we digress.

Given that Dallas is reasonably close to the Ford Cuautitlan Assembly Plant in Mexico, where the Mach-E is produced, it makes sense that it would be the location for one of the very first Mach-E deliveries to take place, if not the first. After all, Ford previously noted distance as the reason behind the delay in Mach-E deliveries in Europe.

However, the first batch of Mach-Es was spotted arriving in Norway earlier this month, though those models are believed to be demo units for dealers – not actual customer vehicles. Regardless, over the next couple of months or so, we’ll be seeing many, many more units of Ford’s first all-electric production vehicle hitting dealerships and driveways across the globe.

We’ll have more on the Mach-E very soon, so be sure and subscribe to Ford Authority for more Mustang Mach-E news and 24/7 Ford news coverage.