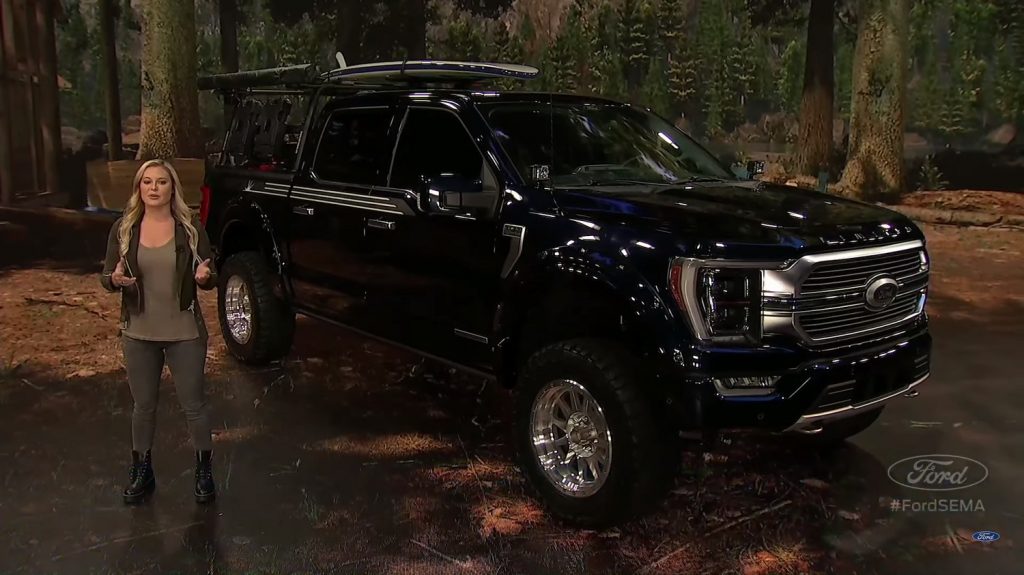 While the COVID-19 pandemic forced the 2020 SEMA show to go to an online-only format, we were still treated to some pretty cool builds, albeit just not in person. One of those was the BDS Suspension SEMA 2021 Ford F-150, which was revealed during a live webcast alongside Ford Bronco, Bronco Sport, and Ford Ranger builds. Now, Ford has released a new Q&A video that takes a deeper dive into what makes this dual-purpose concept so cool. 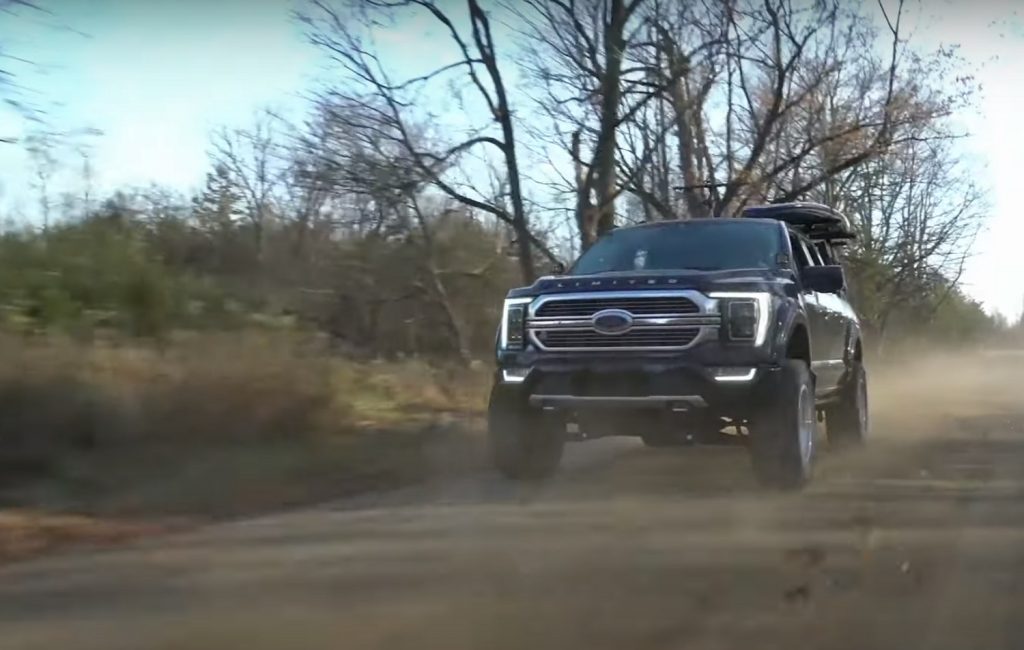 BDS set out with the goal to enhance the utility of its SEMA 2021 Ford F-150 build without detracting from its daily usability, hence the work and play theme. This truck was designed to operate as a mobile metal shop of sorts, providing the crew with the ability to fabricate on the go. But it’s also outfitted to serve as a weekend base camp for fun getaways, too. 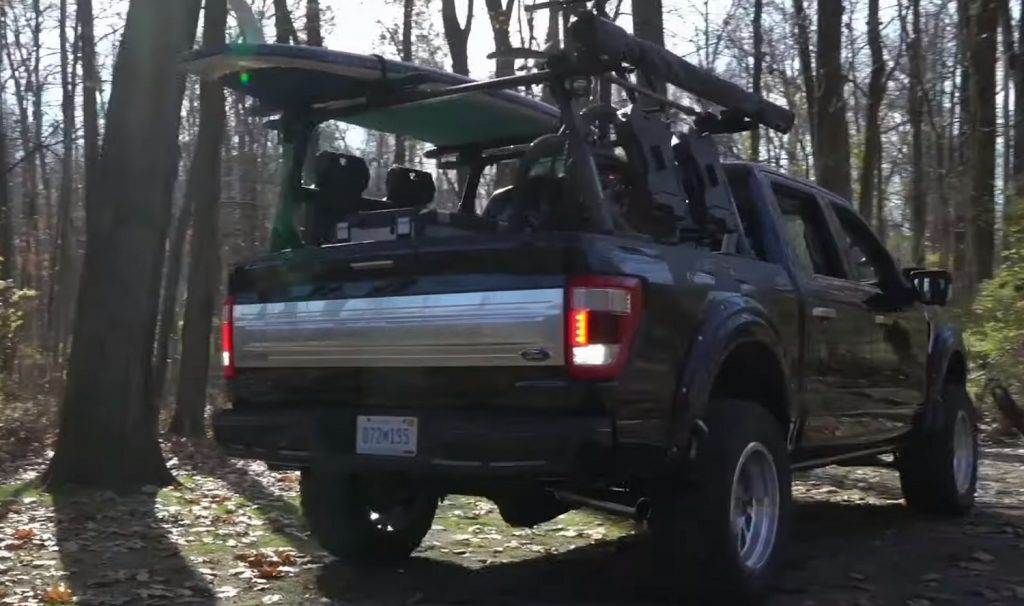 That starts in the bed, where there’s a deck system that gives BDS an extra 2,000 pounds of payload as well as extra storage capacity. A total of 95 percent of the parts used in the build are available off the shelf, however, which means that recreating this truck would be pretty easy for the average person – something that can’t be said for most SEMA vehicles. 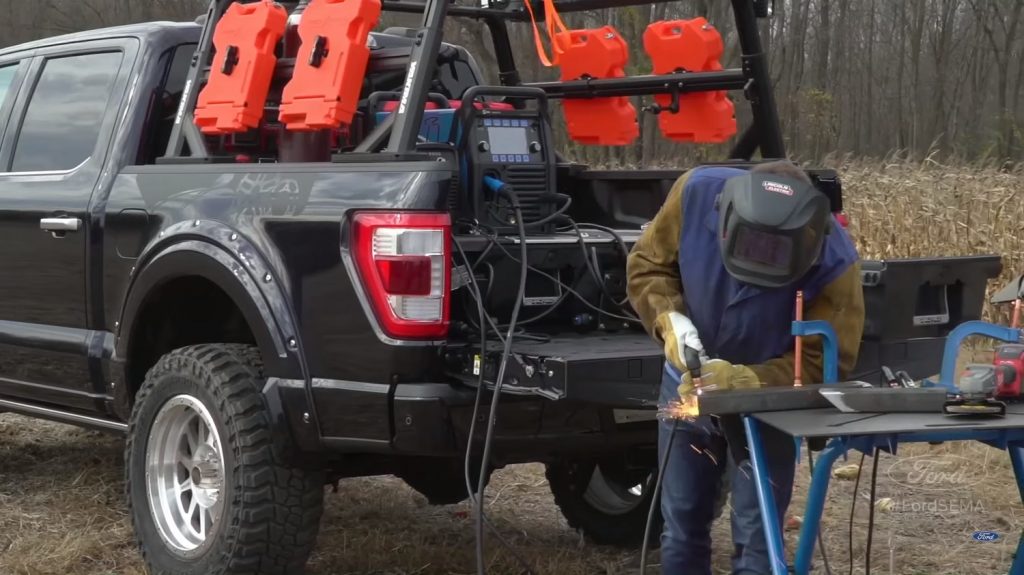 That includes the four-inch BDS lift kit, which is available to purchase now. The Ford F-150 is also equipped with 35-inch tires, Fox coilovers, a Patco light-up grille, and a light-up Blue Oval emblem. The majority of the parts used on the build are available directly from Ford, but some must be purchased through third parties.

After discussing the SEMA 2021 Ford F-150, the team takes questions about the 2021 F-150 in general and covers its many features including the Max Recline Seats, Pro Power Onboard, PowerBoost drivetrain, and the truck’s redesign. It’s an informative session for certain, and one worth checking out.

We’ll have more on the 2021 F-150 very soon, so be sure and subscribe to Ford Authority for the latest Ford F-Series news, Ford F-150 news, and continuous Ford news coverage.