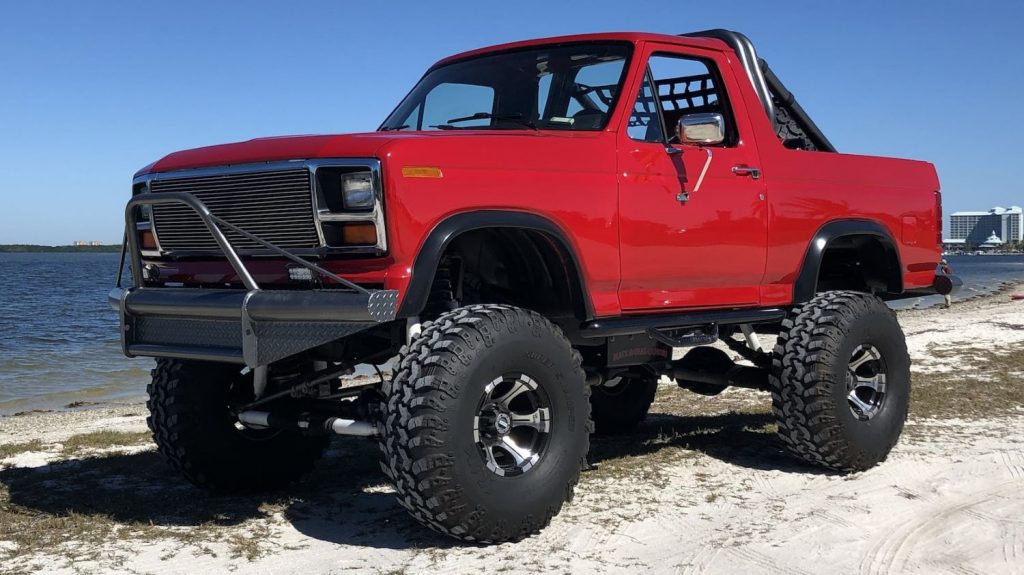 In the world of the Ford Bronco, models from the 1980s tend to be a bit overshadowed by those from the 1960s and 1970s, and even the last-gen (until the 2021 Ford Bronco launches) models from the 1990s. But this 1986 Ford Bronco that’s headed to Mecum’s upcoming Kissimmee auction refuses to be ignored, and in its current guise, is pretty much guaranteed to turn heads everywhere it goes. 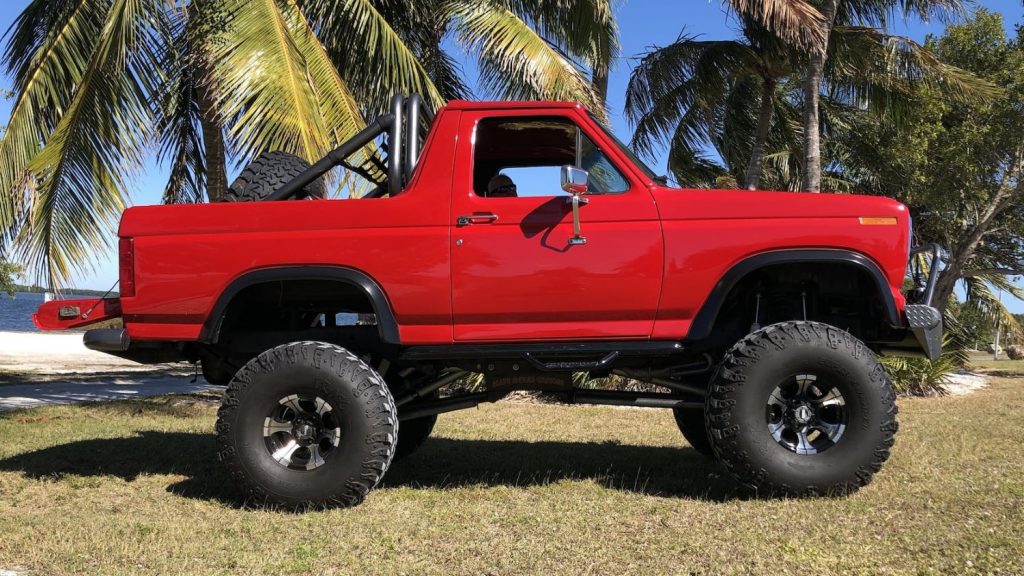 This particular 1986 Ford Bronco has been completely redone by Heavy Metal Customs, a fittingly named suitor for this towering beast. It sits up considerably higher than the average 4×4 thanks to a massive lift that’s supported by 10-inch rear coil springs and six Skyjacker HD shocks. It also doesn’t hurt that the Bronco rolls on gigantic 39-inch tires. 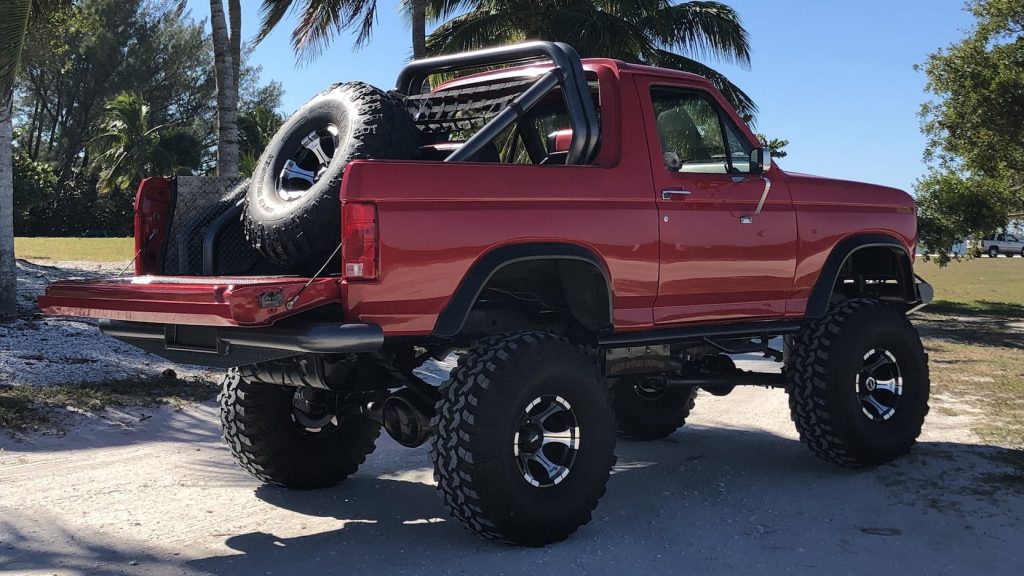 The rest of this Bronco’s suspension is quite beefy as well, with a laundry list of components including Yukon off-road axles and springs, custom ladder bars, and four-wheel disc brakes. Meanwhile, a new Ford 302 cubic-inch V8 crate motor sends power through a Jasper automatic transmission and NP208 transfer case to a Dana 44 front differential and 9-inch rear differential with 4.56 gears. 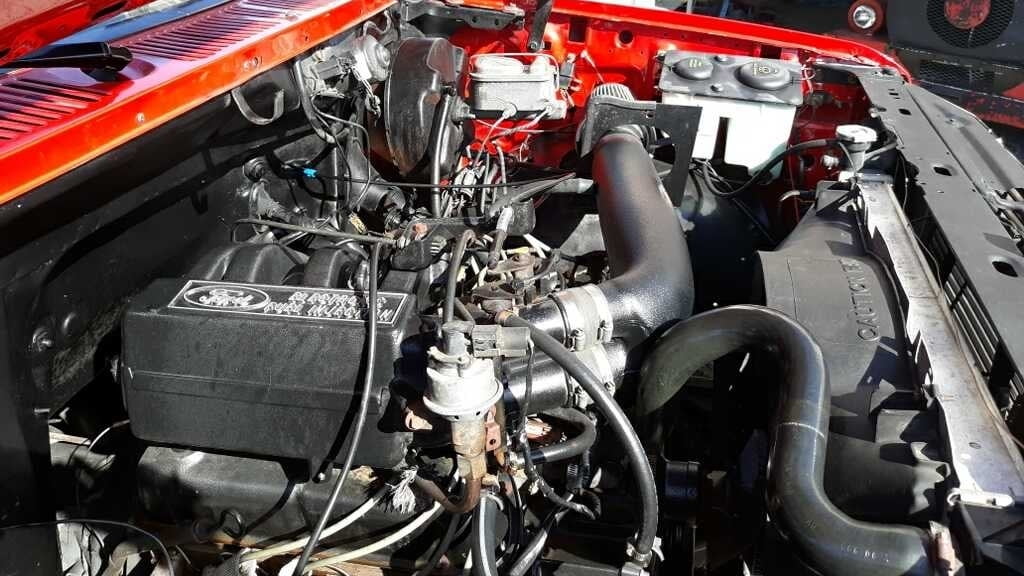 On the outside, this brutish Bronco wears blazing red paint to help it attract even more attention, as well as a custom roll bar and bumpers front and rear. The interior has been lined with marine-grade waterproof materials and a professional sound system with a waterproof subwoofer to make this perhaps the ultimate beach getaway vehicle. 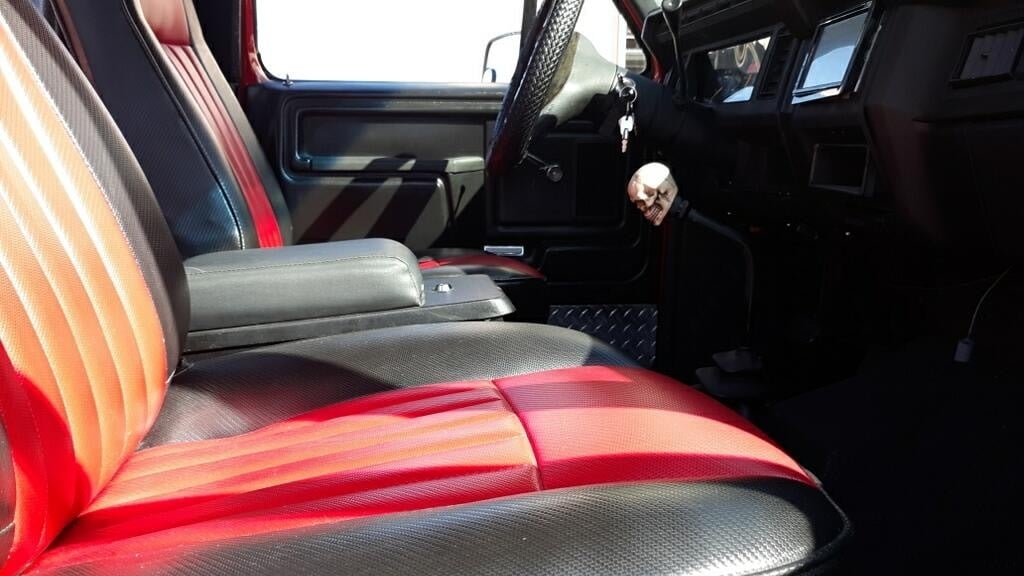 It might typically be hard to turn heads at the beach, but this big old Bronco certainly won’t have any trouble diverting attention its way. With a menacing stance and timeless style, it might also convert more than one Bullnose Bronco detractor, too.

We’ll have more cool builds like this to share soon, so be sure and subscribe to Ford Authority for more Ford Bronco news and non-stop Ford news coverage.