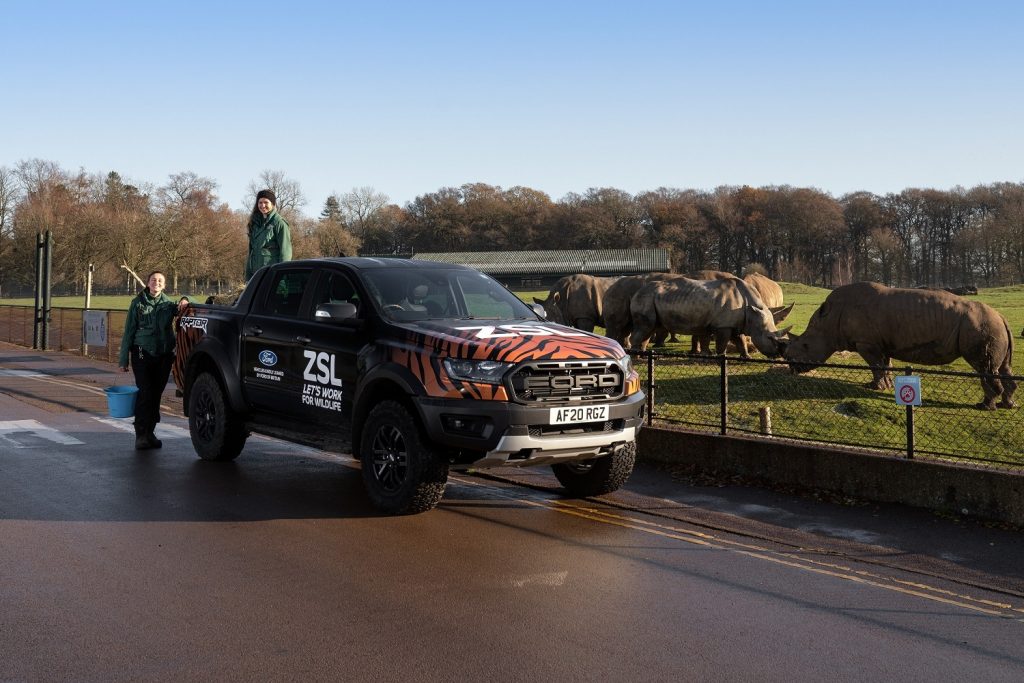 Christmas has come early for the animals at ZSL (Zoological Society of London) Whipsnade Zoo, which has taken delivery of two Ford Ranger Raptor pickups donated by the automaker. The tiger-liveried Raptors are being put to good use across the UK’s largest zoo, tasked with feeding some of its 3,500 animals, many of which are endangered or extinct in the wild. 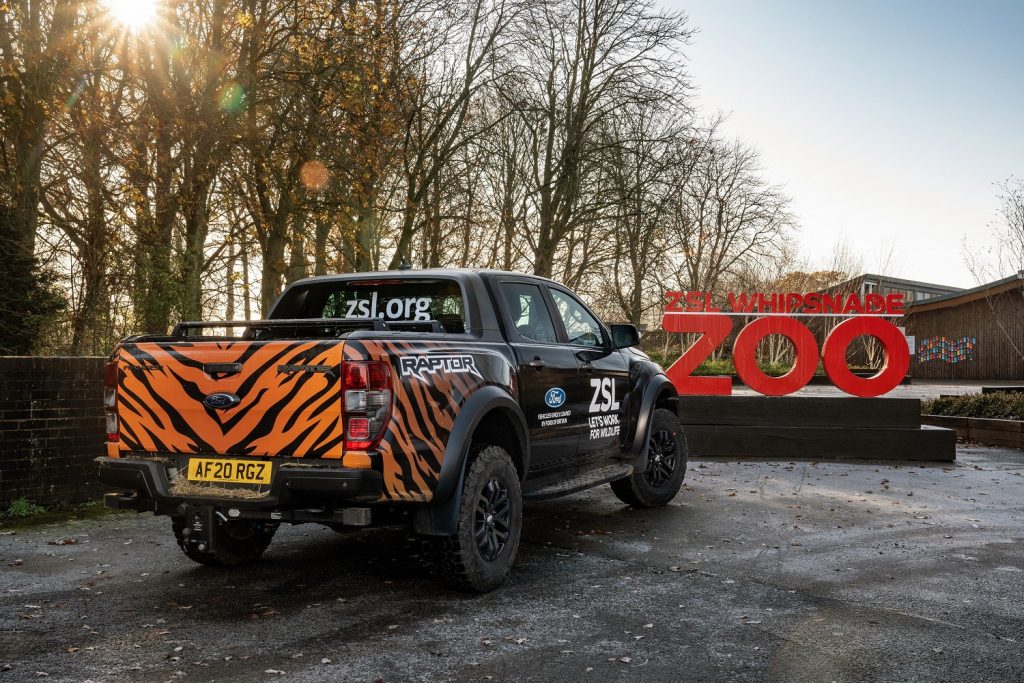 One Ranger Raptor will be tasked with helping zookeepers transport food, bedding, and feeding or activity toys around across the 600-acre nature haven. The other vehicle is currently spreading Christmas joy as a stand-in for Santa’s sleigh, entertaining visitors who returned earlier this month after a second closure due to COVID-19. More than one million people visit Whipsnade and London Zoo combined each year. 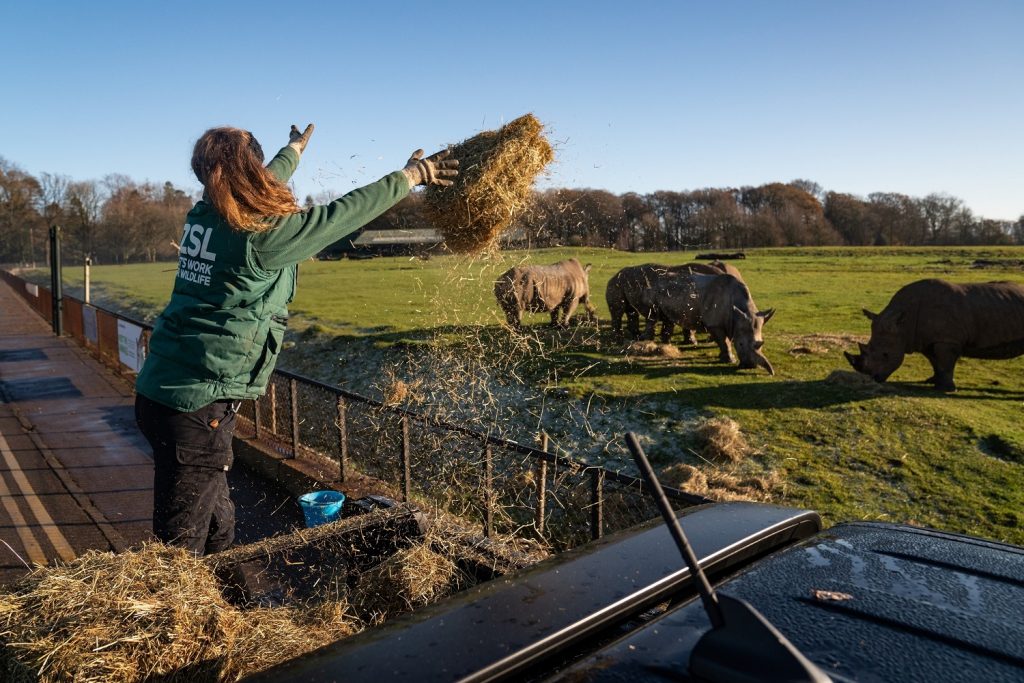 Ford is also loaning the ZSL London Zoo a congestion charge and a low emission zone-exempt Ford Transit Custom PHEV in the new year to assist with inner-city logistics and transporting goods to and from each site. 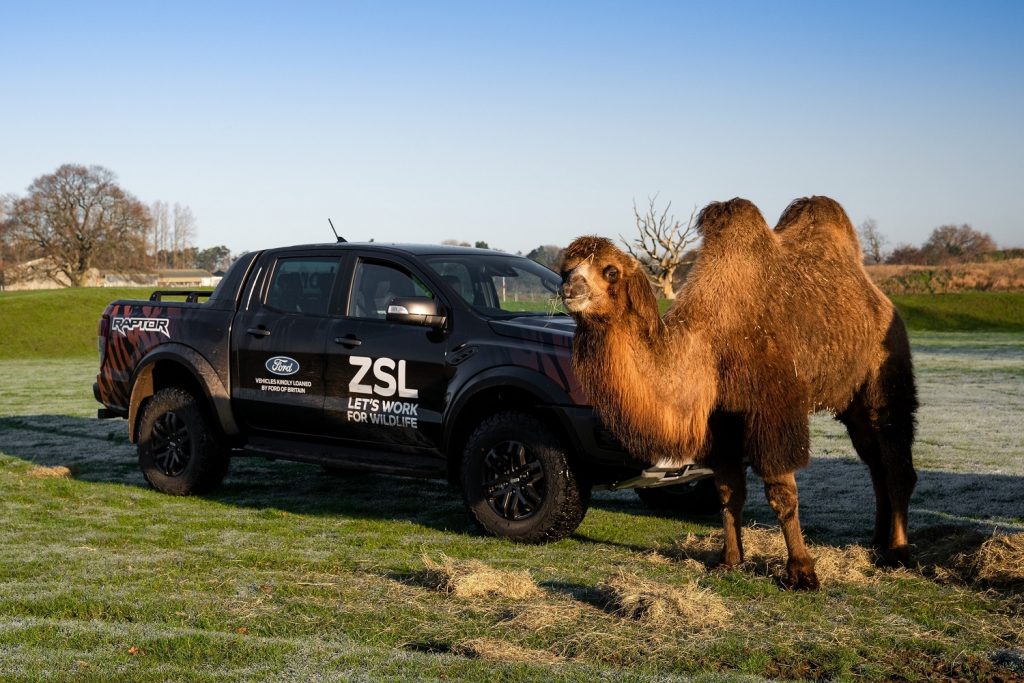 “As an international conservation charity, this year has been challenging for us,” said Owen Craft, ZSL Whipsnade Zoo Chief Operating Officer. “We have keenly felt the pressures caused by the COVID-19 pandemic, we and our sister site ZSL London Zoo, were forced to close for a total of 16 weeks each, putting us under huge financial strain and impacting our global conservation efforts. We are grateful to Ford for this loan, which is helping our keepers to care for some of the world’s most endangered animals.” 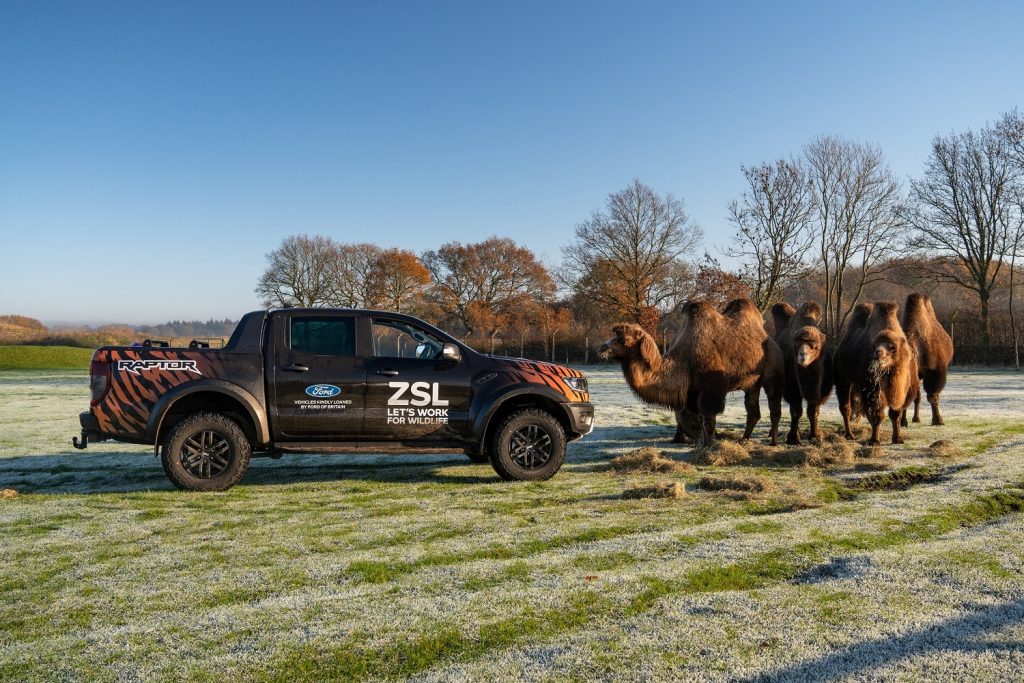 “The Ranger Raptor is a workhorse, but on this occasion, it’s working alongside the horses,
said Mike Laird, Ranger Product Manager, Ford of Europe. “These visually striking pickup trucks will become as much of a visitor attraction as the animals themselves, not least because Ranger Raptors stay still for photos!” 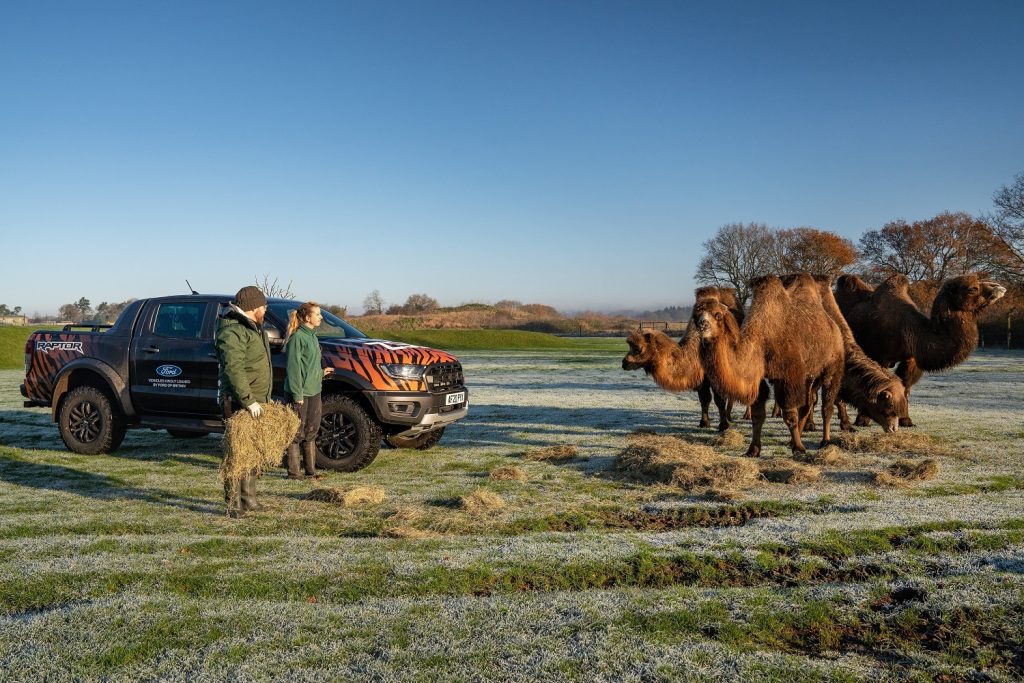 ZSL Whipsnade Zoo is the UK’s largest zoo, spanning 600 acres of land in Bedfordshire. Home to over 3,500 animals, it is part of ZSL (Zoological Society of London), an international conservation charity working to create a world where wildlife thrives. From investigating the health threats facing animals to helping people and wildlife live alongside each other, ZSL is committed to bringing wildlife back from the brink of extinction.

We’ll have more on Ford’s charitable efforts soon, so be sure and subscribe to Ford Authority for more Ford Ranger news, Ranger Raptor news, and around-the-clock Ford news coverage.