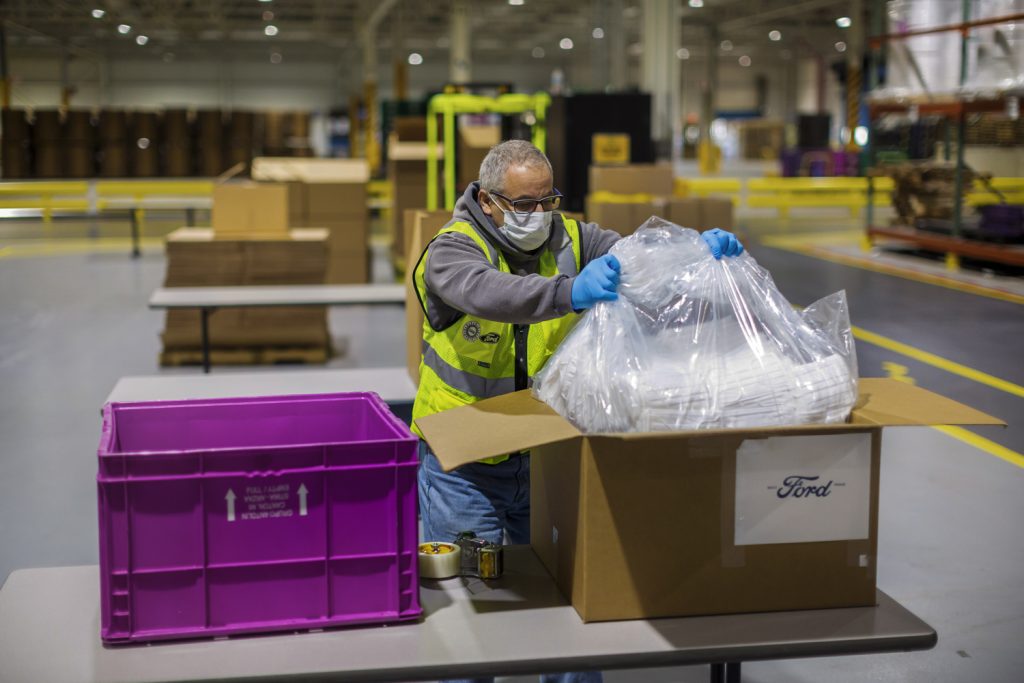 Back in the spring, when the COVID-19 pandemic was beginning to get serious, Ford switched to producing much-needed personal protective equipment, including ventilators. The automaker had a 50,000 unit target as part of a $336 million government contract, which it met earlier this year. Now, Ford Authority has learned that $50 million in funds raised from ventilator production is being reinvested into a new Ford PPE production effort – making and donating 100 million face masks through 2021. 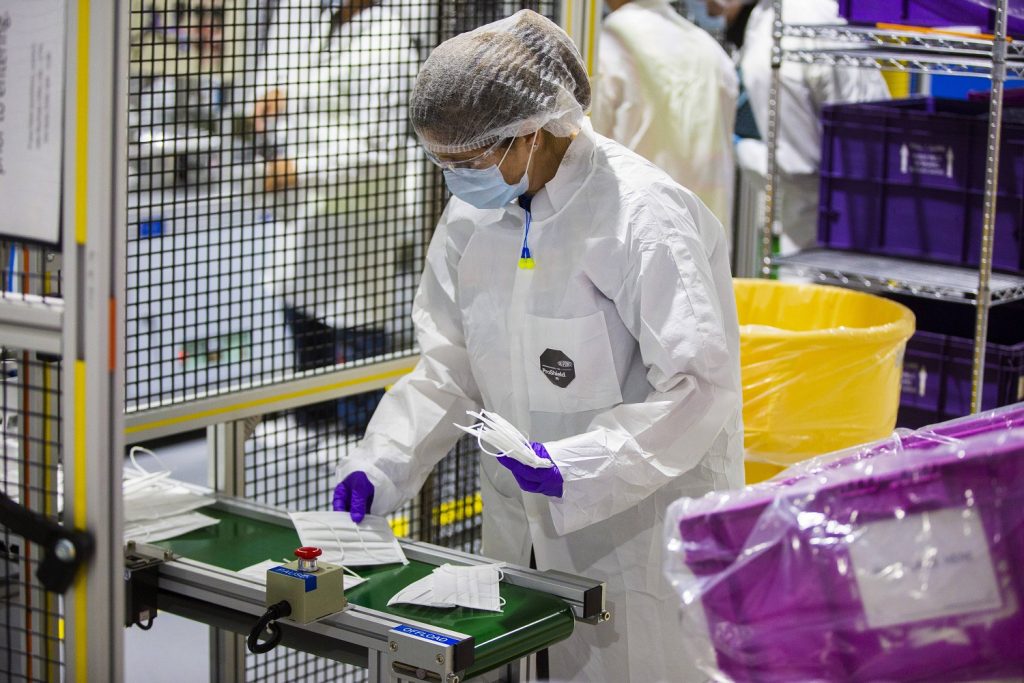 “We’re reinvesting $50 million in contracted funds we received rebuilding the national stockpile of ventilators,” a Ford spokesperson told Ford Authority via email. The ventilators, which were produced at the Ford Rawsonville Assembly Plant by roughly 1,500 employees, have helped create a government surplus, as well over 100,000 units are currently sitting in storage. 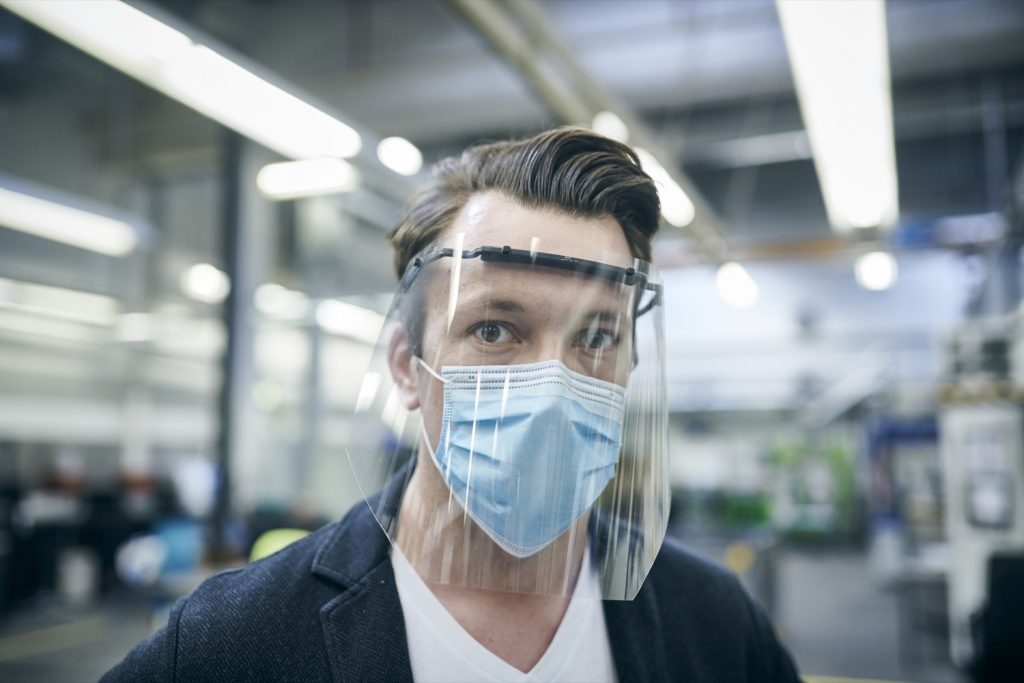 Meanwhile, as we reported yesterday, Ford is well on its way to meeting its new goal of producing and distributing 100 million face masks to at-risk communities. In the last few weeks, the automaker has donated two million face masks to the state of Ohio, 1.3 million masks in New England, and another two million pieces of the Ford PPE to the Los Angeles unified school district and California non-profits, respectively. 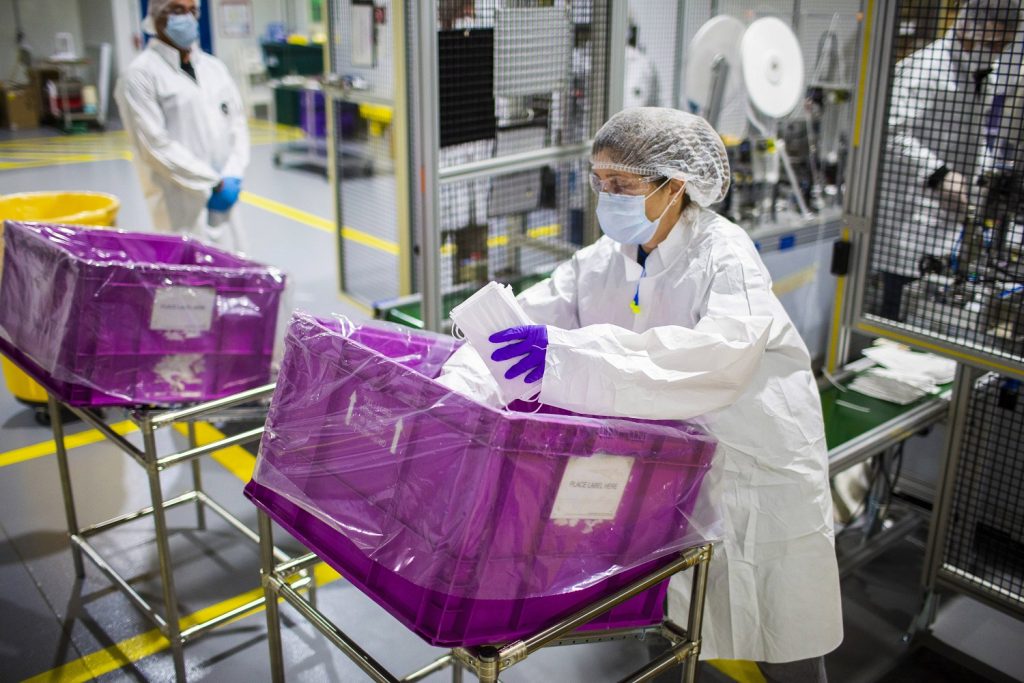 Ford will continue distributing face masks produced using funds from its ventilator income through 2021 until it meets its 100 million unit goal. In addition to distributing these masks through organizations and communities the automaker deems high risk, those interesting in being considered for a Ford PPE Day mask giveaway can make a donation request here. Ford has also listed all of the current locations for its upcoming mask giveaways here for those that would like to secure a mask of their own.

We’ll have more on Ford’s efforts to fight coronavirus soon, so be sure to subscribe to Ford Authority for the latest Ford-related COVID-19 news and ongoing Ford news coverage.