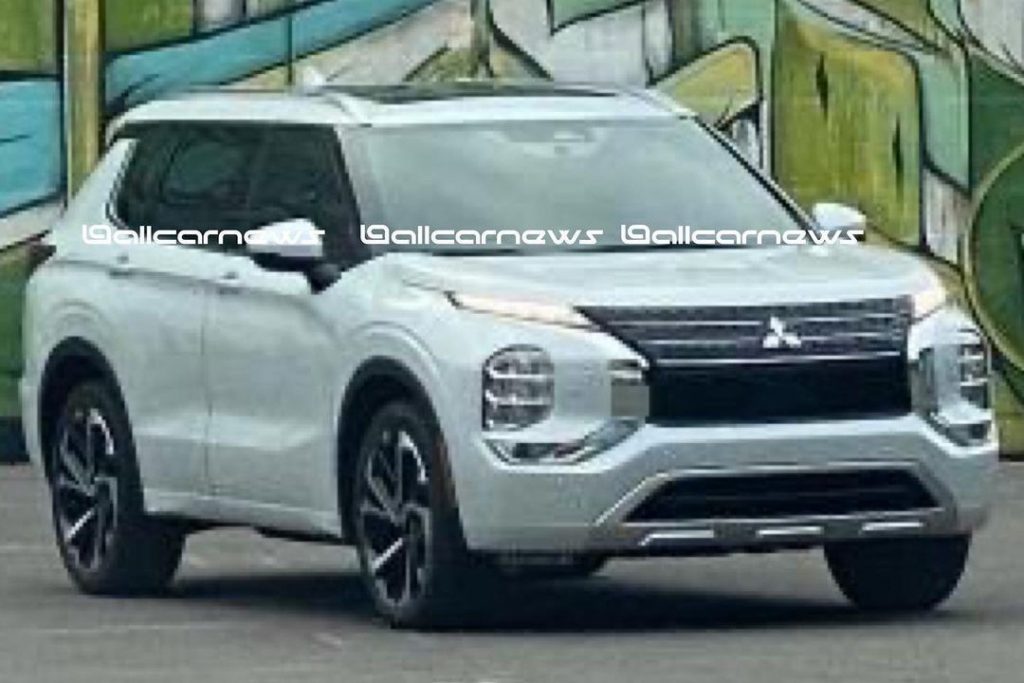 The current Mitsubishi Outlander is getting a bit long in the tooth, as the third-generation model debuted way back in 2012. Granted, the crossover has received two refreshes in the last five or so years, but it sorely needs a complete overhaul. That is coming soon, as the 2022 Mitsubishi Outlander will represent an all-new design for the Ford Escape rival. And now we know what it will look like, thanks to some leaked photos that recently surfaced on Instagram.

These photos were reportedly taken from an actual 2022 Mitsubishi Outlander photo shoot, though they’re unfortunately not the best quality. However, it is pretty clear that the new Outlander borrows heavily from the design of the Engelberg Tourer Concept that debuted at last year’s Geneva Motor Show, as well as an Outlander prototype that was spied testing recently.

The Engelberg Tourer Concept was powered by a plug-in hybrid drivetrain featuring a 2.4L I-4 gas engine, which is also expected to power the 2022 Mitsubishi Outlander PHEV and give it up to 43 miles of electric-only range. A 2.5L four-cylinder borrowed from the Nissan Rogue could also find its way into the crossover, which is currently rated at 188 horsepower and is mated to a CVT transmission. Both front- and all-wheel-drive configurations are expected to be offered.

Since Nissan owns a controlling stake in Mitsubishi, it’s possible the new Outlander could share more than just a drivetrain with the Rogue, though the new PHEV powertrain could also land in the forthcoming Rogue Sport. If true, that model would be Nissan’s very first PHEV sold in the U.S. Meanwhile, the Escape PHEV is scheduled to enter production in the U.S. next month after a pair of delays.

We’ll have more on the 2022 Outlander and all of Ford and Lincoln’s forthcoming competition very soon, so be sure and subscribe to Ford Authority for more Ford Escape news and around-the-clock Ford news coverage.

U.S. Ford Social Media Advertising To Shut Down For 30 Days As Boycotts Continue