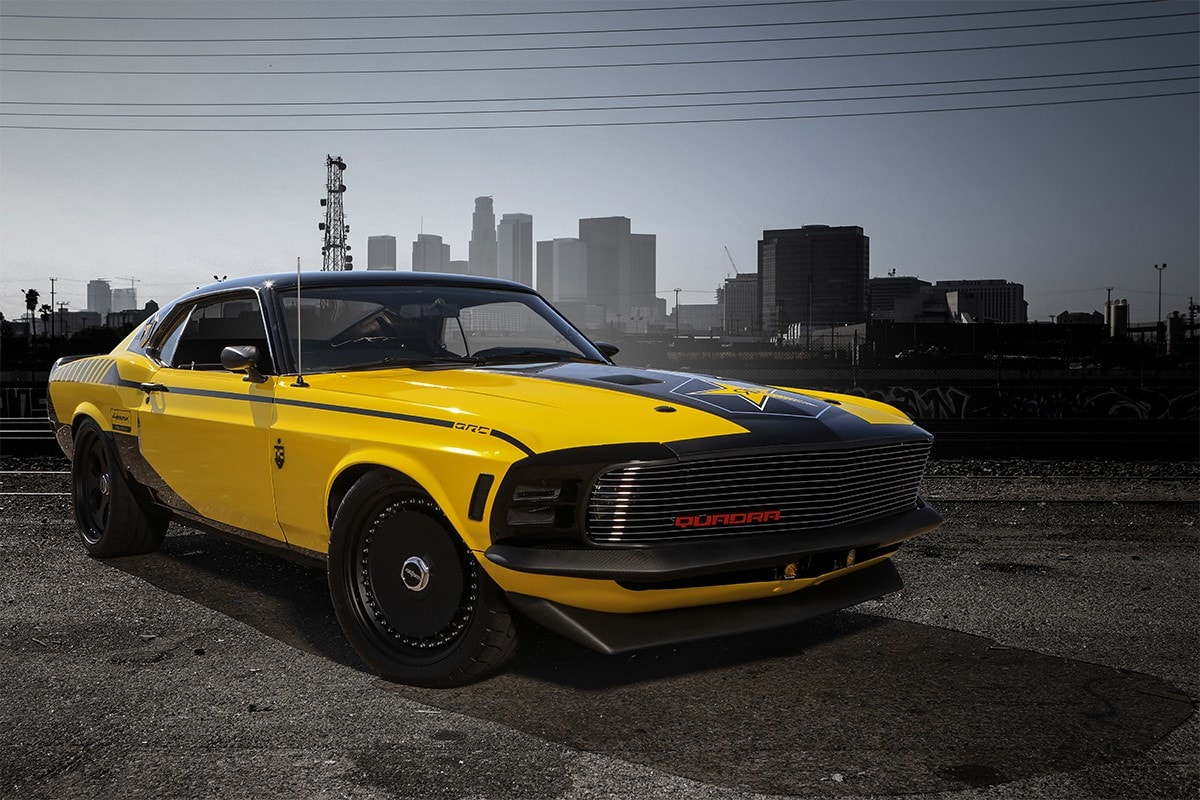 Cyberpunk 2077 is, without a doubt, one of the most highly anticipated video games in recent years. Thus, it makes sense that the game’s developer, CD Projekt Red, would want to do something special to get anxious gamers even more hyped up over its release, which just happened this week. And it did just that by teaming up with Rockstar Performance Garage to create this real-life recreation of the Cyberpunk 2077 Mustang, dubbed Quadra, which is featured in the game itself. 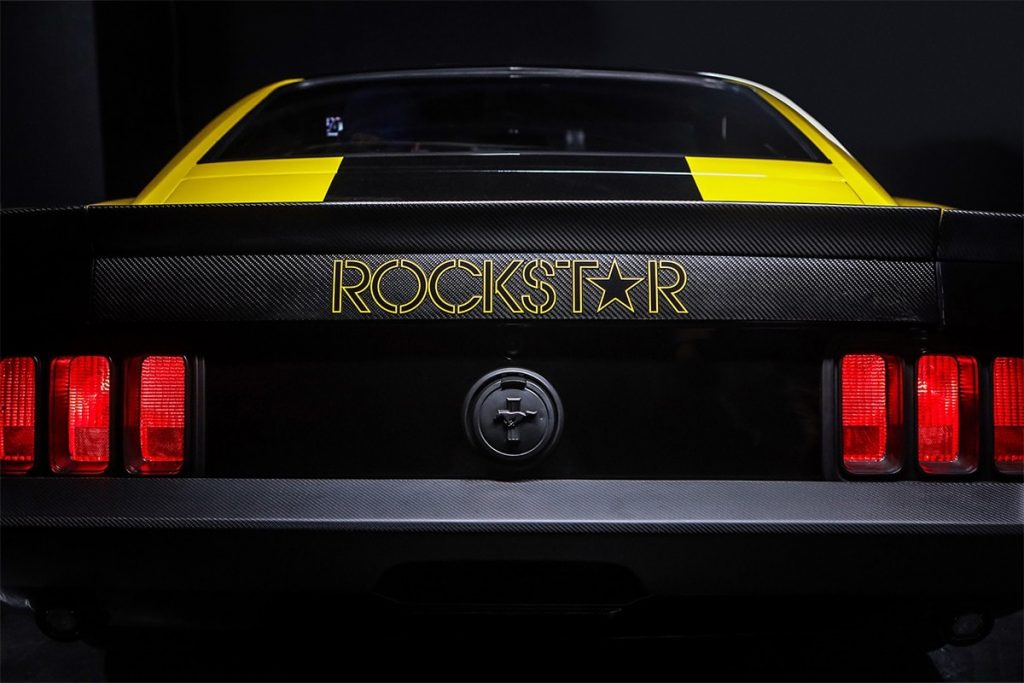 The post-apocalyptic treatment goes well with this classic 1970 Ford Mustang, which has been treated to some seriously extensive bodywork. That includes all-new carbon fiber body panels from Anvil Auto and a T-Rex front grille, which completely transforms the look of the car. To further accentuate that appearance, the team added fog and reverse lights from Baja Designs, along with black-painted Rotiform wheels wrapped in Mickey Thompson tires. 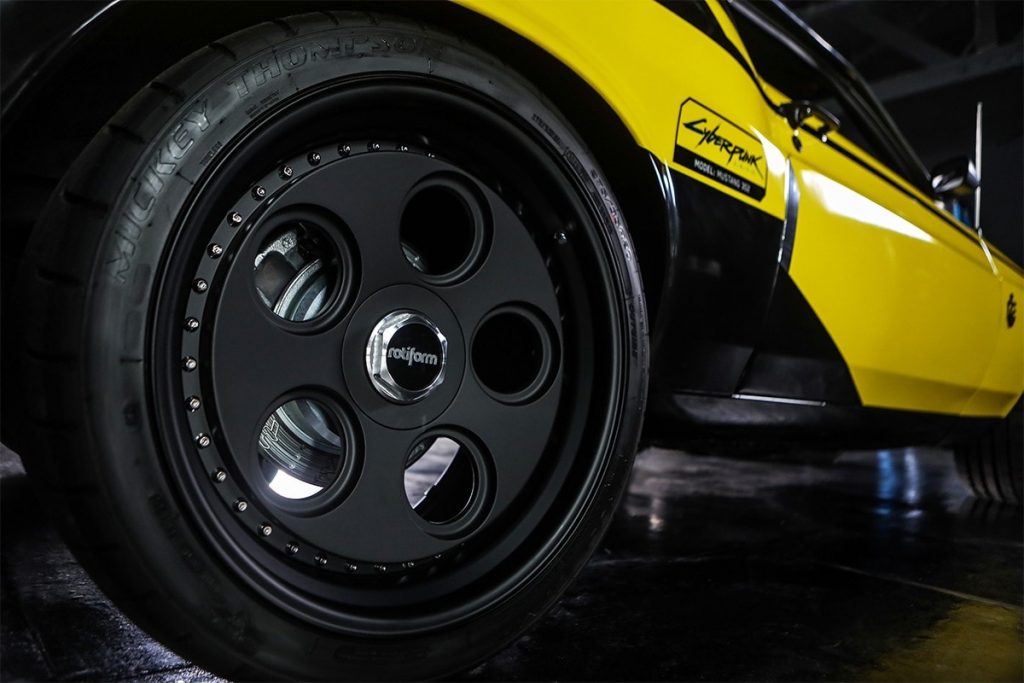 With the groundwork laid, Rockstar covered the Cyberpunk 2077 Mustang in a black and yellow paint job that meshes perfectly with bits of exposed carbon. Now, this vintage pony car looks like it literally came from the future – albeit, a pretty gloomy one. 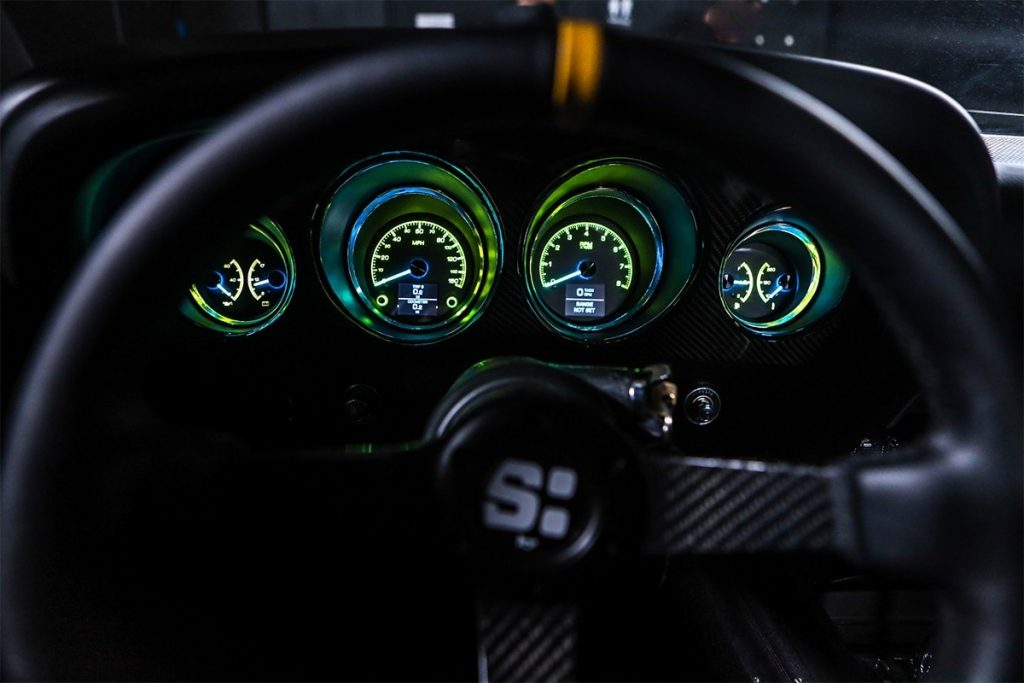 Under the hood, Rockstar did retain the Mustang’s original 302 cubic-inch V8, but replaced the old carburetor with fuel injection, and added a Magnaflow dual exhaust, a Mishimoto cooling system, and twin K&N air filters. Underneath, the car rides on Ridetech coilovers, with a Ford 9-inch rear end moving the power to the rear wheels and R1 Concepts disc brakes slowing it down when needed. 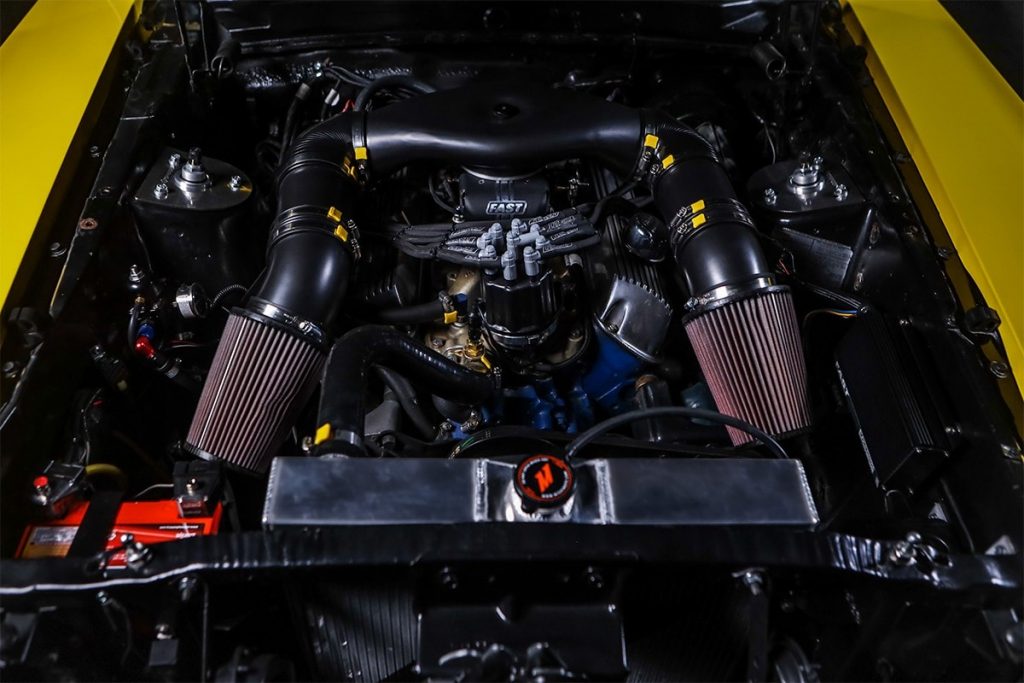 The interior has also received an overhaul, with custom seats, carbon fiber trim, a Kicker stereo system, and a custom steering wheel and gauge cluster that truly matches the theme of the exterior.

Even better, the team over at Rockstar is giving away this Cyberpunk 2077 Mustang recreation. Entering simply requires navigating over to the official contest site and entering the code found under each tab of Cyberpunk 2077-themed Rockstar Energy drink cans.

We’ll have more cool builds like this to share soon, so be sure and subscribe to Ford Authority for more Ford Mustang news and around-the-clock Ford news coverage. 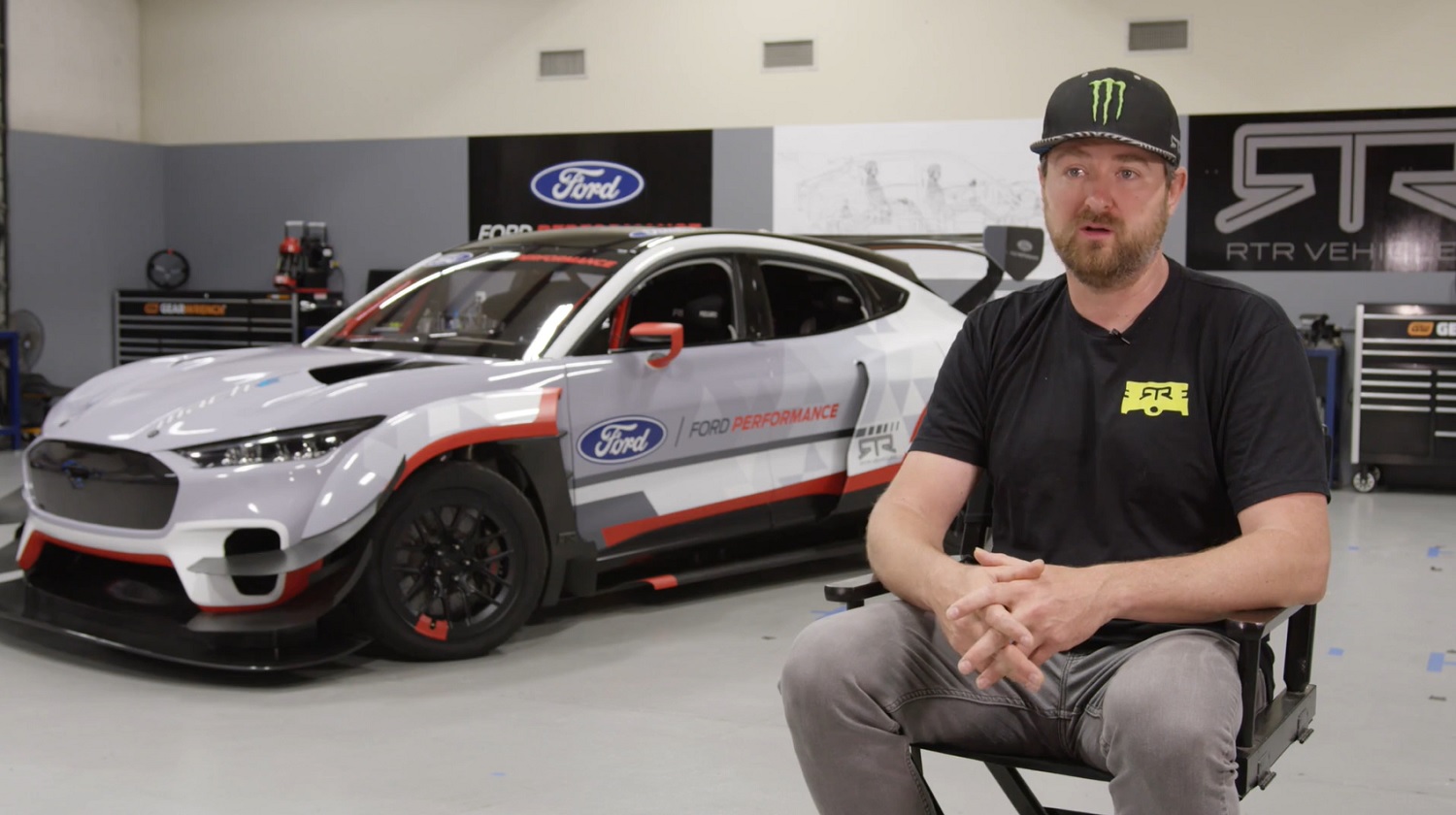