We’ve seen some over-the-top fan vehicles in recent years, but most of those are simply wrapped or painted with a particular sports team’s colors and/or logo. This 1971 Ford F-100 from Fat Fender Garage, on the other hand, goes a bit further than that, with a comprehensive makeover of both its appearance and mechanicals that’s sure to make any Blue Oval or Los Angeles Dodgers fan green…er…blue with envy. 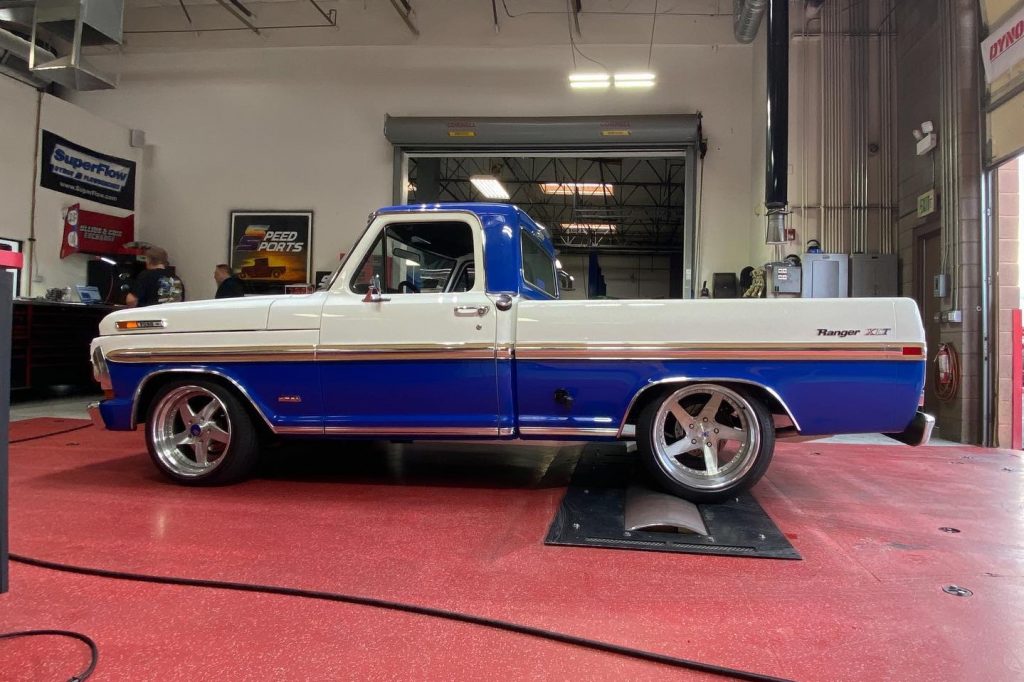 On the outside, the classic 1971 Ford F-100 is finished in Dodger Blue and white two-tone paint, with a giant Dodgers logo painted on the bed floor. Then there’s the wood grain trim that separates those hues, which was designed to look like a baseball bat. The truck is also lowered on a rather large set of aftermarket wheels, which are wrapped in some seriously wide tires. 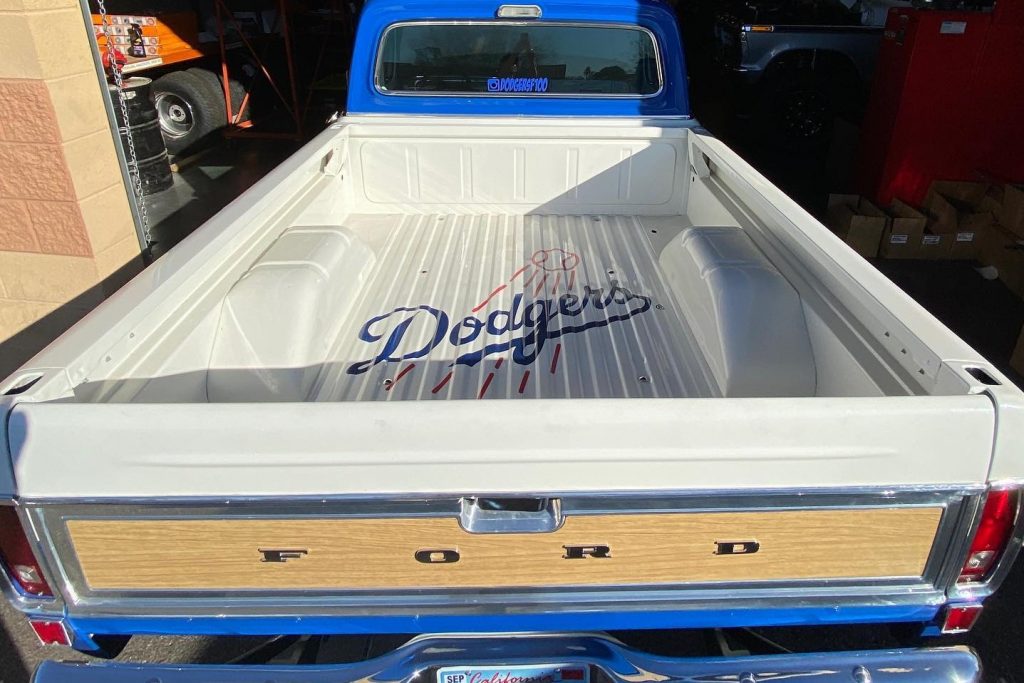 That extra-wide rubber is necessary, however, because of what lies under the hood – a Whipple-supercharged Ford 5.0L Coyote V8 that gets tested on the dyno in this video. Despite being built for street use with a mild tune and around 10 pounds of boost, the pickup put down just a hair under 568 horsepower, which should make for one heck of a fun yet reliable weekend cruiser.

This vintage Ford was already pretty sweet when its owner took it in for the new drivetrain, but now, we can’t imagine a more fitting ride for a die-hard Dodgers fan. This pickup certainly looks the part, but now it also sounds and goes like we’d expect a proper hot-rodded truck to as well. And when baseball season kicks off again, with any luck, it’ll be exactly where it belongs – tailgating in the parking lot of Dodger Stadium. 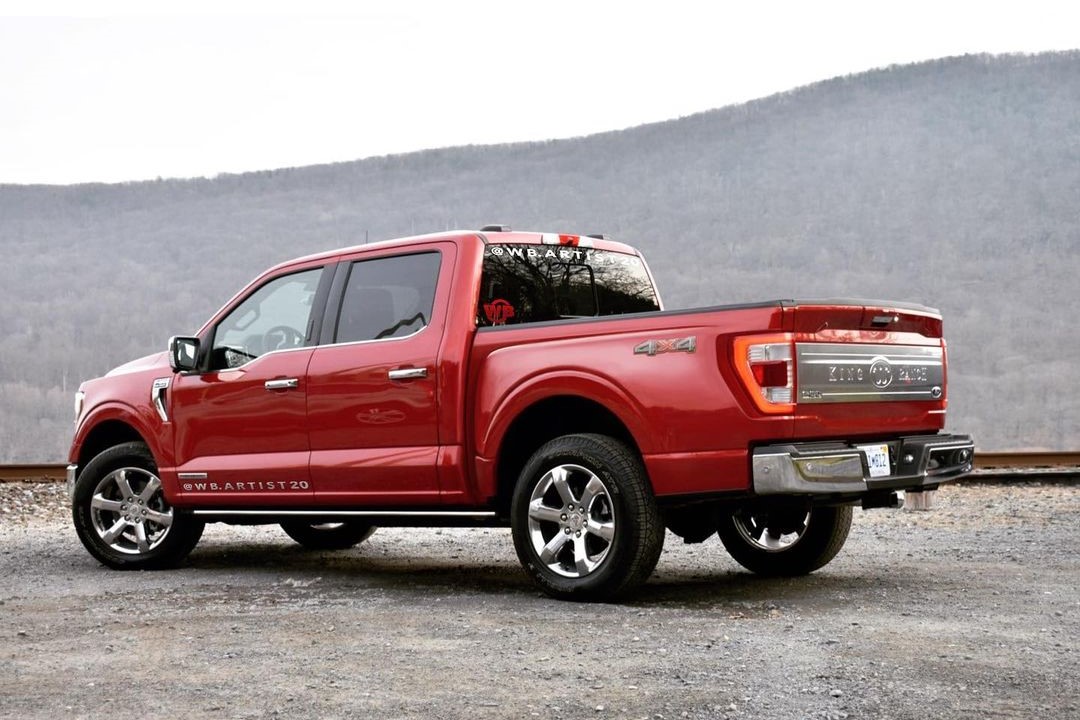 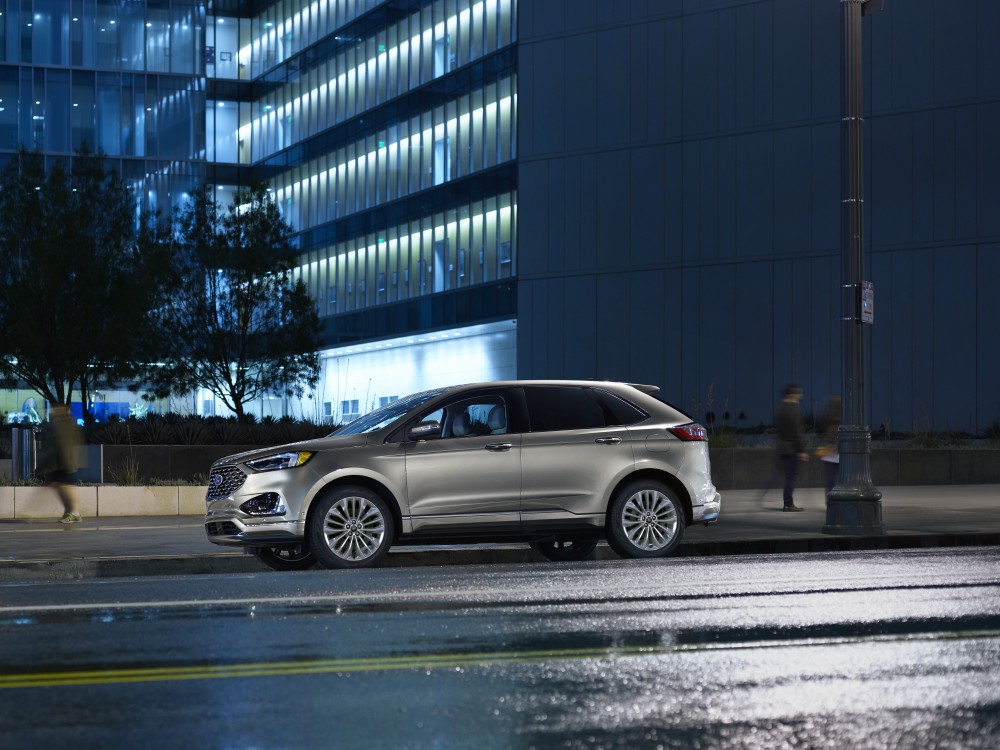