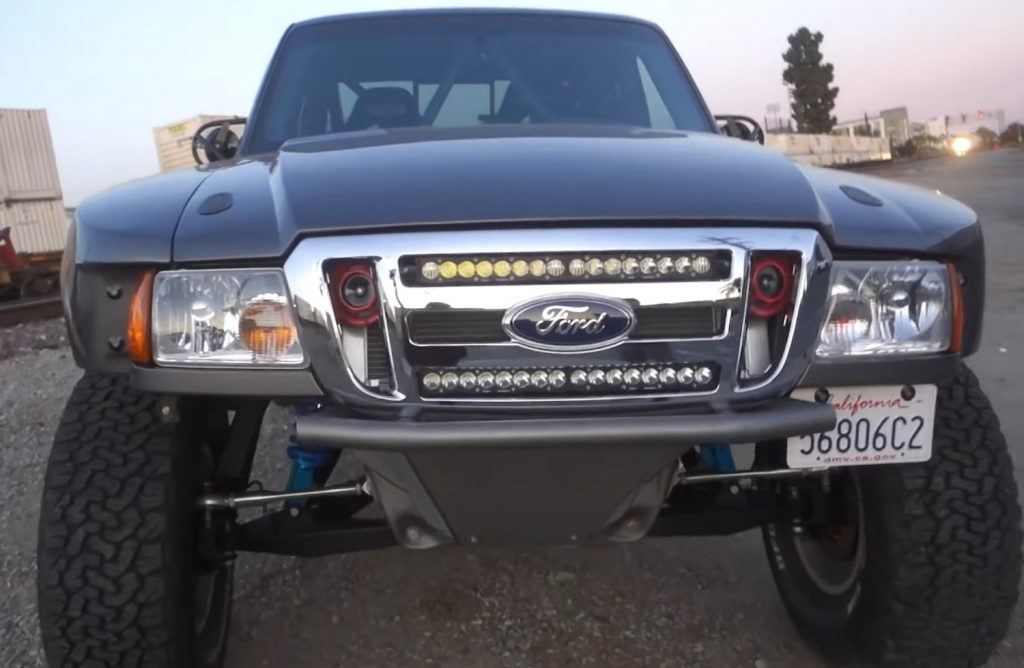 Street legal prerunner pickups are all the rage these days, and we’ve featured more than one in recent months. That includes vintage Blue Oval pickups and a Ford Ranger prerunner or two, but now, we can add yet another one to the list. However, unlike all of those other rigs, this particular 2005 Ford Ranger prerunner even features a nifty cutoff to help prevent fuel from leaking if the truck happens to roll over – a sure sign of its dual-purpose nature. 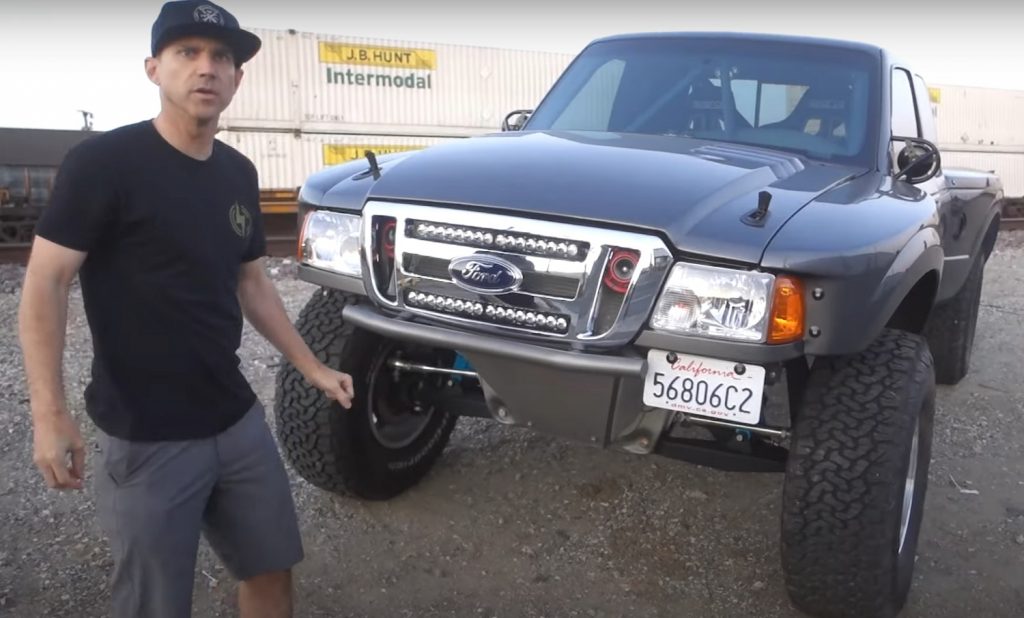 The Ranger is running a Ford 4.0L V6 with a C4 three-speed gearbox that has a reverse manual valve body, so it has to be shifted the old fashioned way. Up front, the Ranger tackles terrain with a cambered race kit, with two King shocks per wheel – one a coilover, while the other is a three-tube bypass. Suspension travel comes in at 17 inches up front and 26 in the rear. 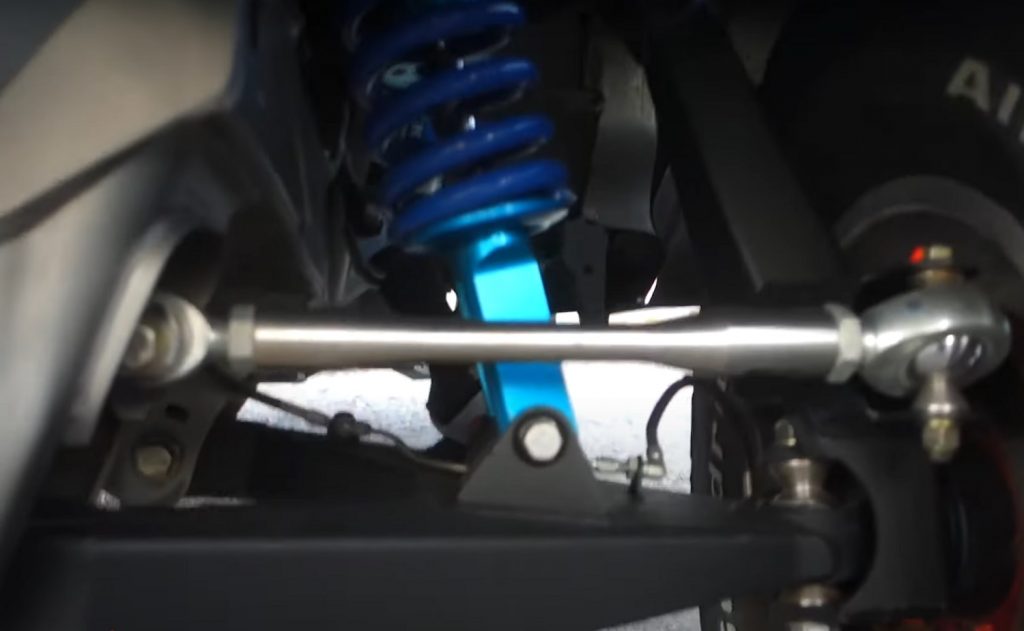 This certainly doesn’t look like a typical 2005 Ranger either, thanks to a slew of upgrades including Baja Designs lighting and a slew of fiberglass body panels from McQueen, which widens the pickup’s stance considerably. The prerunner rolls on a set of 17-inch Method wheels wrapped in 37-inch BFGoodrich all-terrain tires, which take full advantage of all that extra space. 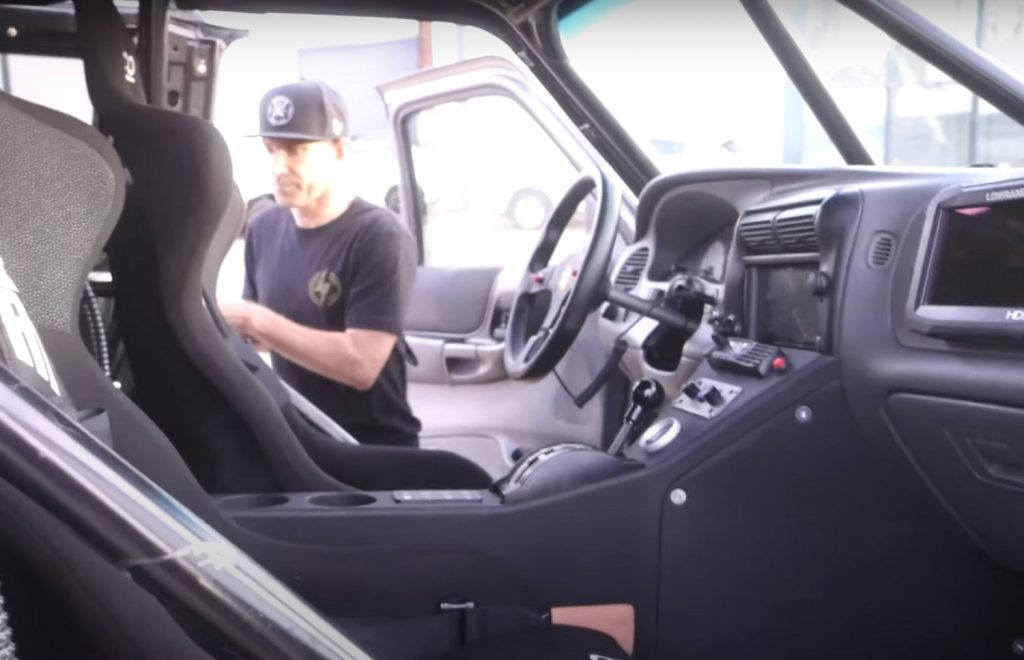 Unlike many other prerunner builds we’ve come across, this Ranger features a very clean and tidy interior, too, one that retains many of its stock components. However, it does utilize a Blitzkrieg steering column, Momo wheel, gated shfiter, Lowrance GPS, race radio, and intercom system. Regardless, there are still plenty of amenities, including a nice stereo system and even cupholders for street use.

Put it all together, and we’ve got a super clean and good-looking “luxury” Ford Ranger prerunner that should be equally at home on the streets and in the desert. And as cool as the finished product is, we’re not surprised more and more people are building trucks like this for that sort of dual duty use these days.

We’ll have more cool builds like this to share soon, so be sure and subscribe to Ford Authority for more Ford Ranger news and ongoing Ford news coverage.