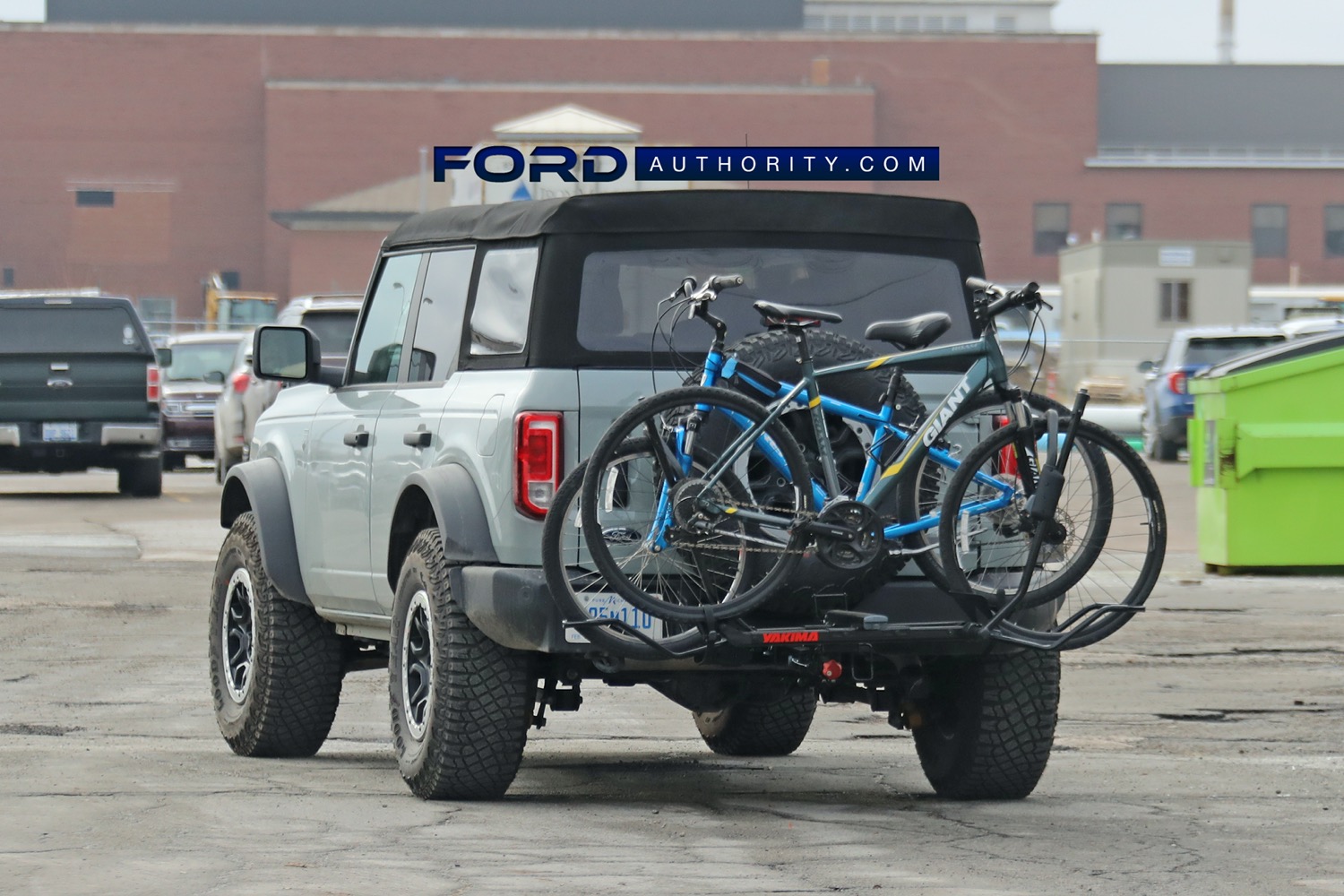 When the 2021 Ford Bronco was revealed last summer, Ford said that the new SUV would eventually be offered with over 200 accessories. This wasn’t a huge surprise, of course, especially since its main rival – the Jeep Wrangler – is one of the most heavily customized vehicles on the planet. Some of these accessories are already live in the Ford Bronco build and price configurator, but now, we’ve captured a few photos of one of them in use on a 2021 Ford Bronco four-door prototype. 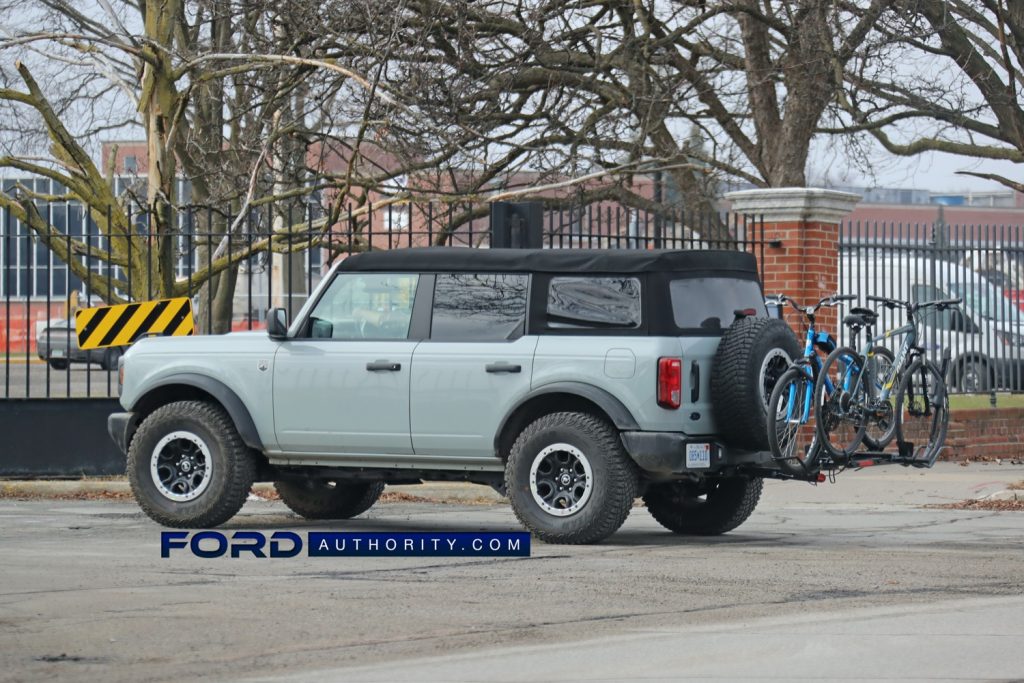 That accessory is Yakima’s hitch-mounted bike rack, which is already showing up in the configurator with a retail price of $569. The rack is available in two- or four-bike configuration, and is reportedly designed to carry either classic bicycles or newer ones with fat tires and boost hubs.

The rack utilizes a tray-style carrier and StrongArm hooks to secure the bikes at the wheels, which helps prevent damage to painted surfaces or carbon fiber frames. And since it tilts, it’s easier to load and unload the bikes, which is a welcome feature if you’re hauling a heavy e-bike or something similar. 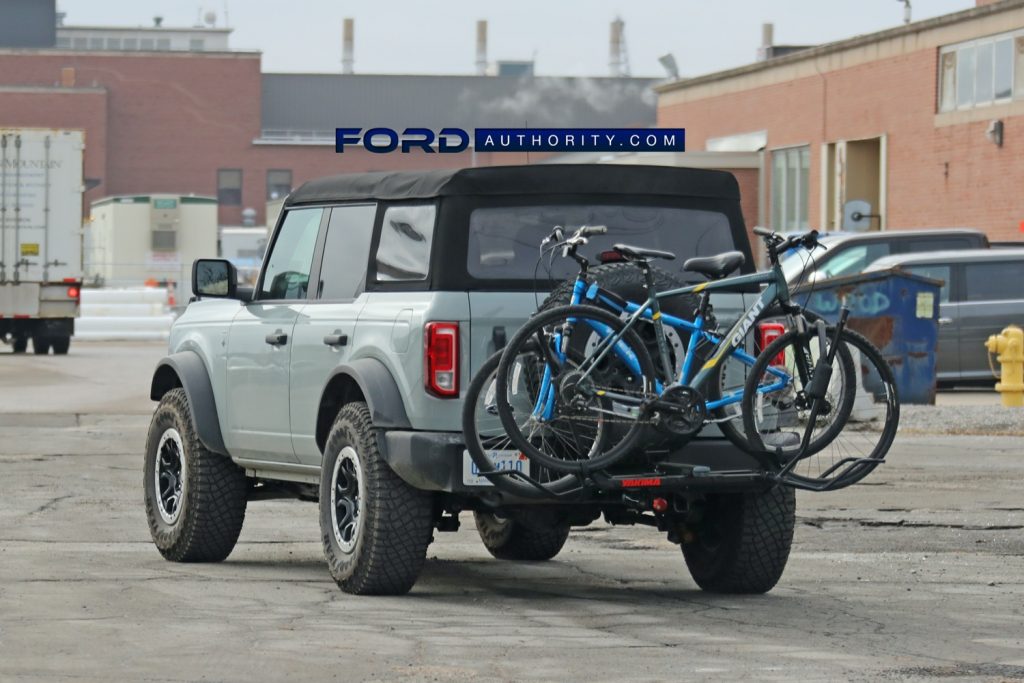 The Yakima bike rack does require a Bronco with towing capability and the use of a 12-inch hitch extension, which sells for an additional $79. In this case, these real-world 2021 Ford Bronco four-door photos do a great job of showing just how far the rack sticks out from the rear of the SUV, but we suppose that’s necessary given the fact that the bikes must clear the rear-mounted spare tire.

This bike rack is one of many accessories already listed in the Bronco configurator, including a bunch from Yakima. Right now, that includes things like a roof-mounted bike carrier, cargo boxes and baskets, kayak and paddleboard carriers, an awning, roof-mounted tents, hitch-mounted ski and snowboard racks, off-road recovery kits, and rock rails, just to name a few. 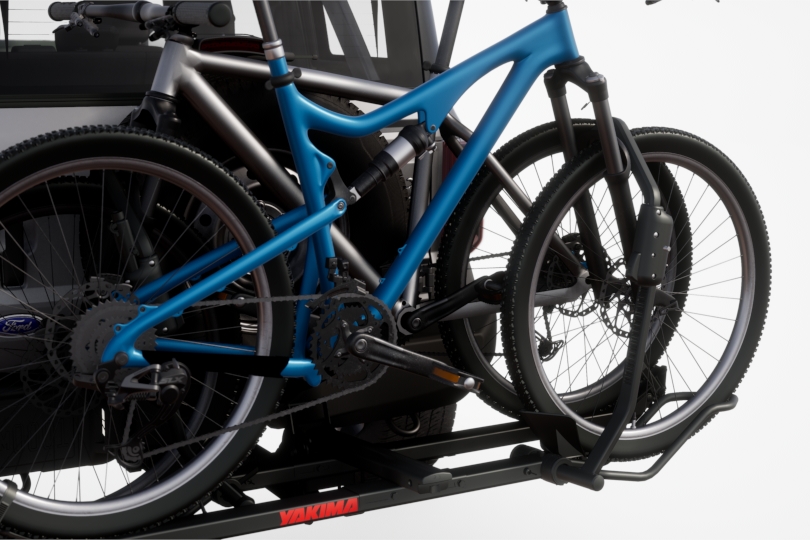 Meanwhile, Ford is adding accessories to its Bronco configurator on a regular basis, and plans on having some, but not all, of those promised 200+ accessories listed by the time the 2021 Ford Bronco launches this summer.

The Yakima Ford Ranger Has All The Accessories