Back in October, we reported that the King Ranch and Timberline would be joining the 2021 Ford Explorer lineup. Since then, we’ve spied Timberline prototypes out testing not once, but twice. And just yesterday, we reported some new, exclusive details regarding the 2021 Ford Explorer King Ranch. Now, we have spy photos of the new trim level to share as well. 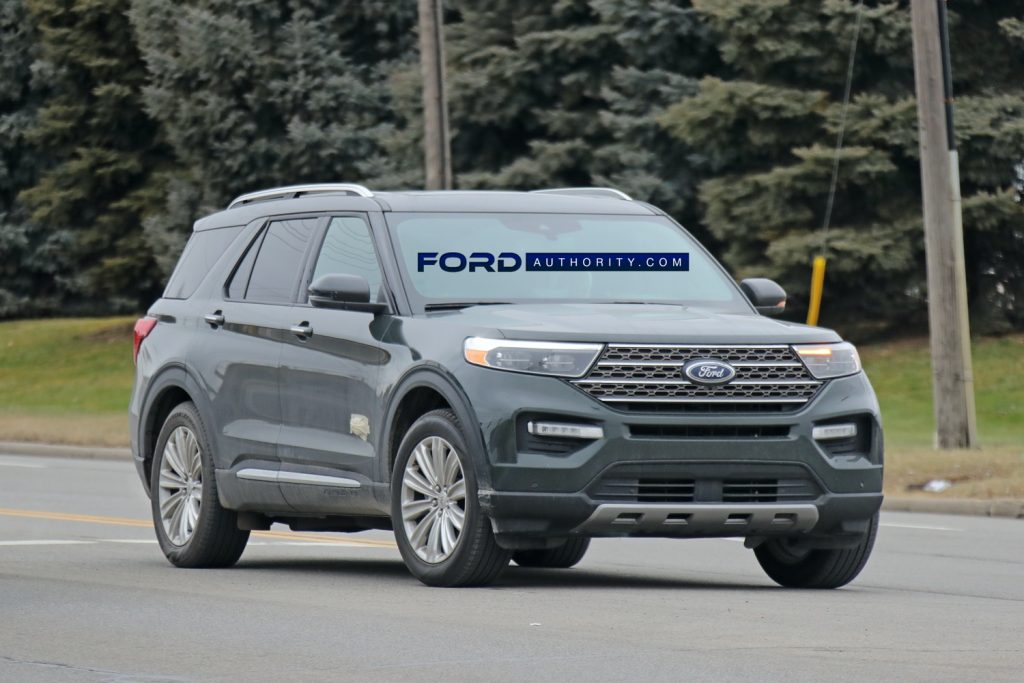 These new photos of a 2021 Ford Explorer King Ranch prototype confirm the details we reported just yesterday, including its tri-bar front grille with mesh in between the bars, which looks remarkably similar to the one present on the Explorer Limited. 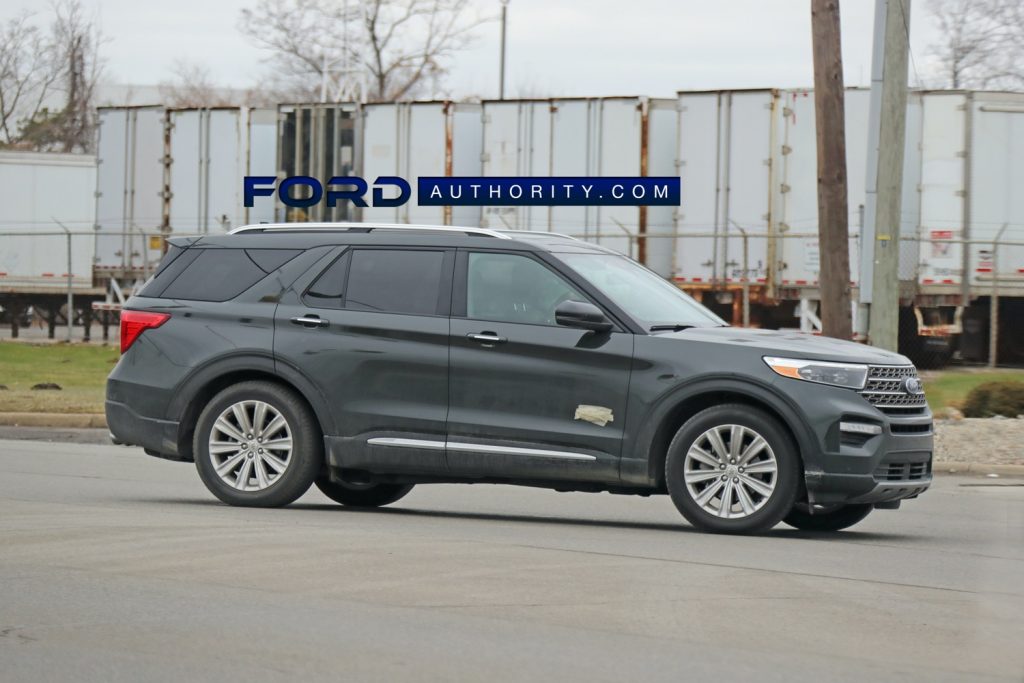 As was the case with the Timberline prototypes we’ve seen so far, the badges on this King Ranch – located on the front doors and liftgate – are also covered up. But in the rear, we can somewhat make out the familiar King Ranch logo, despite Ford’s attempts to hide it from prying eyes. 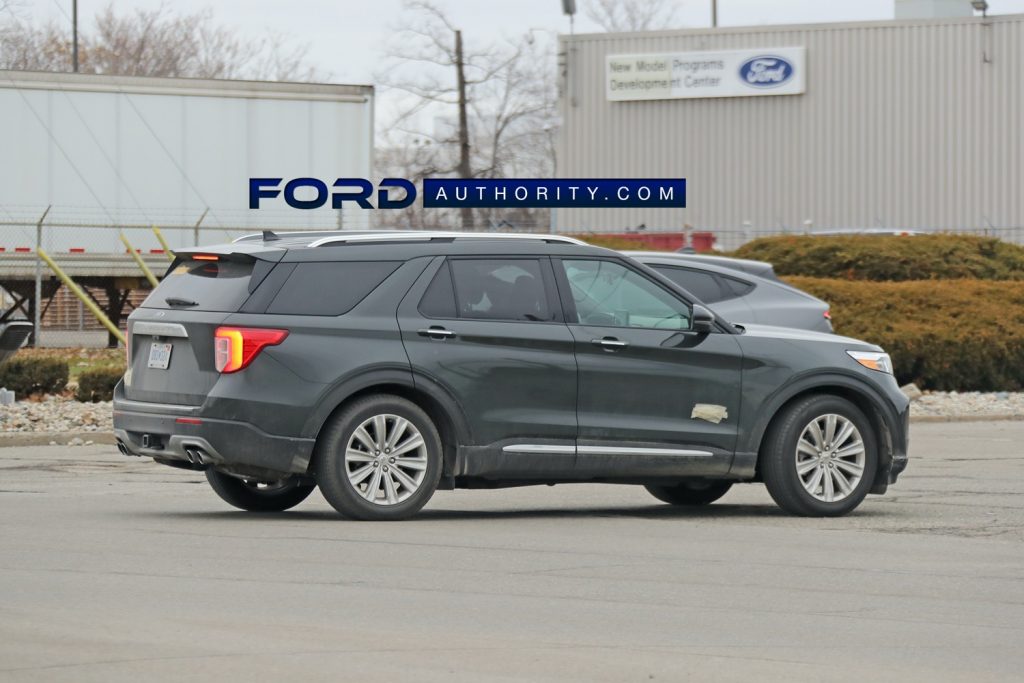 As we reported yesterday, the Explorer King Ranch features body-color door handles with a chrome trim insert, as well as a dual-tip dual exhaust that protrudes from the bottom of the rear bumper. There’s also a chrome strip along the bottom of the doors. 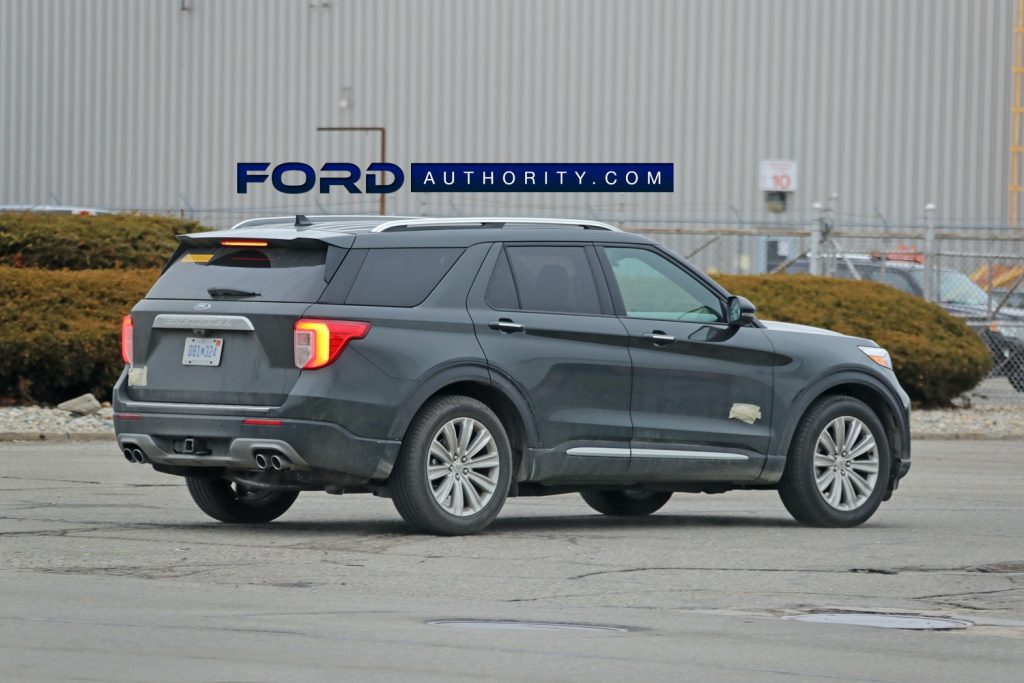 The King Ranch will be powered by Ford’s 3.0L EcoBoost V6, and will slot just above the Limited and just below the range-topping Platinum trim in the Explorer lineup. As such, it will offer more features and interior amenities and niceties compared to the Limited as well. 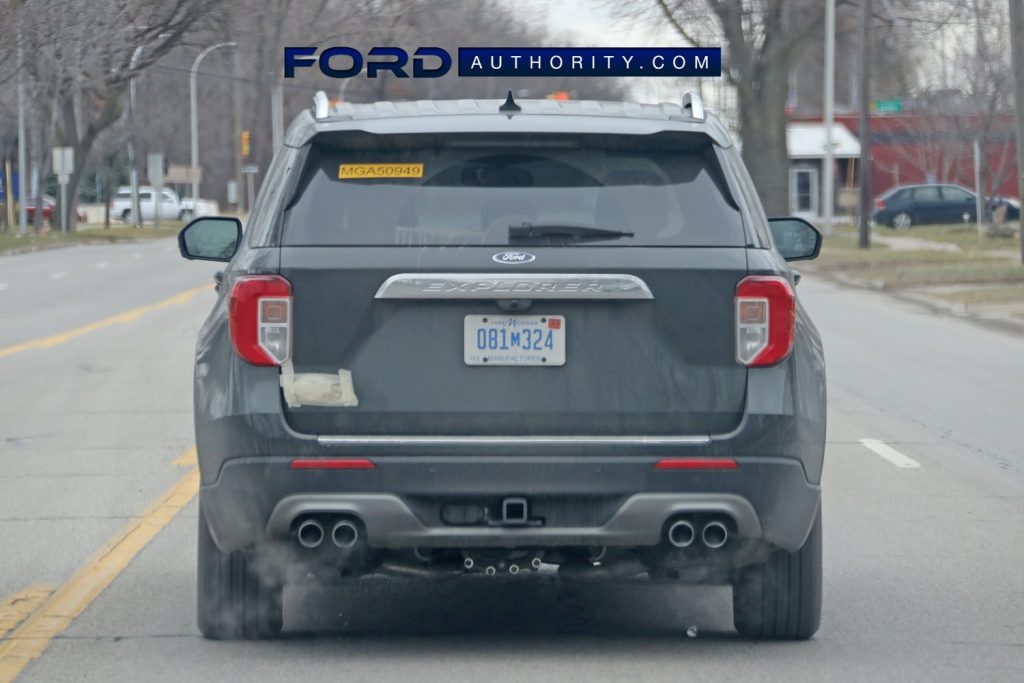 The Ford Explorer King Ranch and the new Timberline – a more off-road focused variant of Ford’s popular crossover – will round out the automaker’s North American Explorer lineup for the 2021 model year, joining the Base, XLT, Limited, ST, and Platinum. 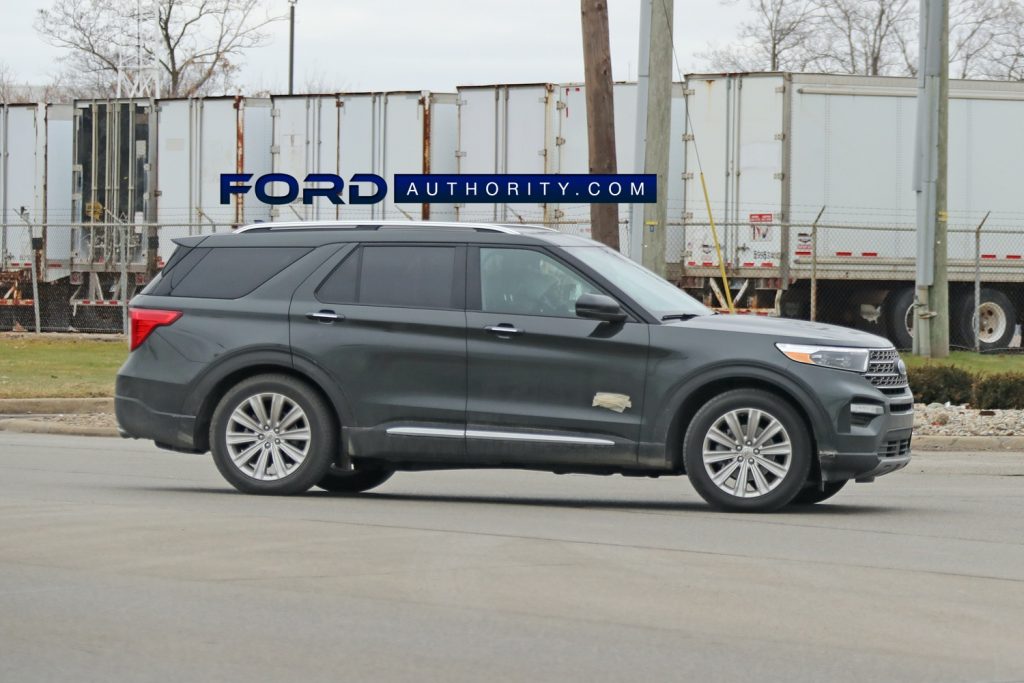 In addition to these changes, all Explorer trim levels have received a bit of a price cut for the 2021 model year. A new XLT Sport Appearance Package has also been added, while the ST is receiving a few interior enhancements for the new model year as well.

We’ll have more on the new Explorer King Ranch soon, so be sure and subscribe to Ford Authority for more Ford Explorer news and 24/7 Ford news coverage.