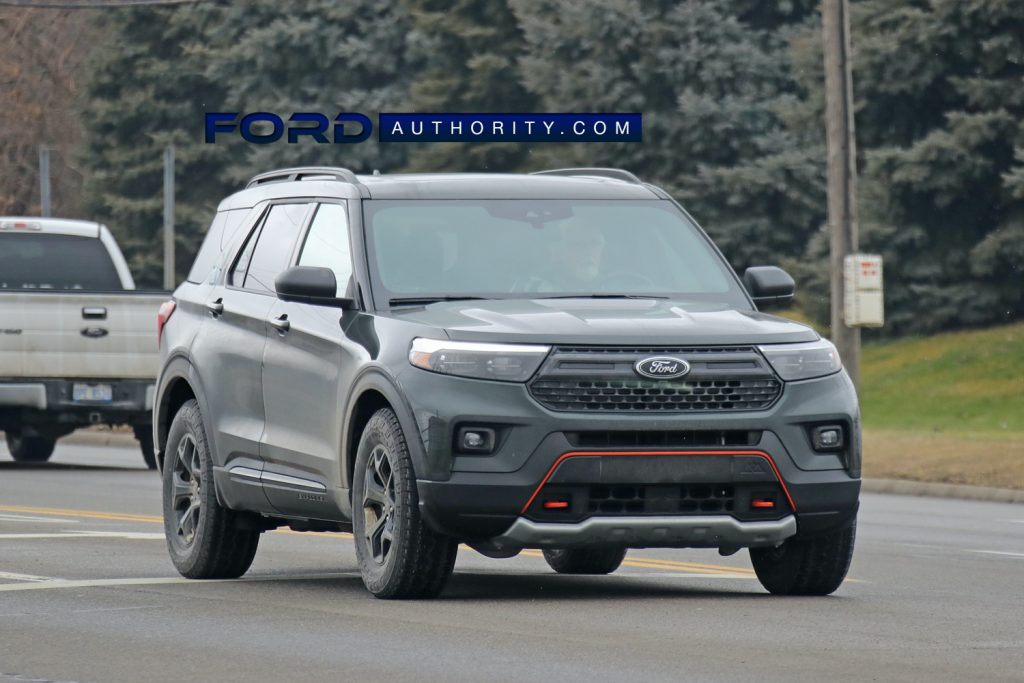 Back in July, Ford Authority spied what appeared to be some sort of off-road focused prototype of the Ford Explorer out testing. Then, we came across yet another prototype of what we thought might be an FX4 variant of the popular crossover in September. Just one month later, we reported that the Explorer would be gaining two new trim levels for the 2021 model year – King Ranch and Timberline. A couple of weeks ago, we spied a pair of 2021 Ford Explorer Timberline prototypes that were completely devoid of any sort of camouflage. Now, we’ve got even more photos of these prototypes to share. 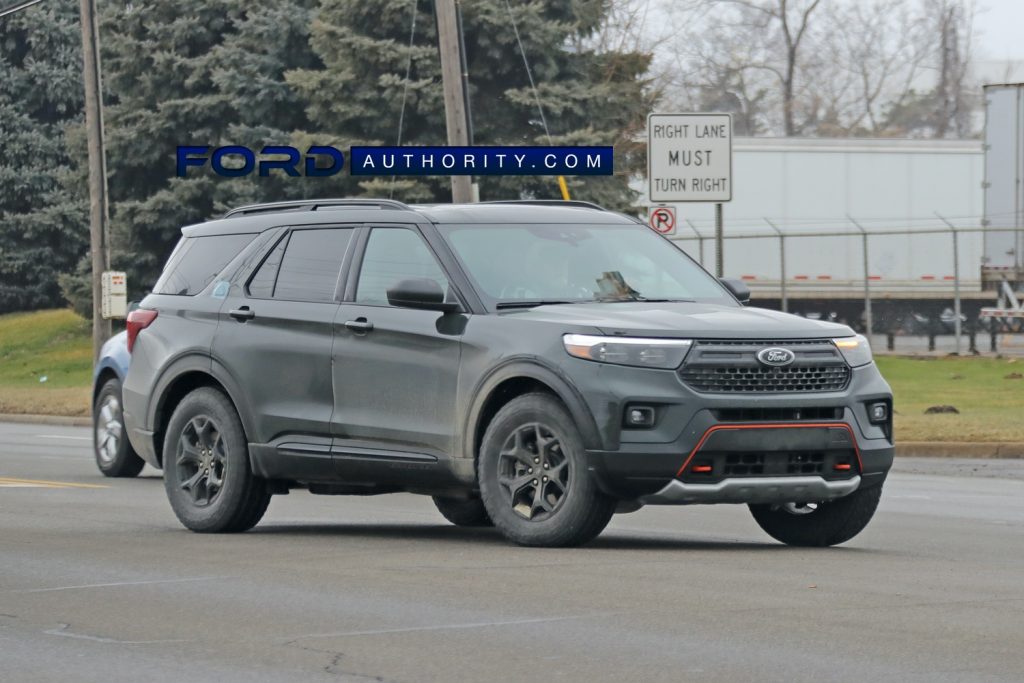 These models are very similar to the ones we spied just weeks ago, except this time, they’re not loaded on a trailer. As was the case before, the lack of camo gives us a good look at the 2021 Ford Explorer Timberline and its many distinct styling features, including a unique grille design with a single bar that runs the entire width of the grille. 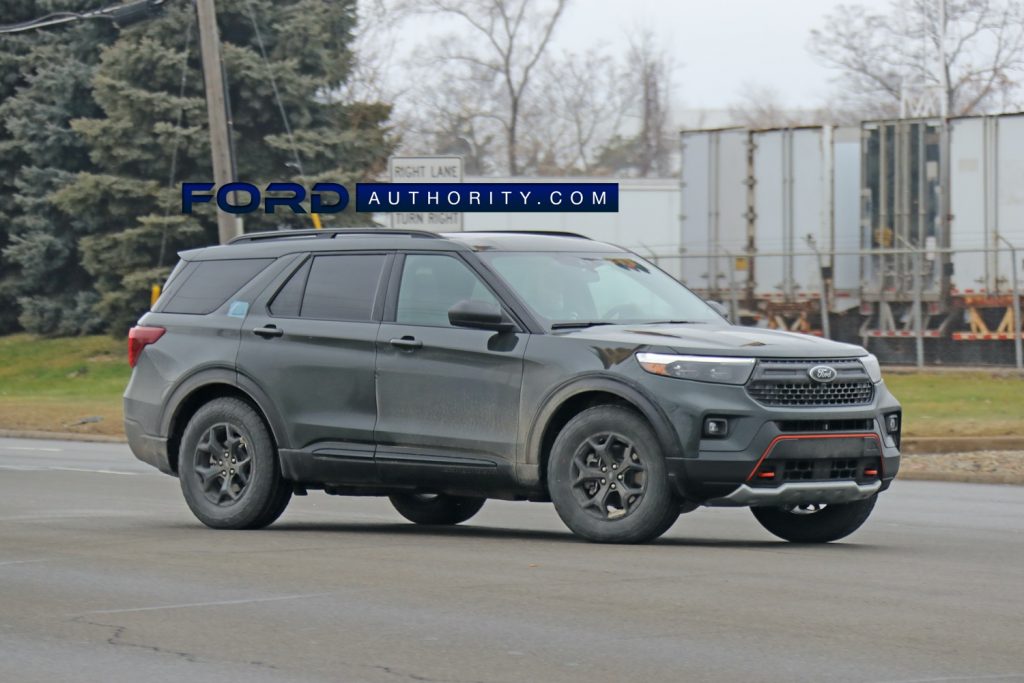 Unlike other Explorer models, the Timberline does not have the “Explorer” script that typically runs across the bottom of the hood. The foglights are a completely new design, replacing the thin, rectangular units present on the regular Explorer with more rugged, square fog lights. 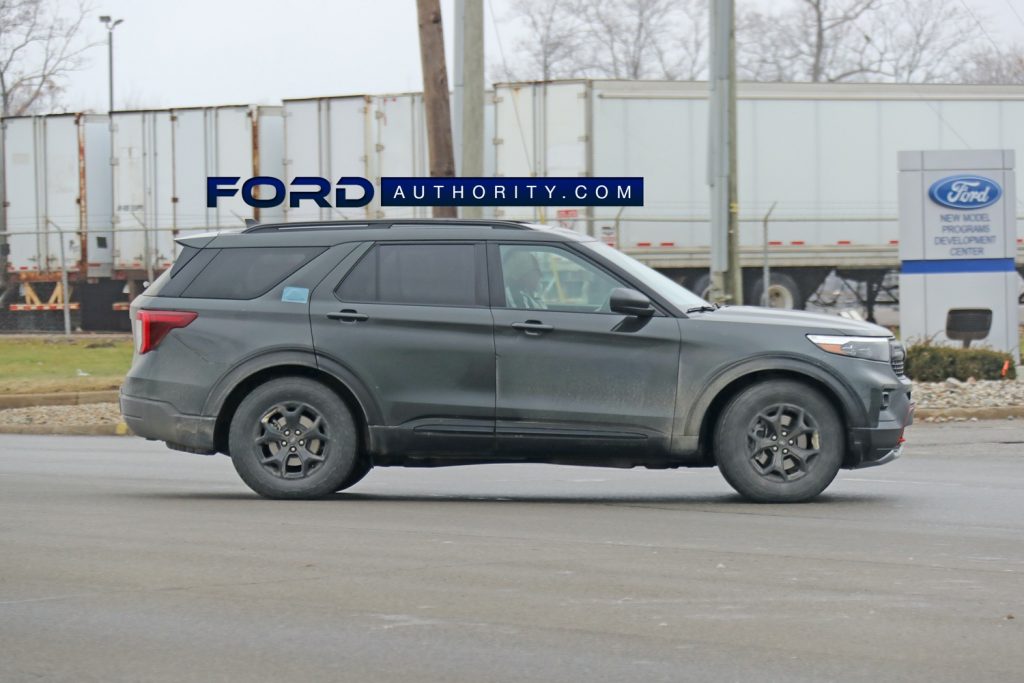 The lower grille features a revised design that helps improve the crossover’s approach angle for off-roading purposes and is punctuated by an orange line, similar to the one present on the 2021 Ford F-150 Tremor. Capping off the front end changes is the addition of a set of matching orange tow hooks and a new logo just above the driver’s side tow hook that’s designed to look like a mountain range. 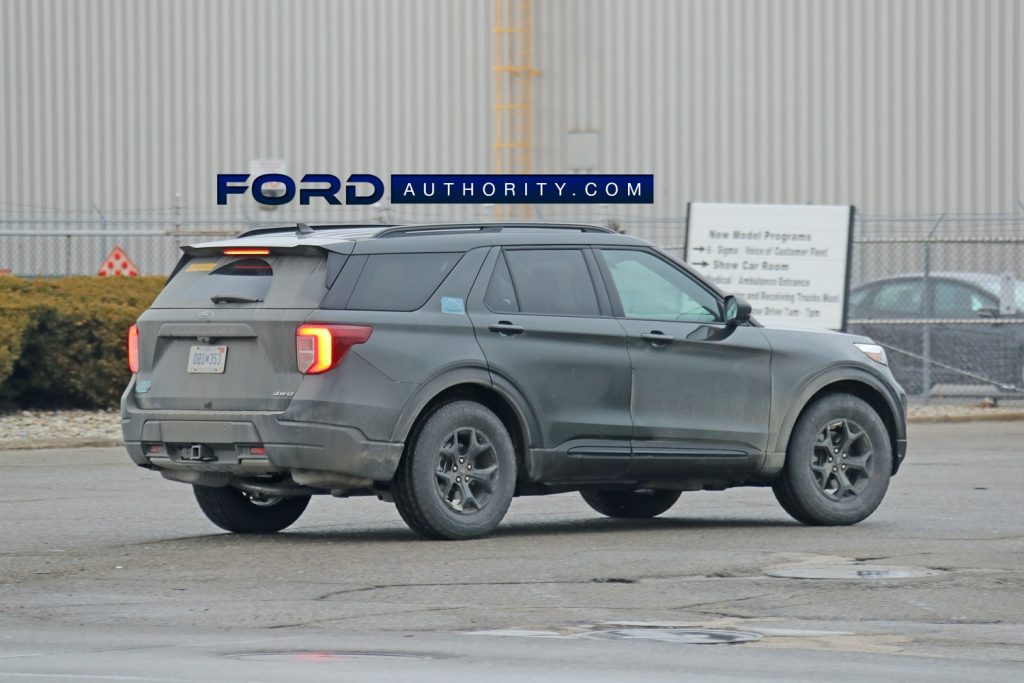 The Timberline is equipped with a set of what appears to be 18-inch black wheels that look similar to the ones available on the Ford Bronco Sport Badlands, which are wrapped with Bridgestone Dueler all-terrain tires. The rear bumper has been redesigned to improve the Timberline’s departure angle, while its dual exhaust has been tucked underneath for the same reason.

Interestingly, the Timberline wears a “4WD” badge on the rear liftgate, even though the Explorer comes in an all-wheel-drive configuration. Finally, there are additional badges present on the C-pillar and liftgate which have been covered up, though we can presume they are Timberline badges. 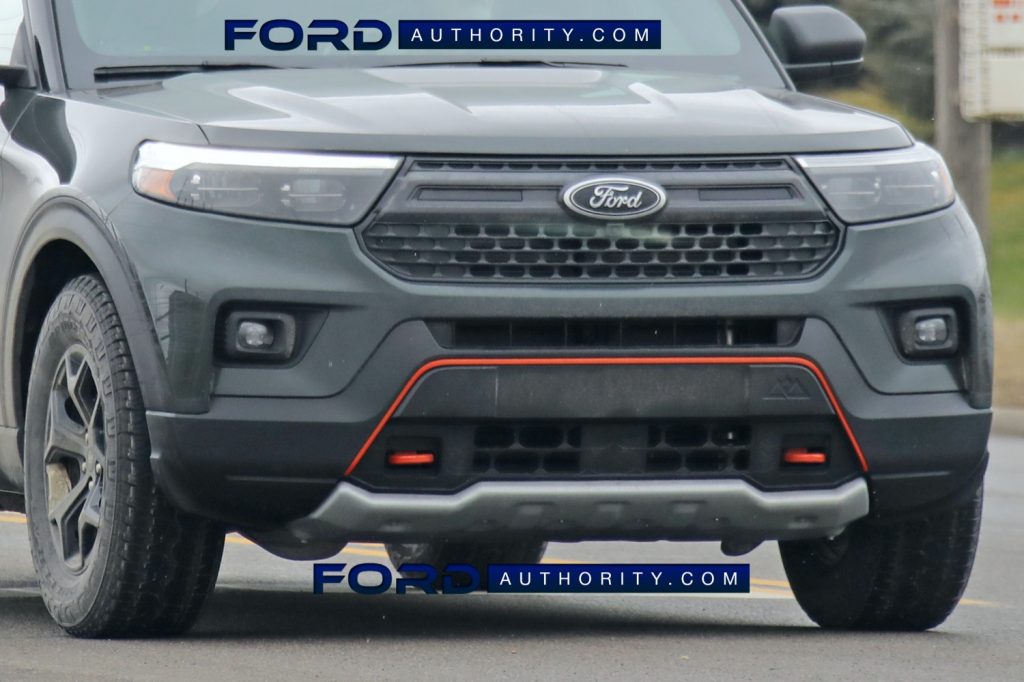 We expect the Explorer Timberline to launch very soon for the 2021 model year as a rugged variant of Ford’s long-running crossover, essentially as an off-road-focused version of the Explorer ST. Like all other Explorer variants, it will be produced at the Ford Chicago Assembly Plant.

We’ll have more on the Explorer Timberline soon, so be sure and subscribe to Ford Authority for more Ford Explorer news and ongoing Ford news coverage.