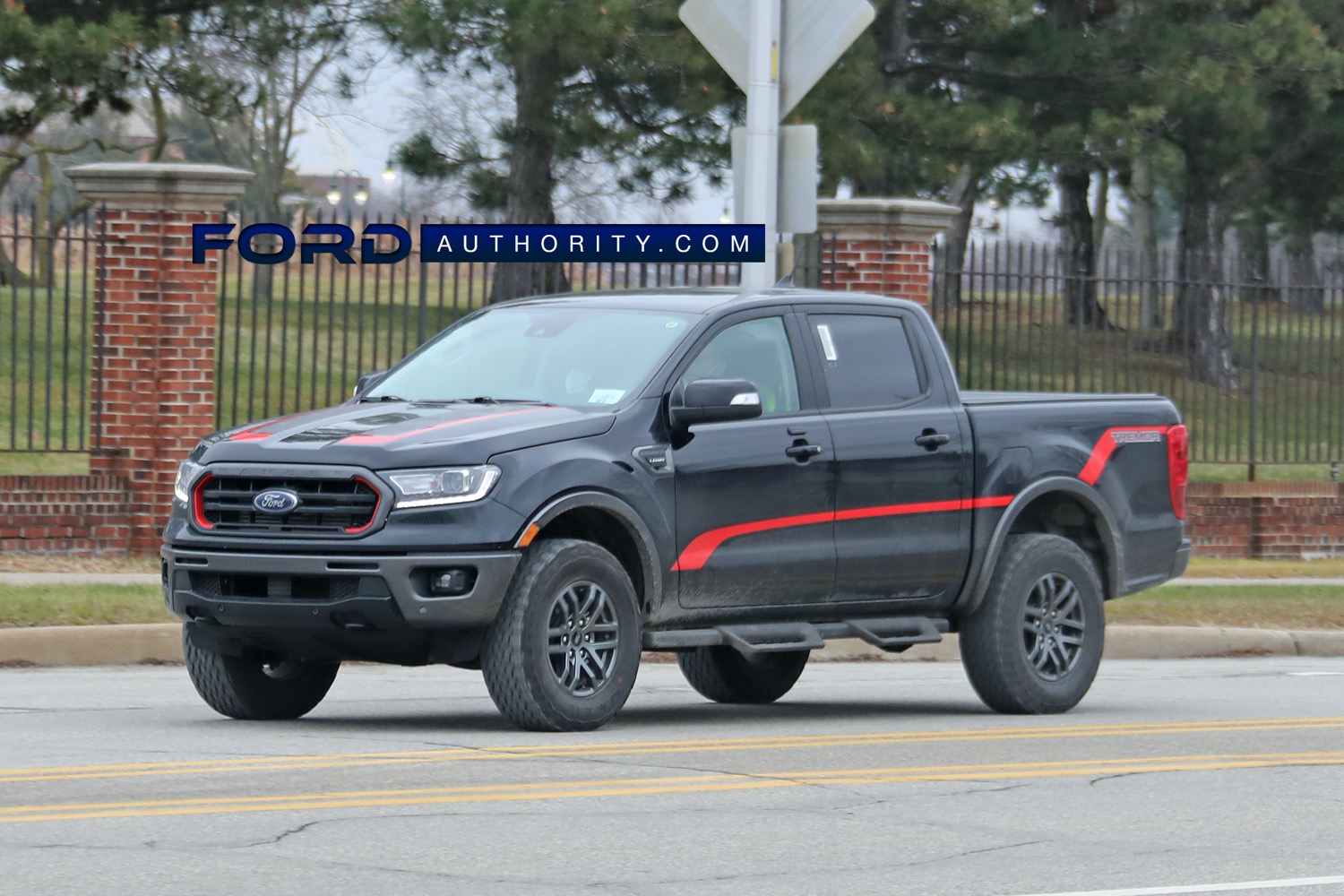 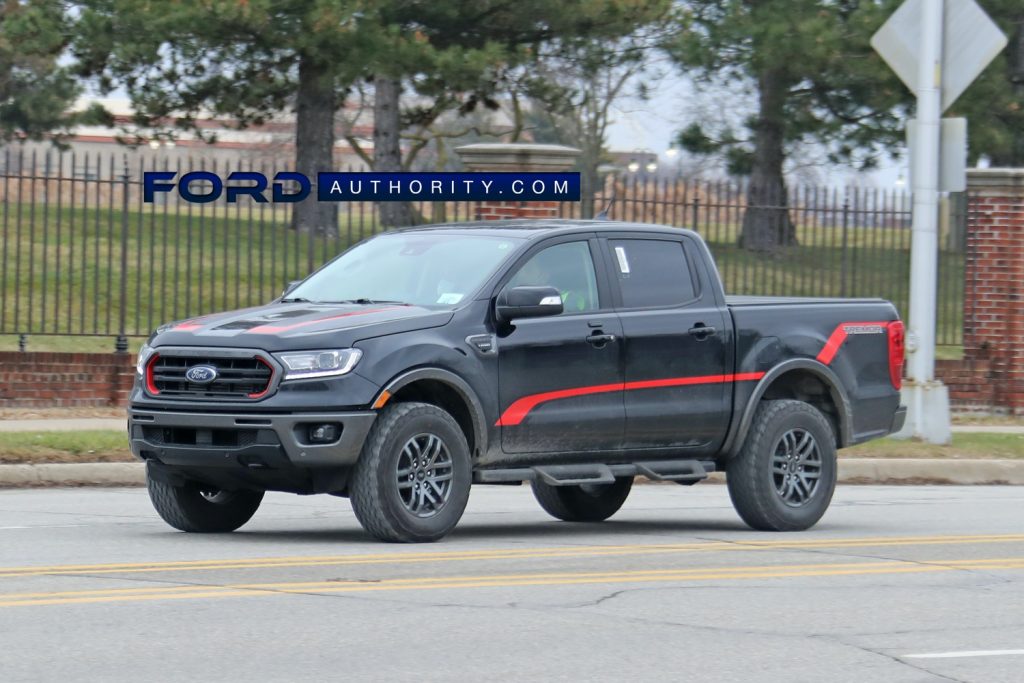 This particular Ranger Tremor is painted Shadow Black and is equipped with the optional Tremor hood and bodyside graphics package, which adds contrasting red accents to the pickup. 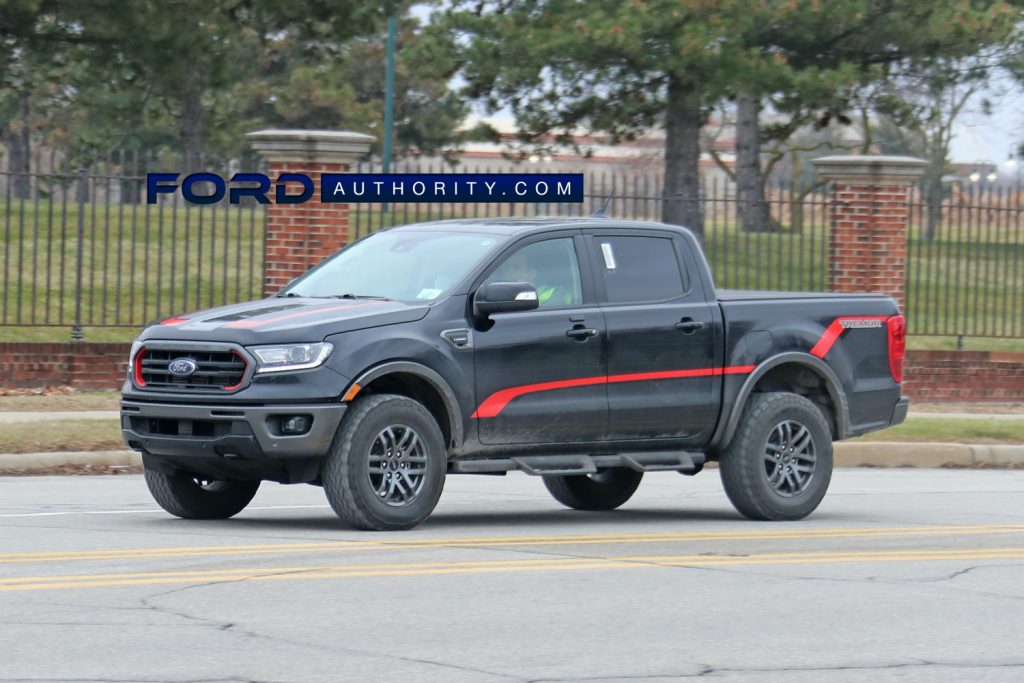 The Tremor package adds a number of additional styling features as well. That starts up front, with a front grille that features a Magnetic-painted surround with black bars running across the middle and red nostril accents in the corners. There are two recovery hooks located below the front bumper as well. 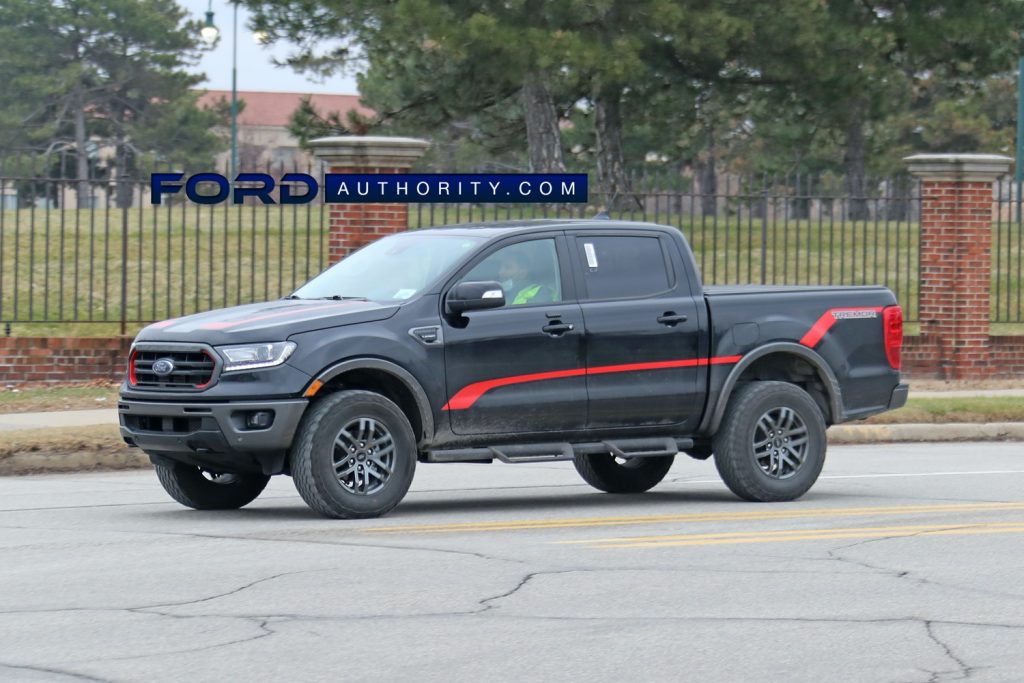 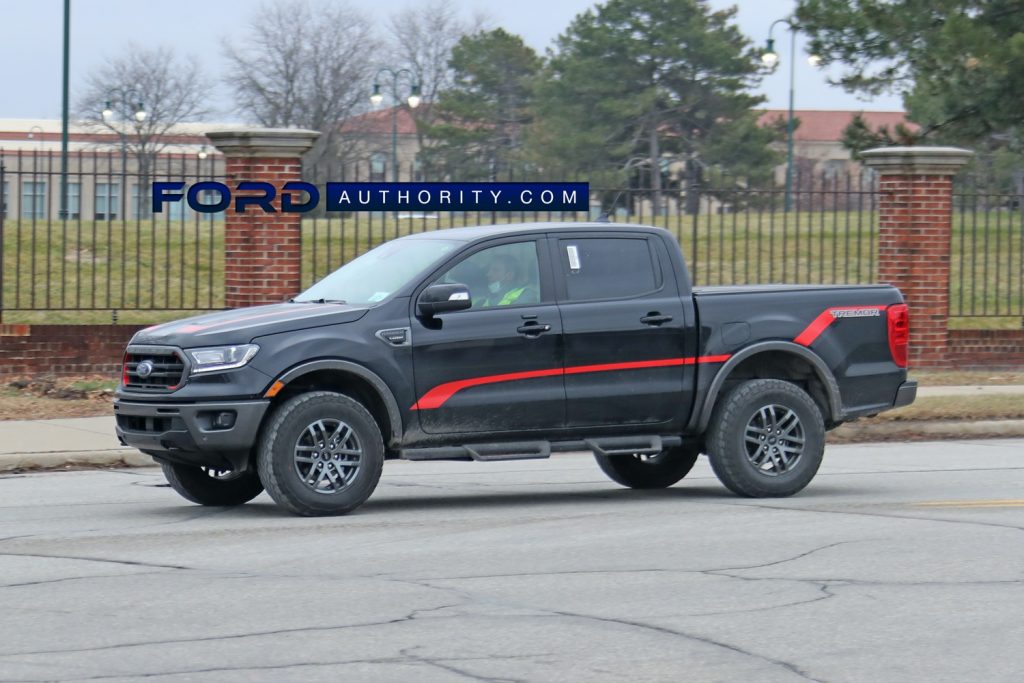 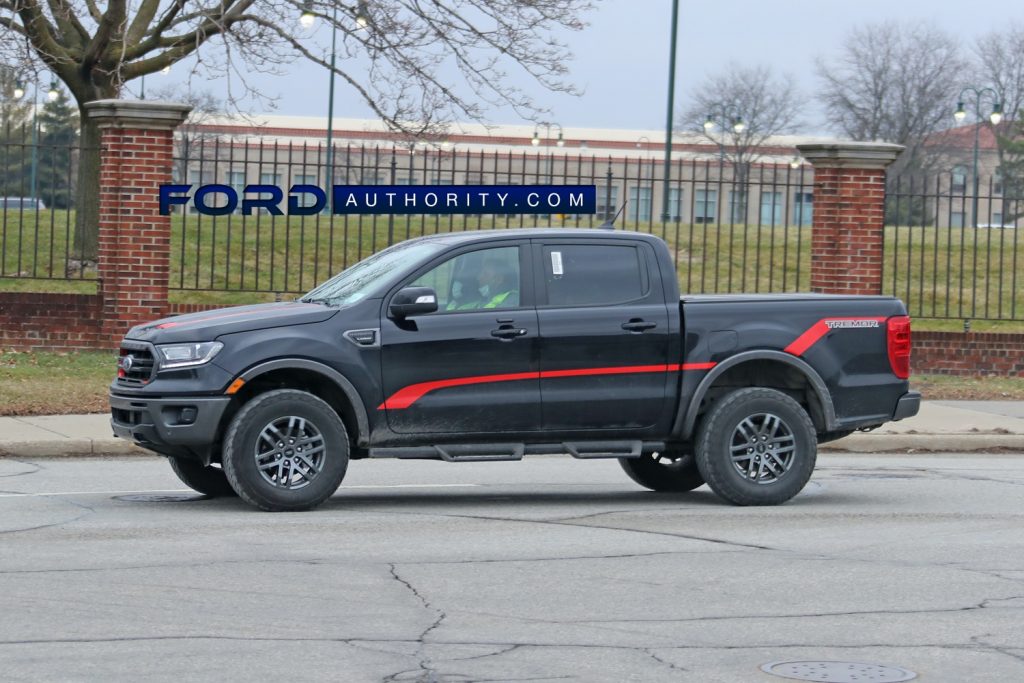 Meanwhile, the Ranger Tremor sits a bit higher thanks to a 20mm (roughly 0.8 inches) lift at the front and rear, courtesy of redesigned springs, as Ford Authority previously reported. 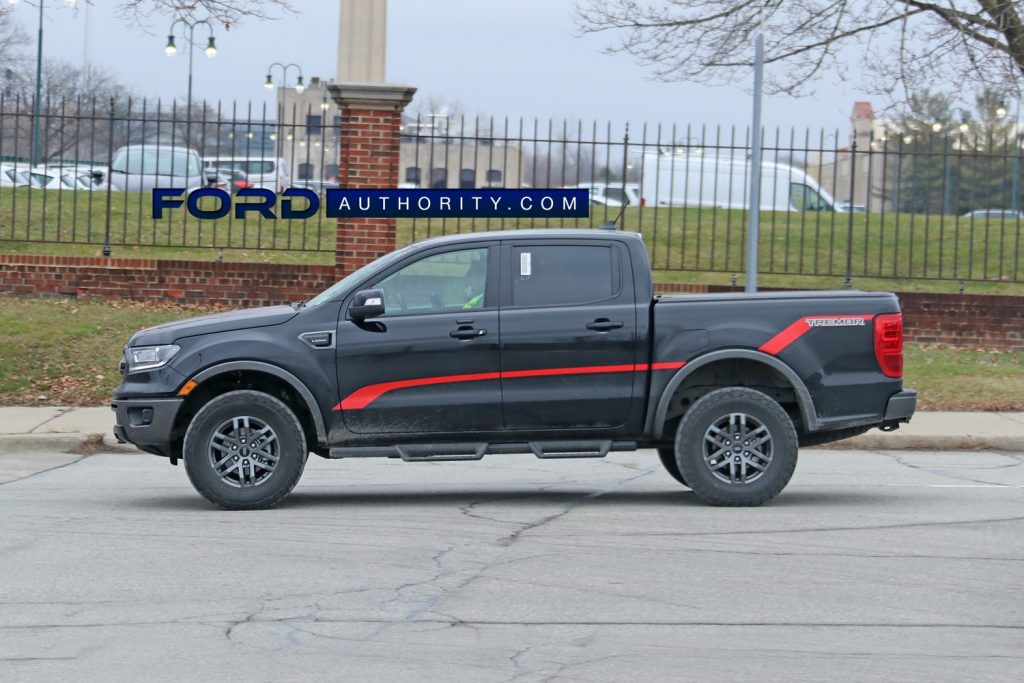 That gives the Ranger Tremor 9.7 inches of ground clearance, a 31-degree approach angle, a 26.6-degree departure angle, and a 24.2 degree breakover angle. 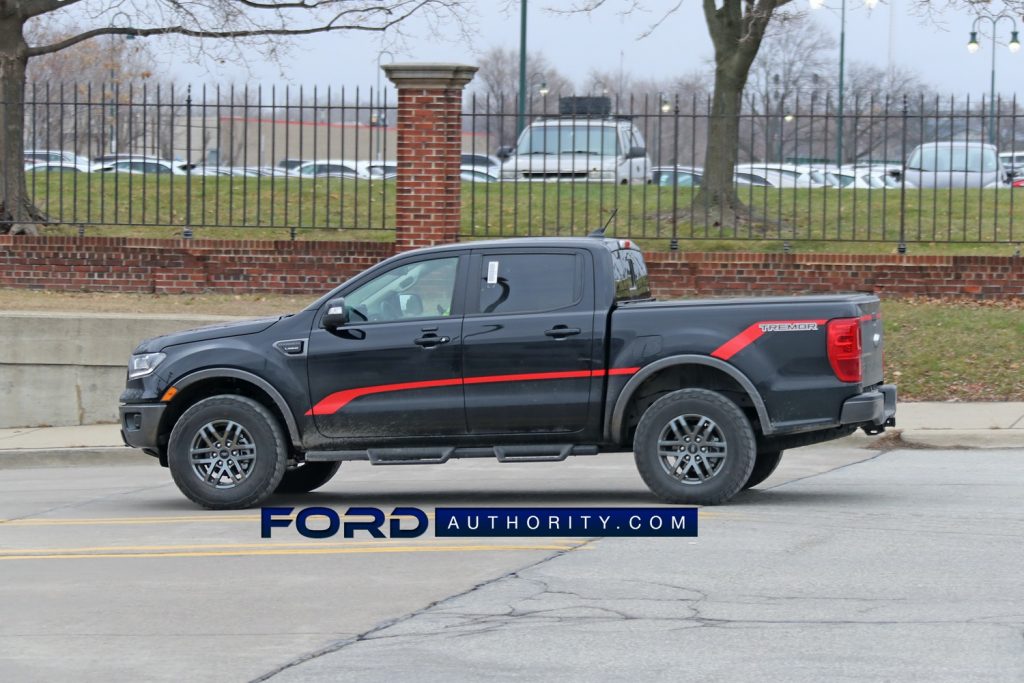 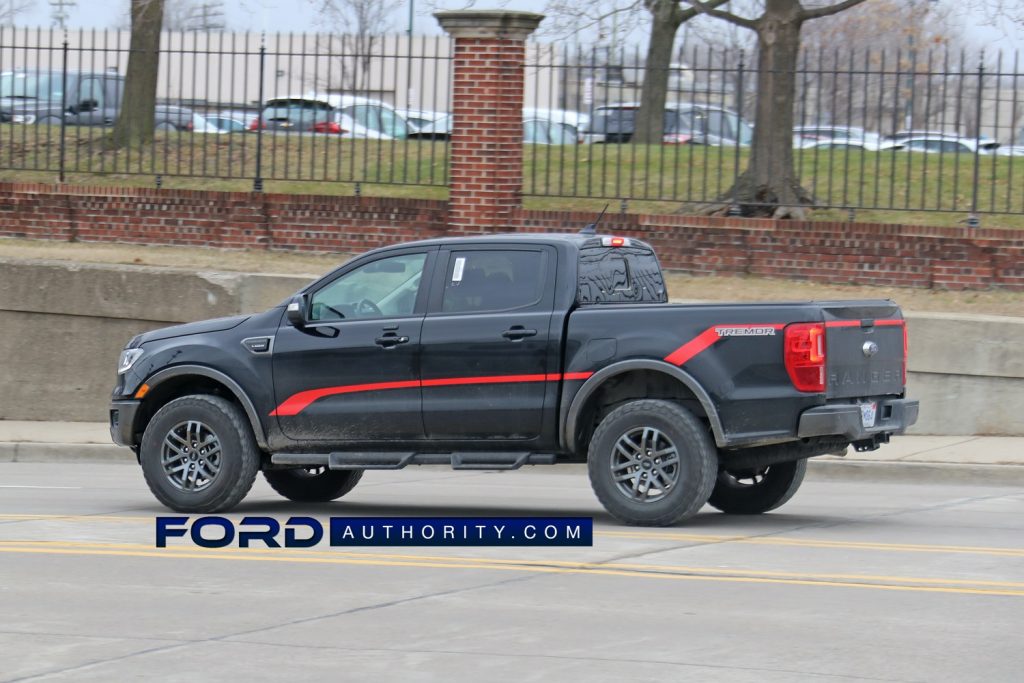 Finally, the Ranger Tremor has two additional recovery hooks located in the rear. The 2021 Ford Ranger Tremor off-road package will be available on mid-range XLT and range-topping Lariat 2021 Ranger trucks in the SuperCrew 4×4 configuration. Package pricing is $4,290 MSRP. 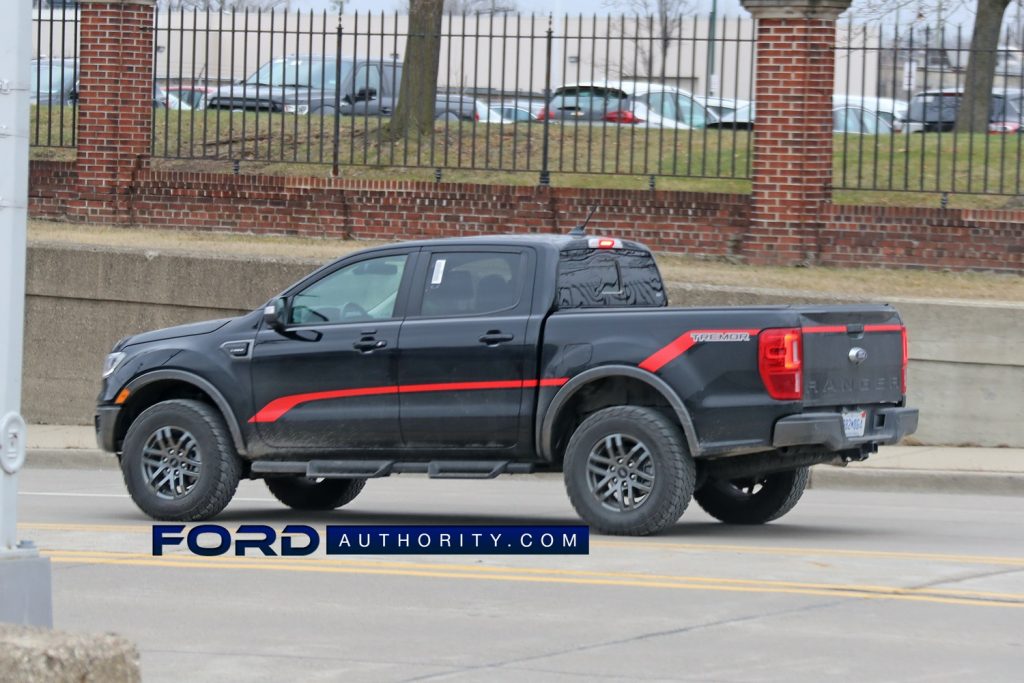 Like all 2021 Rangers for North America, models equipped with the Tremor package will be built at the Ford Michigan Assembly Plant in Wayne, Michigan, with production slated to begin in early 2021.