The Grand Cherokee lineup is set to receive its most substantial update in roughly a decade in the form of the all-new 2021 Jeep Grand Cherokee L. Set to launch in Q2 2021, the completely redesigned model will battle with the 2021 Ford Explorer as a three-row crossover. The current generation two-row Grand Cherokee will coexist with its newer sibling until later this year when its replacement arrives.

It is the first of a trio of three-row utility vehicles planned by Jeep, as the brand is also gearing up to introduce a Ford Expedition and Lincoln Navigator competitor in the near future, called Jeep Wagoneer and Grand Wagoneer, respectively. 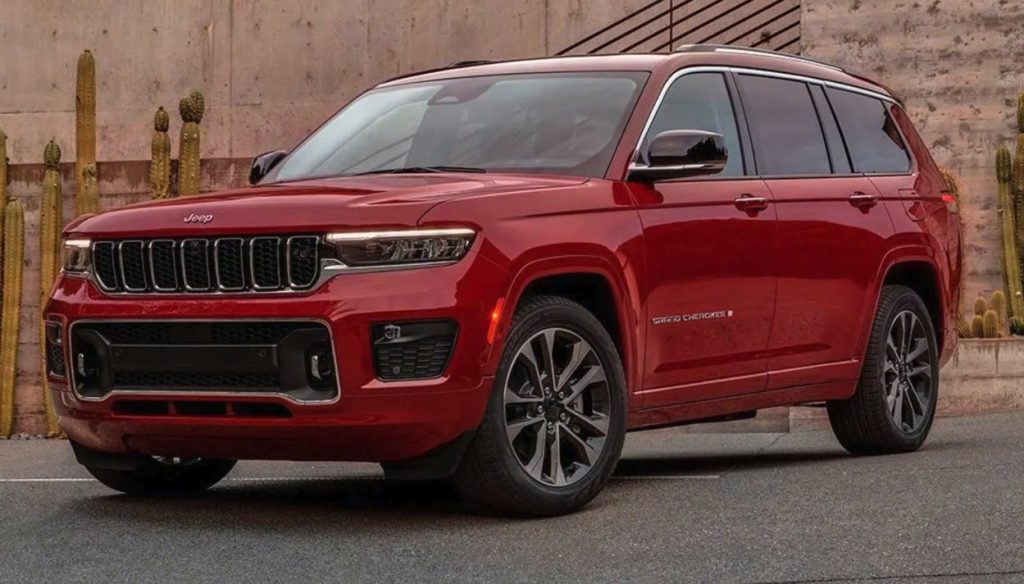 Unsurprisingly, the 2021 Jeep Grand Cherokee inherits much of its visual DNA from past models. Jeep’s head of exterior design cited various long-gone Jeeps as inspiration for the new model, including the Jeep CJ, 1984-2001 Jeep Cherokee, and Jeep Wagoneer, although it appears that designers also borrowed heavily from the current Grand Cherokee as well.

At launch, the new Grand Cherokee will be offered with two naturally aspirated gasoline engines, starting with the Pentastar 3.6L V6, rated at 290 horsepower and 257 pound-feet of torque. An optional Hemi 5.7L V8, good for 357 horsepower and 390 pound-feet of torque, is available on higher trims. Both motors will be paired to an eight-speed automatic transmission. Both of the powertrains are carryovers from the current generation model. 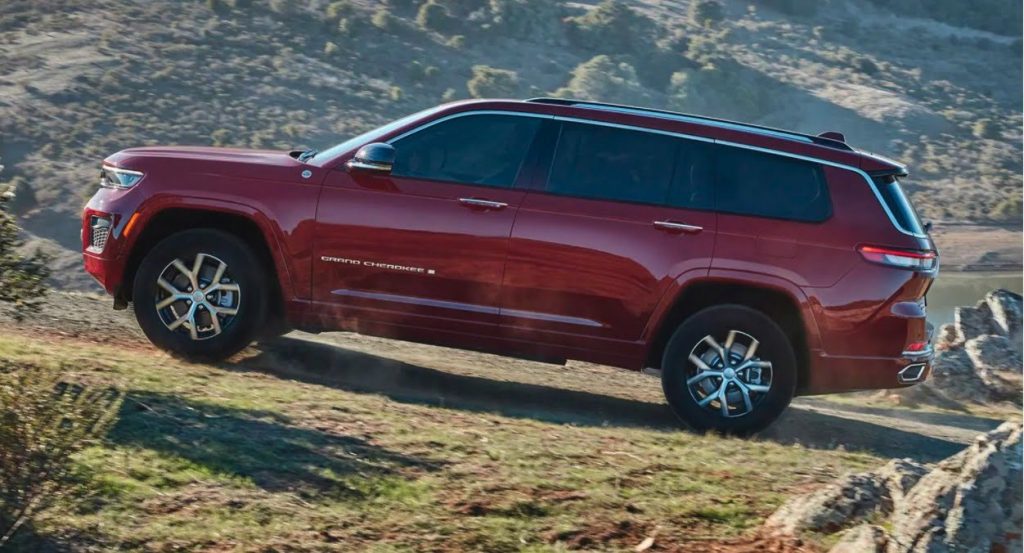 Underpinning the 2021 Jeep Grand Cherokee L is an all-new, rear-wheel drive unibody platform derived from the Giorgio platform under the Alfa Romeo Stelvio. That said, the Grand Cherokee builds on that architecture by offering several different all-wheel drive systems, all of which boast an active transfer case that can send nearly all torque to whatever axle has the least traction. The Quadra-Trac II and Quadra-Drive II four-wheel drive systems feature a two-speed transfer case, with the latter also boasting an electronic limited-slip differential.

Although the new three-row Grand Cherokee will be a less capable rock-crawler due to its lengthy wheelbase, it stills feature an off-road oriented suspension geared toward off-asphalt treks. An optional air suspension with five height settings gives the 2021 Jeep Grand Cherokee L between 6.5 and 10.9 inches of ground clearance. The system is also equipped with adaptive dampers. 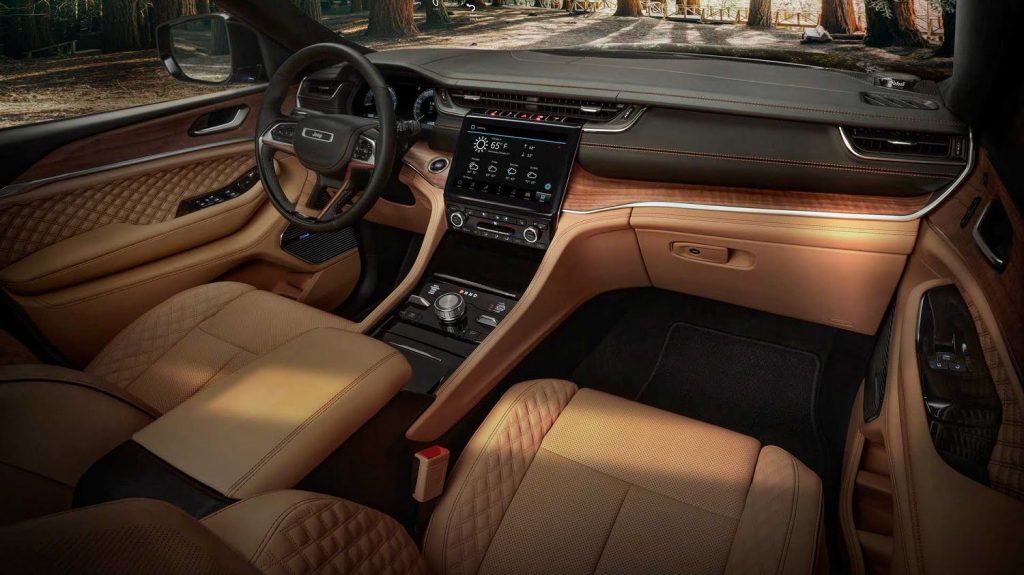 At launch, the 2021 Jeep Grand Cherokee L will be available in four trims: Laredo, Limited, Overland, and Summit. An 8.4-inch touchscreen featuring the new Uconnect 5 infotainment system will be standard while a 10.1-inch touchscreen will be available on the Limited and Overland trims, while being standard on Summit. Wireless Apple CarPlay and Android Auto is standard across the lineup. The driver’s cockpit will feature a standard 10.3-inch digital gauge cluster.

Overall, the interior is considerably more upscale than the current model, with a host of standard and optional features designed to give the new model additional credibility on the luxury front. Every Grand Cherokee L will come standard with a customizable LED lighting system and 12 USB Type A and Type C ports. Options include 16-way power seats with massaging capability, cooled front- and second-row seats, and a 9.2-inch digital mirror. 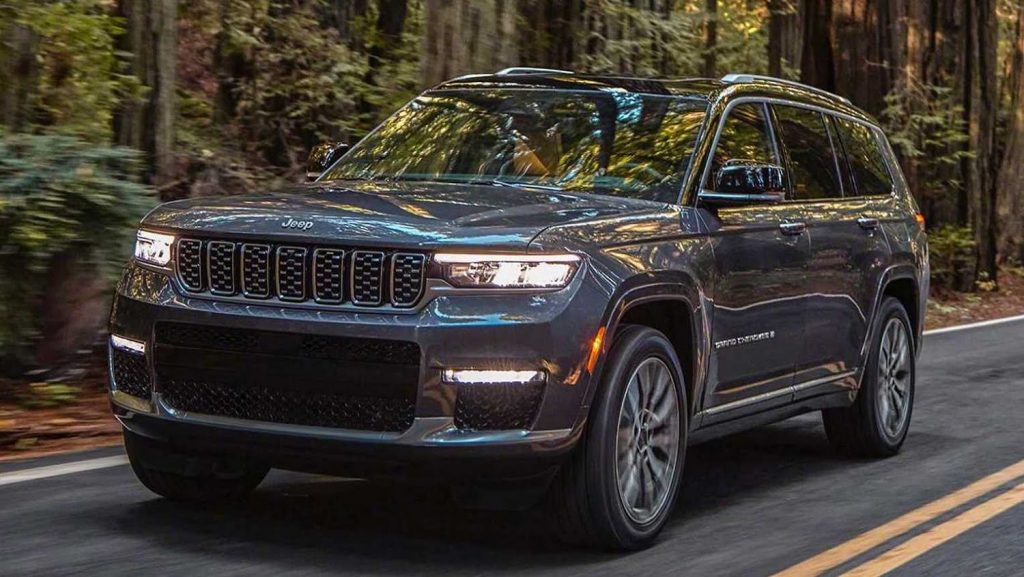 Pricing isn’t available yet, but a starting MSRP of around $40,000 wouldn’t be out of the realm of possibility. Either way, the 2021 Jeep Grand Cherokee L will offer buyers the choice of either six or seven seats (depending on configuration), which is a first for the nameplate. And when it arrives in Q2 2021, it will become a direct competitor to the Ford Explorer. Previously, the Grand Cherokee occupied the mid-size two-row segment, where it currently does battle with the Ford Edge. 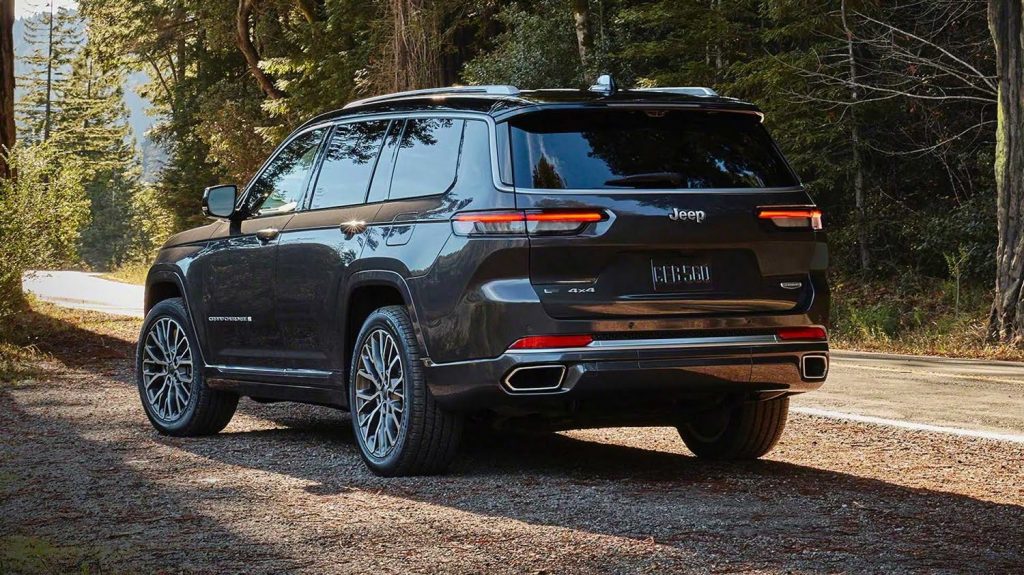 The all-new 2021 Jeep Grand Cherokee L will be built at FCA’s Mack Avenue Assembly Plant in Detroit, Michigan. Jeep will introduce the redesigned two-row variant later this year, likely for the 2022 model year.

We’ll continue reporting on the latest Ford and Lincoln competitors, so be sure to subscribe to Ford Authority for continuous Ford news coverage.