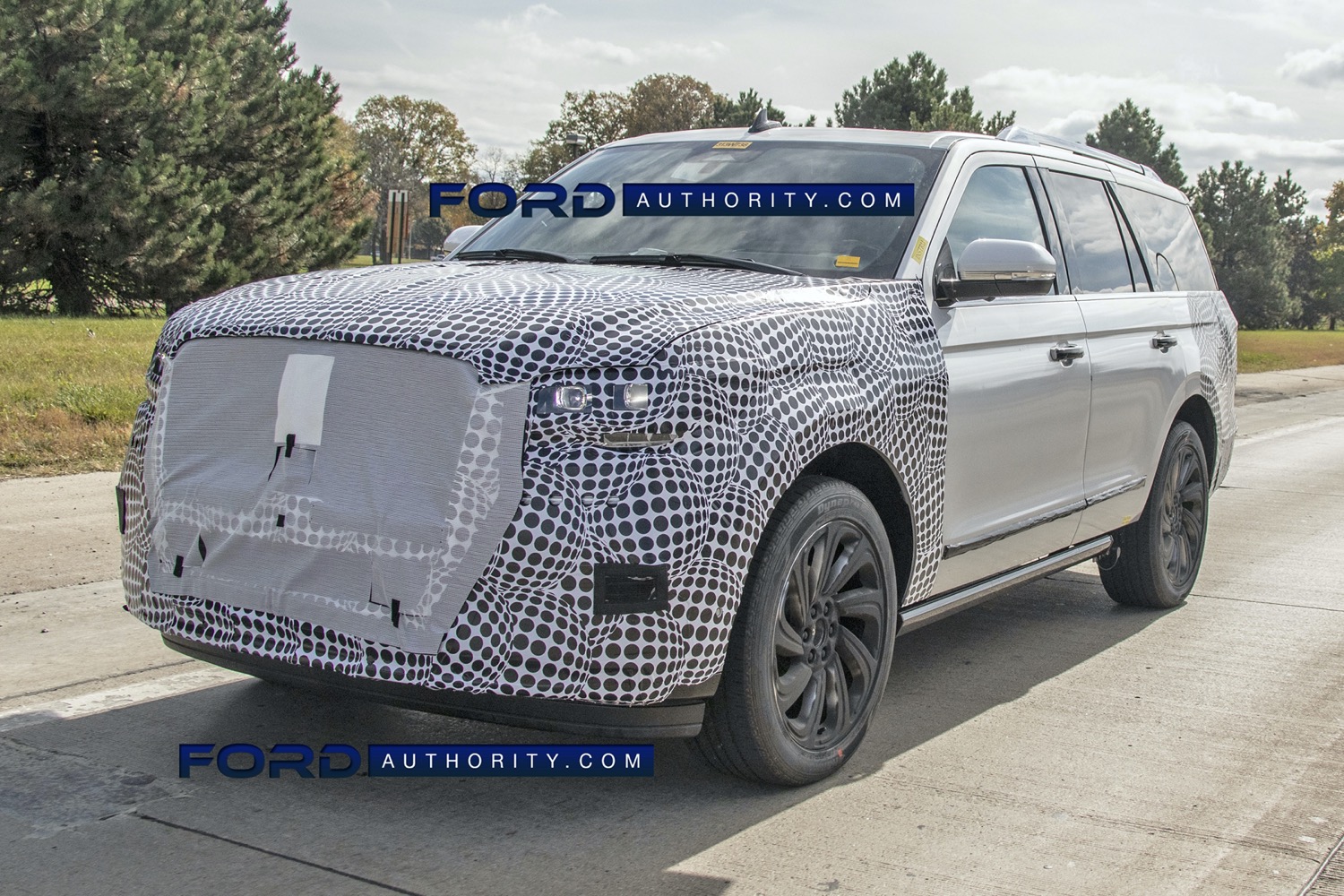 Back in October of last year, we spied a 2022 Lincoln Navigator prototype out testing wearing heavy camouflage. While those photos gave us a good look at the exterior of the refreshed Navigator, we weren’t able to see the interior. However, Ford Authority has learned from its sources that the 2022 Navigator will be sporting a new infotainment screen inside its refreshed cabin. 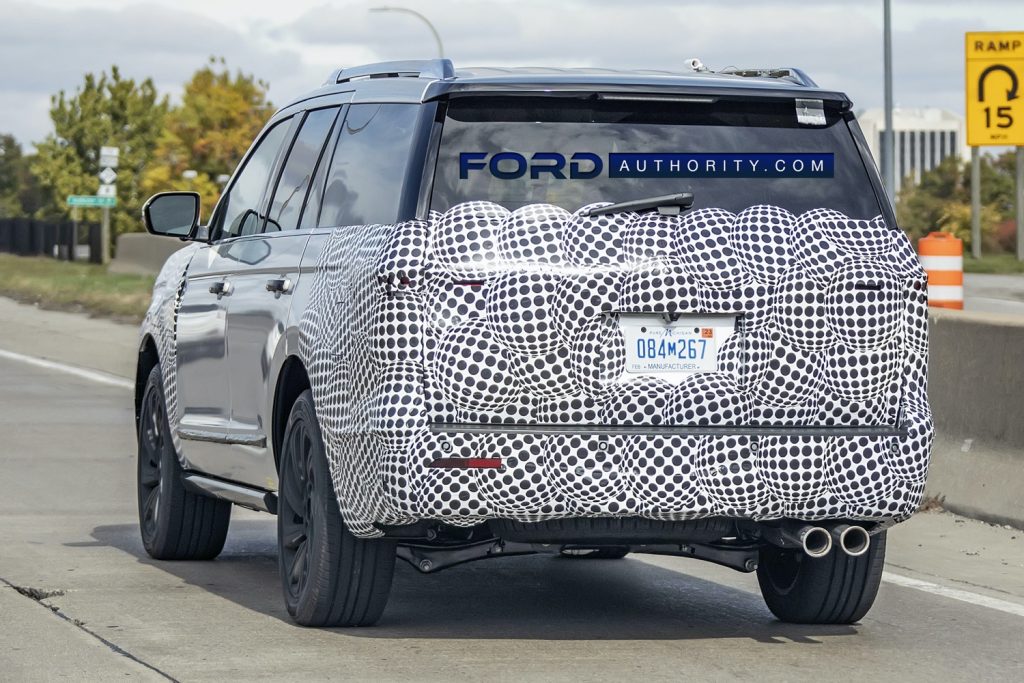 That screen will be significantly sized and horizontally mounted, somewhat like the infotainment screen present in the all-new 2021 Cadillac Escalade – the Navigator’s chief rival. The new screen will retain the outgoing model’s pop-up style display but will add around two to three inches on each side to make it considerably larger.

What’s particularly notable about this new screen is that it varies greatly from the one we saw in the 2022 Ford Expedition prototype we spied testing last November. That prototype had a very large, vertically-oriented screen that looks identical to the 15.5-inch unit present in the 2021 Ford Mustang Mach-E. Instead of switching to this new vertical layout to retain consistency between the two models, Ford will retain the horizontal layout in the refreshed Lincoln Navigator. 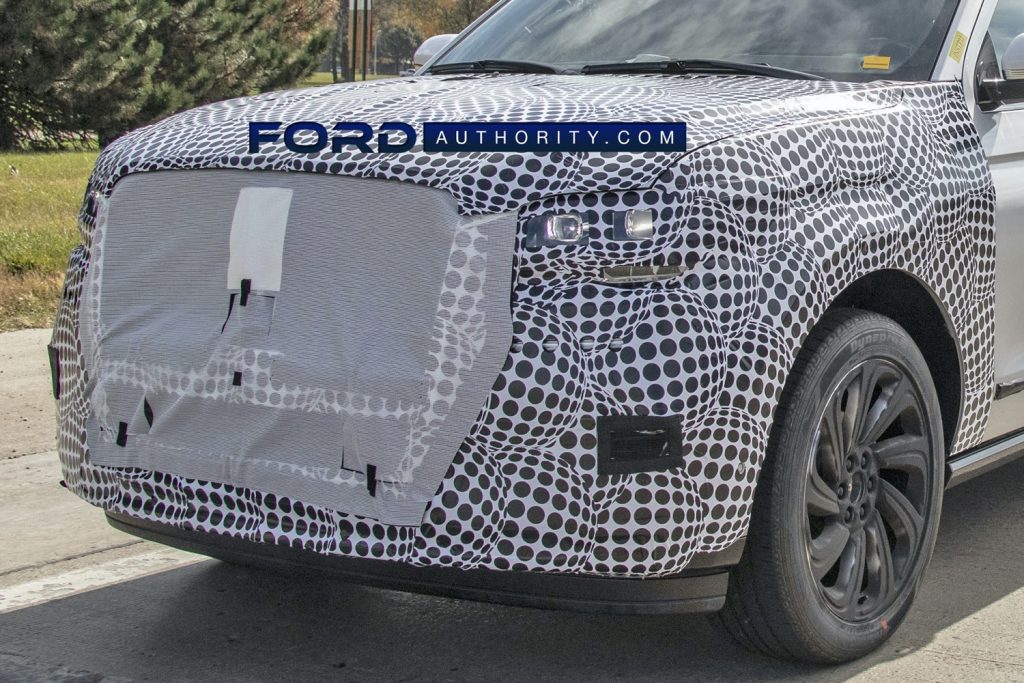 In addition to new infotainment screens, both the 2022 Lincoln Navigator and Ford Expedition will be available with Ford’s new 3.5L PowerBoost V6 hybrid that debuted in the 2021 Ford F-150. Both will also receive styling tweaks for both the front and rear ends, while the Navigator will get a larger front grille. 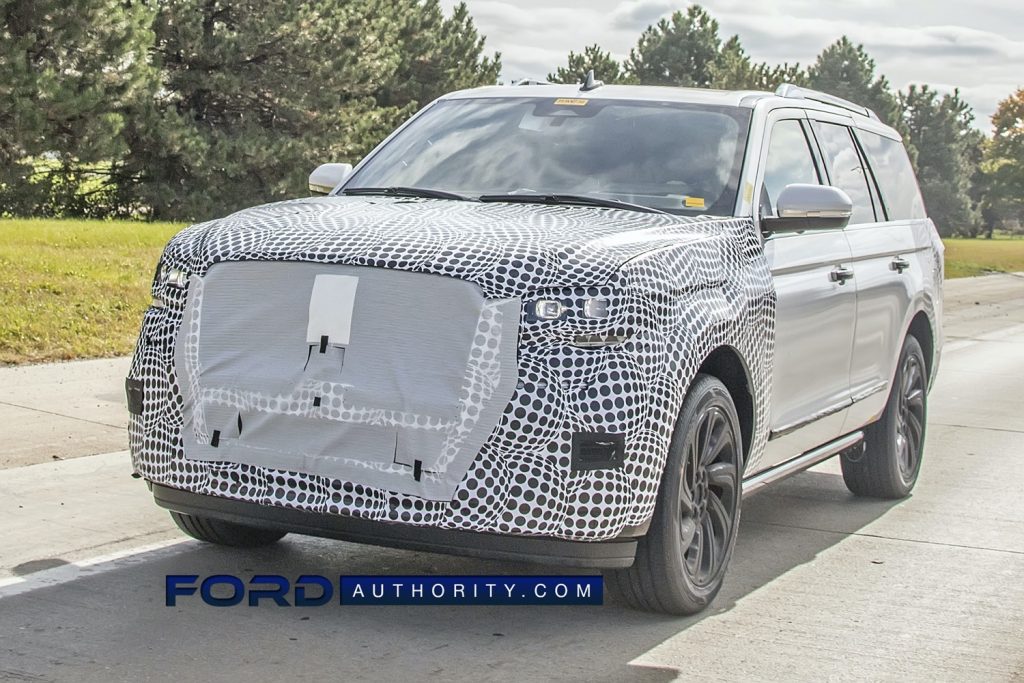 The fourth-generation Lincoln Navigator rides on the same Ford T3 platform as its platform-mate, the Ford Expedition, and the Ford F-150. The current model is offered in both short- and long-wheelbase Navigator L and rear- or all-wheel-drive configurations and is powered by Ford’s 3.5L EcoBoost V6 that produces 450 horsepower and 510 pound-feet of torque, mated to a 10-speed automatic transmission.

We’ll have more on the 2022 Navigator very soon, so be sure to subscribe to Ford Authority for more Lincoln news, Lincoln Navigator news, and non-stop Ford news coverage.