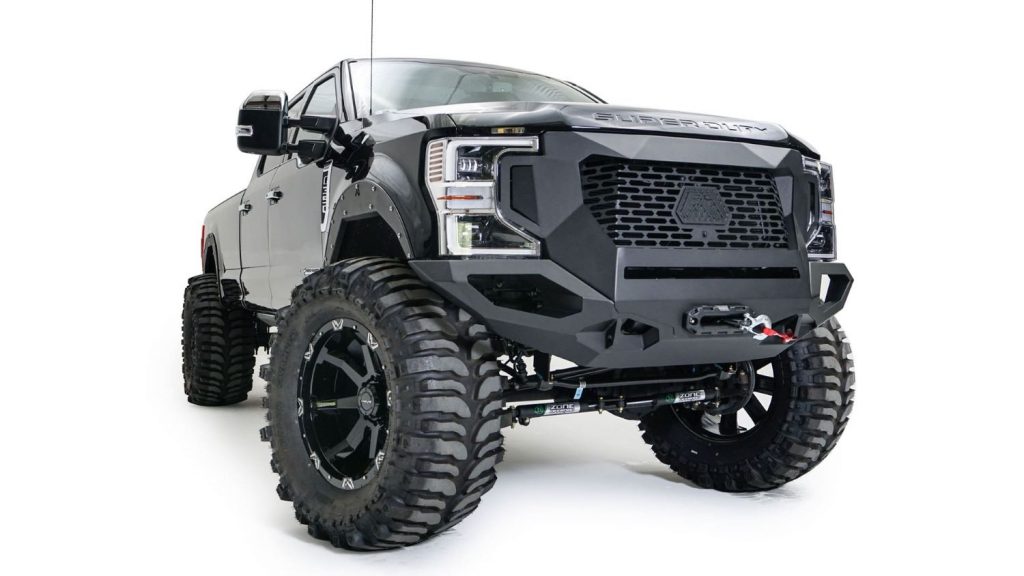 Ford Super Duty owners have a plethora of aftermarket grilles and bumpers to choose from, ranging from mild to wild. But one of the newest offerings on the market – the Fab Four Grumper 2.0 – most certainly falls in the latter category. The Grumper 2.0, which is actually both a bumper and a grille, completely transforms the look of a Super Duty, giving it a decidedly aggressive face. 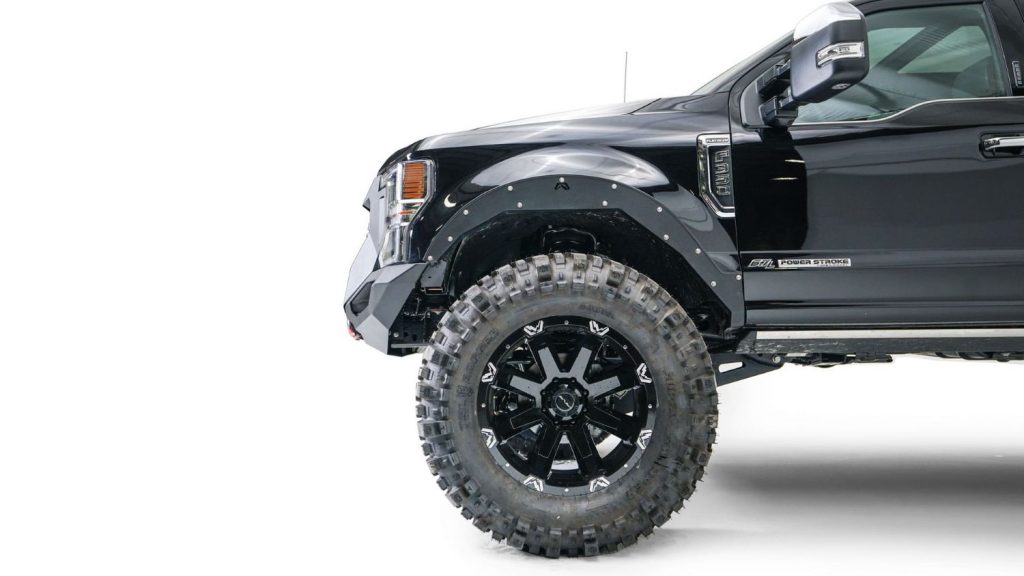 Fab Four’s own Ford F-350 is the testbed for this new grille/bumper combo, and it looks right at home on the all-black pickup. But few would ever guess this is a comfy Platinum-trim Super Duty judging by its incredibly aggressive appearance. It looks like the sort of thing that wants to eat us for a snack, not swaddle us in luxury as we hit the local trails. 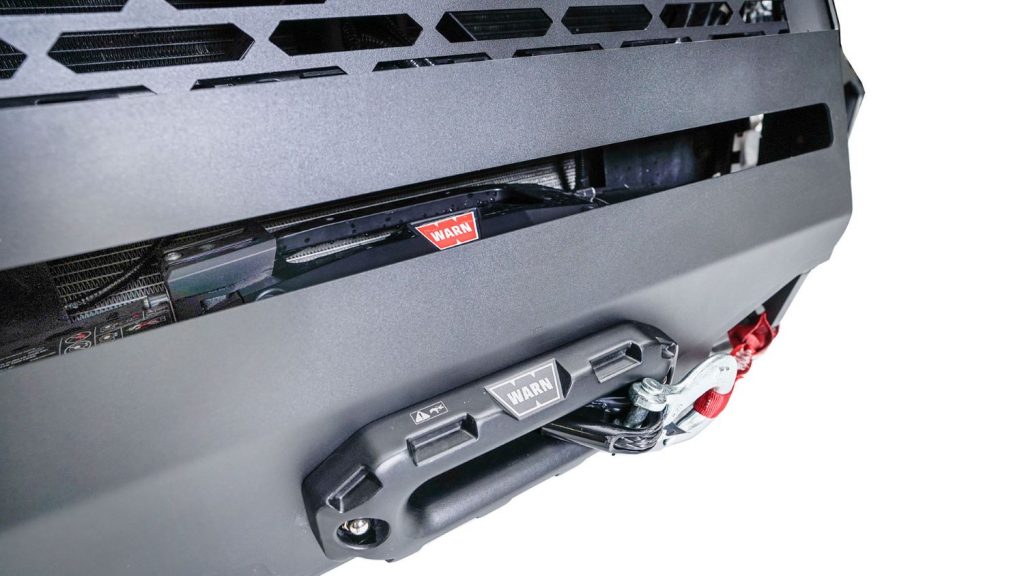 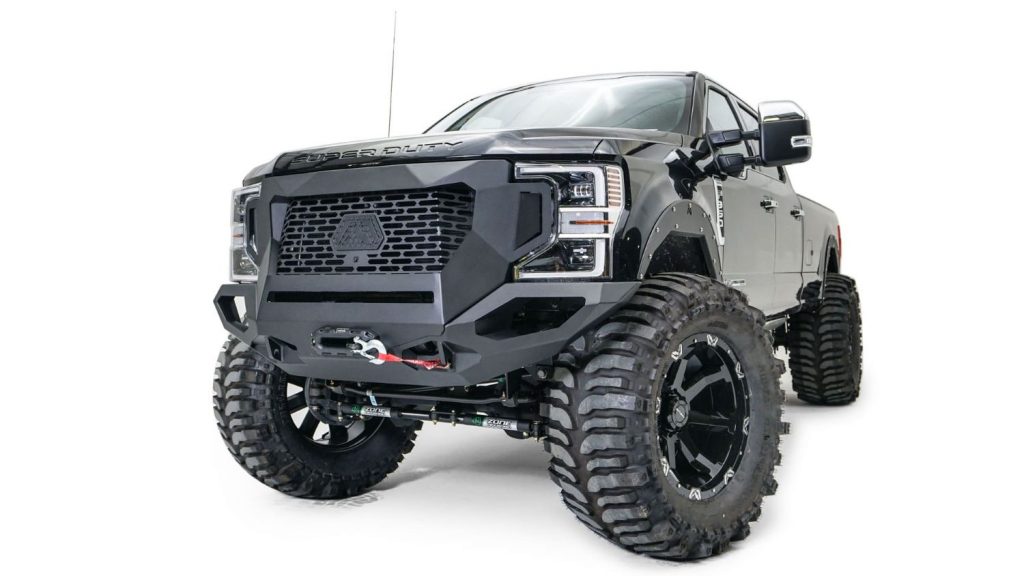 The centerpiece of this build, however, is its brand new Grumper design that differs from its predecessor in that it has no exposed fasteners for a smoother look. It also has a big mouth of a grille, room for a 30-inch LED light bar, up to four light pods, and a winch, and a separate tunnel insert that can be given a contrasting color if the owner so desires.

The Grumper 2.0 still retains factory levels of cooling thanks to some built-in vents and can even keep its factory adaptive cruise control functionality with a relocation kit. Altogether, it’s just as mean looking as the original Grumper, yet with a bit of a more refined, smoother look. But that’s certainly not to say that Fab Four has taken the edge off by any means.

We’ll have more cool parts and accessories to share soon, so be sure and subscribe to Ford Authority for the latest Ford F-Series news, Ford Super Duty news, and continuous Ford news coverage.