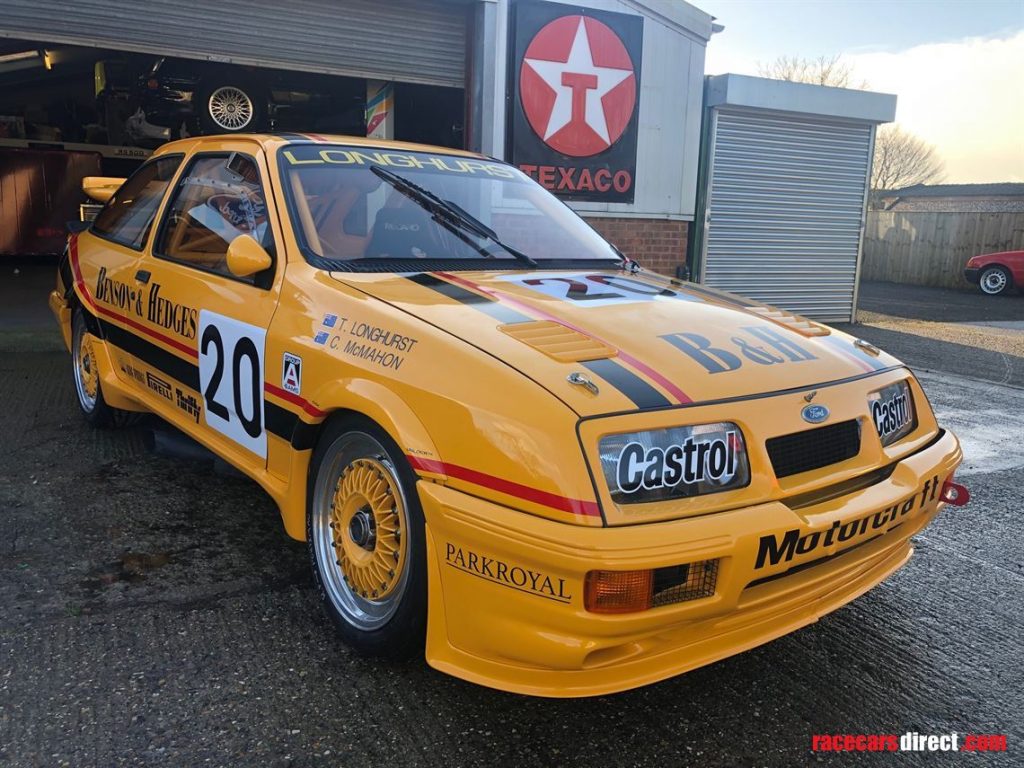 Ford Sierra RS Cosworth development began back in 1983 in an effort to make the Blue Oval competitive in European motorsports once again, a project it linked up with its longtime partner – Cosworth – to develop an engine for. Just a few years later, the development of an even more hardcore Ford Sierra RS500 Cosworth began – a car designed to completely dominate the competition on the track. Just 500 were produced in total, but this particular example, up for sale at Race Cars Direct, is a bit more special than most. 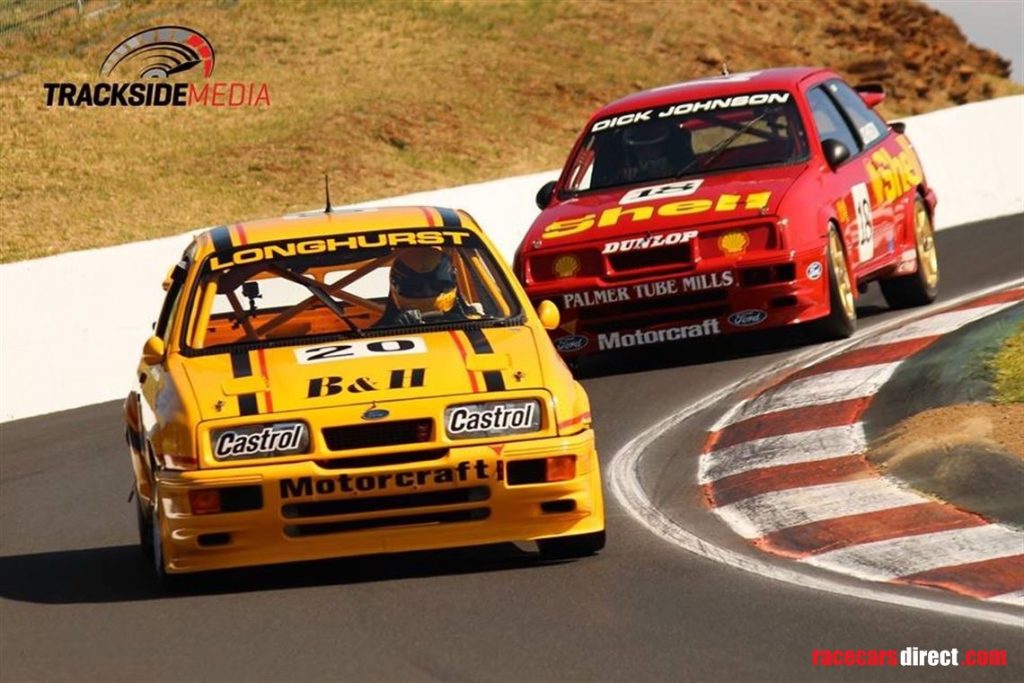 This particular Ford Sierra RS500 Cosworth was the last of five cars raced by the Longhurst Benson and Hedges racing team, and the only one built entirely in Australia by the renowned Frank Gardner and Jim Stone. When the car was completed in 1990, most considered it the finest Sierra chassis ever built. Interestingly enough, it’s also a left-hand-drive car, because it was specifically designed to win at the counter-clockwise Bathurst circuit. 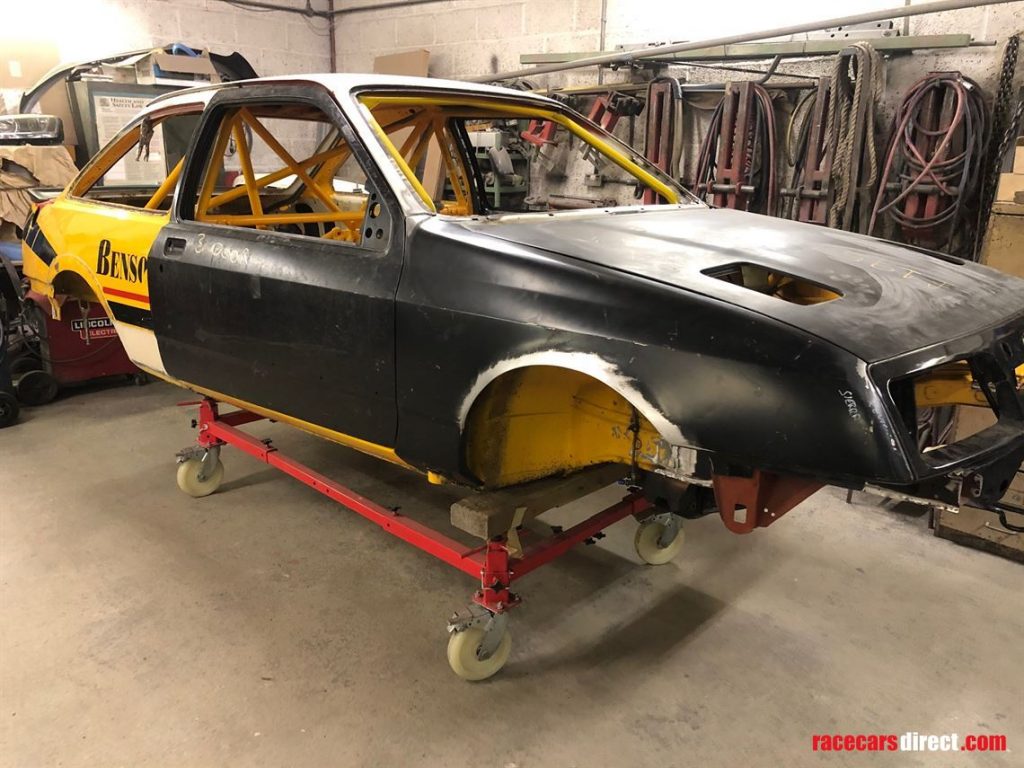 The purpose-built racer immediately set a new lap record at Bathurst, but was sold just one year later as Longhurst decided to return to racing BMWs. Brian Bolwell purchased the car and proceeded to race it at the 1991 and 1992 Bathurst 1000, but ultimately, the RS500 only saw action in 11 total races during its short-lived career before it was purchased by Carey McMahon, who went on to campaign it in a series of heritage events with great success. 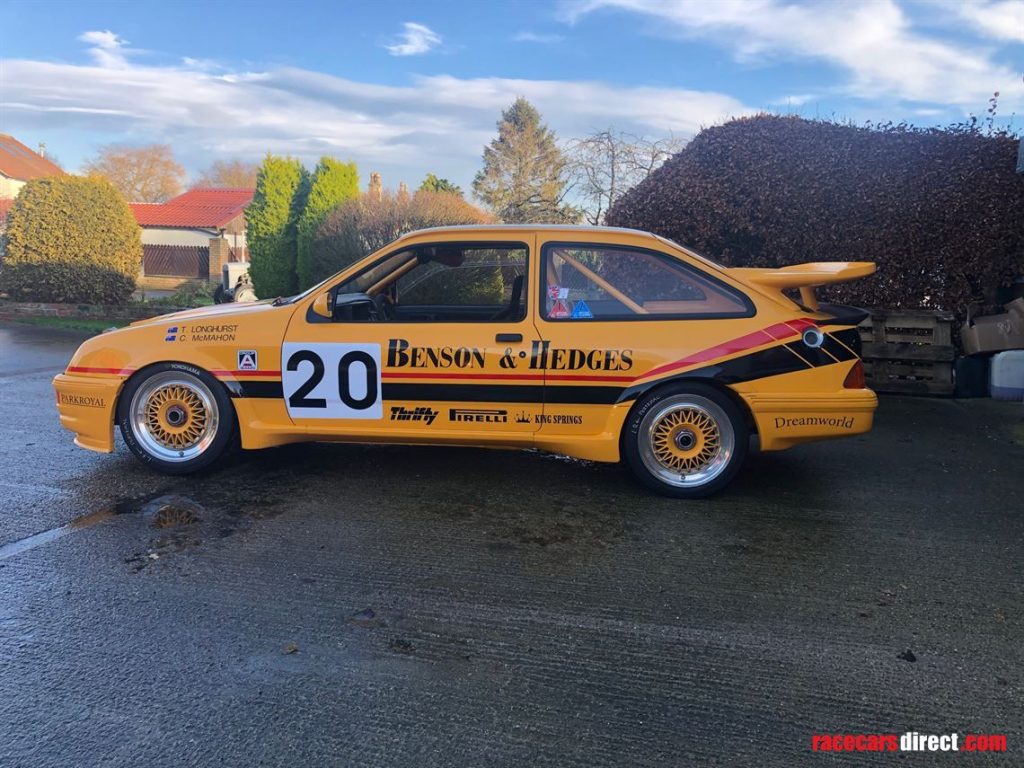 After suffering a bit of body damage at one of those races, McMahon decided to give the car a nut-and-bolt restoration. That included a mechanical and cosmetic refresh, with no expense spared.

And now, this historic Ford Sierra RS500 Cosworth is once again up for sale with an asking price of £250,000, or $338,950 U.S. dollars. But we imagine there’s at least one hardcore racing fan out there with the means and the desire to bring this rare piece of history home.

We’ll have more cool cars for sale to share soon, so be sure and subscribe to Ford Authority for non-stop Ford news coverage.