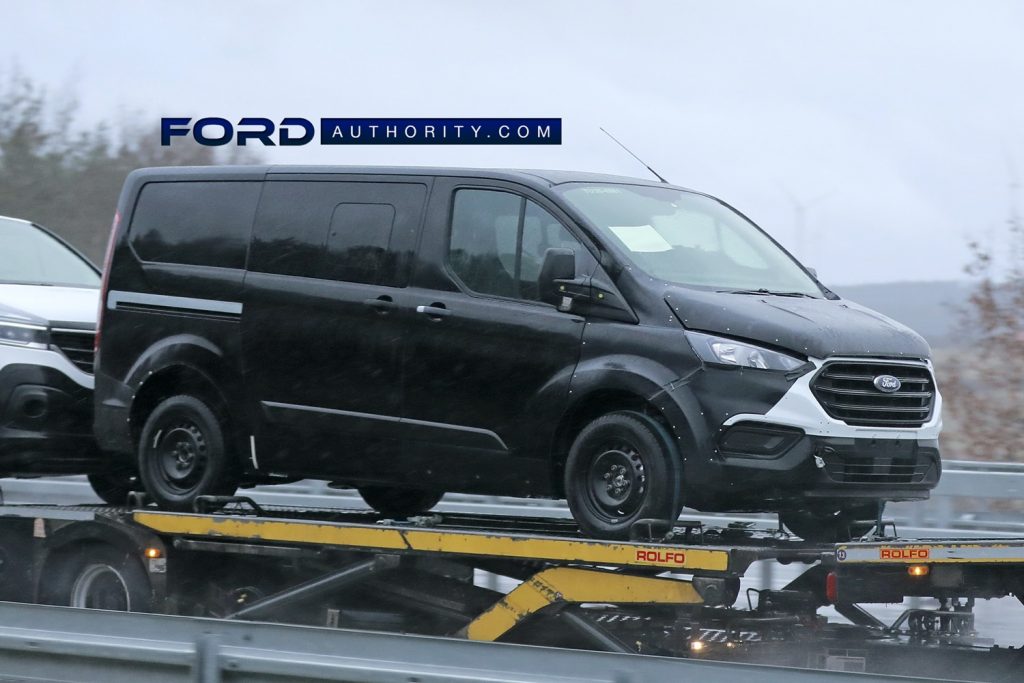 Though it has received a couple of facelifts in recent years, the current, fourth-generation Ford Transit has been in production since 2013. As such, it’s time for The Blue Oval’s global commercial van, as well as the Tourneo – the passenger van version of the Transit – to get a more extensive makeover. And that’s exactly what we’re seeing in these new spy photos of a next-gen Ford Transit / Tourneo mule, though there’s much more to it than that. 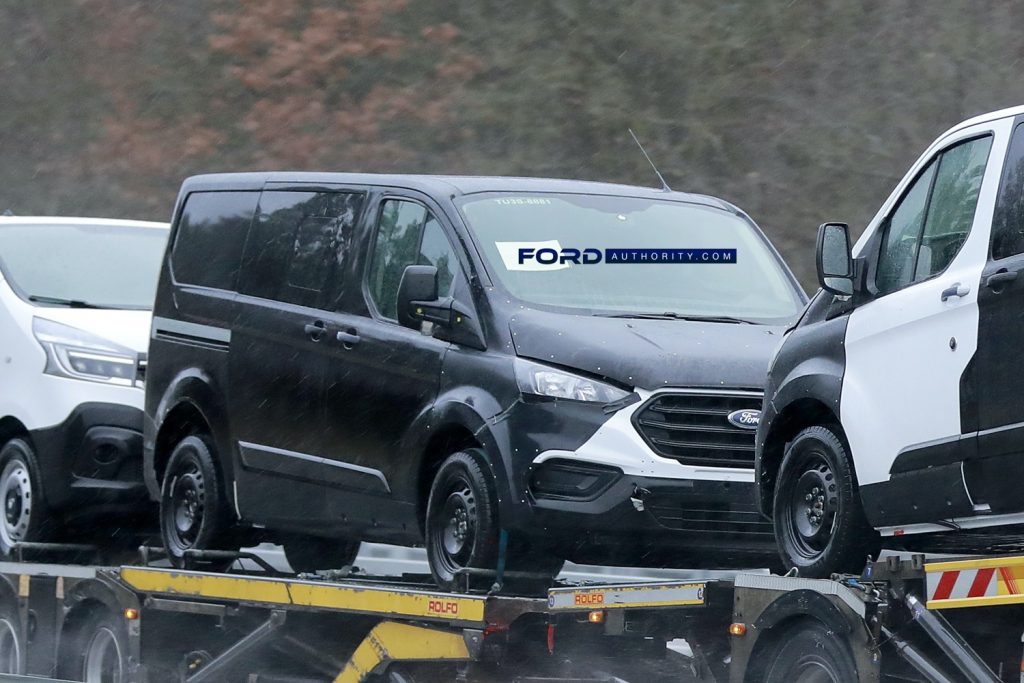 This next-gen Ford Transit / Tourneo mule was spotted on a truck on the German Autobahn and is undergoing testing at the same time Volkswagen is wrapping up the development of its next-gen T7 (Transporter) van. That’s notable because as part of the two automakers’ recently-announced partnership, the new T7 will be based on the next-gen Ford Transit and will even be built by The Blue Oval alongside the Transit Custom at the Ford Otosan Assembly Plant in Turkey. 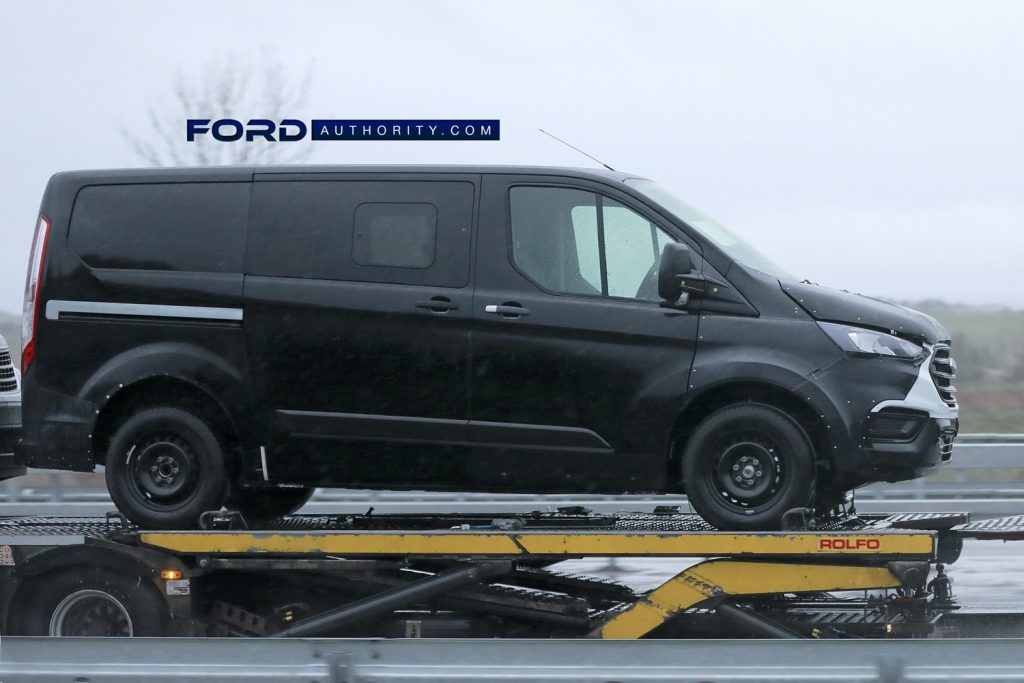 Thus, this mule is the first real-world fruit of Ford and Volkswagen’s tie-up, which is also expected to spawn a Ford-built mid-size pickup to replace the Ford Ranger and VW Amarok, a VW Caddy-based city delivery van built by Volkswagen, a one-ton van produced by Ford, and a European Ford EV built on VW’s MEB platform. Altogether, the two automakers expect these joint projects to produce up to 8 million units. 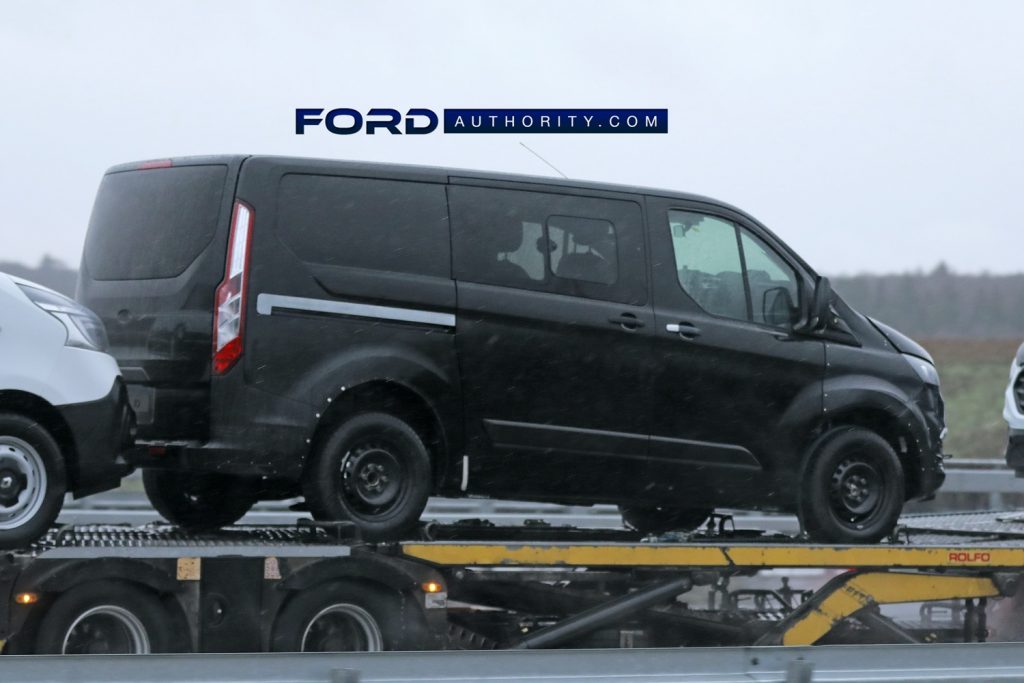 These moves, along with a $2.6 billion investment in Ford-backed self-driving software company Argo AI by Volkswagen, are intended to forge a global alliance to help both automakers leverage their strengths and spread out the development costs of new vehicles and related technologies.

We’ll have more on Ford and Volkswagen’s partnership and the next-gen Transit very soon, so be sure and subscribe to Ford Authority for the latest Ford business news, Ford Transit news, and non-stop Ford news coverage.