When Ford brought back the Boss 302 in 2012, it was the first Ford Mustang to bear that iconic nameplate since 1970. So the automaker wanted to do something extra special to mark this special occasion, and it did just that by producing a limited-edition variant dubbed the Boss 302 Laguna Seca Edition. Only 767 of these special cars were produced in 2012, and now, an extremely low mile example is going up for grabs at Mecum’s Kissimmee sale, which starts this week. 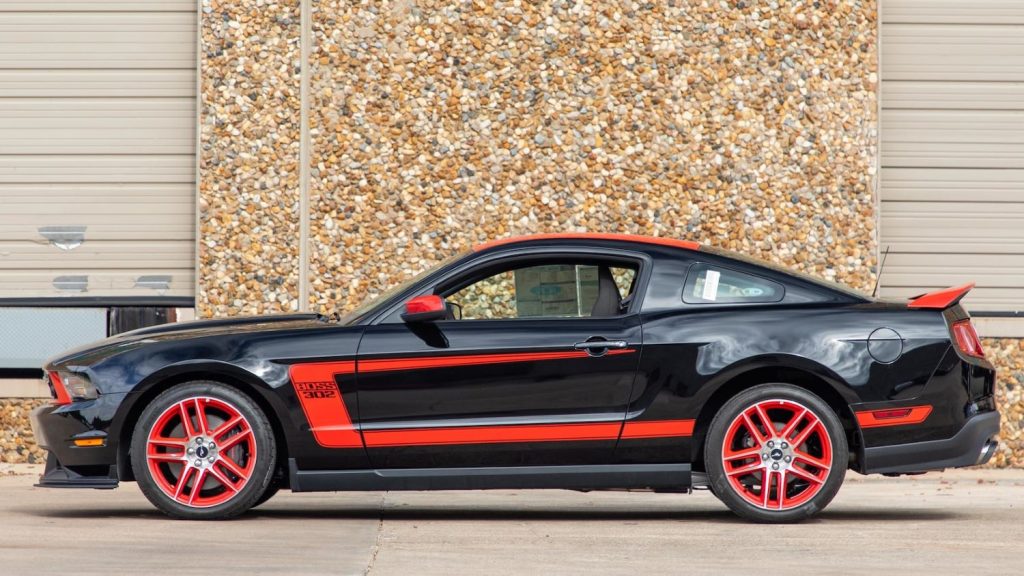 This particular Boss 302 Laguna Seca isn’t just in fantastic original condition, it also has traveled a mere 85 miles in its lifetime. In fact, the window sticker is still in place, and if we didn’t know any better, we’d think it was 2012 all over again after sliding inside the immaculate cabin of this very special car. 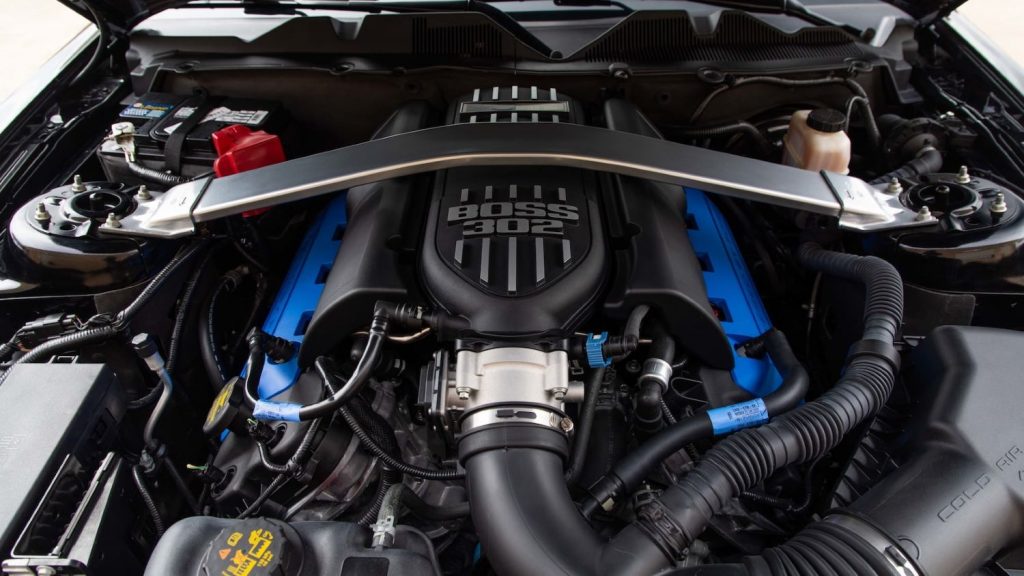 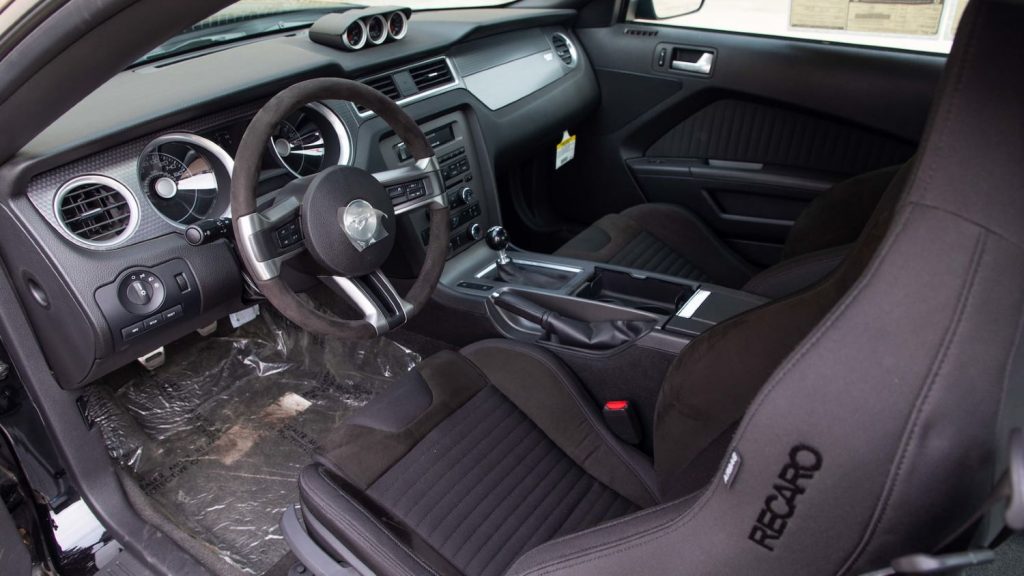 2012 Boss 302 Laguna Seca buyers were able to choose from two exterior colors – Black or Ingot Silver, with a red roof and red accents. For the 2013 model year, the car was offered in yellow or black, with reflective matte silver stripes. The exterior also features a larger rear spoiler and a more aggressive front splitter than the standard Boss 302 for increased downforce. 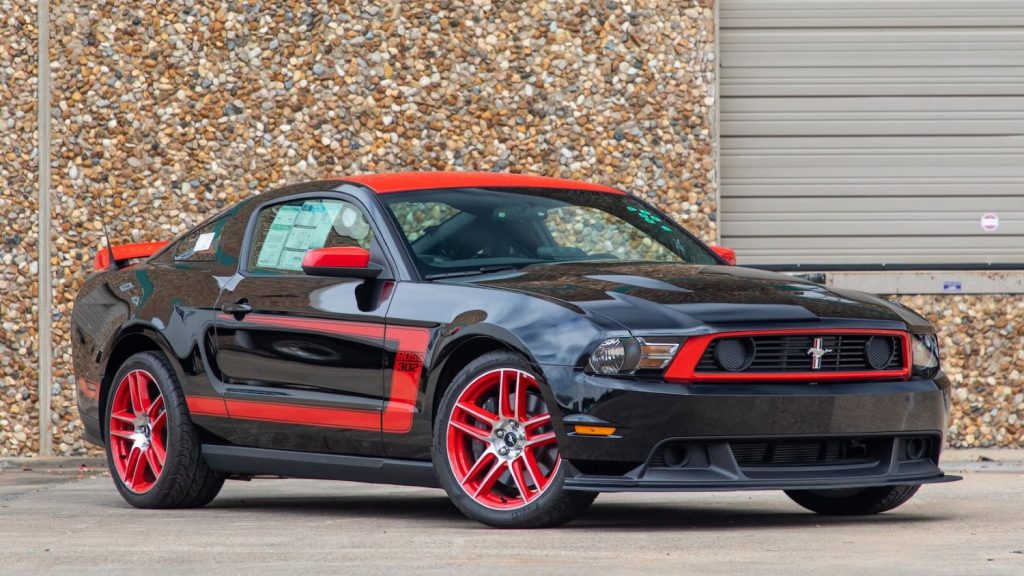 Power comes from Ford’s venerable 5.0-liter V8, which produces 444 horsepower and 380 pound-feet of torque. That power flows through a six-speed manual transmission to the aforementioned limited-slip differential to the rear wheels. But perhaps the coolest feature of the Laguna Seca Edition is its TracKey, a special red key that unlocks all 444 ponies and maximizes the car for track use. 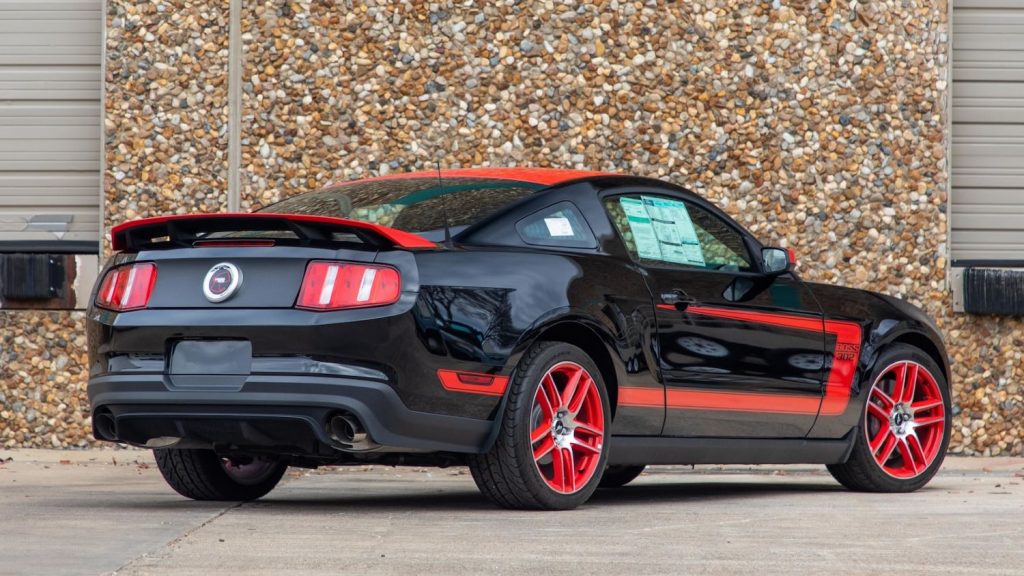 The Boss 302 Laguna Seca Edition is truly a cool piece of Mustang history, and we imagine that this one will attract quite a bit of attention when it crosses the auction block in the coming days.

We’ll have more cool auction finds like this to share soon, so be sure and subscribe to Ford Authority for more Ford Mustang news and around-the-clock Ford news coverage.