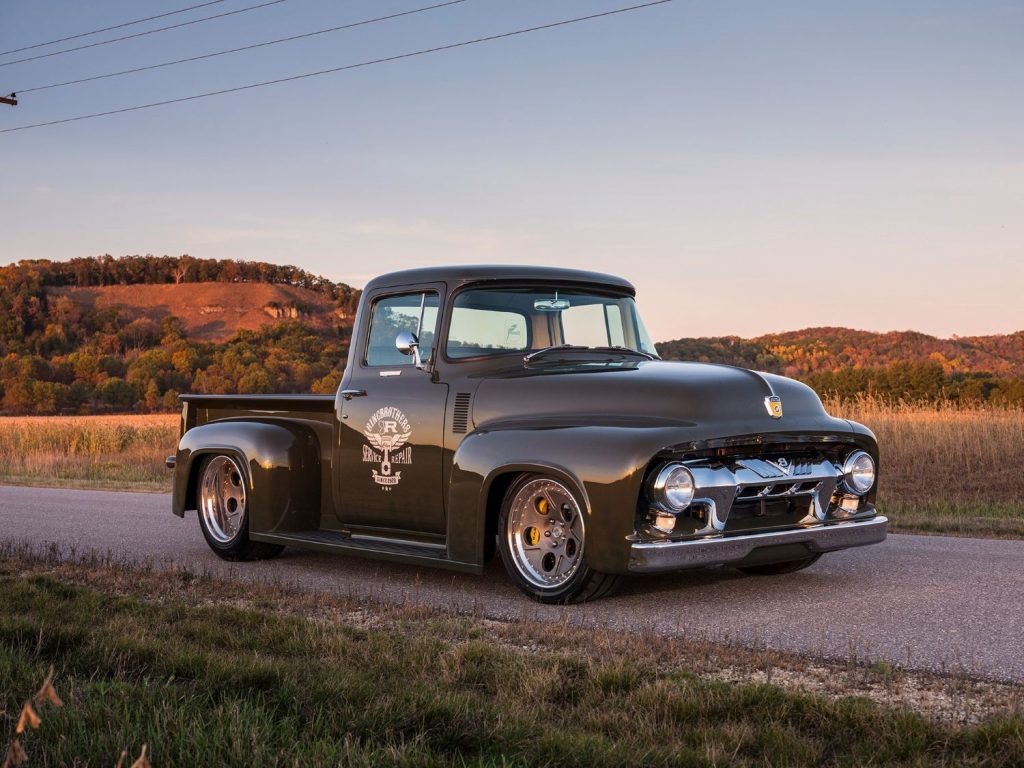 Over the past several years, Ringbrothers has earned a reputation for building some of the most amazing hot rods on earth. But prior to the Ford F-100 seen here, the world-renowned builder had shockingly never worked its magic on a pickup. Regardless, the first-ever Ringbrothers Ford F-100, dubbed “Clem 101” unsurprisingly knocked ’em dead when it debuted at SEMA a few years back. 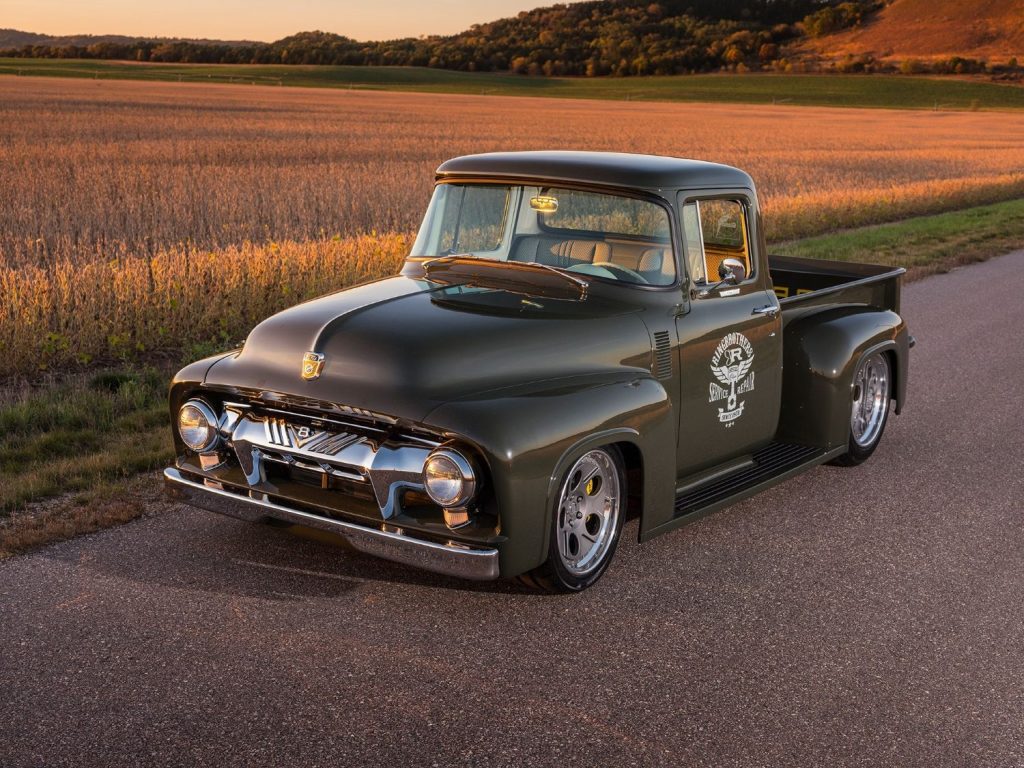 Fittingly, Jim and Mike Ring built this vintage Blue Oval masterpiece to serve as their shop truck, but it’s far cleaner than most. The Ring Bros actually started out with a 1954 F-100 that was in pretty terrible condition but swapped out the cab for one from a ’56 model before building a new bed from scratch, widening the fenders, and narrowing the wheel openings. 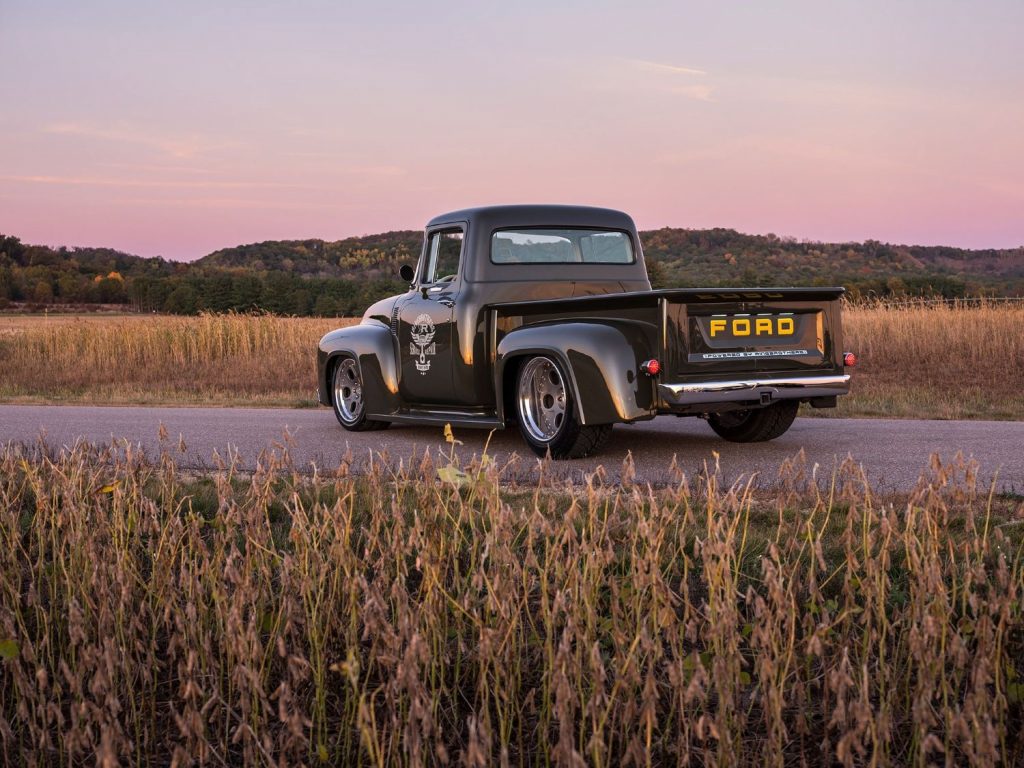 The Ringbrothers Ford F-100 does retain its original ’54 front grille, but the front and rear bumpers were modified and re-chromed. The doors were massaged and treated to rounded corners, with full-length, hand-formed running boards beneath them. With all of the bodywork out of the way, the team laid down several coats of BASF Glasurit “Speedy P Green” to finish it off. 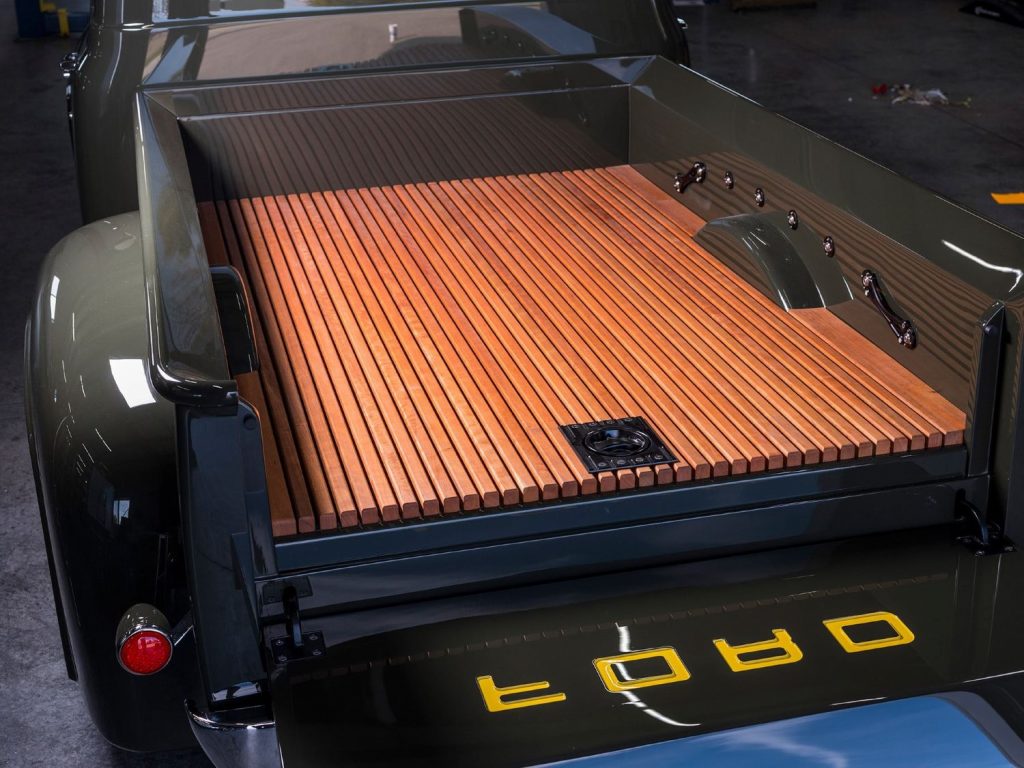 Underneath, Clem 101 rides on a Crown Victoria subframe that’s seven inches longer in the front and five inches narrower to fit the pickup body. Power comes from a Ford 5.0L Coyote V8 with a Ford Racing fuel injection system, which produces 415 horsepower that flows through a four-speed automatic transmission to the rear wheels while breathing through a Flowmaster exhaust. 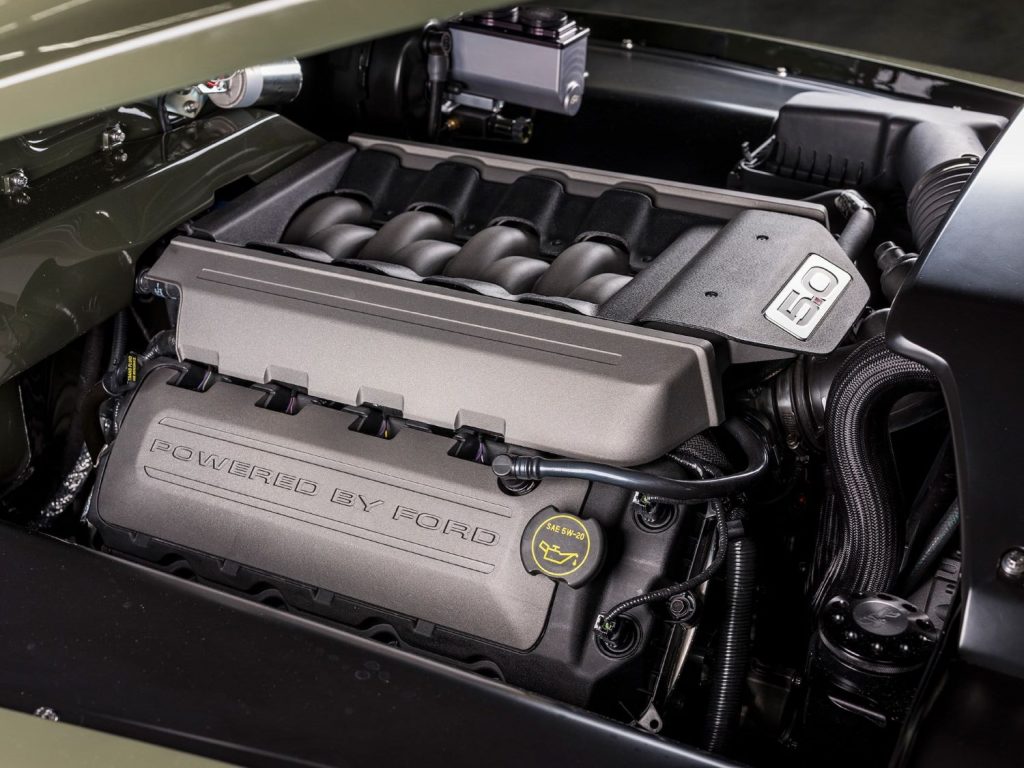 The rest of the mechanicals consist of Ridetech coilovers, a four-link rear suspension, QA1 front sway bar, and a Johns’ Industries 9-inch rear end. The truck rolls on a set of HRE Vintage Series 545 forged wheels measuring in at 19×11 in the front and 20×13 in the rear, which are wrapped in 305/35/19 front and 305/50/20 rear tires that cover Baer six-piston disc brakes. 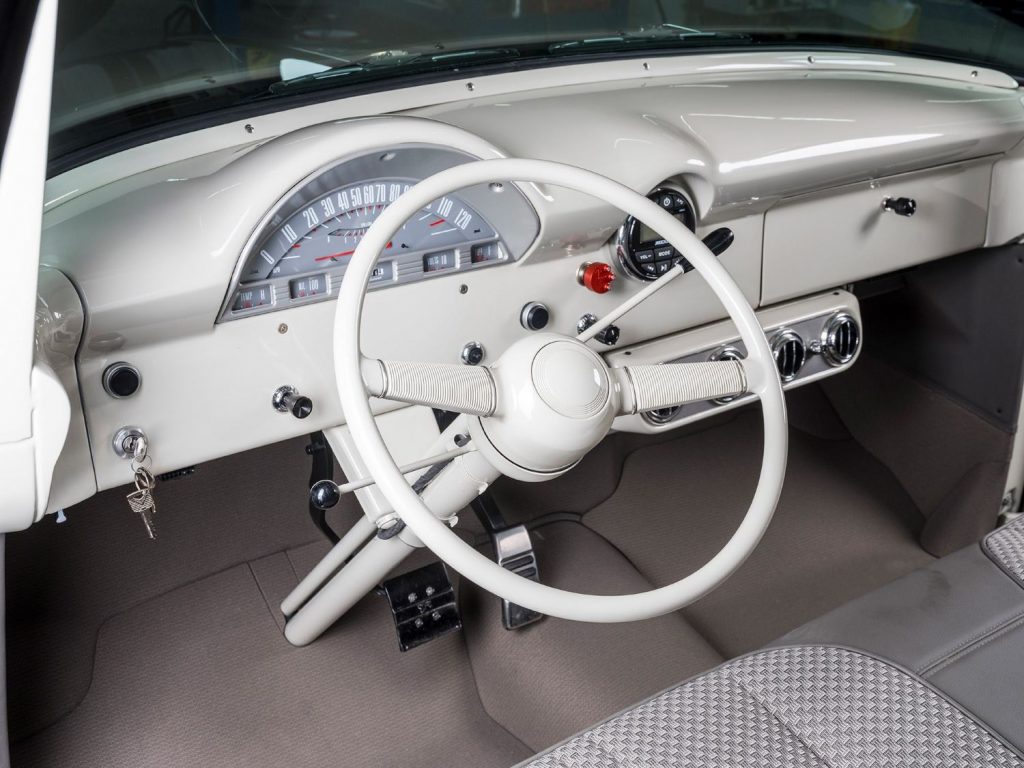 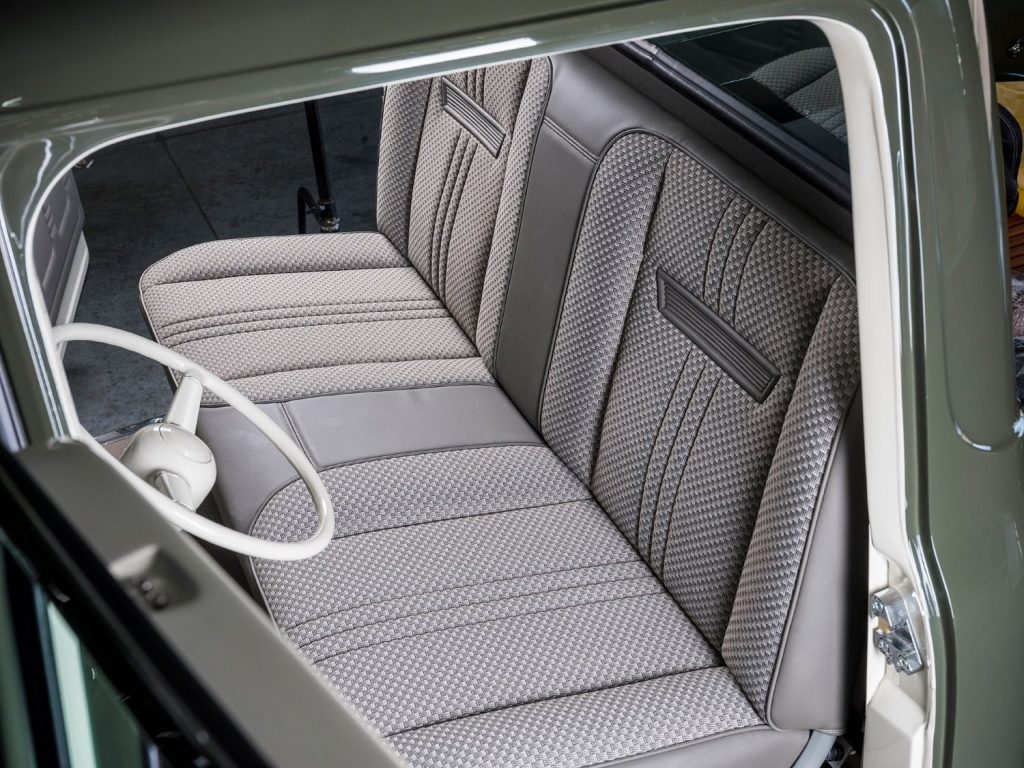 Add it all up, and Clem 101 is quite possibly the coolest shop truck on the planet, though we personally wouldn’t want to throw a bunch of greasy old parts in that beautiful bed.