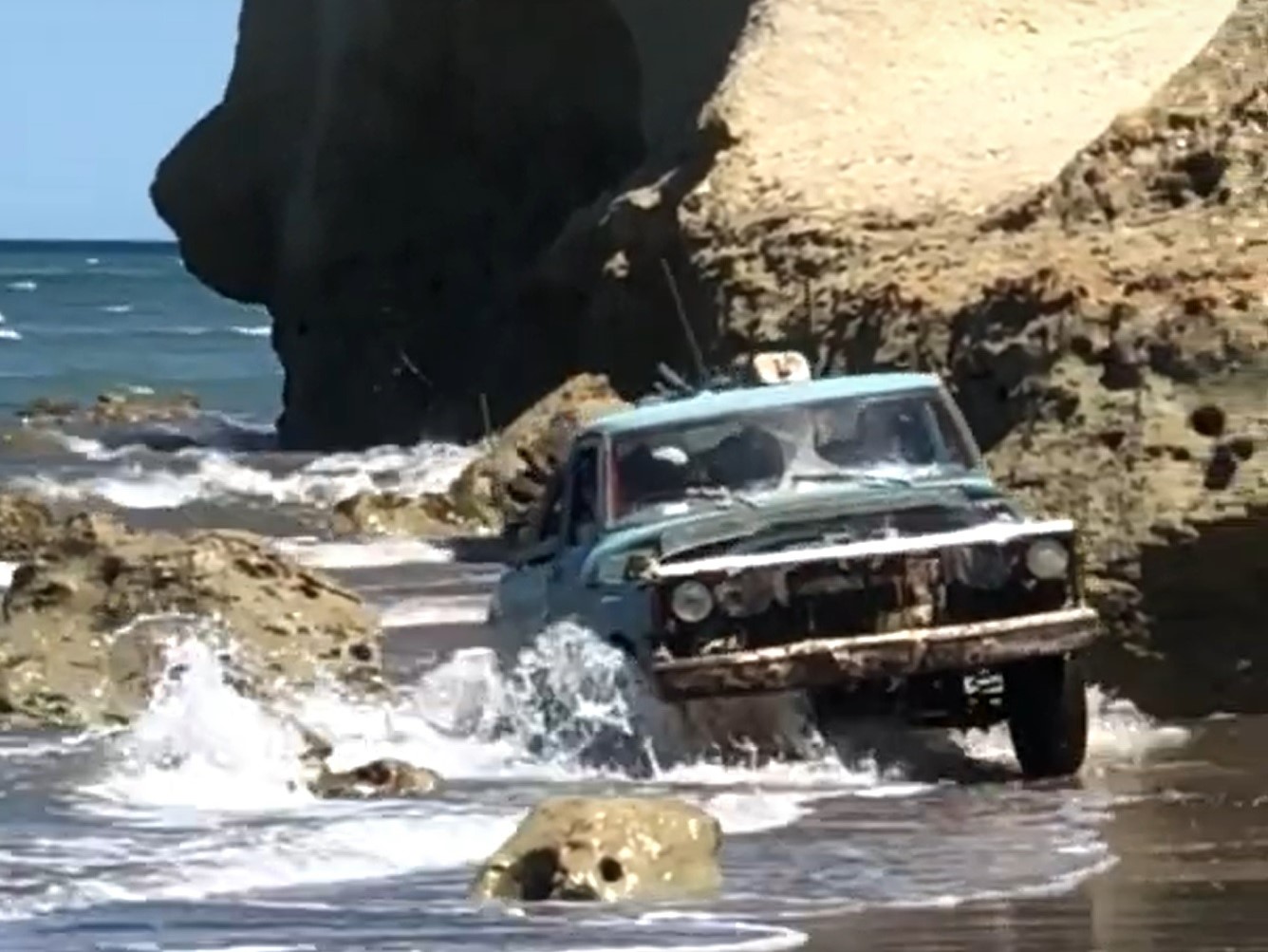 We’re always seeing various creatures emerge from the sea on the news, usually things like turtles, but sometimes whales or even cows. But one thing we haven’t seen crawling out of any ocean, at least until now, is a vintage Ford truck. Or a Ford truck of any kind, that is. However, now we can check that off our list as well because this video shows a vintage Ford truck emerging from the ocean hauling a bed full of wood like a boss. 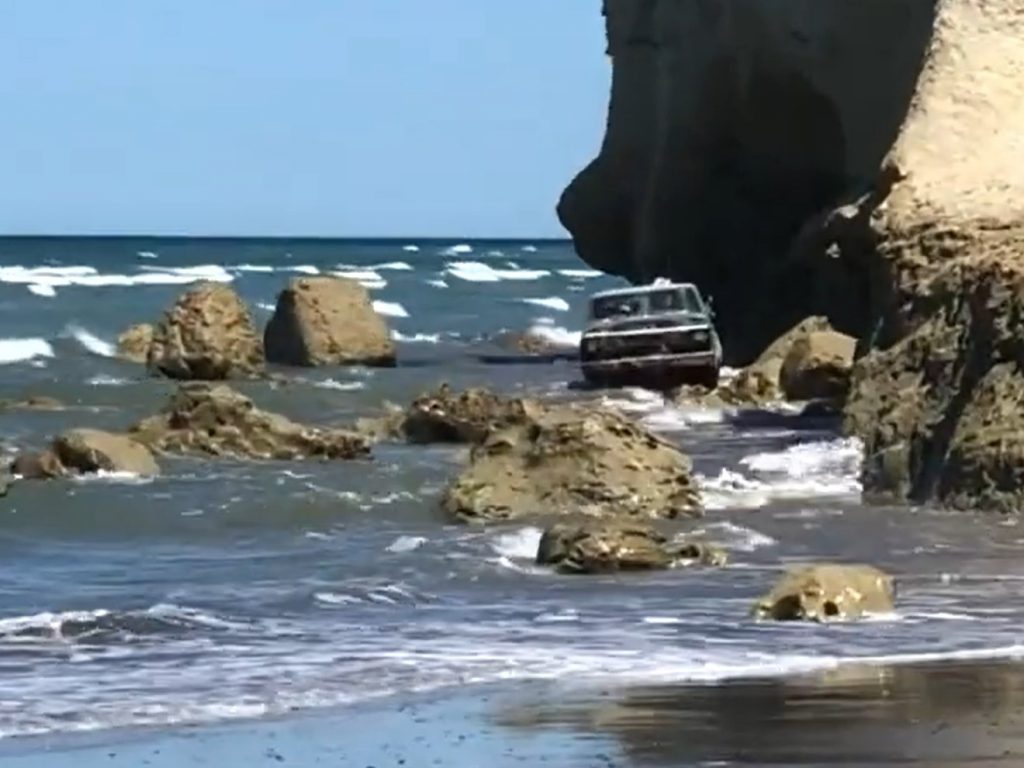 We don’t have a ton of context as to what’s going on here, but it’s highly entertaining nonetheless, as well as pretty darn impressive. 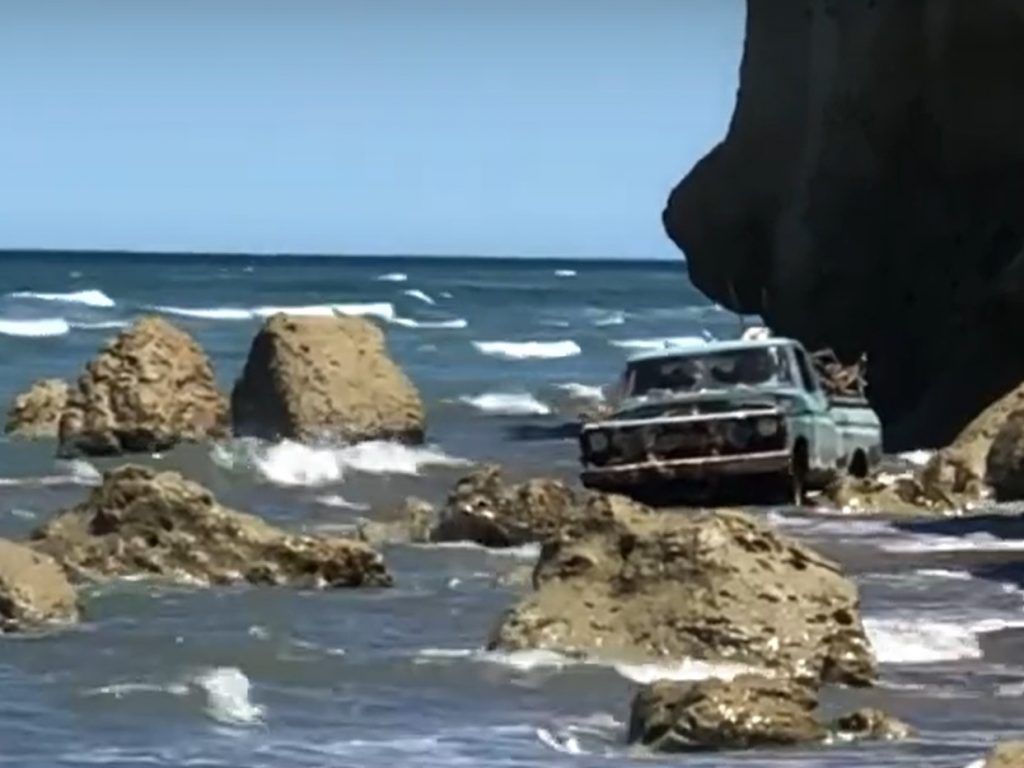 It all went down on the beaches of Las Grutas, Patagonia, Argentina, where the person that shot the video says they were helping free a Toyota that got stuck in the sand when they saw this vintage Ford truck emerge from the sea like some majestic creature. 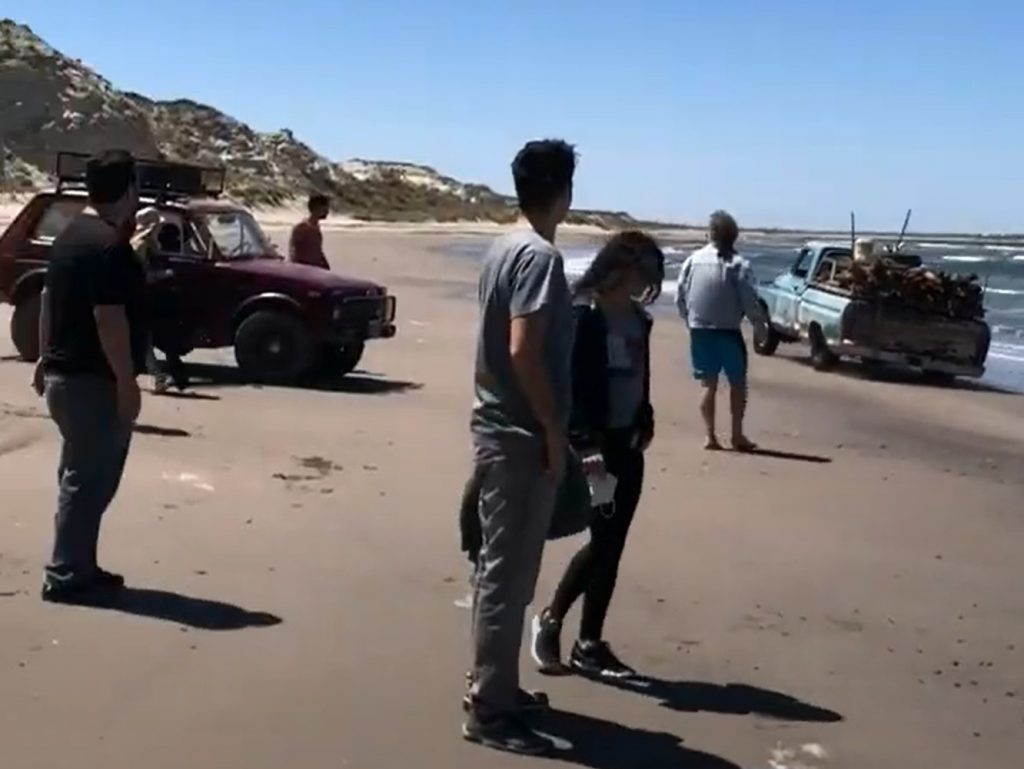 The odd sight made everyone stop in their tracks and stare, which heck, we can’t blame them for doing. And aside from being a strange thing to see, it’s also worth noting that the old Ford doesn’t look to be in the greatest shape. It’s missing its grille and the body is a little beat up, and the truck’s heavy load has its rear end sagging, too.

Regardless, the pickup keeps on chugging along, no matter whether it’s traversing loose sand or deep salt waters. It rides right on past the stuck Toyota, its owners probably chuckling to themselves that something with such a stellar off-road reputation can’t cross a simple beach without some help. At least, that’s what we’d be doing if we had just pulled off a super cool stunt like this, because they certainly earned the right to gloat a little.

We’ll have more videos like this to share soon, so be sure and subscribe to Ford Authority for the latest Ford F-Series news and continuous Ford news coverage.