While there were many performance variants of the Ford Galaxie produced during its time, those looking to build the quickest drag racers possible don’t generally go for such big cars. But that isn’t the case with this wicked 1963.5 Ford Galaxie and its owner, Nick. Nick’s dad used to cruise around in one when he was younger, and that prompted his son to follow in those footsteps, albeit with a much more powerful version of that 1963.5 Ford Galaxie 500 Fastback. 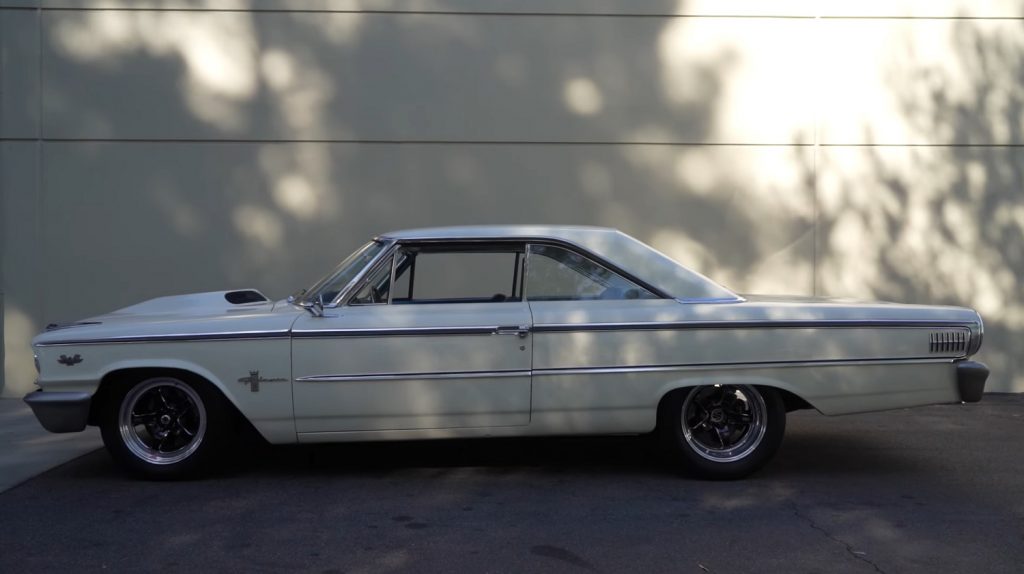 While Nick’s dad’s Galaxie was a lowrider with a custom paint job and hydraulics, Nick’s ride is a straight-up drag racer, which is why he went for maximum cubic inches under the hood. There lies a Ford 460 V8 that’s been punched out to 520 cubic-inches, which sends a whopping 720 horsepower (on pump gas) to the rear wheels via a build C6 automatic transmission. And since it’s running a Holley Sniper EFI setup, it should be quite tame on normal drives as well. 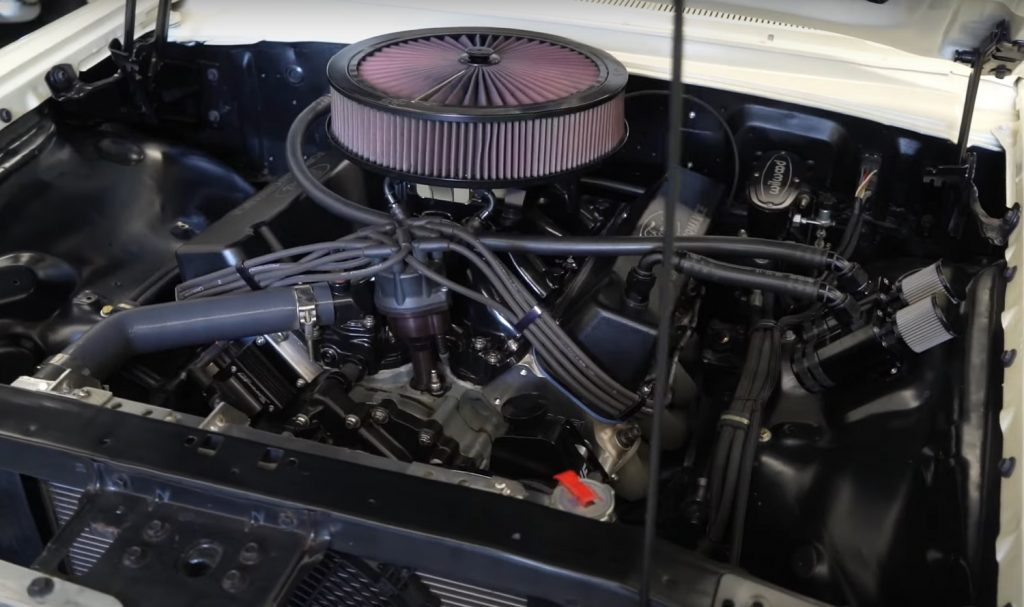 Underneath, the big vintage Ford utilizes Fat Man Fabrications tubular front control arms, Ridetech coilovers, and a fat sway bar up front, with a Ridetech four-link doing its best to put that power to the ground in the rear. 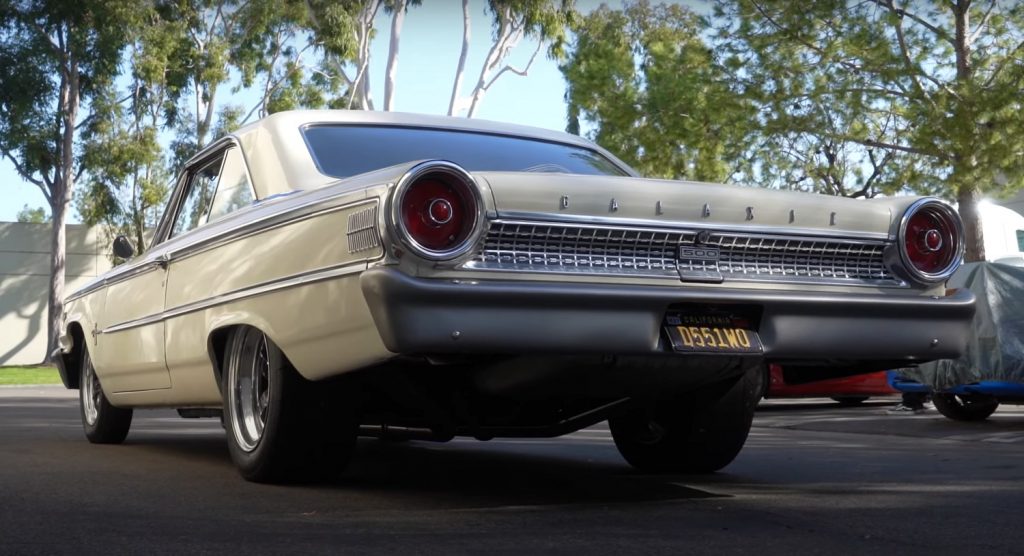 Six-piston Wilwood front brakes and four-piston rears with giant 13-inch rotors help slow the Galaxie down in a hurry, which is a good thing considering the fact that the car still weighs just shy of 3,800 pounds.

Breathing through headers and a 3.5-inch exhaust, the big engine’s sound pretty much takes away any sleeper appeal this Galaxie might have, but the huge rear tires and tiny fronts probably don’t help that cause, anyway, especially when they’re being liquified when Nick buries the gas pedal. Regardless, this is one seriously cool classic Galaxie that any Blue Oval fan worth their salt would love to own.

We’ll have more cool builds like this to share soon, so be sure and subscribe to Ford Authority for more Ford Galaxie news and around-the-clock Ford news coverage.