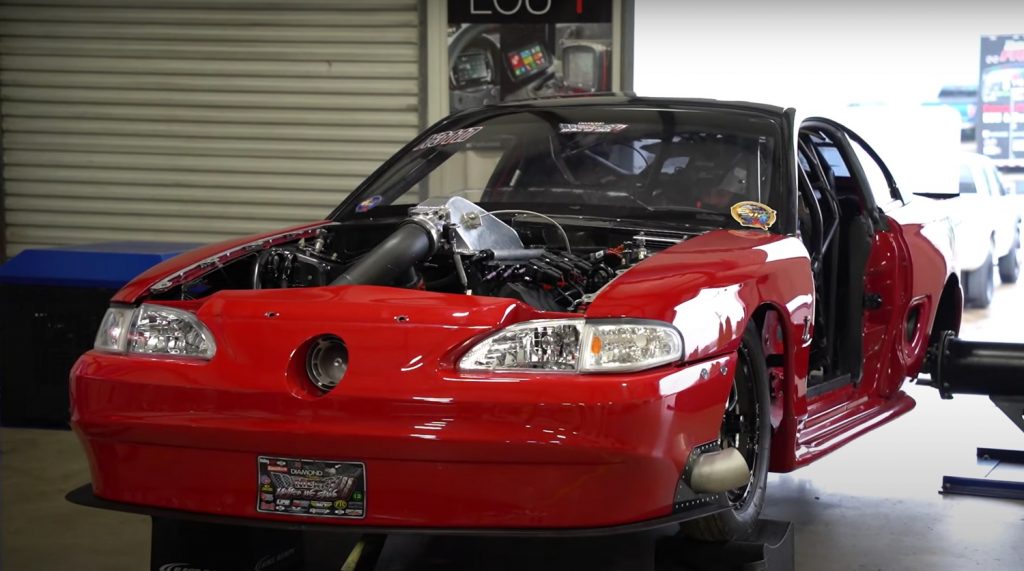 There’s no denying that we live in the golden age of horsepower. We can buy things like SUVs and trucks with 700+ horsepower, and extracting 1,000+ ponies from cars like the current Ford Mustang is as easy as slapping on a blower or a pair of turbos and a couple of other basic mods. But to make over 2,000 horsepower and actually put it to the ground, well, that’s a different story. And that’s what makes Grady Underwood’s 1996 Ford Mustang GT so special. 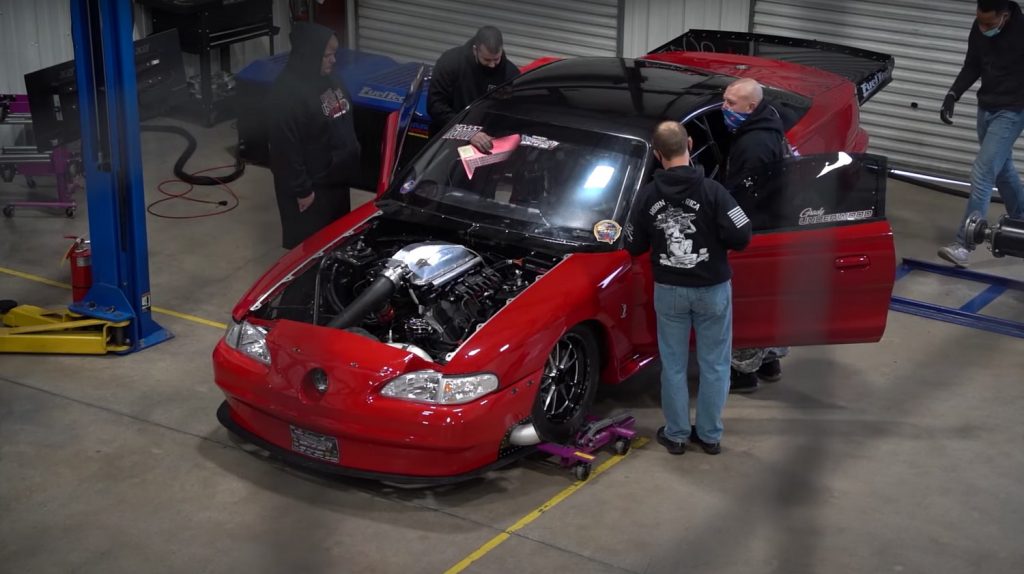 Underwood competes in the NMRA’s X275 class with his 1996 Ford Mustang GT, which means that it runs a small tire – which just boggles the mind even further. Its impressive power output comes courtesy of a 380 cubic-inch Blue Oval motor that’s wearing Hammerhead HEMI heads and is controlled by a FuelTech FT600 engine management system, with a big old 88mm turbocharger feeding it. 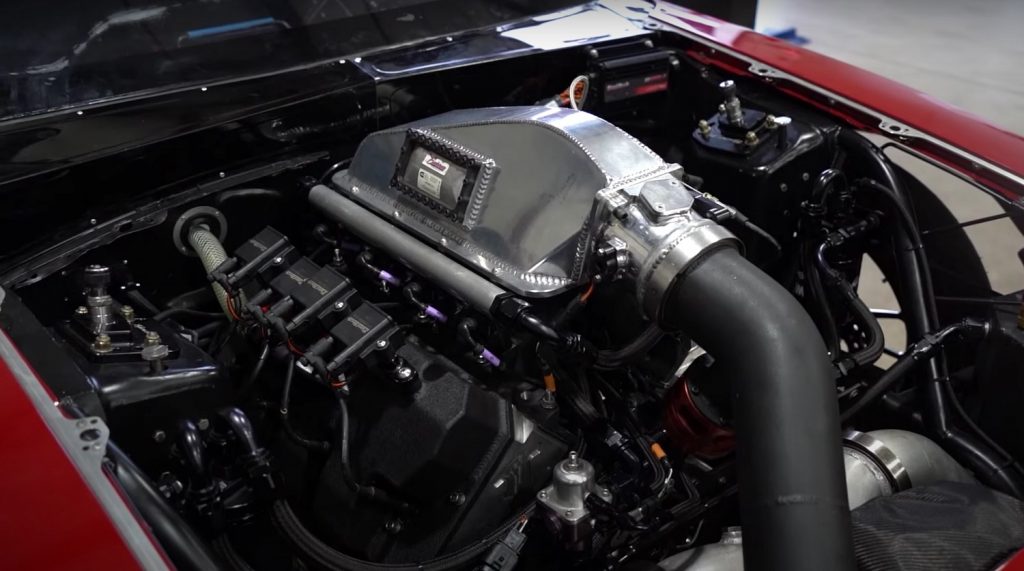 This video documents the latest changes to Underwood’s 1996 Ford Mustang GT, including new injectors and a new fuel system, which helped the crew pick up an additional 200 horsepower on the dyno. That brings its new total up to a ridiculous output of 2,303 ponies, which is more than enough to rocket this “streetable” racer down the eighth-mile in a hurry. 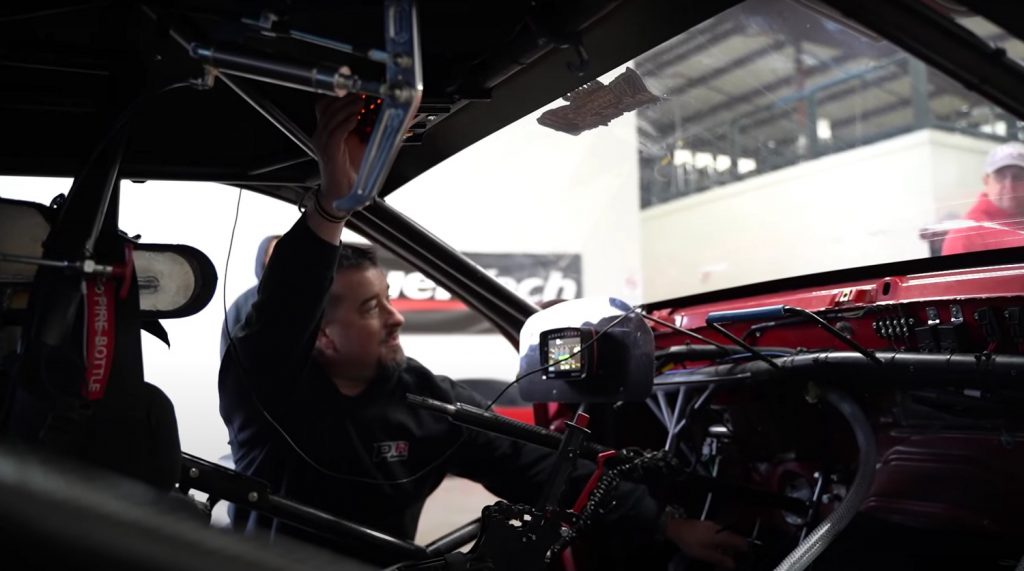 Prior to these upgrades, Underwood ran a best time of 4.32 at 168 miles-per-hour but believes that the car is capable of getting down in the 4.20 range now. Those are obviously ludicrous numbers, but X275 has become incredibly competitive in recent years after starting out as somewhat of a blue-collar class. Clearly, those days are over.

Regardless, it has produced some seriously incredible machines like this SN95 Mustang, and for that, we can certainly be thankful.

We’ll have more crazy builds like this to share soon, so be sure and subscribe to Ford Authority for more Ford Mustang news and non-stop Ford news coverage.