Since the 2021 Ford F-150 Raptor was revealed last week, Ford has blessed us with all sorts of stats and interesting tidbits about the brand new, third-generation off-road pickup. We’ve learned all about its innovative exhaust system, seen it jump really high in the air, scoped out its new rear coil spring suspension, and got our first real-world look at a prototype just yesterday. But there’s one important detail we don’t yet have – 2021 Ford F-150 Raptor horsepower and torque figures – and now we know why. 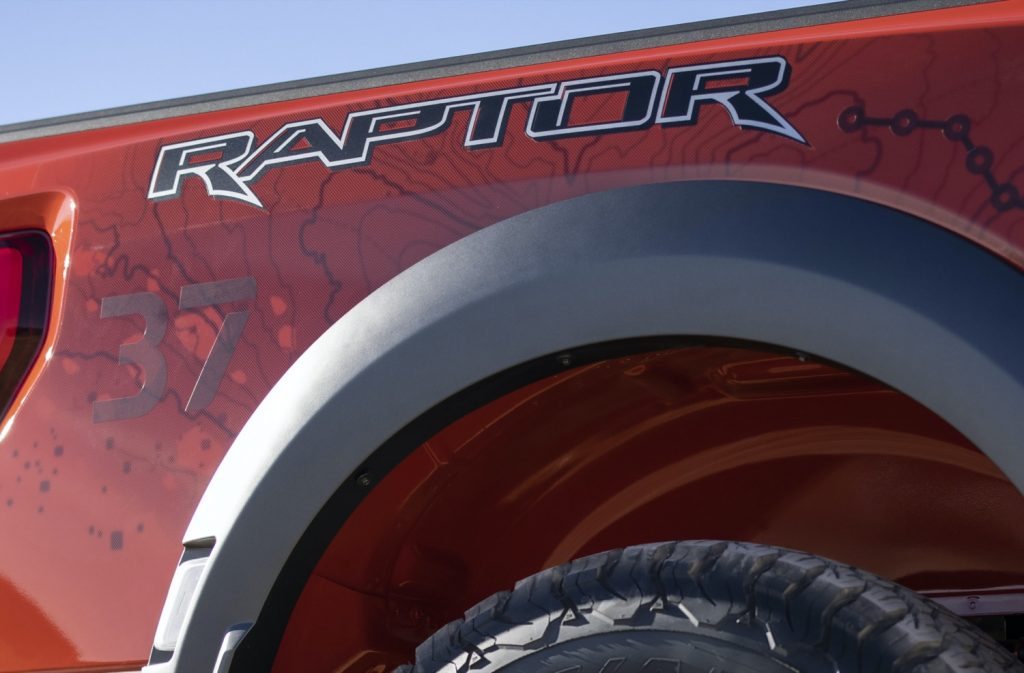 The “numbers will be shared later when they are certified,” Ford spokesperson, David Darovitz, told Ford Authority. Thus, it appears that 2021 Ford F-150 Raptor horsepower and torque figures have not yet been finalized, which means that we’re left to speculate. What we do know is that the 2021 F-150 Raptor and its 3.5L EcoBoost V6 will be more powerful than the outgoing model, but the question is, how much more?

In the chart above, we compare power figures for the outgoing 13th gen 2020 Ford F-150 equipped with the 3.5L EcoBoost V6 versus the 14th gen 2021 Ford F-150 with the same powerplant. As we can see, Ford increased output from gen-to-gen by 25 horsepower and 30 pound-feet of torque, or by roughly 6.7 percent and 6.4 percent, respectively.

For those that want even more from their new F-150 Raptor, Ford has promised an “R” version next year, which will be powered by The Blue Oval’s 5.2L Predator V8 producing somewhere between 725 and 750 horsepower – as first reported by Ford Authority.